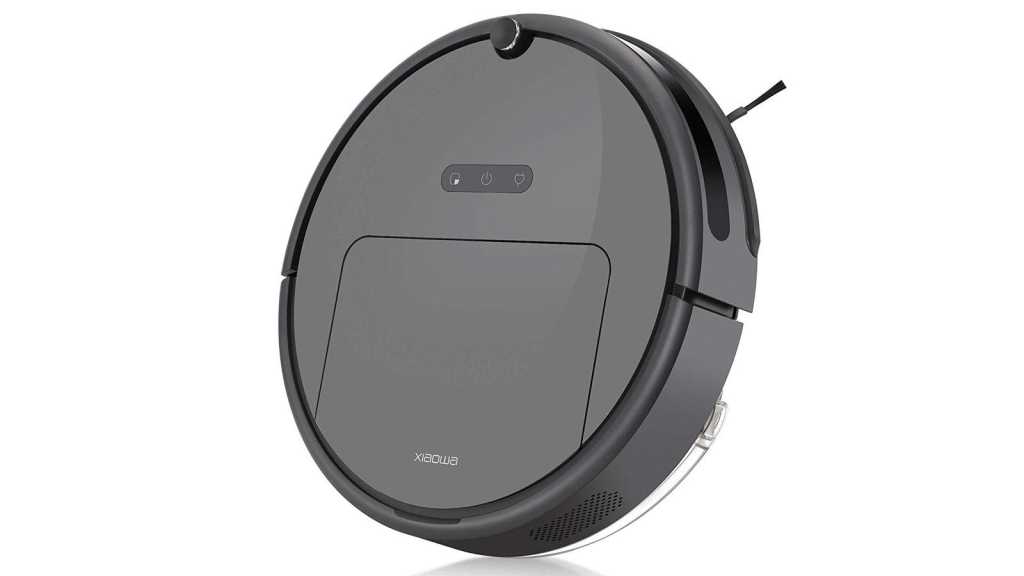 At this price, the Roborock E25 is a good vacuum cleaner. Don’t buy it for its mopping function, and spend more if you want the ability to set no-go zones, but it does a great job at vacuuming.

The choice of robot vacuum cleaners is huge, especially now that you can easily buy Chinese models from Amazon, both in the UK and US.

The best models cost up to £1000, but is it really necessary to pay that much? Is a ‘cheap’ robot cleaner a false economy?

The Roborock E25 is a mid-range model and costs £279 from Amazon, and $299 from Amazon US. There’s also a white version, which is called the E20 and costs the same.

This puts it in competition with entry-level models from Deebot N79S but it offers more in terms of features.

You can see more alternatives in our roundup of the best robot vacuum cleaners.

Like most robot cleaners, the E25 has a circular puck-like design. You might think this makes it ineffective at cleaning in corners, but a small rotating brush manages to reach into them and sweep dirt under the body so it can be sucked up.

Some rivals have two of these, but the E25 has one; this could explain why it sometimes left dirt in places.

Although it’s not a top-of-the-range model, you still get some good features including a dual-gyroscope and ‘high-precision optical systems’ which allow the E25 to methodically clean your rooms rather than the completely random approach that others take. It knows where it has been and takes a back and forth path, just as you would mow a lawn.

In addition to vacuuming, it also has a clip-on water tank and mop which means it will clean your hard flooring, though don’t expect stunning results that you’d get from a steam mop.

You can use the E25 using its three buttons (vacuum, spot clean and charge), but it’s best if you use the Android and iOS app. A combination of Bluetooth and Wi-Fi are used for first time setup, and the Mi Home app isn’t the greatest.

Using the app you can set up scheduled cleaning, which means the Roborock can vacuum when you’re out. You’ll need to ensure the floors are clear of wires and anything that could get caught up in the brush, though.

If there are any steps between rooms more than about 20mm tall, the E25 won’t be able to get over them, and you’ll have to lift it over if you want it to clean the other side.

Unfortunately, although this model will display a map of the cleaned area, you can’t do anything with it. It’s unclear if the map serves any purpose beyond navigating to and from the charging dock as we couldn’t see any evidence of the machine avoiding problem areas when it next vacuumed. The Roborock S6 has an editable map and lets you split it up into separate rooms, then set schedules to clean specific rooms. However, it is a lot more expensive than the E25.

The S6 also lets you set no-go zones with virtual barrier tape. We have an Ikea chair with a thin wooden base, not quite tall enough to make the Roborock stop and turn around, but too high for it to successfully drive over. This meant it would always get stuck on this piece of wood and have to be rescued. It also meant we couldn’t leave it to clean unsupervised.

The app also allows for remote control, both for starting an automatic clean and – oddly – manual controls for directing it around the place. It’s hard to know why those are there, as the whole point of a robotic vacuum cleaner is that it’s, well, automatic.

In general, we were happy with the E25’s cleaning. It picked up a surprising amount of dirt from the floors and definitely cut down the time we spent with our usual Dyson.

The mopping feature wasn’t that useful, and was no substitute for the steam cleaner we usually use.

We did like the option in the app to change the cleaning power / noise levels. There’s a choice of quiet, which reduces suction, but we found the normal mode was quieter than a standard vacuum cleaner. You can toggle a setting so that maximum suction is used when the E25 detects a carpet, and this worked well on the rug in our lounge.

The 1800Pa suction rating appeared enough for sucking up most things, including hair and pet hair. Larger pieces proved an issue, but this goes for most similar vacuums.

Battery life is around 90 minutes in the standard mode, and this was more than enough for cleaning the ground floor of our semi-detached house. The app reported an average cleaning area of 35 square metres, which meant there were quite a few areas it couldn’t reach.

It was mainly limited by chairs, being slightly too wide to fit easily between their legs. This means you should really put the chairs on your table for the best results, but the sensors did an admirable job of helping the E25 to get out of tight spots.

Only once did it get stuck and give up, and it always made it back to its charging dock. The dock comes with a plastic mat to prevent a wet mop from damaging your floor, but you don’t have to fit it.

If there’s one other feature we’d like it’s a sensor to indicate when the bin is full: it’s pretty small at 640ml and you’ll probably have to empty it after each clean. The app does, however, keep tabs on consumables and will tell you when brushes and filters need replacing, as well as when you should wipe over the sensors.

If you’re prepared to tidy up and move obstacles out of the way, the Roborock E25 does a good job of cleaning your floors. It doesn’t have all the bells and whistles, but it can mop hard floors as well as vacuum them – something you don’t usually see at this price. There’s even integration with Alexa and Google Assistant so you can link your Xiaomi account and set the robot cleaning with just your voice.