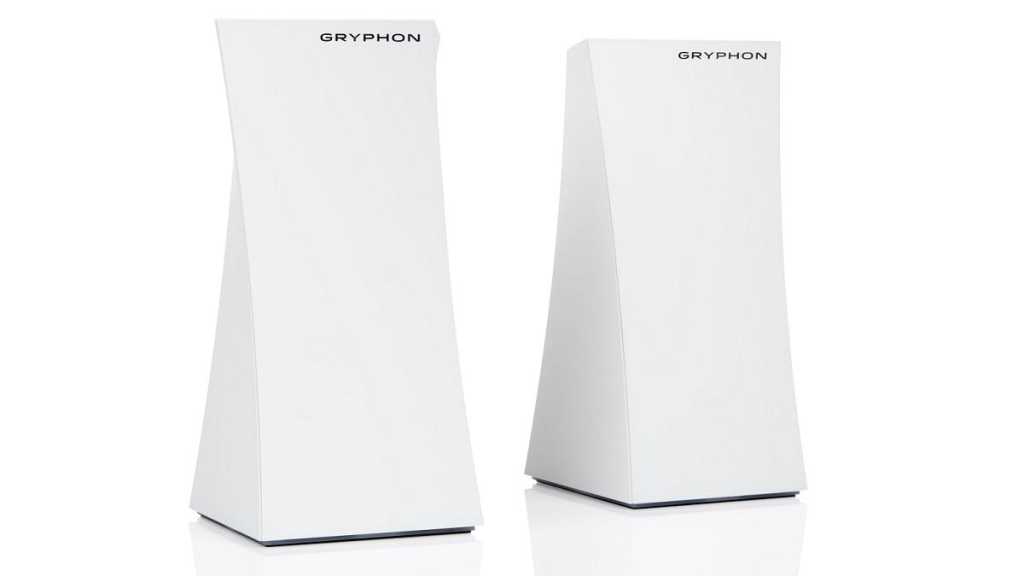 If you simply want a pair of fast mesh routers to provide you with a stronger, more reliable Wi-Fi signal at home then there are cheaper alternatives available. However, the parental controls and ease of use provided by the Gryphon app are very impressive, and a single Gryphon Smart Wi-Fi router would provide a good upgrade for parents who need a new router that provides strong performance and protection for their children while using the Internet.

Gryphon is a new kid on the block, having only recently launched its new Smart Wi-Fi router on Kickstarter. It’s got a good pedigree, though, as Founder John Wu was one of the inventors of the popular MiFi portable hotspot technology.

Of course, Gryphon’s late arrival means that it’s up against plenty of rival routers and mesh networking systems. It’s also relatively expensive, although Gryphon hopes that the router’s strong, tri-band performance and its focus on security and parental controls will help it to stand out in this crowded market.

The Gryphon Smart Wi-Fi is only a router, though, and doesn’t include a modem for internet access, so – as with most mesh routers – you’ll need to connect it to your existing modem or router in order to connect to the Internet.

Although the Gryphon routers are designed as mesh devices that can link together to cover a wide area than a conventional, standalone router, you can just buy a single router on its own for around £220/$249, and Gryphon claims that this should be suitable for most homes with up to three bedrooms.

There’s also a two-pack available for larger homes, which costs a little under £390/$399. You can find them at Amazon UK and Amazon US.

That’s pretty expensive, even for a high-end tri-band router such as this, with rivals such as Netgear’s Orbi offering a two-pack with similar specification for less than £300, so Gryphon’s Smart Wi-Fi will need to be pretty smart to earn its keep.

Check out all the best mesh Wi-Fi network systems in our chart.

To be fair, the Gryphon Smart Wi-Fi does make a good first impression. The stark white twisted-column design is quite striking, and makes my existing router look like a boring slab of concrete.

It’s a bit bulky, standing just over 9in high, and 4.5in across the square base of the unit, but that’s partly because it houses six internal antenna and supports 4×4 MU-MIMO (multi-user, multiple input/multiple output) to help provide fast connections to multiple devices around your home.

Each router provides tri-band 802.11ac Wi-Fi – with 2.4GHz and two separate 5GHz bands – with a total data throughput of 3Gbps per second. There are also three Gigabit Ethernet ports on the base of each router for wired connections, along with a fourth Ethernet port for connecting to your existing router.

The only thing missing is a USB port that would allow you to connect a hard drive or printer in order to share those devices on your network.

The hardware specification for the Smart Wi-Fi routers is pretty impressive, but there are less expensive tri-band routers also available. However, Gryphon really goes to town with its versatile and well-designed app.

The initial set up process is as quick and easy as any router that we’ve seen. It’s secure too, as you have to start by creating an account with the Gryphon app for iOS or Android devices, which then sends a security code to your email address to make sure that no-one else can use gain access to your account.

The app can then use the camera on your mobile device to scan a QR code on the router and automatically sets the router up in a matter of seconds. It even sends you a second email with links to some helpful tutorial videos and asking if you need a telephone call from Gryphon to help out with any problems.

Setting up a second router is equally straightforward, and one nice touch is that the Gryphon app gives you the option of keeping your existing network name (SSID) and password for the new Gryphon network, so that all your devices will continue to connect automatically.

Alternatively, you can accept the suggested default name for the new network, or create a completely new name and password of your own. By default, the app sets you up with a single network that combines both the 2.4GHz and 5GHz bands, but it does give you the option of separating the bands into different networks if you prefer.

And that’s just the start of the many options that are available. The parental controls are the real selling point, and the Gryphon app notifies you each time a new device connects to the network and asks if you want to ‘manage’ that device by assigning it to a user profile that determines the controls and settings that apply to each device.

There’s a default ‘Family’ profile that allows you to specify an age group – although this is based on the US school system, with options such as ‘middle school’ that don’t mean very much here in the UK – and other settings. Parents can tell the app to store the browsing history for each user profile, and to schedule ‘bedtime’ that blocks Internet access, or ‘homework time’ that restricts access to web sites that are suitable for academic work.

A key feature working away in the background is Gryphon’s CrowdRanking algorithm, which can block access to more than a million web sites that are unsuitable for children. It also provides a Safe Search option that can monitor search engine results, as well as searches on other sites such as YouTube. You can even block access to specific apps, such as FaceBook and Skype, or specify that an app such as Minecraft is temporarily blocked during ‘homework time’.

The Gryphon app also includes a year’s free subscription to the ESET malware software, although you’ll need to pay for that yourself at the end of the first year. Even so, Gryphon’s parental controls are more extensive and straightforward to use than those we’ve seen in most rival routers, and might well clinch the deal for parents who want to take more control over their children’s Internet use. 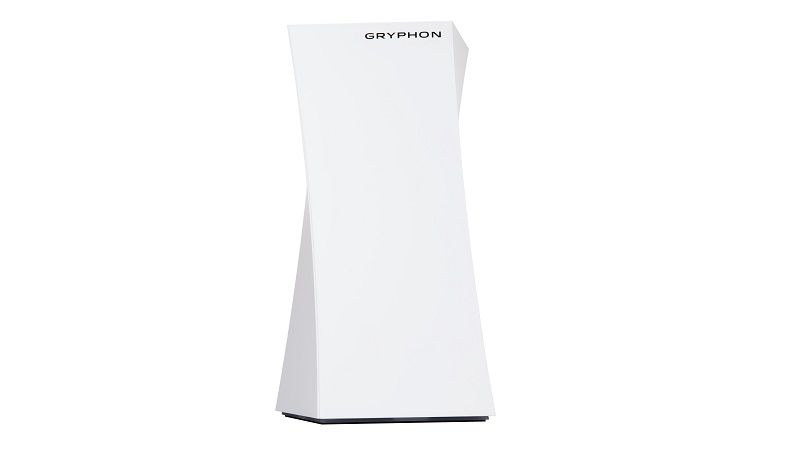 The Gryphon Smart Wi-Fi routers don’t disappoint when it comes to performance either. We started with a single Gryphon router connected to our existing fibre broadband router, and devices in the same room recorded strong speeds of 490Mbps.

That’s certainly fast enough for all but the most demanding users, although it’s only slightly faster than our existing router. However, it was the second Gryphon router that we set up in a back office that really earned its keep.

We normally rely on PowerLine adaptors to provide a wired connection in that office, but the Gryphon Wi-Fi network kept running at a steady 400Mbps, giving us a strong, reliable Wi-Fi signal at long last.