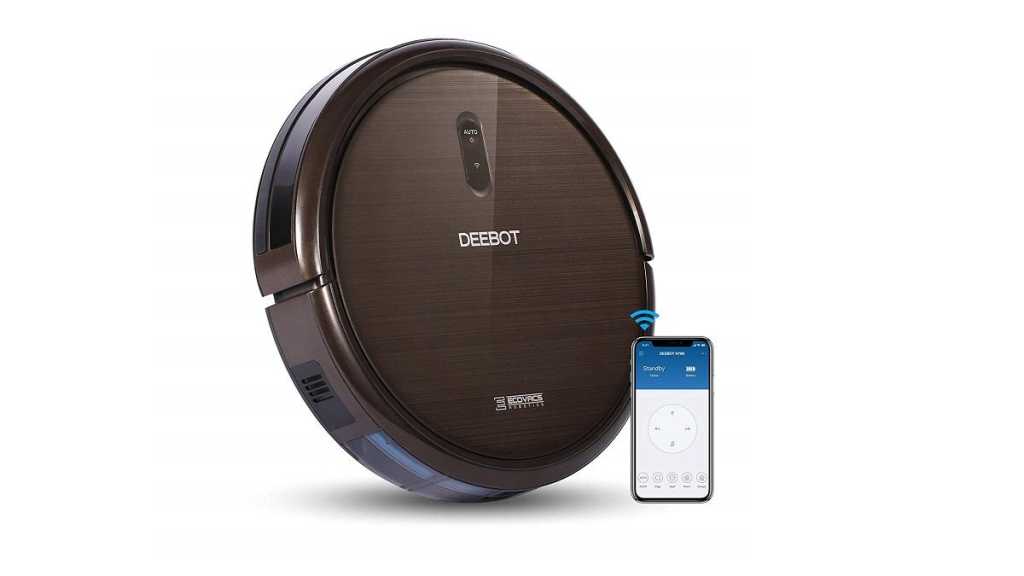 The Ecovacs Deebot N79S is a more affordable robot vacuum cleaner than many, which immediately makes it attractive. While it’s got some handy elements such as a remote control and Alexa support, the overall features and performance are basic. We’d like more cleaning power, especially on carpets, and the way it navigates can easily leave areas untouched.

Getting a robot vacuum cleaner to do the hard work for you is great, but they can be really expensive. Well the Ecovacs Deebot N79S provides a more affordable option.

Even the high-end Deebot Ozmo 930 is cheaper than some rivals but £549/$599 will be too much for a lot of consumers. After all, a robot vacuum isn’t capable of being your only cleaner.

At a much more reasonable £249/$299, the Deebot N79S is a more stomachable price point. You can buy it from Amazon and Best Buy.

This puts it in competition with the iLife A7 and Eufy RoboVac 30C. Check out the best robot vacuum cleaners in our chart.

The N79S is your quintessential robot vacuum when it comes to design. It’s like a huge ice hockey puck: flat, round and black.

It looks pretty much like the more premium Ozmo 930 but doesn’t have the traffic control tower-like addition on the top which houses sensors.

The device is easy to use with a master power switch on the side and then an Auto button accompanied with LEDs on top. The dust compartment comes out at the back, which is used as a water reservoir on the 930.

You get a docking station for the N79S to charge and the vacuum even comes with a remote control making it even easier to use. You can even hook it up to Alexa for voice activation.

Also in the box are the two rotating brushes you’ll need to attach and the main brush which sits underneath. Do bear in mind that the robot plus the dock takes up a fair bit of space so make sure you have somewhere convenient for it to live first.

The N79S is a lot more basic than the Ozmo 930, hence the price difference. This robot vacuum pretty much just does normal cleaning, but can handle both carpet and hard floors.

It doesn’t have mopping or any intelligent navigation so while the 930 cleverly goes up and down your floor methodically, the N79S will just go until it finds an obstacle. It then turns and sets off again. The end result means it bounces round the room sort of aimlessly like a ball in the classic game, Breakout.

There are some other cleaning modes available though including spot clean, edge clean and max mode. Using the app you can even drive the N79S around like a remote control car, which we found was often then best way to target dirty areas but defeats the point of it doing the work for you.

Sensors do stop it falling down stairs etc and generally they work well but we were miffed when the N79S got stuck by a chair and desk when there was plenty of space for it to drive away. It just went round in circles until we physically moved it.

Generally, the cleaning performance is good but we’d like it to be better. In normal mode (not Max), the N79S will pick up loose dirt but struggles to deal with anything more embedded into carpet. This combined with the way it navigates the room means that there will be unclean areas.

We’ve also noticed the vacuum skipping and bobbling over carpet frequently despite there being nothing obvious to cause this.

The N79S might be cheaper than the Ozmo 930 and other rivals, but there’s good reason for that. It doesn’t have the same power, attachments and extra features like the ability to mop.

For some, this will be a perfectly good amount of sacrifice in order to afford one in the first place. Just bear in mind that it’s generally basic on the whole so don’t expect immaculately clean floors.

You can make good use of the remote, app and Alexa support to get the most out of it so it’s still a good choice.