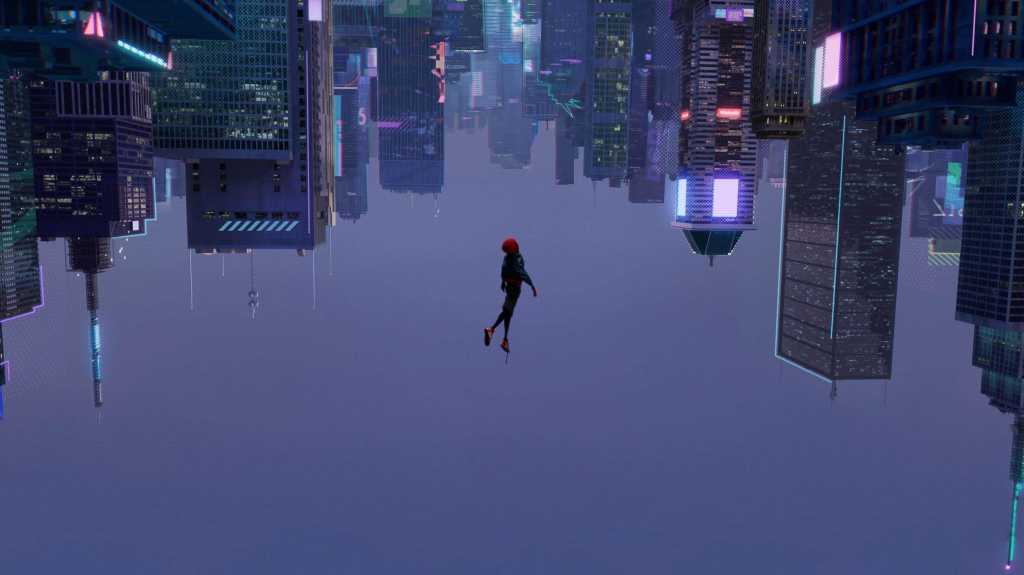 Spider-Man: Into the Spider-Verse just might be the best comic book movie of 2018 – not to mention the best Spider-Man adaptation yet. Shifting the focus to Miles Morales opens up new angles to explore through a familiar lens, while bringing in myriad alternate universe Spider-People opens up not only the film’s best jokes but also the chance to explore what really sits at the heart of the character. Vividly imaginative animation and a propulsive hip hop soundtrack keep the film moving at a breakneck pace while ensuring this is consistently inventive, and a refreshing change of pace for any suffering from superhero fatigue.

Spider-Man has been brought to the big screen in three different incarnations since 2002, but Into the Spider-Verse is something different. It’s got a new Spider-Man (Miles Morales), it’s entirely animated, and it’s cut through with a sense of street cred and effortless cool that’s almost entirely new to superhero flicks.

The film is out in the UK now (order tickets from Cineworld, Odeon, or Vue) and arrived in the US on 14 December (order tickets from Fandango or Atom Tickets), but read on to find out what we think of it. You can also check out the latest trailers for the film, or find out whether there’s anything waiting after the end credits.

Spider-Man: Into the Spider-Verse review

The repeated reboots of Spider-Man have become a bit of a running joke over the last few years, so you’d be forgiven for a bit of reluctance to watch yet another Spider-Man hit the big screen – not least since Tom Holland is still playing the character in the MCU’s Spider-Man and Avengers movies, including next year’s Avengers 4.

Into the Spider-Verse sets out its stall early though, acknowledging the history with a highlights reel of the over-done Peter Parker origin story before cutting to our real star: mixed-race Brooklyn teenager Miles Morales, who’s as committed a Spidey fan as the rest of us – he just has the benefit of living in a world where the wallcrawler is actually real.

It’s not giving too much away to say that Morales eventually has his own run-in with a radioactive spider, and shortly after finds himself dragged into a brawl between Parker and the Green Goblin, with tragic results including the triggering of a dimensional collider that brings Spider-People from across the multiverse crashing into Miles’s world.

Chief among them is another Peter Parker – but don’t worry, he’s not the Peter you know. This is a Spider-Man who’s been on the job a little too long, who’s past his prime, world-weary, and boasting a pizza gut that’s not so spandex-friendly. His journey to a reluctant mentor is the parallel to Miles’s progression to superhero in his own right, and there’s more emotional oomph here than you might expect.

Rounding out the central trio is Gwen Stacy’s Spider-Woman – already confirmed to be getting her own girl-centric Spidey spin-off – who has her own tragic backstory and emotional arc, while comic relief comes from the film’s more outlandish Spider-People.

There’s Spider-Man Noir, a ’30s detective voiced by Nic Cage whose black-and-white reality leaves him flummoxed by a simple Rubik’s Cube. Or Peni Parker, an anime-inspired schoolgirl with her own spider-powered robot complete with kawaii facial expressions. Best of all is Spider-Ham, a spider bitten by a radioactive pig whose animation is a glorious throwback to the era of Hanna-Barbera.

That’s far from the film’s only animated flourish though. The visuals flicker in and out of focus, accented throughout by Ben-Day dots, the immediately recognisable result of the printing processed used in Spidey’s early comic book days. Throw in the occasional flashes of comic book panels, sound effects, and thought bubbles – not to mention a near-hallucinogenic final act – and you have hands-down the most visually inventive blockbuster of the year, and the first animated film in ages that genuinely doesn’t look like anything else out there.

Despite the abundance of Spider-People, this is Miles’s story through and through. His Brooklyn background runs through the movie, from the soundtrack – a hip-hop infused selection that only graduates to Elfman-esque orchestral flourishes in the grand finale scenes –  to the most diverse comic book cast this side of Black Panther.

The Get Down’s Shameik Moore brings the heart of the film as Miles, but he’s backed by heavyweights like Brian Tyree Henry and the inimitable Mahershala Ali. Delve deeper into the credits and you’ll find the likes of Lily Tomlin, Kathryn Hahn, Liev Schreiber, and the aforementioned Nic Cage – it’s clear that there was a commitment here that even the fringe characters deserved the best performance they could get, and there’s not a dud among them.

As deep as the cast is, it pales in comparison to the film’s wealth of Marvel references. There’s the requisite Stan Lee cameo of course (made all the more heartwarming in light of his recent passing), but look closer and you’ll spot legions of references to Spidey’s rogues gallery (here in full force), alternate costumes, long-forgotten plots, and even creators like Brian Michael Bendis – responsible for bringing Morales to the comic’s pages in the first place.

All of that falls to the wayside when you’re actually watching the film though. Because as fun as the in-jokes and nods to fans are, they don’t really matter – and they’re not necessary to enjoy the film either. Even the fact that this is a long overdue chance to give us another hero of colour – overwhelmingly important as that is – might be forgotten five minutes in.

Because above all, this is a film about Spider-Man – one of them, all of them, no matter their skin colour, gender, or species – and more than any Spidey film before it gets to the beating heart of the character. Into the Spider-Verse understands that it’s the persistence, the irrepressible optimism, the sheer goodness that makes a Spider-Man – or woman, or pig, or robot. Throw in startling animation, a razor sharp script, and a stellar cast, and this is the new Spidey film to beat.