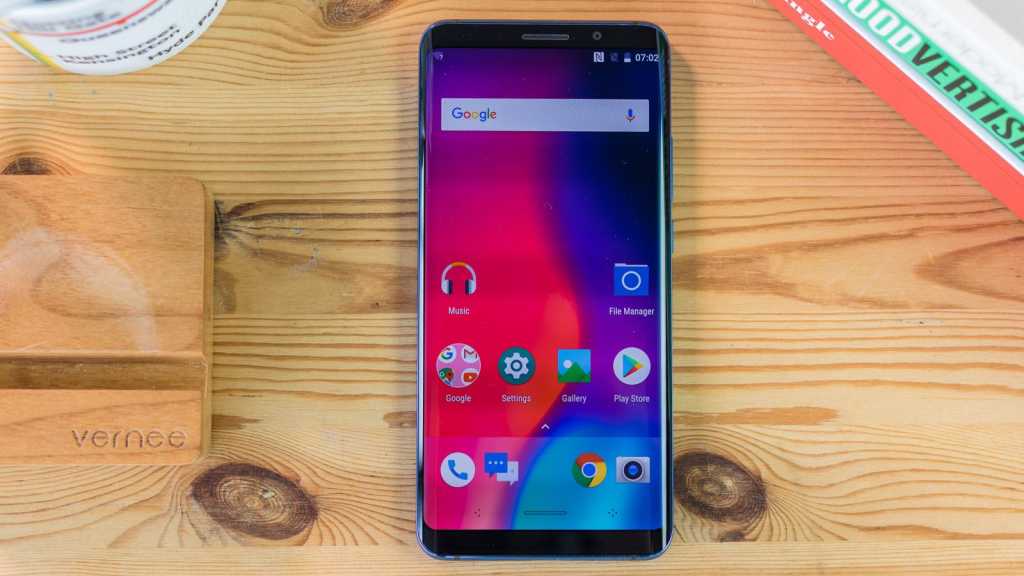 A stunning design isn’t enough to conceal the imperfections, and while the U Pro from Elephone makes a very decent mid-range handset you will get more for less money elsewhere, such as in the Mi 8 Lite and Mi A2. Nonetheless, as mid-range phones go we don’t think too many users will be disappointed.

Elephone’s U Pro follows on from the Elephone S8 and S7 before it, and while those phones were obviously clones of Samsung’s same-name S-series flagships, for the U Pro it has moved away from that theme – in name, if nothing else.

From the front the U Pro looks almost exactly like a Galaxy S9, right down to the curved edges and 18:9 Infinity Display. When you consider that the Elephone is significantly cheaper than Samsung’s flagship, thanks to some slimmed down but still capable internals, it looks to be a cracking deal.

The Elephone U Pro was supplied to us for review by GearBest, though it’s no longer available there for shipping to the UK. This is a common theme with Chinese phones, whereby each new generation is pushed out so quickly that we’ve barely got around to testing one before the next one is arriving at the office.

You can still buy the U Pro from a number of places, and the cheapest we found it was at TomTop, another Chinese importer. Current pricing is £338.88, but remember that if shipping from China you may be asked to pay import duty, which is calculated at 20% of the value printed on the shipping paperwork.

The U Pro is a seriously good-looking phone. From the front it’s mostly all screen, with a large 5.99in panel adopting a tall 18:9 aspect ratio that makes it feel smaller and more manageable in the hand. The edges are curved, which means you see only a fraction of bezel to the left and right sides, and top and bottom you get the bare minimum.

The glass front curves round to meet a tough, high-gloss aluminium frame, and then at the back more glass, with a gorgeous mirror effect that refracts light. It’s slippery and it attracts fingerprints, but it looks so good. So good. There are no rough edges, no corners cut – everything about it screams premium design. Gorilla Glass 5 helps keep it looking pristine.

Our review sample is an attention-seeking blue model, with accents of black on the camera surround (which lies completely flush), antenna lines, charging port and of course the panel itself, which is jet black when turned off.

This is an AMOLED panel, incredibly vibrant and full of punchy colours – paired with the blue chassis the end result is a smartphone you just can’t take your eyes off. (There’s a black model, too, but we thoroughly recommend the blue.)

With a Full-HD+ resolution of 2160×1080 pixels the display is sharp, rendering text and icons with perfect clarity. It’s very bright, and scores well on contrast too. We cannot fault this screen.

The phone itself is incredibly slim at 8.3mm, though a down side of this is it can become rather warm in use. It’s just about the ideal weight at 160g – not too heavy, but reassuringly weighty so you know it’s there.

This weight is largely down to the battery, which is sizeable at 3,550mAh. Don’t expect to get any more than a day’s usage from it, but should it fall short it’s great to see the U Pro supports both Quick Charge and wireless charging. So it’ll go from zero to full in an hour and a half when plugged into the mains, or you can throw it down on a Qi pad for fuss-free charging without worrying about cables.

Looking around the edges everything is where you might expect it – except the 3.5mm headphone jack, which isn’t there at all. Instead you get a headphone adaptor to use with the USB-C port, or rely on the mono speaker found to one side.

The speaker is loud and largely distortion-free at full volume. For pop music the Elephone U Pro does a very good job.

There’s no physical home button as there has been on previous models, so instead the fingerprint sensor is found at the rear. It’s part of the camera module, but positioned below the dual sensors, so unlike on the Galaxy S8 there will be no accidentally smudging the lens as you attempt to unlock the phone.

We didn’t find any problems with it recognising our fingerprint, but even with this scanner and the U Pro’s support for NFC it’s worth pointing out that you cannot use the phone for making mobile payments – when we installed Google Pay we were met with the error: “This phone can’t be used to pay in stores. This may be because it is rooted or altered in some way.”

We mentioned that it looks very much like the Samsung Galaxy S9, and according to the marketing you can pin frequently used apps to the edge of the screen in much the same way, but we were unable to achieve this on our review model. The Elephone U Pro we tested runs stock Android 8.0 Oreo, and the only additions are the Elephone support app, a Flashlight and FM radio, and the ability to use gestures rather than onscreen navigational controls.

Something else missing here in comparison to the Galaxy S9 is waterproofing, plus the always-on display.

Despite its flagship looks the Elephone U Pro has a mid-range processor inside – the Qualcomm Snapdragon 660, which is the same chip powering the sub-£300 Mi 8 Lite and Mi A2.

It’s an octa-core processor built on the 14nm manufacturing process, whereas today’s best chips are built on 7- or 8nm. The Snapdragon 845 inside the Galaxy S9 is a second-generation 10nm chip. Four of its cores are clocked at 2.2GHz for performance, while the other four have efficiency in mind running at 1.8GHz.

Integrated is the Adreno 512 GPU, and there’s 6GB of LPDDR4 RAM. There’s also a model with 4GB of RAM and 64GB storage, but this is the top-tier 6GB RAM, 128GB storage version. If you opt for the 64GB option and later decide you’d like more storage you can add a microSD card, though you do so at the expense of one of the two SIM slots.

Performance is not up there with the Galaxy S9, but for daily use it is more than adequate. In our benchmarks we found good processing performance and smooth graphics – this is a phone that will handle whatever you throw at it, if not as fast as its idol can.

You can see how its performance compares to the two Xiaomi phones in the chart above, but there’s very little difference between them.

Photography isn’t stellar on the U Pro, which is a shame. This phone has two lenses at the rear, but whereas the second lens is usually a basic camera that is used merely for creating the bokeh (blurred background) effect the U Pro has two proper cameras, one RGB and one mono, both rated at 13Mp. Trouble is, it still can’t shoot a good bokeh image, struggling to know where to place the focus.

Even standard photos leave something to be desired, looking washed out with dull colours, and a lot of noise – particularly in low light. You can see a couple of our test shots below. 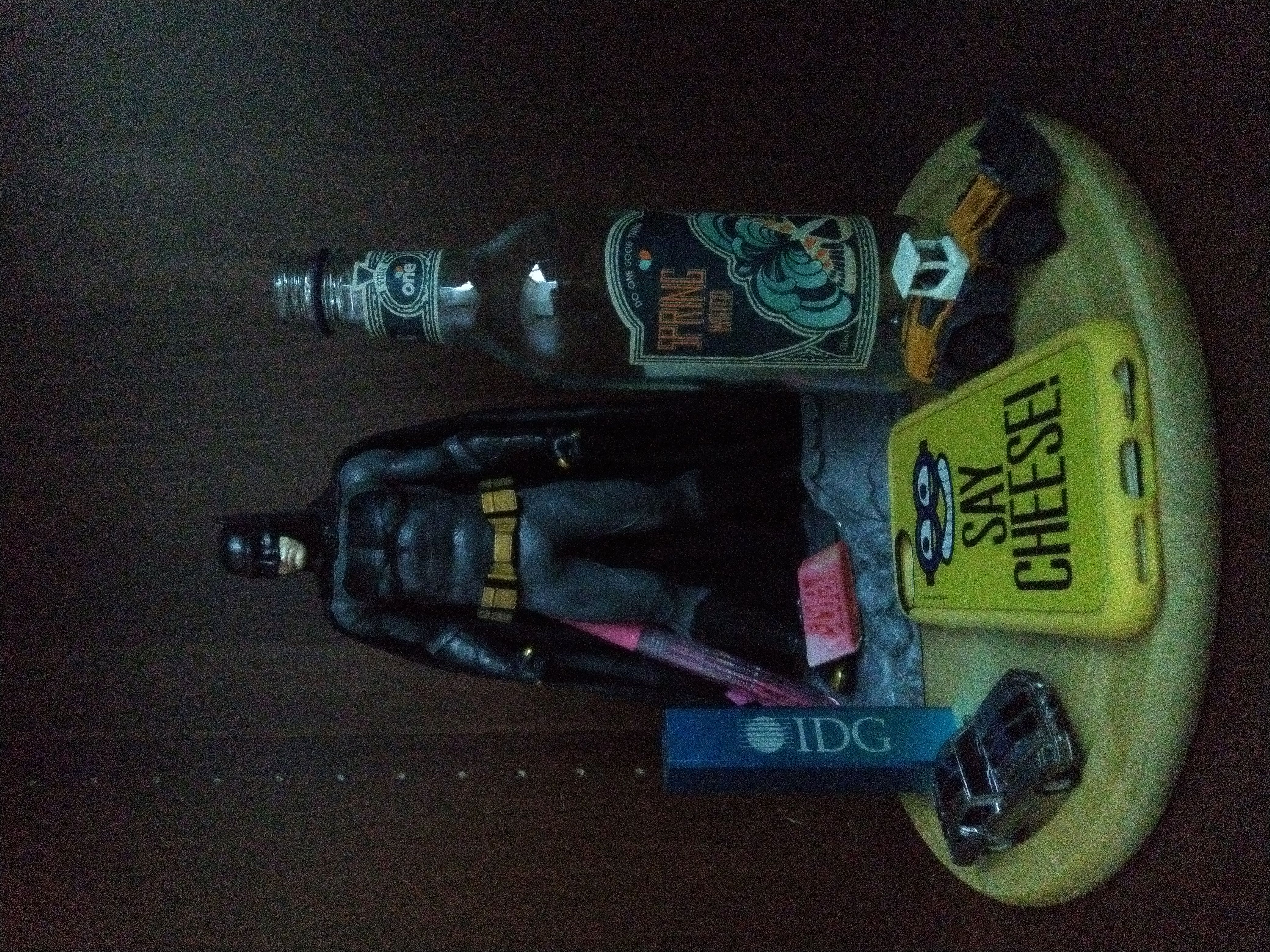 The camera app itself has several options, including real-time filters and various shooting presets, but it takes a little while to find your way around since it’s not the standard Android camera app.

Around the front is an 8Mp selfie camera which can also be used for Face Unlock using Android’s Smart Lock.

A mid-range phone with a premium design, albeit one that closely resembles the Galaxy S9. The U Pro from Elephone is a decent mid-ranger, but it’s let down by photography and you’ll find cheaper options running the same core hardware.