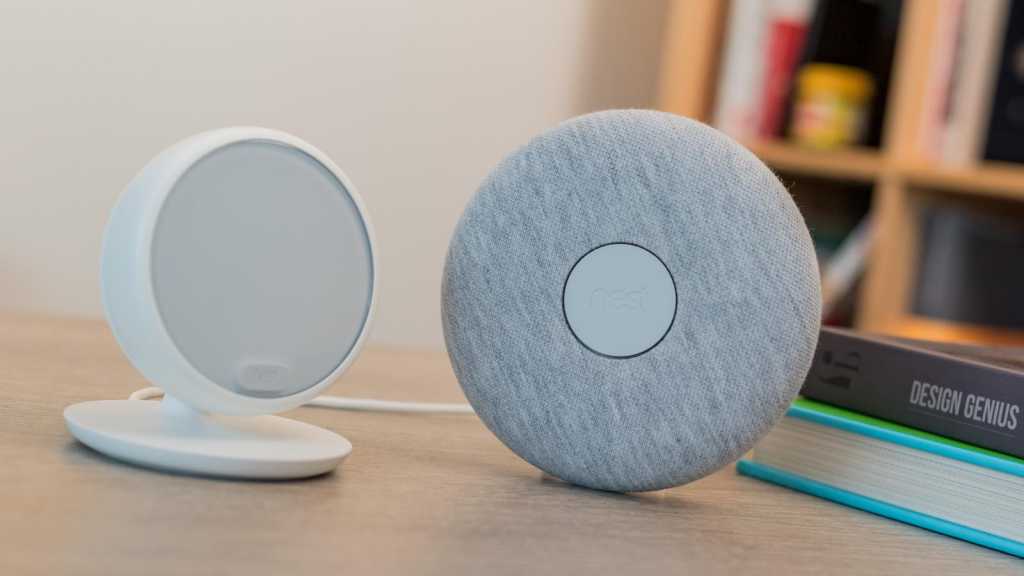 The Nest E is a great smart thermostat that’s comfortably among the most stylish and easy to use on the market, but as it stands in the UK, there’s not much reason to opt for the E over the existing 3rd gen Nest, which has some extra functionality for a similar price – excluding the potential cost of a professional installation. It’s a different story in the US though – a bigger price gap makes the E an easy recommendation if you’re in the States.

It’s now been three years since Nest first unveiled its third-generation learning thermostat, so it was no surprise when the company announced a new model. What’s more surprising is that it’s latest release – the Nest Thermostat E – doesn’t replace the existing 3rd gen, but sits alongside it as a cheaper option.

Perhaps more importantly, the Nest E is also designed to be easier to install by yourself – as I did successfully to test it out – which goes some way to making up for the omission of a couple of features from the main Nest device. I’ll be comparing it a fair bit to the other Nest model here, but if you want to see how it stacks up against other smart thermostats, then check out our guide to the best smart heating systems.

As we said, the Nest E runs a little cheaper than the 3rd gen Nest, but there’s a massive difference depending on whether you’re in the UK or US. In the UK, the Nest E costs £199, while the older Nest is £219 – a saving of just £20, negated by the fact that actually you can find the regular Nest for around £200 on Amazon.

In the US however, the Nest E is $169, with the older Nest at $249 – an $80 difference, making the E a far more compelling value proposition. This is potentially partly down to differences between the two versions: the US Nest E consists simply of the thermostat, which is wall-mounted, much like the previous Nests.

By contrast, the UK version consists of two devices: a grey, fabric-covered Heat Link which you wall-mount, and a separate thermostat – the bit with the screen – which you can place elsewhere in your home. This is the version we’ve reviewed, so any readers outside the UK should bear that in mind and double-check which version is available in their country.

Even with the higher UK price, there is one other potentially major saving to consider: installation. The Nest E is designed so that most people will be able to install it themselves, while the original Nest is designed to be installed professionally – a potentially significant extra cost no matter where you are.

Speaking of, there’s no better place to start in reviewing the Nest E than by running through just how easy that set-up process actually is. The first thing to know is that you will still need to check if your heating system is compatible – most are, but the Nest website has a tool to check, and it’s worth quickly running through just in case.

I’ve got a gas boiler with a wired thermostat, one of the simpler set-ups, and ideal for either Nest device. Setting it up took me around an hour and a half – a bit longer than the 60 minutes Nest claims – and it involves a bit of fiddly DIY. It’s nothing too challenging, but you’ll have to be comfortable with a screwdriver and a bit of simple wiring.

Installation involves two parts. The first – and actually the bit I had the most problems with – simply involves getting both the thermostat and Heat Link switched on and connected to the internet. As with most smart home devices, this is one of those processes that is in theory simple, but in practice always seems to involve multiple attempts, crashes, resets, and confusion, before eventually it works and you really don’t know why it did then when it didn’t before but thank god it’s finally working.

Once you’ve got everything online, it’s time to break out the screwdrivers. This is the point where some people might question the ‘easy’ installation: you’ll have to be comfortable unscrewing your existing thermostat from the wall, identifying which wire is which, rewiring them into the Heat Link E, and then screwing that onto the wall – potentially drilling new holes if you’re unlucky and they don’t quite line up right.

The wiring is the trickiest (and fiddliest) bit of the process. You’ll naturally have to switch the fuse off to save yourself from electrocution, and it’s hard to totally escape the worry that you’re about to break something by wiring it all up wrong, but fortunately the Nest app does a good job of walking you through every step, including talking you through the various possible wiring set-ups and wiring diagrams you might have to deal with.

So make no mistake: this isn’t plug-and-play, and if you haven’t touched a screwdriver in a few years then you might find that installing the Nest E is beyond you. But if a few screws and wires aren’t enough to send you into a sweaty panic, then setting this up should be fine – and there’s no need to go anywhere near your actual boiler or plumbing, so there’s a limit to just how much you can screw things up.

It’s getting hot in here

Once you get through all the fuss, the Nest E is pretty simple to get your head around: it’s a connected thermostat that you can schedule, control from your phone, or trigger with voice commands through Google Assistant.

You won’t have to directly engage with the Heat Link E at all – this is simply a little grey, fabric-covered disc that will sit on your wall in place of the old thermostat. It looks a little like a Google Home Mini, and is sleek and inoffensive – and probably a good deal more attractive than whatever thermostat you’re replacing.

The actual thermostat instead sits in a small stand, meaning you can place it anywhere you’d like in your home. I set it up in the hallway, near the Heat Link itself, but in theory you could set it up anywhere it will get a strong Wi-Fi connection. Since both devices have temperature sensors, there’s also a benefit to keeping them separate, for a wider spread of temperature readings across your home.

The thermostat looks a lot like previous Nests, a white disc with a small circular display and a dial you can rotate to raise or lower the temperature manually. The display is technically lower resolution than before – but, uh, how high-res do you need your temperature reading to be? – but now comes in a frosted finish that blends in a little more – a welcome effort to avoid yet another bright screen cluttering up our homes.

Temperature management works in a few ways. You can set a regular heating schedule in the app – with different settings for each day, if necessary – which is the default. The Nest will also pay attention to when you manually alter the temperature, in theory learning from this and automatically adjusting the schedule to suit your preferences better.

Along with the temperature sensor, the thermostat has sensors to detect when it’s in direct sunlight so that it doesn’t misjudge the temperature, and will do its best to learn how long it takes to heat your home up, turning the heating on sufficiently in advance to get to temperature by the set time.

You can also set it to use the location data in your phone to turn off when you leave home – or just lower to a set ‘Eco’ temperature – and reactivate when you return. This is obviously very handy for energy conservation, one of the Nest’s main draws, but does really require that everyone in the house has a phone with the app installed, otherwise someone could find themselves sitting in the cold because everyone with the Nest app has gone out.

Beyond my initial problems connecting everything up in the first place, the connected stuff has worked flawlessly. The Nest seems to do a good job of recognising when I’m home or not, and using the app to raise the temperature triggers the heating to activate almost immediately.

The smart home integration is easy too. Nest is owned by Google, so it’s no surprise that the focus is all on Google Home, which has built in Nest support. You can actually monitor and change the temperature directly from the Home app, and can use voice commands to raise or lower the temperature as you please.

It’s worth noting that there’s no official Amazon Alexa support for the Nest E in Europe (though there is for the US version), though we suspect that enterprising sorts should be able to set up some basic voice commands using IFTTT – though I didn’t get the chance to test that myself.

The best Nest or second best?

If you’re reading this, odds are you’re having to decide between the two different Nest versions – or even considering switching from the 3rd gen to the E. So how do they compare?

There are a few differences between the two products, but ultimately there are only two that matter: the E has the benefit of being easier to install yourself, while the regular Nest has the benefit of also controlling your hot water – something the E can’t.

If you’re in the US there’s a significant price difference to factor in too, which might be enough to tip things in favour of the E, but in the UK that drops out of the equation, beyond the additional cost of installation – which you can still do by yourself, it’ll just be a bit trickier, and involves delving into your boiler’s wiring too.

The Nest Thermostat E really requires different verdicts depending on whether you’re in the US or UK.

In the US, the E is almost a no-brainer. It offers all of the most important features of the third generation Nest, together with design improvements, for a significantly lower price, with much easier installation. Unless you have your heart set on smart hot water controls, there’s really no reason not to opt for the E.

In the UK it’s trickier, and ultimately comes down to your DIY skills. If you’re so worried about picking up a screwdriver that you’ll pay for installation either way, then buy the 3rd gen. If you’re so confident that you know you could install either, buy the 3rd gen. The only real reason to buy the E is if you’re confident enough in DIY to install the E, but not enough to try for the full Nest.

Whichever Nest you buy, you’re getting a great smart thermostat that’s comfortably among the most stylish and easy to use on the market, but as it stands in the UK, there’s not much reason to opt for the E specifically.