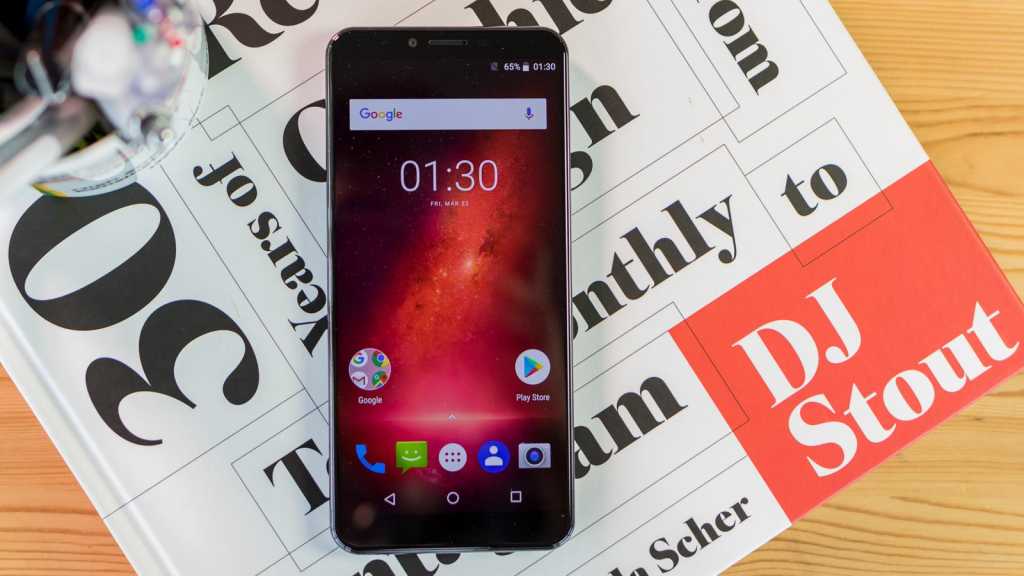 The Cubot X18 Plus is a decent effort that’s capable of good photos and completing everyday tasks with ease. If your needs are light to medium then it’s one to consider.

Cubot might sound like an arcade game from the 1990s, but the Chinese manufacturer is one of the growing army of smartphone makers in the region, joining the likes of Xiaomi and Honor. We take a look at its budget offering, the X18 Plus, to see whether it can make its way to the top of the leaderboard.

With the latter you may well have to pay custom charges and you get different consumer protection as you’ll be importing the device from China. For more details on the pros and cons of this approach, read our Chinese tech buying advice.

If price is the main attraction of the Cubot X18 Plus, then you might also want to consider the excellent Xiaomi Mi A2 (£199 Amazon) or Honor 9 Lite (£149 on Amazon) both of which you’ll find at the top of our Best Budget Phone 2018 chart.

With its 5.99in 18:9 aspect ratio display, the X18 Plus bears the tall rectangular shape that’s become the norm in the last couple of years. At 158.5 x 73.6 x 8.55mm and with a weight of 177g it’s around the same dimensions as the Samsung Galaxy S8+, albeit without the elegant styling (but also without the high price).

Whereas the Samsung features curved edges to its Infinity display, the Cubot is a standard LCD panel. One thing it does share is the absence of a notch at the top of the screen, which has become a rare thing since the release of the iPhone X.

A metal rim is home to the buttons, headphone jack, mono speaker (one of the grills is cosmetic), micro USB charging port, and dual-SIM/microSD card slot. The glass back features gently curved edges, a fingerprint sensor, and the dual-cameras aided by a flash.

It’s an unassuming design, not one that sets the pulses racing, but it fits the hand nicely and seems well built. Cubot includes a silicon case in the box, which we’d recommend using as the glass back and sloping sides make it a device you could easily drop.

Powering the X18 Plus is a MediaTek MTK6750T 1.5GHz Octa-core processor with a Mali T860 MP2 GPU. This is mid-range offering that made its debut back in 2016 and brings average performance to the table.

Swishing through the various screens and menus is smooth enough, and apps launch with only slight hesitancy. Start to try more demanding apps or games and things begin to grind a little more. For general light duties though it’s snappy enough to keep most people happy.

4GB of RAM helps keep things ticking over, and the 64GB of storage is expandable by up to 256GB via the microSD card slot.

You won’t find the deep blacks and glorious colours of an AMOLED panel, but that’s part of the reason this device is less than £200/US$200.

Finding a decent camera on the latest batch of cheap Chinese imports has been something of a fruitless quest recently.

On paper the dual 20Mp + 2Mp f/2.0 optics on the X18 has potential, and taking the lenses out in the wild actually returned some surprisingly pleasing results.

Where similar priced phones like the Oukitel Mix 2 struggled to produce decent images, mainly due to awful exposure metering, the X18 Plus handled things far better. Lower light shots remained balanced, and more complicated scenes didn’t cause the sensor to blow out highlights or make things too dim.

There is noise if you enlarge the images, and focus can be slightly out at times, but overall we found it to be capable of some decent pictures. It’s not a great camera by any means, but better than a lot we’ve used at this price point.

Video tops out at 1080p and is also remains acceptable until things get too dark or busy.

Here’s some examples of images we captured with the camera;

Pushing around all those pixels seems to take its toll on the X18 Plus, as in our battery test the 4000mAh cell only managed 5hrs and 43mins, which puts it in the lower strata of longevity. Fast charging is included, but this was also slower than rivals such as the Oukitel Mix 2 or Umidigi A1 Pro, reaching only 30% after a thirty-minute charge.

Android 8.0 is the included OS, which keeps the Cubot X18 Plus reasonably up to date. While it looks stock, we found various menu options that included descriptions that looked like they’d been through an early version of Google Translate.

Rather than ‘Battery’ we had ‘What has been using the battery’ and where Storage is usually found there was ‘%1$s is safely ejected’. These oddities continued throughout the system, making us assume that some kind of skin or overlay must be running even though it’s not listed by Cubot.

Should I buy the Cubot X18 Plus?

There are several serious competitors around £200/$200 and we’d still suggest you look at heavyweights like the Xiaomi Pocophone F1 and Xiaomi Mi A2 ahead of this device, but the X18 Plus is a respectable phone that can take some good pictures. If you find it cheap then it is decent value.