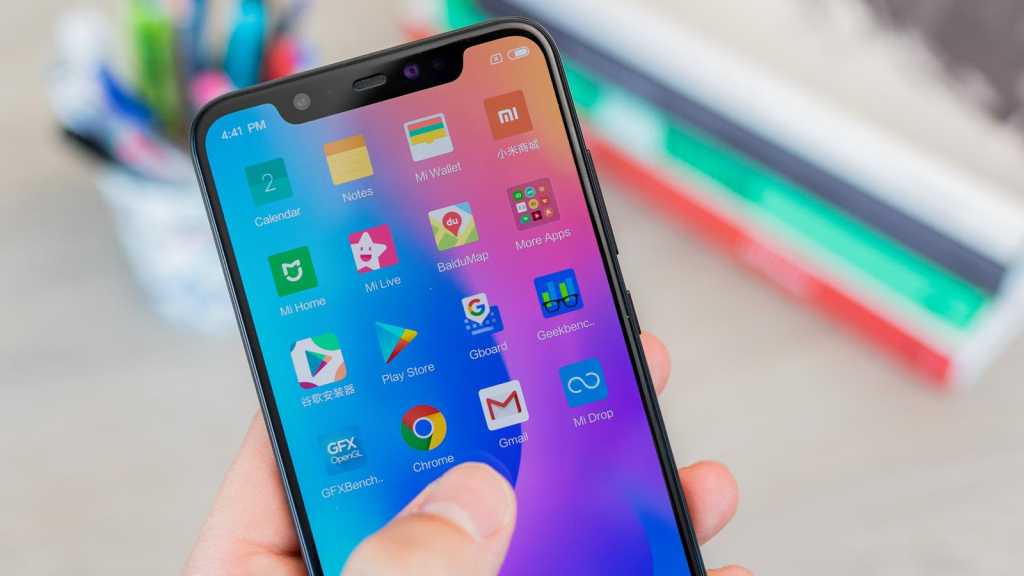 With an in-display fingerprint sensor the Mi 8 Pro is the flagship phone the Mi 8 arguably should have been, but it comes at extra cost and adds little else. Meanwhile, the Mi 8 Lite is a fantastic mid-range phone that comes at a great price, but is in a different league in terms of core performance and features. Unless the in-display fingerprint sensor is essential, the standard Mi 8 offers the best all-round mix, carefully balancing price with features, design and performance.

The Mi 8 (pictured above) is Xiaomi’s flagship smartphone, unveiled in China back in May 2018. We got our hands on a China-ROM version of the handset and found it to offer “astonishing value, insane performance and awesome photography” – you can read our full review here.

The Mi 8 was announced alongside SE and Explorer editions of the phone, with the SE a cheaper version with a stripped-down spec, and the Explorer an upgraded model with an in-display fingerprint sensor, 3D Face Unlock and a transparent rear cover.

Those 3D-sensing components proved difficult to source, but demand was high, so in September the company also unveiled a Mi 8 Pro, in essence the Explorer edition but with IR- rather than 3D facial recognition.

At the same time it announced the Mi 8 Lite ( reviewed), an even cheaper entry model with the mid-range Snapdragon 660 processor and an IPS- rather than AMOLED display, but also packing the best selfie camera of the lot – a 24Mp beast with 1.8um pixels. That display is also worthy of note for being slightly larger and featuring the smallest screen notch here.

The Mi 8 Pro has been announced as the first official Xiaomi phone to go on sale in the UK. It will be available through  Three,  Amazon,  Argos,  John Lewis,  Carphone Warehouse,  Currys/ PC World,  Very,  Go Mobile,  Mobile Phones Direct and  Mi.com  from 9 November, and in store at a new central London Mi outlet opening on 18 November.

The Mi 8 Lite will also go on sale through these channels on 9 November. If you’re quick you can pick one up for just £1!

There are some subtle difference between each of the Mi 8 models, as we outline in the table below:

Beyond the core specifications the Mi 8 Pro and Mi 8 Lite are also notable for their differing look. While all three phones have a similar overall design, the Mi 8 Lite has a gorgeous gradient mirror-like finish in Sunset Gold (pinky orange) and Aurora Blue (purple and blue), or you can buy it in Midnight Black.

Meanwhile, the Mi 8 Pro has a Transparent Titanium version with a cool transparent rear cover. Not only can you see the hardware inside, but Xiaomi has inscribed little messages here such as the company slogan “Innovation for everyone” as well as its ambition to “Be the coolest company in the hearts of our users.”

There are small differences in battery capacity that have been necessary in order to fit the differing tech inside similar-size shells, and while the Mi 8  and Mi 8 Pro are identical in size the Mi 8 Lite is only 1.5mm taller, 1mm wider and actually 0.1mm thinner. You should expect a full day’s life from any of the trio.

The Mi 8 and Mi 8 Pro feature exactly the same cameras, and performance is going to be similar with the same Snapdragon 845 processor inside. But the Mi 8 Pro stands out with its in-display fingerprint sensor, which is found on the rear of the Mi 8 and Mi 8 Lite.

The Pro also has more memory and storage as standard, but only the Lite model accepts storage expansion via microSD (up to 256GB). To take advantage of this you must use the second SIM slot, however.

With its lower price the Mi 8 Lite also lacks NFC.

Assessing which of these three Xiaomi phones is the best really depends on what you need. The Mi 8 Pro is technically the best, with the best specification and the fastest performance and highest amount of memory and storage out of the box, but the Mi 8 Lite is significantly cheaper and has a better selfie camera, albeit sacrificing some speed and display quality. The standard Mi 8 is, as you might expect, the best all-rounder, offering the performance, cameras and display of the Mi 8 Pro at a more attractive price, and all you really lose is the in-display fingerprint sensor.