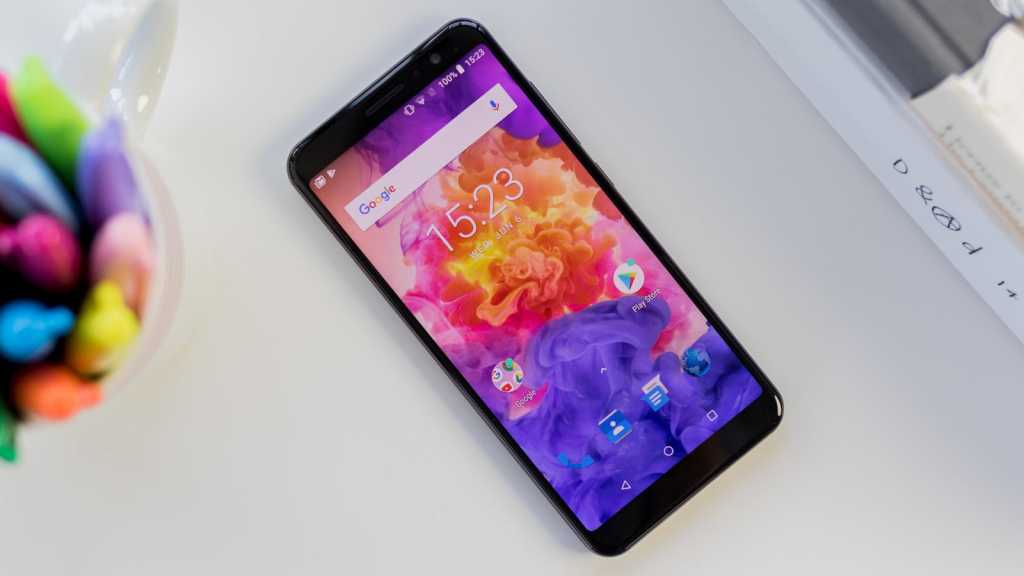 If you’re looking for a cheap phone with a smaller body than most current Android offerings, then the A1 Pro could fit the bill. It’s not fast though, and the cameras are definitely in the mediocre category.

Most Android phones these days have grown to the size where two hands are needed to operate them safely. Chinese manufacturer Umidigi takes a different route with its compact A1 Pro. So let’s see if good things really do come in small packages.

As with many Chinese brands, you can’t actually buy Umidigi products directly from mobile operators / carriers, but they are available unlocked on Amazon.

To see which other phones you should consider, check out the  best Budget Phones.

In the hand it’s a comfortable device, with a smooth metal rim and thin glass back that doesn’t feel too wide or slippery. Umidigi does include a silicon case in the box, and that adds enough grip to make the A1 Pro secure from escaping your clutches or surviving a short drop if it does so.

The front panel is comprised mainly of the display, with small bezels at the top on bottom, not dissimilar to the Pixel 3. There’s no notch, thankfully, just a speaker and front facing 5Mp selfie camera.

Umidigi does include a Face Unlock feature that uses this camera, but it isn’t as secure as the fingerprint scanner, and when we tried to set it up the dialog boxes were all in a Malaysian dialect that we couldn’t understand. Terms and conditions are often difficult enough to read as it is, but we shied away from agreeing to things that are actually in another language.

On the rear there’s a fingerprint sensor, flash, and dual-cameras. You’ll find the dual-SIM tray at the top edge, volume and power on the right side, with a USB-C port at the bottom between the speaker and microphone.

At this price we weren’t expecting too much of the A1 Pro, and in many ways it delivers on that promise.

Internally there’s a MediaTek 1.5GHz MT6739 quad-core processor driving everything, ably assisted by 3GB RAM and a rather cramped 16GB of storage. The latter can be expanded by up to 256GB via the SIM card/microSD card slot, but 16GB is very small in 2018, and if you usually have lots of apps on the device then this could quickly become an issue.

Performance is decent, if not blistering, with apps opening quickly and running without issue. There are occasional stutters here and there, but for the most part the A1 Pro is a good little runner.

The 5.5in display has a 1440 x 720 resolution, which is perfectly acceptable at this price. No need for a 2K screen that drains the battery and demands more of the processors. In use the panel is bright and clear with plenty of colour.

Umidigi does make some interesting statements on its website, claiming the display is 5.5in but 5in in size. It doesn’t make any sense, but it’s a decent sized panel all the same.

Here’s where the budget nature of the A1 Pro becomes apparent. There are dual lenses on the back, a 13Mp and 5Mp combination, which are capable of some nice shots in good lighting. Add any complicated light sources though and things quickly go south.

Exposure can be a real issue, with scenes either massively blown out or so dark you can hardly make out the subject. Tapping in various places on the screen will change the levels, and you may finally find the one you want, but you couldn’t trust the A1 Pro to be a camera that you pull out and capture those fleeting moments of beauty.

Also, regardless of what you do, dynamic range is limited and you don’t get the fancy auto HDR modes you see on flagship phones to sort out the highlights and shadows.

Video footage is acceptable and tops out at 1080p. Focus holds if there’s not too much going on, but again the light meter struggles to keep things properly exposed.

There are the usual Bokeh and Beauty modes that accompany devices from the Far East, but neither is that useful and the Bokeh can be quite frustrating to use.

The 3150mAh battery returned around seven hours in our tests, which means it should get you through a full day of medium usage. Fast charging is there to help with this and a thirty-minute top-up saw our unit rise back up to 39 percent.

Stock Android 8.1 Oreo means that the A1 Pro is very close to being on the current iteration of Google’s operating system. This is good, as there is only a small selection of models that have upgraded to the Android 9.0 Pie version released on 6 August 2018.

How often Umidigi will upgrade the software is unknown, but at least it’s starting in the right place.

Should I buy the Umidigi A1 Pro?

The A1 Pro is a nice device to hold, works well enough for general tasks, and is very cheap. That price comes with some compromises though, including average performance and sub-par cameras.

If the latter isn’t a big issue, then the Umidigi could be a reasonable option, but there are plenty of other smartphones that can offer more for around the same price.