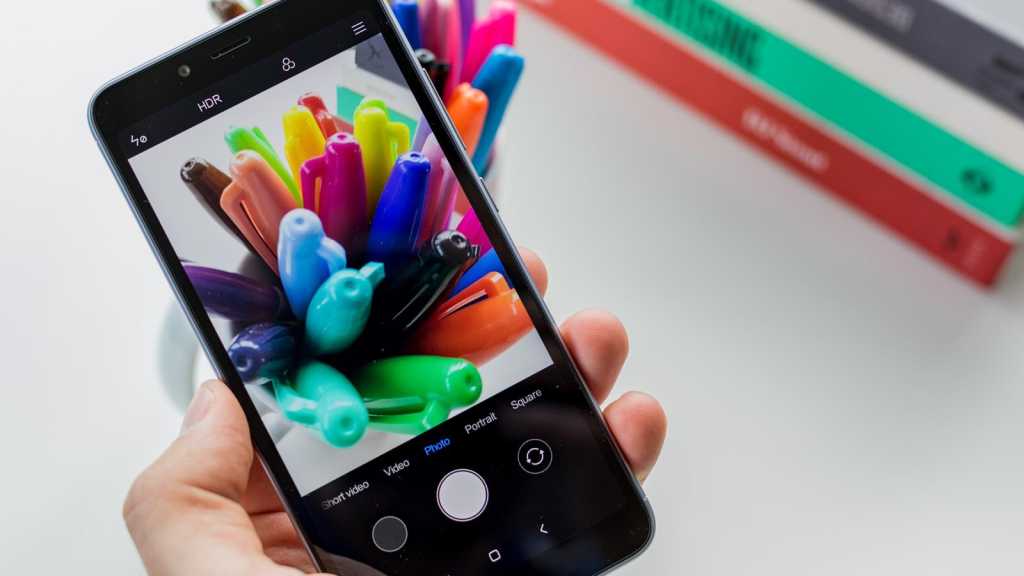 They look very alike, but storage, photography, performance and a fingerprint sensor separate Xiaomi’s two cheapest budget phones. Unless you’re on a very strict budget, the Redmi 6 is well worth the extra £8 over the 6A.

Xiaomi’s phone line-up can be a tad confusing, especially at the budget end. There’s less than £10 between Redmi 6 and 6A, with both available under £100. We explain the difference between the two budget Xiaomi phones.

( Look out for the new Redmi 8 line in January.)

Redmi 6 vs 6A Price & Availability

Our review samples were shipped by GearBest, but now that you can officially buy Xiaomi in the UK you should also note that the Redmi 6A is available via Three for just £99. For a limited time there is an exclusive deal that sees the Mi Band 3 fitness tracker thrown in at this price.

Both these links are to the Global ROM versions of the phones, which is necessary if you want Google services preinstalled and full UK 4G connectivity.

Do note that because they are shipped from China you may be asked to pay import duty, which is charged at 20% of the value printed on the shipping paperwork.

What’s the difference between Redmi 6A and Redmi 6?

The names of the main chips powering each of these phones sound very similar, but they are not identical. The 2GHz Helio A22 inside the Redmi 6A utilises four Cortex-A53 cores, while the Redmi 6’s Helio P22 is an octa-core version, also running at 2GHz. Both have integrated PowerVR graphics.

The Redmi 6A is complemented by just 2GB of memory, which is tiny by today’s standards, while the Redmi 6 has 3- or 4GB of RAM, supplied with 32- or 64GB storage respectively. Meanwhile the Redmi 6A has a meagre 16GB of storage, but all models in the Redmi 6 series can be supplemented with removable microSD storage up to 256GB – though at the expense of dual-SIM functionality.

There was not a huge difference in our benchmarks, but the Redmi 6 was able to pump out more frames per second in gaming tests, and in Geekbench 4 its extra cores appeared to come in handy.

However, in the Redmi 6A’s favour is the fact its lower-spec hardware enabled it to go a further 24 minutes in our Geekbench 4 battery testing. Both phones turned in excellent scores nearing nine hours, suggesting a full day’s use away from mains power will be a piece of cake.

Both Redmi 6 and 6A feature AI selfie cameras, which allows them to be unlocked using face recognition.

However, only the Redmi 6 has a fingerprint sensor.

This is found on the rear of the device, and acted responsively in our tests.

Both smartphones are equipped with a 5Mp selfie camera with AI Face Unlock, but round the back things look a little different.

At first glance they would appear to both feature a dual-camera, except that second circular element in the camera assembly on the Redmi 6A is actually a flash. On the Redmi 6 this is found to the right of the camera unit.

It’s clear from the couple of test shot comparisons we have shared below that the Redmi 6 has the better camera.

Basically, everything else. In design the only thing separating the two is the rear camera assembly and fingerprint sensor; both feature a 5.45in HD+ (1440×720, 295ppi) 18:9 display, plastic body with rear-facing mono speaker, 3.5mm headphone jack at the top and Micro-USB port at the bottom.

You’ll also find a 3000mAh battery in each, so it’s no surprise that both come in at 147.5×71.5×8.3mm and there’s just a gram separating them in weight. Note that in both cases there is no support for fast charging, so you’re limited to just 5W.

Redmi 6 vs 6A Specification Comparison

Redmi 6 vs 6A Verdict

The Redmi 6A has marginally longer battery life and is £8 cheaper, which may be important if you’re on a very strict budget, but otherwise we can’t see why you wouldn’t opt for the Redmi 6: it is faster, has an extra camera lens, more internal storage and a fingerprint sensor.