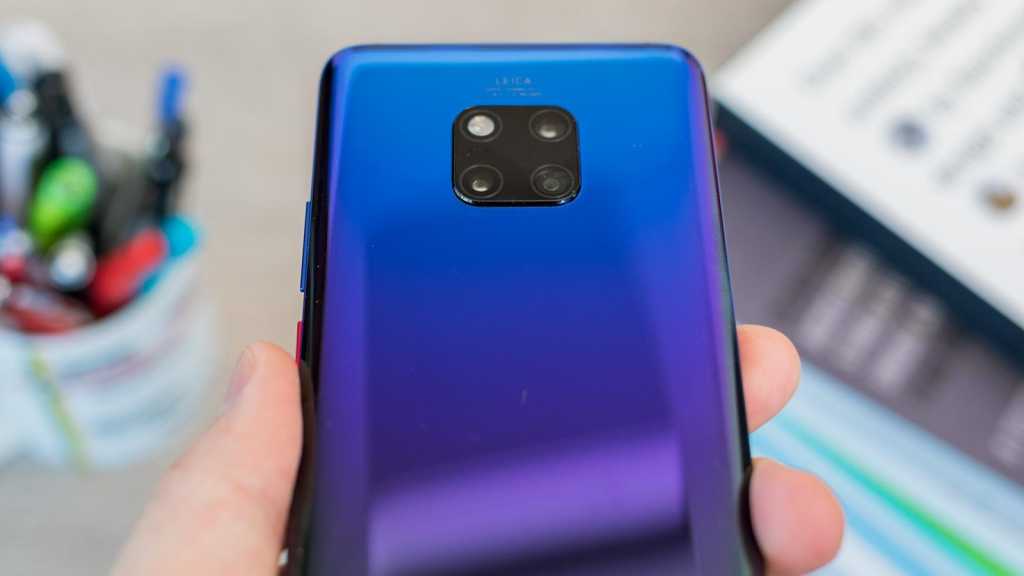 The Mate 20 Pro brings three incredible rear facing cameras, secure 3D face identification, an amazing display and cool glass back design. It has everything you could want n a phone. Everything except a stylus, something the Note 9 has. It works amazingly and if you’re a note taker or illustrator it’s the phone for you. The Note 9 is more expensive than the Mate 20 Pro, too.  Choose the phone based on the features you need most.

Huawei continues its assault on the world smartphone scene with the release of its admittedly impressive Mate 20 Pro. The phone boasts three rear cameras, an amazing screen, cool colour options and many features beside.

Released shortly before, the Samsung Galaxy Note 9 has similar specs, screen size and capabilities. It also has a stylus, making it one of the most versatile phones around.

But which is best suited to you? Let’s find out in this comparison.

How much does each phone cost?

The Mate 20 Pro retails for £899 in the UK from Carphone Warehouse, where you can also get it on contract. The phone is not sold in the US.

The Note 9 is sold for £899 too with a more expensive 512GB version available. Carphone also has it on contract

The Mate 20 Pro has a more rounded, smooth feel with gently curving display for the first time in a smartphone. Its tiny bezels mean the 6.39in screen doesn’t feel enormous to use thanks to the notch making the body smaller, but this is not a small phone.

Samsung popularised the curved display at the edges and its present on the Note 9 too. The 6.4in display feels a tad larger in the hand because of a more angular design that does not have a notch.

This means the Note 9 is taller, wider and thicker than the Mate 20 Pro if not by much.

That extra thickness means it can fit a whole stylus, the S-Pen, inside the chassis. There’s also room for stereo speakers in the top bezel and bottom of the phone. Having said this, the Mate 20 Pro also has stereo speakers.

The cameras on the back of the Mate 20 Pro are in a square design whereas the Note 9 has two cameras with a fingerprint sensor underneath. It’s a tad tricky to locate in a hurry given the phone’s size.

The Mate 20 Pro is one of the first phones in the western market to have an in-screen fingerprint sensor, a pretty cool futuristic feature that works very well. But the Mate 20 Pro lacks a headphone jack, something the Note 9 still has.

And it’s marginal, but the Note 9 is the heavier device.

How do the internals of both phones compare? Here’s a table showing the specs side by side:

Despite the phones performing to a similar level, there are a ton of differences. The displays are the same size, but have different aspect ratios so the Note 9 is a slightly wider phone.

The processors are different, with Huawei’s Kirin 980 in the Mate 20 Pro and the Note 9 with the Snapdragon 845 in the US and Samsung’s own Exynos 9810 in other regions. Both, as said, perform excellently and are at the top of the smartphone tree.

You can only get the Mate 20 Pro with 128GB storage and though it’s expandable, Huawei is using its own Nano memory card slot. This is cool because it’s the same size as a nano-SIM but also annoying as microSD cards are far more readily available.

The Note 9 is expandable by microSD and also comes in 128GB or 512GB models. The latter has 8GB RAM rather than 6GB.

The triple camera on the Mate 20 Pro are nuts, with wide angle, ultra-wide angle and telephoto lenses combining for a plethora of amazing results. The zoom in particular is pretty much uniquely excellent at this point on a smartphone.

That’s not to say the Note 9’s camera is inferior. It has flaw detection built in, warning you if you’ve just taking a blurry photo or if someone blinked so you don’t miss the best moments.

The Mate 20 Pro’s front cameras have 3D facial recognition that allow for face unlock and biometric identification in third party apps. The Note 9 has iris scanning tech that works in the same way, but it’s slower and the phone reverts to the fingerprint sensor for biometrics.

Battery size is also similar, but the Mate 20 Pro can reverse charge – meaning not only can itself be wirelessly charged but can itself act as a wireless charger for another phone. You could charge a Note 9 using a Mate 20 Pro! Nuts, and you probably won’t use it much, but cool all the same.

Yet the Note 9 has a stylus and is pretty much the only phone on the market to do so successfully. You can use it as a remote control too thanks to built in Bluetooth, and it charges very quickly when stowed inside the phone. And as a stylus you can use it for inout, drawing and signing and annotating documents – things you simply can’t do on the Mate 20 Pro.

The main differences in the software are more evident. The Mate 20 Pro ships with Android 9 Pie but with Huawei’s EMUI skin which changes the look of plain Android quite considerably. It’s way better than it once was, but we find it takes a bit of tweaking to get a Huawei phone working how we want. It’s often worth it.

The Note 9’s Samsung Experience skin is a bit more polished out of the box but at the time of writing the Note 9 is on Android Oreo 8.1. There’s never a guarantee as to when Samsung phones will get software or security updates.

It might come down to which Android skin you prefer, and neither are sure to get updates for any length of time unlike the Pixel 3 for instance.

It will entirely depend on your needs as to which of these phones to buy. If you need a stylus and appreciate a more polished version of Android, the Note 9 is for you.

But the Mate 20 Pro has astonishing cameras and is a phone with a little more allure than the stoic Note 9.