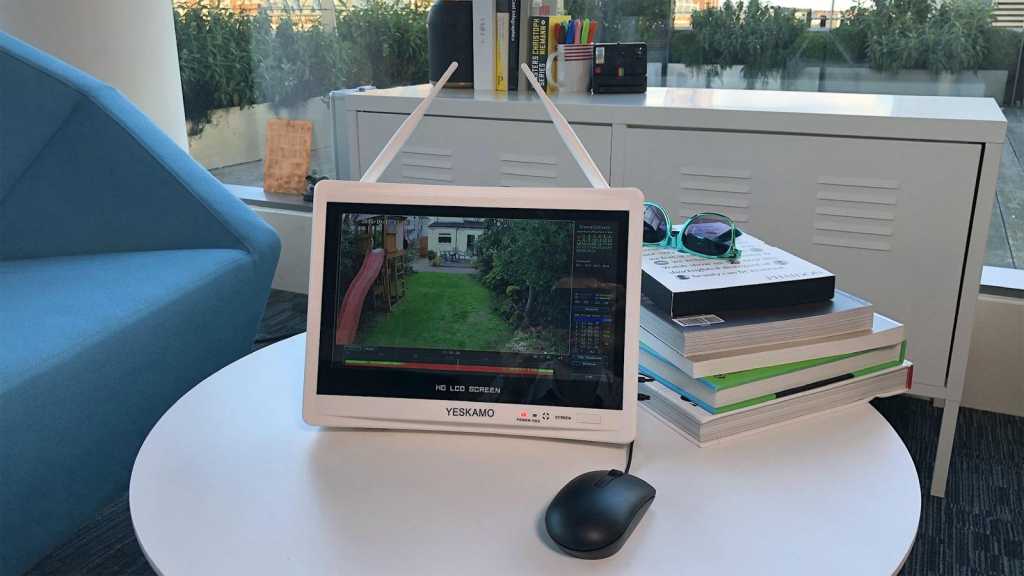 Thanks to the 12in screen, this kit includes everything you need to set up a four-camera CCTV system and record 24/7. The cameras are wireless, too, so only need mains power. There’s no audio, but if you don’t need it, this is a decent-value kit.

Security camera systems generally fall into one of two categories: wireless or CCTV. The Yeskamo bucks this trend by being both CCTV and wireless. It records 1080p video from the four included cameras to a hard drive that’s built into a wireless receiver with a colour screen.

That means this is a complete kit and includes everything you need to record, store and play back recorded video.

At £389 from Amazon or $389 from Amazon US , it might sound on the expensive side. But considering you’re getting four 1080p cameras, a 12in monitor and a 2TB hard drive, it’s not bad value at all.

A twin-pack of  Nest Outdoor cameras costs £329 from Argos and requires a monthly subscription to unlock features such as recording and motion detection.

An alternative, if you want a wired rather than wireless system, or need more than four cameras, is the Swann 8-channel system.

Yeskamo also has its own alternative which replaces the screen with a box containing the hard drive. This costs £299 / US$299 and could save you money if you don’t need a screen.

First, let’s get one thing out of the way: the cameras don’t have microphones or speakers, and so this is a video-only system and does not record audio. That could be a deal-breaker for some people, and it isn’t made obvious on the Amazon listings. 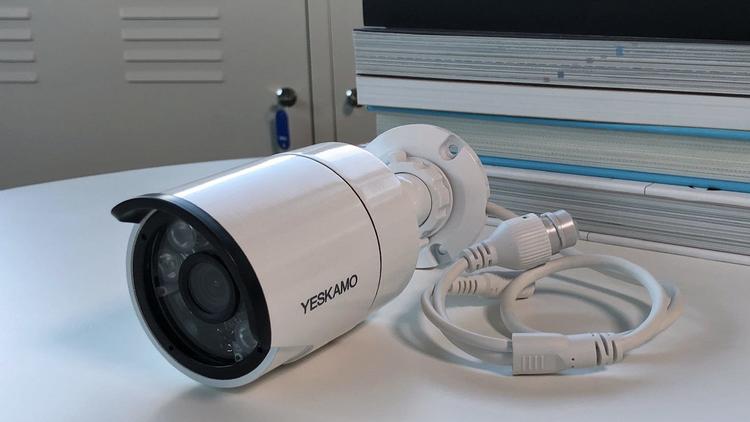 What you do get is good quality 1080p video which is detailed and colourful – a step above most CCTV systems.

Although video is transmitted wirelessly, the cameras still need power. They’re outdoor models with infrared LEDs for night vision. This means you’ll need to drill holes in your wall near enough to an internal power socket, or install external sockets.

An alternative is to run the power cable through a nearby window: the power cables are thin like speaker wire, so this may or may not work with your windows.

The wall mount is designed so that the cable can pass directly through the wall, as well as having a cutout so the wire can be turned 90 degrees and routed along the outside of the wall. 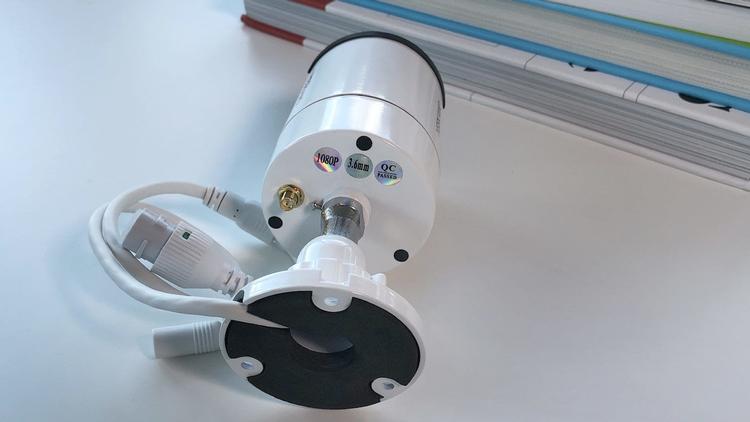 Whichever approach you take, note that the wire coming from the camera is fairly thick and has both Ethernet and power connectors. So you’ll need a sizeable hole in your wall, or have an Ethernet port dangling outside.

Even though the cameras are IP66 rated, the power connection doesn’t appear to have any seal or protection from the elements. So if you’re not drilling holes in your wall you might need to add your own protection from rain and other moisture.

That said, we mounted a camera in an exposed position with the power cable left unprotected and it continued to work with no problems even after heavy rain.

The range you can expect will vary depending upon where you place the display and cameras, the construction and number of walls in between and other factors. We found the cameras paired very quickly (and automatically) when placed near the screen and, after relocating, had a reliable signal 60ft away.

If you need to, you can use the one included special antenna which replaces the usual one on the camera and can be routed through a wall and mounted indoors to help with a problematic signal.

Alternatively you can run an Ethernet cable to the camera(s) in question, but this rather defeats the point of buying a wireless system. At least the option is there.

In terms of the display, the screen isn’t a touchscreen but comes with a mouse and an on-screen keyboard. The software is as archaic as we were expecting, just like a traditional CCTV system. It isn’t hugely easy to use but after you’ve worked out how to rename the cameras, view recorded footage from a specific time and day (and at various speeds) it is possible if not that pleasant to do what you need to do. 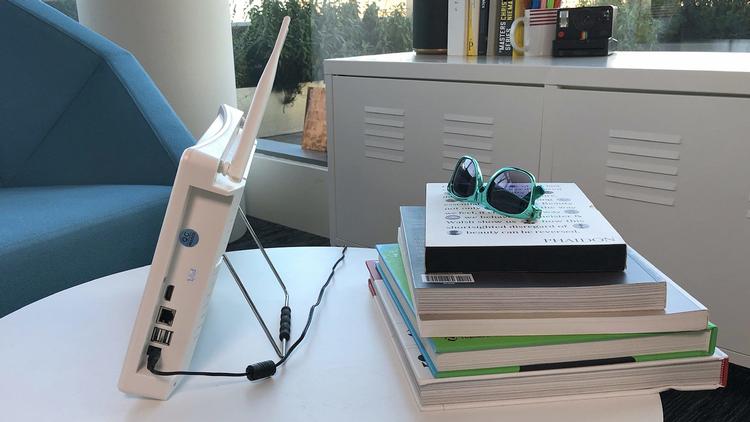 Also, the screen is very reflective and not particularly bright, so it’s best placed in a dim corner and not in your conservatory where it will be unusable. 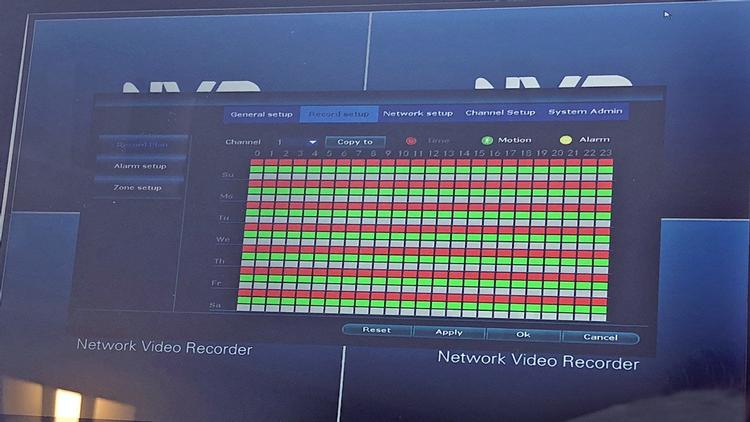 You can set a schedule for when each type of recording is active, and the specific areas in each camera’s view that you want to monitor for motion. It’s possible to adjust the sensitivity for detection to reduce the number of alerts and clips where nothing important happens, but there’s no intelligence in terms of being able to detect the motion of, say, a tree moving in the wind or a person walking around.

This means any motion is an alert-worthy event, even if it’s not something you will care about. This is one reason why some of the latest Wi-Fi cameras are preferable: they can even recognise faces and only alert you if an unfamiliar face is seen.

However, the bottom line is that this is a CCTV system that you’ll probably use in the traditional way and leave it recording constantly so you can go back and see what happened at any point in time. Cameras which only record when motion is detected can miss events, and that’s annoying. At least you won’t have that problem with the Yeskamo.

Android and iOS are supported and you have a choice of two apps but Yeskamo recommends IP Pro3 for Android and EseeCloud for iOS.

Unfortunately neither is made or controlled by Yeskamo. They’re generic apps which have more features than the Yeskamo system provides. For example, you’ll find pan, tilt and zoom controls, but the cameras are fixed-position models.

It means that while you can see live footage and view recorded video, there’s none of the polish or finesse you’ll find with the Nest app, say.

If there’s one good thing, it’s that you only need to scan a QR code to link the app with your Yeskamo box and aren’t forced to sign up for an account and remember yet another username and password. However, this does present a few worries about security: anyone with your unique code can connect to your box (which is why we’ve blurred it out below!). 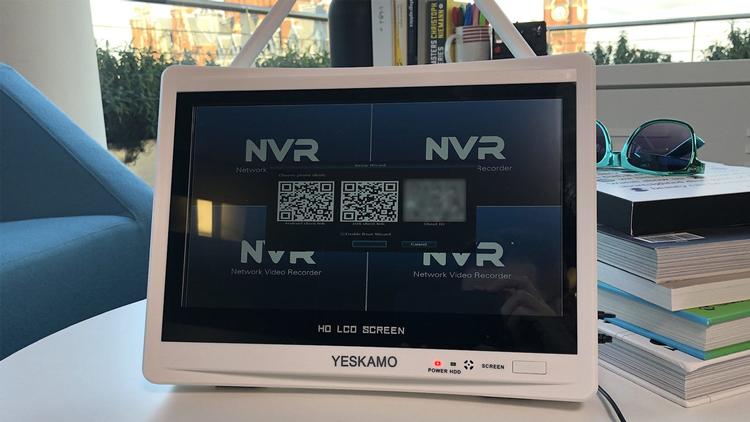 At this price, the Yeskamo system is good value. You’re getting a four-channel CCTV system which is wireless and offers good day and night video quality.

It’s a shame there’s no audio and that it uses off-the-shelf apps. But if you’re buying it because you want a ready-to-go CCTV system, it does the job pretty well.