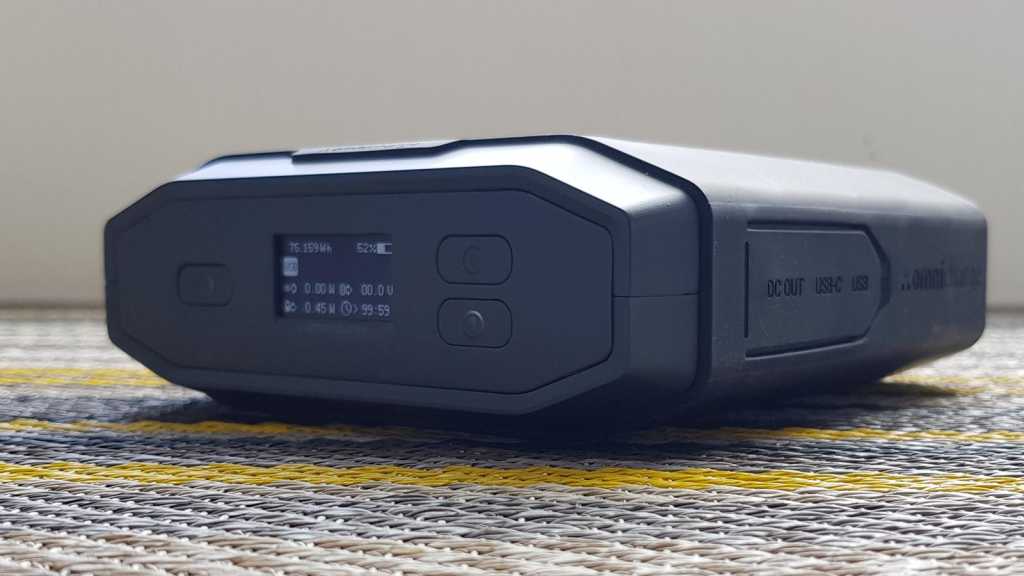 It’s huge, it’s heavy, it’s incredibly expensive and it’s still available only via Indiegogo and not shipping until January. But the Omni Ultimate truly is the ultimate power bank for those with great needs, with some premium technology inside that offers the best efficiency, standby and protections. It’s also unique in this market for letting you swap in spare battery packs. Omni Ultimate can put its enormous 40,800mAh (147Wh) capacity to good use charging or powering literally any device you require, and it does so at a tremendous pace with a 120W AC outlet, 150W DC outlet, 60W USB-C PD and two 15W USB-As. Meanwhile a built-in OLED panel keeps you informed of exactly what’s going on.

Ordinary power banks look pathetic next to the Omni Ultimate. This thing is a beast, a real powerhouse with incredible capacity for quickly recharging literally any gadget you own away from mains power, many times over.

When the charge does eventually run low, the Ultimate is unique in allowing you to swap in a spare battery pack (an optional extra). And its unparalleled 90W input allows recharging in as little as 2.5 hours.

Where to buy the Omni Ultimate

It’s very rare that we cover Indiegogo projects on Tech Advisor, but this is a fully funded project that will enter mass production in December and ship to consumers in January 2019.

It’s also possible to make huge savings on the retail prices while it’s on Indiegogo, and given that the Omni Ultimate is not a cheap device (certainly not in traditional power bank terms) it may pay to afford it your attention now.

There is no Omni Ultimate with a UK three-pin AC inlet, but it’s possible to use a standard travel adaptor with the device.

It is supplied with a single MR30 to 5.5×2.1mm DC cable, but a bundle that includes connectors for Magsafe 2, Microsoft Surface, DJI drones and USB-C costs $10/£8 (RRP $20). There is also a 60W DC charger in the box that can recharge the Omni Ultimate in 3 hours, but it will accept up to 90W for recharging in 2.5 hours. 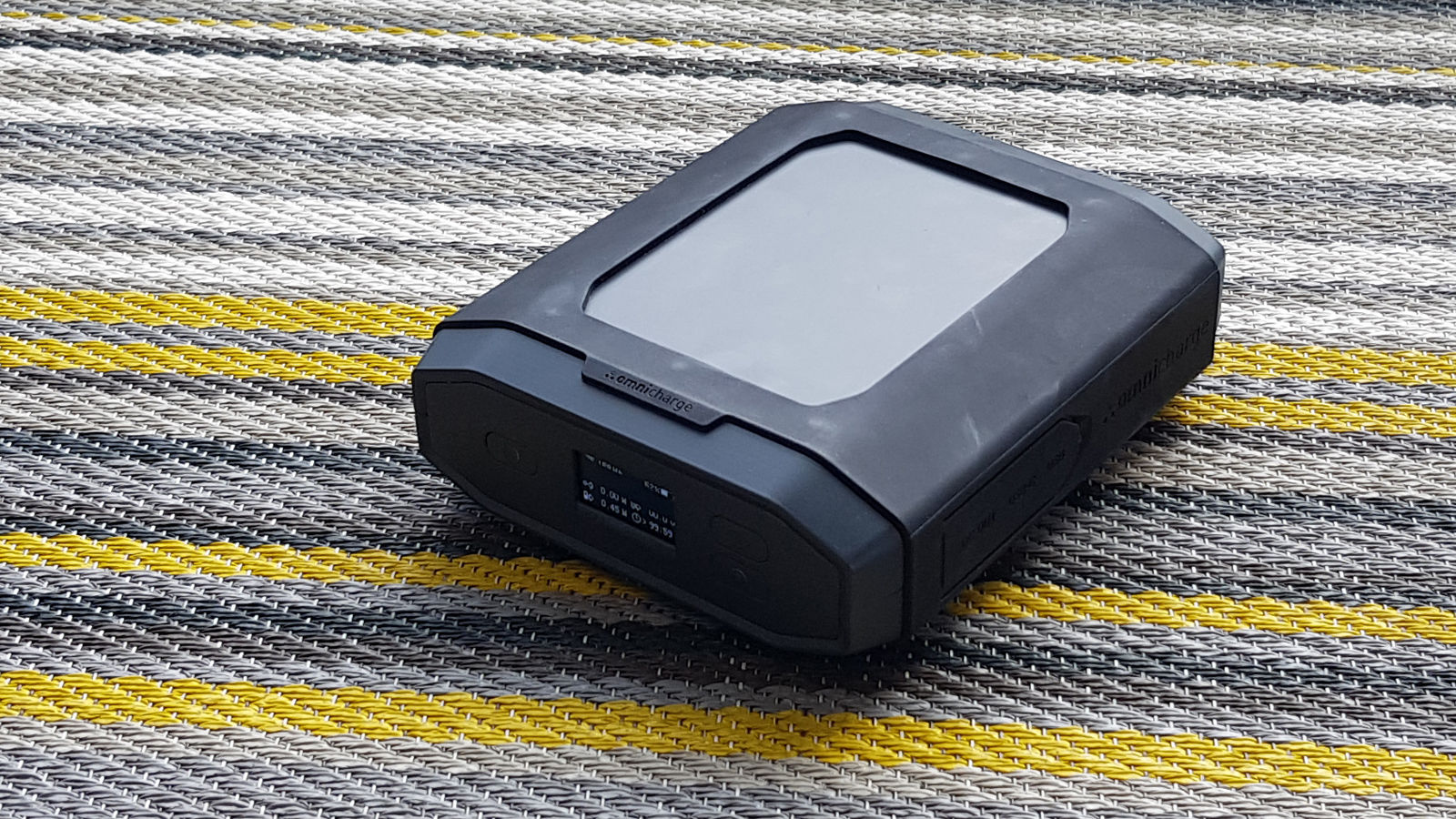 What is the Omni Ultimate?

In its most basic form the Omni Ultimate is a huge-capacity power bank for charging your consumer devices such as a phone, tablet, laptop, camera or drone away from mains power.

To this end there’s an enormous 40,800mAh (147Wh) capacity battery which, depending on your device, could charge a phone up to 20 times, or a laptop two to three times.

This thing is so enormous in capacity you’ll need airline approval to take it on a plane, and it must be stored in your hand luggage.

The Omni Ultimate is built using high-quality components from the likes of ST Microelectronics and Texas Instruments, and as such its tech is better than that found in many other power banks.

It has a high efficiency rate, and whereas others can deliver only around 65% of their rated capacity to your connected devices here you’re looking at closer to 80%.

The Omni Ultimate also boasts incredible long-term standby (holding a charge for up to a year), support for passthrough charging (the ability to charge devices from the Omni Ultimate while its own battery cells are being recharged) and several protection mechanisms that provide reassurance when dealing with such a tremendous amount of juice. 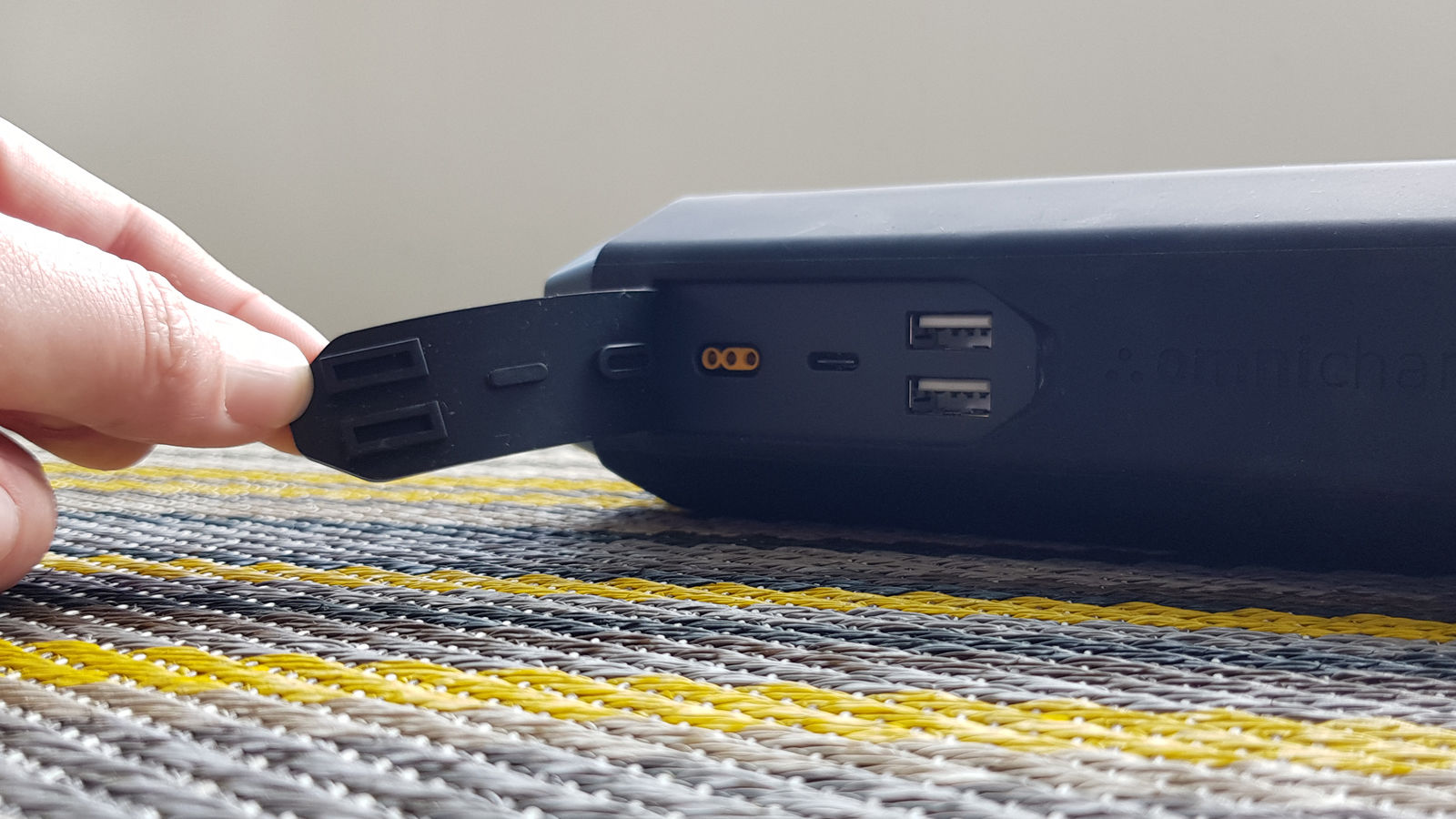 It’s unlike other power banks not only in capacity, but also the flexibility it offers in terms of outputs and their performance. Covering so many bases here, the Omni Ultimate allows you to leave the bulky power packs for your various devices at home.

As with many power banks you’ll find a pair of Quick Charge 3.0-rated USB-A outputs, which can operate at up to 15W for fast-charging a phone, tablet or other USB device.

Then there’s a USB-C port that works as both input and output, with support for power delivery at up to 60W. This is going to power most USB-C laptops, and will provide ultimate speed when charging a compatible phone or tablet. (Also see: Best USB-C PD power banks.)

As well as the aforementioned DC in there’s a DC out, which operates at up to 150W. It supports adjustable voltage (5V-60V) and amperage (up to 8A in 0.1/V/A increments), which means it can provide the correct charge to any laptop, camera, drone or other consumer tech device provided you have a compatible DC cable to hand.

For everything else there’s an AC outlet, either US or EU two-pin plug depending on which version you buy. This allows you to directly plug in and power appliances such as a TV, provided they do not demand more than the 120W it is able to offer. 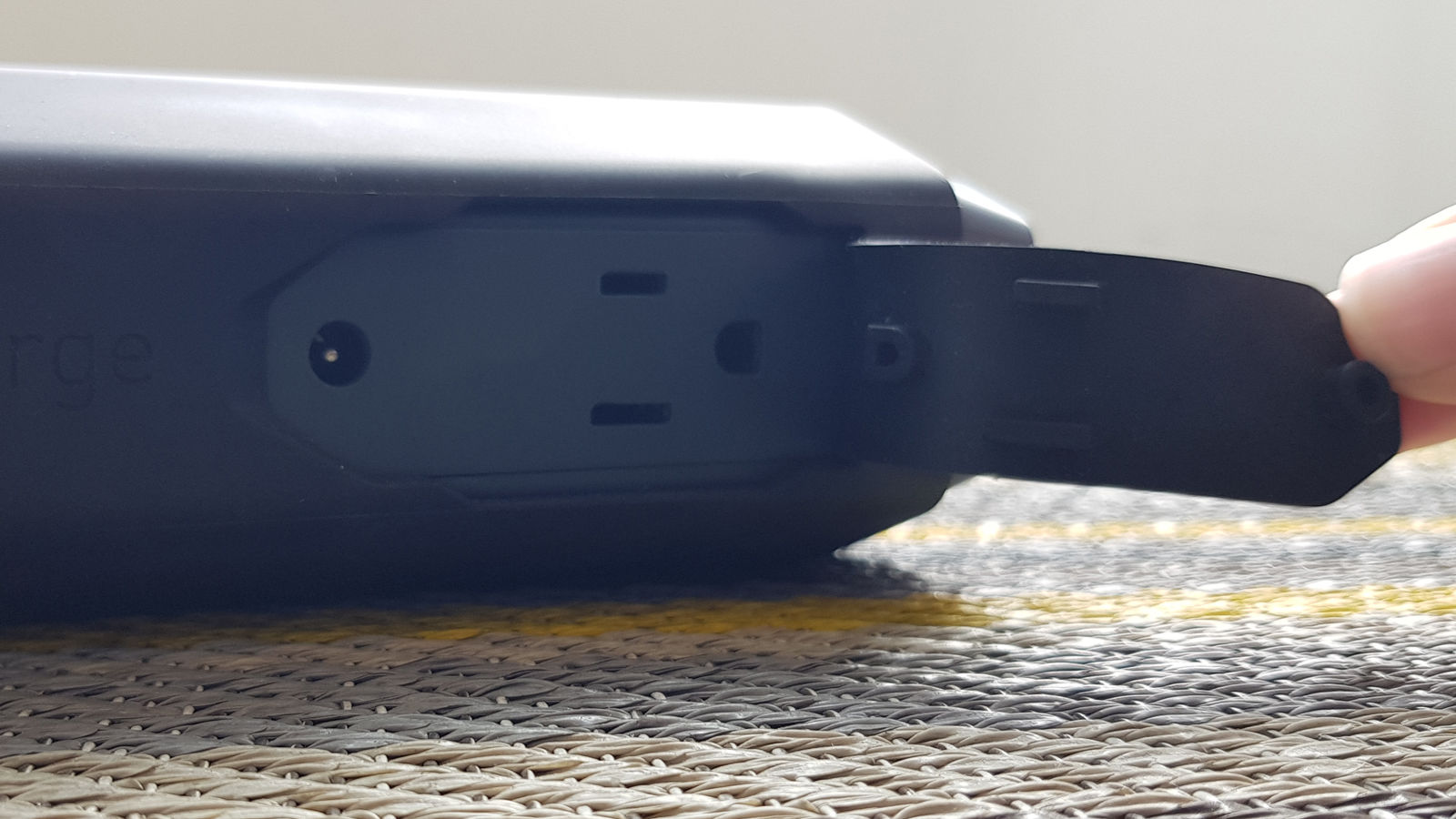 With its angular design the Ultimate looks very similar to the Omni 13, but unsurprisingly it’s an awful lot bigger. Though this new device is technically portable, and designed to power up portable devices in remote locations, it is not going to slip unnoticed into a bag, and it’s definitely not going to fit into a jacket pocket. It’s just not that kind of portable.

The Omni Ultimate weighs around 1.4kg, which is roughly the same as an ultraportable laptop. It’s bulky too, at 167.5x145x54mm. It will go in your bag, but you will feel it.

The durable grey plastic body is dust- and splashproof, rated IP54. There’s also a rubber outer shell, but the Omni Ultimate is too heavy and carries too large a charge to be viewed as a rugged device.

This rubber is reasonably flexible and pulls off to allow access to some screws and the replaceable battery pack below, but it is also a magnet for dirt that will not easily brush off. And that’s annoying, because when you’re spending this much on a device, you’d quite like it to look – as well as perform – in line with that price.

Whichever output you’re using, the OLED panel at one end of the Omni Ultimate gives you a clear picture of what’s going on. It will tell you the usual stats such as how much power remains (in both percentage and Wh), as well as things like the operating temperature and charging status and rate of the output currently in use.

It’s incredibly intuitive to use, with a single power button to the left of the screen and two buttons to the right that let you switch between outputs.

This powerhouse from Omnicharge is incredibly expensive and will be overkill for most users, but for those who have demand for a plentiful supply of power away from the mains you simply won’t find better.