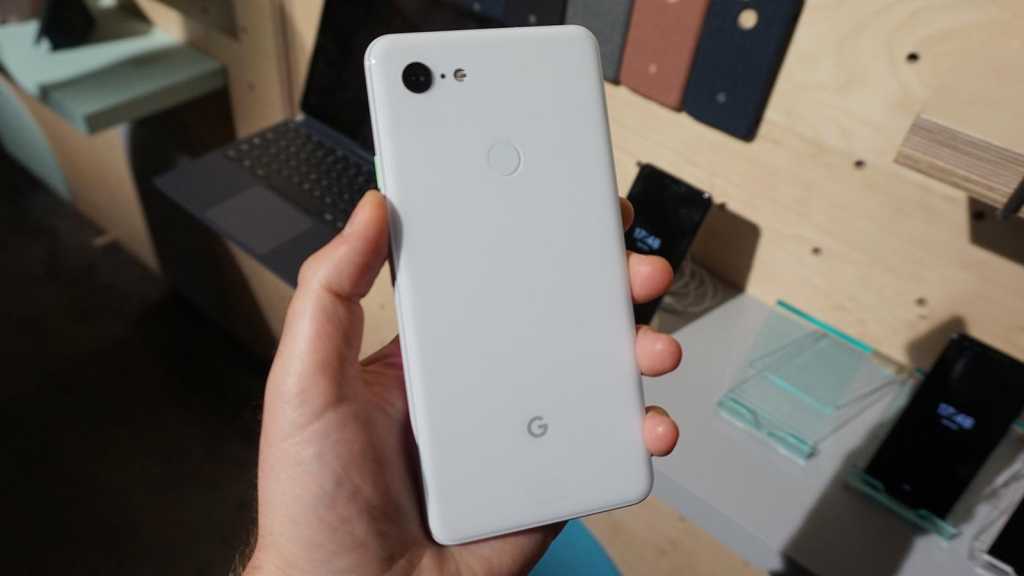 If you want the best of Android in the exact form Google wants it to be, then the Pixel 3 is the phone for you. You’ll get timely security and Android updates and an exquisite camera.  But the Galaxy S9 is a popular phone for a reason. The design is debatably slicker, the display is one of the best on a phone, the camera is nearly as good as the Pixel and has a headphone jack. If you want pure Android, get the Pixel 3. But the Galaxy S9 might cost you less and has more features like full waterproofing.

Outside of the tech world, Samsung is Android. iPhone or Samsung is the decision many people make when buying a new phone contract.

Of course, Samsung is not Android. Google makes Android work, and its Google Pixel 3 is the company’s vision of what Android hardware and software working together should be.

It has a new look and an amazing camera. On the other hand, the Galaxy S9 is familiar territory for Samsung given it looks like the S8. Both the Pixel 3 and Galaxy S9 are top Android phones with advantages to buying either.

Here’s a head to head to see which is best for you to buy.

Check our our Pixel 3 review and our Samsung Galaxy S9 review to help with your choice, too.

What is the price difference?

The Pixel 3 starts at the same price as the Galaxy S9 in the UK, but there are some US price differences.

Which one has the best design?

Whether you like design is subjective of course, but it’s hard to deny the Galaxy S9 is a beautiful phone. The near bezel-less design with no notch is still amazing to look at with Samsung’s Infinity Display slightly curved at the edges and corners. Phwoar.

The Pixel 3 has a good stab at it though, and while its bezels are larger they do include dual front facing speakers (one of the S9’s is on the bottom next to the USB-C port).

Both phones are quite breakable as they’re glass on the front and back. Samsung’s S9 picks up quite a lot of fingerprints especially if you get the black one (it’s also available in lilac and blue).

The Pixel 3 is all glass but google has frosted most of the back to make it more pleasant to hold and you’ll get fewer fingerprints. It depends which you prefer. We think the Pixel looks lovely for what it’s worth.

But you get a larger display on the 5.8in S9 compared to the 5.5in Pixel 3. Both have rear mounted fingerprint scanners and charge via USB-C. Only the S9 has a headphone jack.

The S9 (and S8 before it) helped usher in a new wave of smartphone design that many, Google included, have tried to ape and catch up with. The S9 is one of the best looking phones going, but the svelte, all-glass Pixel in black, white or pink might take your fancy.

The Pixel 3 is a sliver shorter, narrower and thinner than the S9, too.

What are the differences in features and specs?

You may be more interested with how each phone performs. Here’s a mega table for a side by side comparison.

The biggest difference (at the time of writing at the launch of the Pixel 3) is that the Pixel 3 runs Android 9 Pie, while the Galaxy S9 is still running Android 8.0 Oreo. Samsung makes great hardware but is notorious for being quite slow to push updates to its phones.

The Pixel 3, being Google made, has the very latest software and security patches, and will get them for two to three years guaranteed, on the first day they are available. The same is not true for Samsung.

This doesn’t make the S9 worse or really less secure, but if it matters to you then the Pixel trumps the S9 but quite a way here (and every other Android phone for that matter).

From a hardware perspective both phones run the Snapdragon 845 (though European S9 phones run Samsung’s own Exynos 9810). Both phones run very similarly and to the same exceptional levels of performance you’d want from a high-end phone in 2018/2019.

Both phones have one rear facing camera, a tad unusual given many other phones have two now ( the larger S9 Plus has two cameras).

The Pixel 3 has the best camera on a smartphone. Google is ahead of the curve when it comes to the post-shit processing the software can do, and it shows. But that’s us. You may prefer, as many do, the way Samsung processes images – usually with more aggressive saturation.

The S9 has a variable aperture in its lens, meaning it can take in more or less light depending on the light level to achieve better results in dark environments. The Pixel 3 sets about getting clearer night shots using software.

While the S9 has one front camera, the Pixel 3 has two. This is to allow wide angle selfies, and will come in handy if you take a lot of group shots.

Both phones can charge wirelessly on any Qi charger. Samsung and Google sell their own, but you don’t get one in the box. You do get headphones with each phone though (regular for the S9, USB-C for the Pixel).

These are two quite evenly matched phones in terms of specs. The Pixel 3 has an outstanding camera but you may not like the design. The S9 is one of the most popular phones out there for a reason – it’s very well made, and it costs over £100 / $100 less in some stores already than the Pixel 3.

If you need stock Google Android on a phone, get the Pixel. If you’ve had a Samsung phone before and loved it then you’ll certainly like the awesome design of the S9.