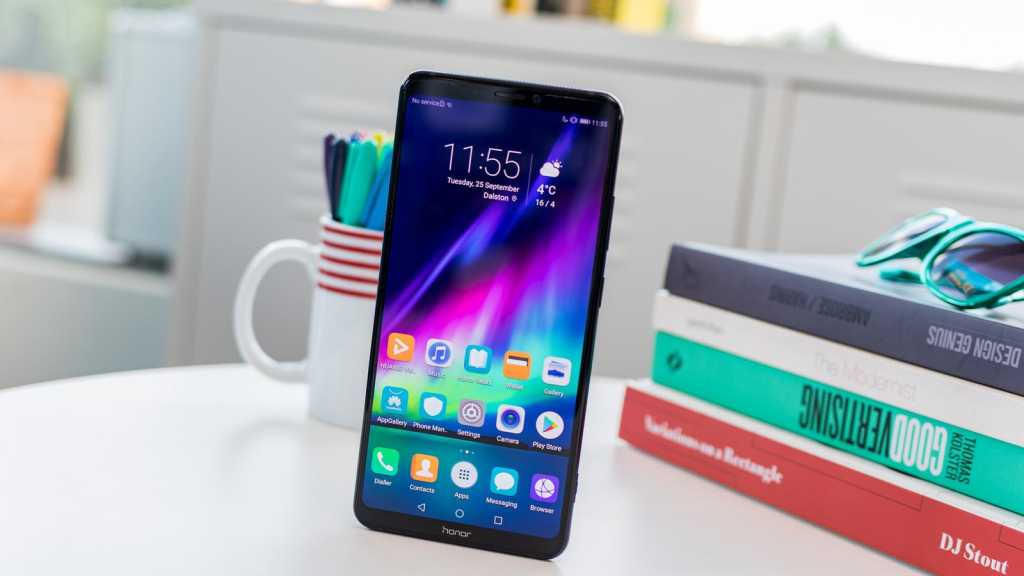 The Honor Note 10 loses a star as it must be imported from China and you have to sideload Google services. It also has no headphone jack. Otherwise, this is a very good smartphone with one of the best large displays you can buy without a notch. Performance is excellent and it really can be a replacement for a small tablet.  It’s not for everyone, but that’s the whole point.

Honor is fairly firmly established in the European smartphone market, making budget to mid-range smartphones with good specs. Many of the company’s best handsets have the same internals as  the best Huawei phones.

But not all of Honor’s phones launch globally. The unapologetically huge Honor Note 10 is one of these, a massive flagship glass slab with dual cameras and a 6.95in screen.

The Chinese market traditionally demands huge screens and the Note 10 has nearly seven inches of display, without a notch. It’s nothing if not impressive, even if you think it’s overkill.

What are the advantages to such a huge phone, and is this one any good? Here’s our review.

How to buy the Honor Note 10

As it’s not officially sold in the UK or Europe, you’ll have to import the Note 10 if you want it (our device was provided for review by Honor).

Prices tend to fluctuate on import sites that send phones from China to the UK, but at the time of writing Geekbuying is selling the Note 10 for about £360.

There is also stock at Gearbest, but again, prices can change. We’ve received products from both retailers before and have found them in new working order with no issues.

If you can get it for around £400 it’s a great deal. If it’s a large screen you’re after, it’s larger than the one on the Galaxy Note 9 and would be less than half the price. Bear in mind though that despite sharing ‘Note’ branding, the Honor Note 10 does not have a stylus like the Galaxy Note 9.

The Note 10 is incredibly well-built, helped by its sheer imposing size. Yes, this phone will be too big for 95% of people. But if you want a huge phone and notches bring you out in a full-on rage, then this could be the niche smartphone you need in your life.

From the front it looks similar to a Pixel 2 XL thanks to the bezel shape and curve, an already large phone that the Note 10 dwarfs. The design is fairly uniform – glass on front and back with an aluminium frame. The flat back glass is for aesthetics only as the phone cannot charge wirelessly.

That back has a fingerprint sensor and two cameras that poke out slightly. Otherwise it’s clean, smashable glass that doesn’t stay clean for long (although there is a rubberised case in the box that we used constantly).

The phone has dual speakers on the top and bottom edges in an attractive symmetrical grille pattern. We found that we blocked them quite a lot though when holding the phone landscape, the way it ended up staying quite a lot thanks to the large screen that’s best for video.

But when unimpeded they are plenty loud, if a tad tinny but hey, this is a phone we are talking about. They’re not as good as the front facing speakers on the Pixel 2 XL but they are far better than most phones with a single downfacing speaker, and show that the Note 10 is in its element in landscape.

Maybe it’s a sign that all phones are gradually getting larger, but even with our small hands we got used to typing (with both thumbs) on the Note 10 pretty quickly. The AMOLED display, while large, has an 18.5:9 aspect ratio that makes it just that bit slimmer.

But when a phone makes the iPhone 8 Plus look small, it ain’t for everyone. It’s also very heavy at 230g.

Our review unit is a Chinese model and yours would be the same if you decide to import. This means we had to sideload the Google Play Store ourselves, as Google is banned in China.

We didn’t have any problem doing this, and neither will you – you can simply use the preinstalled browser to search for ‘Google Play services .apk file’ and download it from  a listed source like this one.

We were then able to download Google services and third-party apps from the Play Store rather than trying to do it through Huawei’s App Gallery. From here, the Note 10 has acted just like an Android phone with Google pre-installed.

Aside from the occasional part of the OS such as the screensaver text that remains in Chinese (as it’s an overlay) we were using the phone in English from set up.

Screen to be believed

With a Kirin 970 processor, the Note 10 is no slouch. This is the same chip inside the Huawei P20 Pro and Honor 10 and performs just as well on the Note 10, paired with 6GB RAM (an 8GB RAM model is also available in some markets).

Despite being outgunned on a spec sheet by Apple’s A12 Bionic, Qualcomm’s Snapdragon 845 and even Huawei’s own Kirin 980, the 970 is more than powerful enough in 2018 into 2019. The below benchmarks show that it is the previous generation, but these scores are still very good.

The Note 10 runs Android 8.1 Oreo with EMUI 8.2 overlaid and it didn’t stutter or creak under anything we threw at it.

We live in an age of smartphone one-upmanship and marketing that say we need to upgrade every year. But if you buy a phone as powerful as the Note 10 in 2018, it’s going to be good for at least three years use. Don’t believe the hype!

A significant upgrade from the regular Honor 10 is the display, which comes with a screen protector preinstalled. The Note 10’s screen is a 6.95in AMOLED with 2220x1080p resolution and surely the sole reason anyone would opt for this phone. It is a screen, that’s why you buy it.

It has support for HDR10 content and no notch. All video we streamed to it looked awesome, if a touch below the market-leading quality of the OLEDs on the iPhone XS and Sony Xperia XZ3. But paired with the dual Dolby Atmos speakers, the Note 10 is one of the best media-friendly phones we’ve reviewed.

But other than the screen size, this is basically any other high-end Honor (or Huawei) phone thanks to the specs and software experience. In fact, the Note 10 is basically the Honor 10 in a different shell, from the CPU and GPU right down to the same camera parts (annoyingly, the Note 10 loses the headphone jack).

There’s also an extra button on the right edge of the phone, and it’s a bit odd. It’s a turbo button that only works in some games, such as PUBG. Press it, and (in Chinese!) you’ll be told you can push the phone into turbo mode to eke better performance out of it at the cost of battery life.

It’s nice to have, but not essential. The button proved far more useful in its other guise as a camera shutter.

Dual cameras mean you can do quite a lot with them– bokeh effect, 2x zoom and monochrome. The cameras are very good but not truly great, in part thanks to the oversaturation we saw when we reviewed the Honor 10.

Like that phone, the Note 10 has an ‘AI’ mode that aggressively changes the colourisation of your snaps to make them more social media ready. If you take photos in AI mode you can turn off the effect, but if taken without the mode switched on, you can’t apply the changes. We prefer shots without AI turned on, but you might think otherwise. Oh, it’s also not AI. But that’s a rant for another day.

It’s not as bad as the 13Mp front facing camera’s beauty mode, shown on and off in the samples below. You might have to click to view the slideshow:

Add to that a 5,000mAh (yes, five thousand) battery and you have a phone that can last all day. Much of that extra power is there to simply power the hug display though, so battery life isn’t actually overly that much better than other flagship phones. It charges very fast with the included charger.

There’s no wireless charging and, as we have lamented, no headphone jack, and no headphones in the box though there is a 3.5mm jack dongle. With 64 or 128GB storage and dual SIM support as standard, the Note 10 is pretty fully featured.

You shouldn’t be too put off by the software, which we find perfectly usable if a little too far removed from Google’s vision of Android (this is the case with every recent Huawei and Honor phone we’ve reviewed. EMUI works, but it makes you work a tiny bit harder than it should).

Once you’re used to menus and quirks, you’ll be fine. Just don’t forget you’ll have to get Google Play services running on your own.

All smartphones have screens but the Honor Note 10 is a phone that feels like it is just a screen, and not in a bad way. If you want a big, well-priced Android smartphone with no notch, this is the one to get.

It’s verging on tablet sized yet somehow remains acceptable (just) in a pocket. We are used to fairly big phones though, and if you are rocking an iPhone SE then you won’t be interested in the slightest.

If you’ve got this far into researching and can be bothered with the faff of importing the Note 10, we think you’re going to love it.