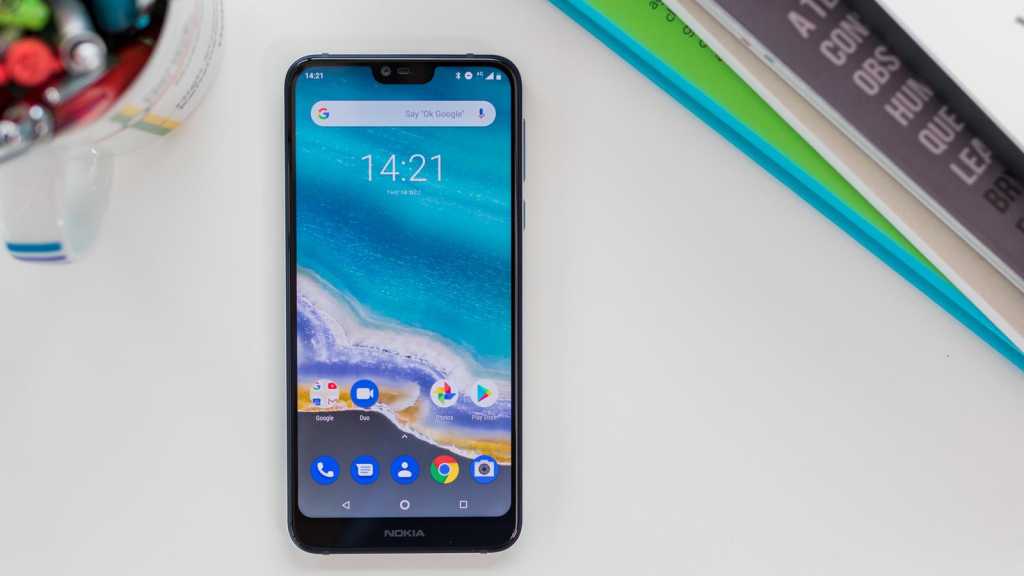 The Nokia 7.1 is a familiar mid-range phone for the end of 2018: a notch, big bottom chin and dual cameras. But these cameras are pretty good, and the display is lovely. Its build quality is above average though, and with Android One on board and decent performance it’s an excellent mid-range phone with the advantage of three years of guaranteed security updates.

HMD Global launched the Nokia 7.1 at a flashy event in London. It seems even mid-range devices get the swanky announcements these days, but it’s turns out this phone is worth the effort.

It adds to Nokia’s growing range of smartphones with choice at every budget. The Nokia 7.1 (though HMD say “Nokia 7” and not the “.1”, don’t get us started) is a sweet spot of price, specs and design.

Though it apes the notched design and aesthetic of phones three times its price, it’s by no means three times worse. It’s a great mid-range phone with a few compromises to reach the price point.

Price and where to buy the Nokia 7.1

The Nokia 7.1 is a phone with impressive build quality. A glass sandwich with a 6000 series aluminium rim, it’s a study phone with a decent weight to it.

The notch design is still not to everyone’s taste, and it still looks odd with that and then a fat chin at the bottom emblazoned with the Nokia name. Only Apple has worked out how to get rid of the bottom bezel while using a notch.

This aside, the glass is a nice hue on the Gloss Midnight Blue model of our review unit. There’s also a white version called Gloss Steel with copper detailing. Debatably Nokia could have not made the phone quite so glossy if it hadn’t opted for glass, but it does make the phone feel more premium than it actually is.

It charges via the USB-C port on the bottom and has a headphone jack on the top edge. The slim design houses a 5.84in screen in 19:9 format, so this is a one-handed phone for most people. It looks and feels quite like the high-end  LG G7 ThinQ  in size and weight – no bad thing.

What on the inside?

Despite its mid-range specs, the Nokia 7.1 is quite fully featured.

The phone has a 5.84in 19:9 notched IPS LCD display with good viewing angles and colour reproduction. The 2280×1080 resolution is pretty great for a phone in this sub £300 price range. It uses Gorilla Glass 3 to keep scratches at bay.

It’s got decent touch response and supports HDR10, meaning high quality playback of compatible streaming content. But we found we preferred video with the optional toggle switched off, as with it on it often over darkened the contrast.

Like the high-end Sony Xperia XZ3 the Nokia 7.1 can also actively upscale SD video into HD directly on the phone – a cool feature that works without you realising and should improve your day to day use.

With a Snapdragon 636 energy-efficient chip inside, the Nokia 7.1 has decent performance though it is noticeably slightly slower than high end phones, as you’d expect. Some menus lag for a split second and high-level apps like graphically intense games can stutter occasionally but still load.

The UK set up of 3GB RAM and 32GB storage is the minimum you’d want in a smartphone today, but the deal is sweetened by the free unlimited Google Photo cloud storage you get with the phone.

In the below chart we compared the Nokia 7.1’s performance using Geekbench 4 (CPU) and GFXBench (GPU) apps against phones of similar price and spec. In fact, the Moto Z3 Play costs a lot more but you can see the Nokia is close in performance to it.

The Honor Play is in there to show how superior its gaming capabilities are should you be considering a mid-range phone for this purpose.

Bluetooth 5.0 with aptX here will provide excellent wireless audio connectivity, and isn’t something found on every phone of this price. A single downfacing speaker is what you get for external audio for hands free calling, which is adequate, but you won’t want to play party tunes off it for long.

The dual camera set up is now standard fare for most phones at every price and the Nokia 7.1 joins the club. A 12Mp and 5Mp sensor mean you can take bokeh effect portrait shots of people and there’s a quite in-depth Pro mode built into the camera app. The images are pretty impressive considering the phone’s price.

By flicking the shutter button up, you can quickly access the Pro mode sliders. It’s an intuitive camera app, and one that puts some others to shame in its ease of use and many features.

You can also live stream video directly from the camera app to other platforms if that’s your thing. It might not be, but it’s cool to see so many integrated options.

An 8Mp front facing camera hides in the notch for selfie duties, plus the bothie that Nokia continues to push, which is still weird (a split image of a selfie and a person in front of you). There’s also fun face filters and an optional beauty mode.

You may need to click to view the below gallery:

With a 3060mAh battery the Nokia 7.1 should can see you comfortably through a day of use as its paired with such an efficient processor in the Snapdragon 636. We consistently saw the phone ending the day with at least 30% charge every day we used it.

USB-C fast charging promises 50% battery top up in half an hour and made good in our tests, hitting 56% in that time – another great feature from premium phones that has successfully tickled down to the mid-range.

You don’t get wireless charging, but there’s a fast charger in the box.

Getting on with Android One

The killer feature for the Nokia 7.1 and a reason to consider it over other mid-range phones is the fact it runs Android One. In this instance it’s based on Android 8.1 Oreo but will get an update to Android 9 Pie soon after launch.

Android One is a clean, close to stock version of Android with excellent update perks – security patches every month guaranteed for three years and two years of Android OS updates.

Phones like the Honor 8X promise the OS updates too, but don’t have the advantage of Android One’s regular security updates and ultimately will not deliver like the Nokia 7.1 will.

It’s a great thing when you can buy a cheaper mid-range device in 2018 and know that it will be fully secure until 2021. This is particularly pertinent at this price when sometimes phones get no updates at all.

Despite the crowded mid-range the Nokia 7.1 is one of the better choices for a smartphone in the price range in what is a very crowded market.

Its generic but solid design is improved with an above average display and the ongoing attractiveness of opting for Android One means it’s preferable if security and clean Android is what you want.