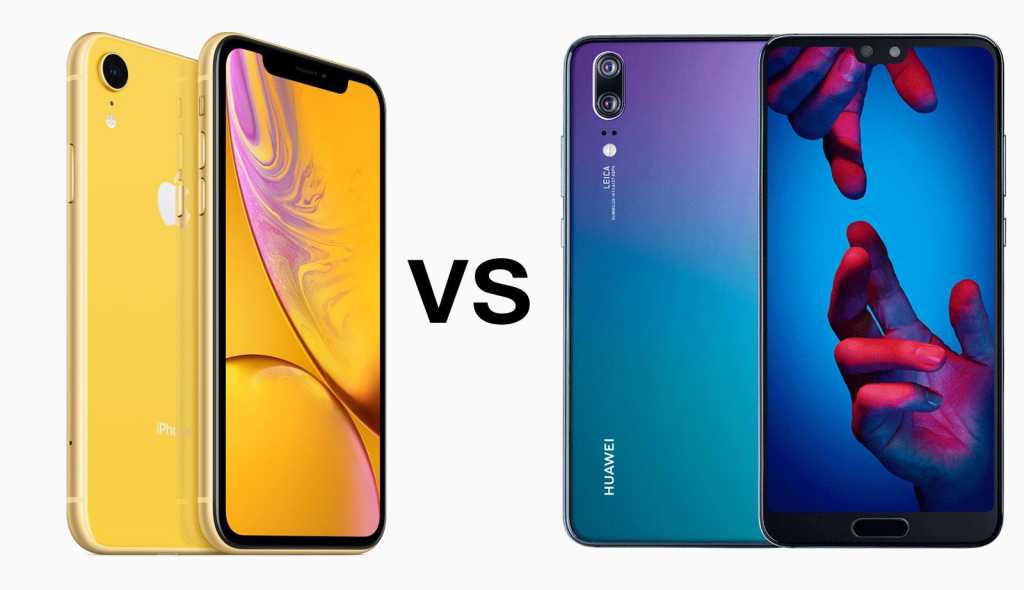 So which to buy: iPhone XR or Huawei P20? If price is sensitive for you, then the P20 is considerably cheaper. By the time you’ve bought a case and got a PAYG SIM, you’d be able to use your phone for a year and still have change compared to buying even the cheapest iPhone XR – which has half the storage of the P20. But you pay more and you get more with the iPhone: better water resistance, better performance, a more colour-accurate screen and stereo sound. If those, plus the colour options and all the features you get in iOS 12 are attractive to you, then we’re sure you’ll be thrilled with a shiny new iPhone XR. If you don’t plan to shoot underwater photos with your phone and you don’t need iOS, then the P20 is a great choice at a sensible price. It takes excellent photos and still looks every inch a premium handset.

All-new iPhones are few and far between, but the XR is one of them. Some are calling it the ‘cheap’ iPhone, but that’s purely relative. What it is is a new size of iPhone which offers many of the flagship features you’ll find in the iPhone XS (and Max) at a lower price with some funky colour options.

In the opposite corner of this particular fight is Huawei’s P20. This is only a few months old, appearing as it did back in the spring of 2018. It is a similar size to the iPhone XR, but runs Android instead of iOS and costs a fair amount less.

When it launched the P20 cost £599. It’s still the same price at many retailers, but you can find it cheaper. For example, at the time of writing you could pick it up for £479 SIM-free from Carphone Warehouse.

There’s a choice of colours – Twilight, Blue and Black – but not capacities: 128GB is standard on all models.

Those colours we mentioned are: white, black, blue, yellow, coral and red, so there’s something to suit just about every taste.

The P20 is the little brother of the P20 Pro, so if you’ve seen one or are familiar with it, it’s almost the same but with two instead of three rear cameras.

It’s roughly the same size, so isn’t physically littler, but has cut-down specs to reduce the price. One of these is the LCD screen, which replaces the OLED display in the P20 Pro. But other than that, its specs are very similar.

Build quality is fantastic, as is the feel in the hand. It looks awesome as well, especially in the Twilight finish which fades from a green-blue colour to purple on the glass back.

There’s no wireless charging, sadly, but there is support for Huawei Super Charge and using the supplied power adaptor and USB-C cable, the P20 will charge from 0-60% in 30 minutes.

The screen is good overall with great viewing angles and – thanks to the use of an LG panel with an RGBW pixel arrangement (that’s added White) – it is capable of matching the iPhone’s 625 nits at maximum brightness. The disadvantage of the extra white pixels is an effective reduction in resolution as they don’t add to the detail, but the 1080p resolution is still higher than the iPhone XR’s.

We’re yet to test out the iPhone XR’s LCD screen, but Apple doesn’t lie when it says its screens have excellent colour accuracy and we suspect it will have noticeably more accurate colours than the P20. The XR can also display HDR content and it has True Tone, which means colours are adjusted so they still look accurate under any type of lighting.

It’s also impressive how Apple has managed to make the XR’s screen just as bezel-less as the XS and XS Max. That’s not trivial with an LCD screen, and from a design perspective it looks great. It also has the “most durable front glass ever in a smartphone”.

Resolution is fairly low for a screen this size, but it sticks to Apple’s Retina HD density of 326ppi so it’s enough not to see the pixels at a normal viewing distance.

No matter which colour you choose, the front looks the same. It’s the aluminium band around the edge and the rear glass which add the colour and it’s just as seamless as on the iPhone XS.

In fact, there are many similarities with those more expensive iPhones: the XR has the same internal A12 processor, the same second-gen Face ID system and the same Smart HDR photos.

The iPhone also wins the water-resistance battle: it is rated to a depth of 1.5m for 30 minutes. The IP53 rating on the P20 means it is protected from dust (aren’t all phones dust resistant?) but it cannot be submerged in water – or any other liquid. All it will survive is a light spray.

Another area where Huawei lags behind is audio: the P20 has just one speaker in the bottom edge. Apple has included stereo speakers in the XR with the same ‘wider’ stereo sound you’ll hear from the XS and XS Max.

Then again, let’s not forget that you’ll pay £270 more for the 64GB version of the iPhone XR, which has half the storage. So some of these misgivings can be overlooked.

Here’s how their dimensions and weights compare:

We can’t help but feel Huawei missed a trick with the P20’s cameras. It has two on the rear – one more than the single-lens iPhone XR – but the secondary camera isn’t the telephoto one you might expect. It’s a standard lens with a monochrome sensor and is used for depth detection (to produce blurry-background portrait photos) as well as to enhance mono photos.

Make no mistake though, the P20 takes phenomenal photos. It’s on a par with the P20 Pro most of the time and has the same 960fps slo-mo, but lacks the amazing zoom and night mode features of the P20 Pro.

It’s also slightly lacking compared to the XR’s photography features. The single 12Mp camera doesn’t look great on paper, but dig into the details and you’ll find it will take the same Smart HDR photos as the iPhone XS and can even produce portrait phots with bokeh without a second camera. There’s even the same Depth Control which lets you adjust the ‘aperture’ when editing photos taken in Portrait mode.

Don’t forget video: the iPhone XR can record 4K at 60fps with cinematic stabilisation and the same extended dynamic range you get on the XS. There’s also 240fps slo-mo.

One or two SIMS?

All the new iPhone models have a built-in eSIM which allows you to have a second number on a second tariff. It’s still a relatively new concept, but carriers support eSIM already as it has been in iPads and Apple Watches for a year or two now.

With the P20, you’ll mostly find UK sellers (including Carphone Warehouse) offering the single-SIM model, so if you want the dual-SIM version make sure you check what you’re buying. You’ll typically find the dual-SIM version only available if you buy SIM-free from Amazon marketplace sellers, ebay and other places. Unlike the iPhone, the P20 lets you insert two physical nano SIMs.