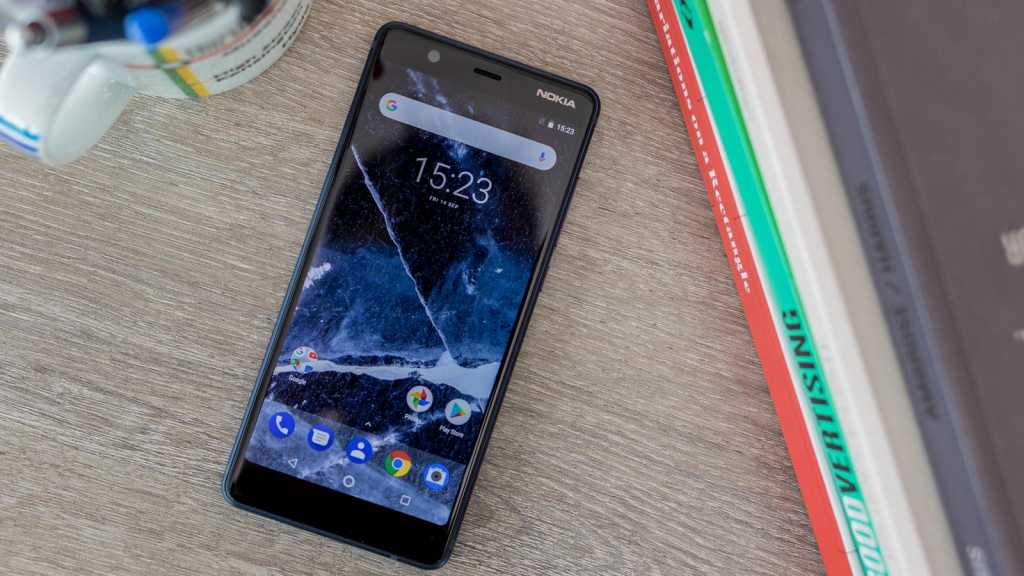 For less than £200, the Nokia 5.1 is certainly a tempting option for those on a budget. It looks stylish, is comfortable to use and boasts a gorgeous 18:9 display with a higher resolution than some flagship smartphones, but the performance isn’t the best that we’ve seen. There’s a slight delay opening and closing apps, though in-app performance is much smoother. One department it can’t compete in is game performance; it’s okay with basic 2D games but frankly isn’t up to the task of running something like PUBG Mobile.

Announced earlier this year, the Nokia 5.1 is the 2018 upgrade to Nokia’s popular budget Nokia 5 that came to market last year. Offering a larger display, improved internals and a gorgeous high-end design, is the Nokia 5.1 the ideal budget smartphone? It certainly looks the part, but it’s not perfect – find out why in our Nokia 5.1 review.

Following a slightly delayed launch, the Nokia 5.1 is now available to buy in the UK and Europe. Those in the UK can pick the smartphone up contract-free right now for only £189, while those in the EU can pick it up for 189 Euros. That’s a slight increase of £10 on last year’s Nokia 5, but we feel like the increase is justified by what’s on offer.

Those tempted can head over to not only Amazon, but Argos and Carphone Warehouse in the UK, while those in Europe can head to Amazon to pick up the budget smartphone.

Is it worth the price?

It certainly wouldn’t look out of place alongside other smartphones like the Google Pixel 2 and Huawei Mate 10 Pro, though it doesn’t quite have the premium look to take on the likes of the iPhone XS and Samsung Galaxy Note 9. But, for the budget pricetag, it’s not to be expected.

As well as looking like a high-end smartphone, the Nokia 5.1 feels comfortable in the hand thanks to curved edges, and the 18:9 aspect ratio provides a larger display without being too unwieldy. It measures in at 151.1 x 70.7 x 8.2 mm, so it’s not the bulkiest phone on the market either.

There is a bit of a forehead and chin above and below the display, but this is present on most of Nokia’s smartphone range and doesn’t make a huge difference to the overall design.

You’ll also be happy to know that, unlike many 2018 flagship smartphones, the Nokia 5.1 features a 3.5mm headphone jack at the top of the device. No need to ditch those wired headphones just yet!

You’ll also find slots for the SIM and microSD cards on the left of the device, while the right side of the device is home to the usual power and volume buttons.

The Nokia 5.1 comes in either Copper, Tempered Blue or Black. We love the look of the Tempered Blue model, but the others certainly look attractive too.

But while the design of the Nokia 5.1 suggests it’s a mid- to high-end smartphone, the internals remind you that it is a sub-£200 budget one. The specs aren’t bad by any means, but like with most tech, you get what you pay for.

Let’s start with the display; the Nokia 5.1 sports a 5.5in IPS LCD display with a modern 18:9 resolution, providing more screen real estate without increasing the overall form factor of the smartphone.

It also sports an FHD+ resolution of 1080 x 2160, fairly impressive for a budget smartphone in 2018. In fact, it’s higher than the £749 iPhone XR revealed in September by Apple, which offers a slightly disappointing resolution of 828 x 1792.

The display is crisp and bright, even in direct sunlight, but the colours do seem a little muted when compared to other smartphones on the market. It’s certainly not a deal-breaker though; for the price, the display of the Nokia 5.1 is more than acceptable.

The storage is pretty standard for budget smartphones too, offering either 16- or 32GB of storage depending on your needs. The good news is that the Nokia 5.1 features a microSD card slot that allows you to up the storage of the smartphone by up to 256GB, providing the option to pick up the smaller capacity now and expand the storage yourself in future.

The specs aren’t exactly high-end, though the performance isn’t as bad as expected. Budget smartphones have certainly come a long way in the past few years! Though we did note a slight delay when trying to open and close apps, in-app performance on the likes of Facebook, Twitter and Google Chrome is great, with minimal lag when scrolling through content.

It does take a while to power on – up to a minute in our experience – but this isn’t something that users will have to experience very often. How many times in the past year have you manually turned your phone off? Exactly.

Gamers should consider another budget smartphone though; we found it was fine when playing basic 2D games, but trying to run a 3D game like PUBG, even with the lowest graphical settings enabled, was met with lag. Not ideal for an online multiplayer game!

This is backed up by our benchmark results. We’ve included all results in an easy-to-use chart below, but the headline numbers include a multi-core score of 3255 in Geekbench 4, a lowly 17fps in the lowest graphics test in GFXBench, T-Rex, and 22.3 in JetStream.

The Nokia 5.1 sports a Dual-SIM setup, even in the UK market, offering the ability to use two SIM cards on a single smartphone. It’s not a new feature – it has been a standard feature in Chinese smartphones for years – but it’s finally making its way to the UK market, and we welcome it with open arms. It certainly makes data roaming in other countries easier if nothing else!

Apart from that, the Nokia 5.1 offers a fairly standard suite of connectivity options including Bluetooth 4.2, Wi-Fi 802.11 a/b/g/n, GPS & NFC. A nice touch that harks back to old-school Nokia feature phones is a built-in FM Radio, available when using headphones.

You’ll also find a 3.5mm headphone jack on the top of the smartphone, and a microUSB port for charging and data transfer at the bottom.

Oh, and for the security-conscious, the Nokia 5.1 sports a lightning-quick fingerprint scanner on the rear of the smartphone, directly beneath the camera sensor.

The Nokia 5.1 features a rear-facing 16Mp camera along with a dual-LED flash and the ability to capture HDR images. It’s a single- rather than dual-lens setup found on other smartphones, reflecting once again the budget price-tag of the smartphone.

It still takes decent snaps though; the detail captured is impressive for such a cheap smartphone, but we do think colours are a little off, and the noise cancellation is noticeable when zoomed in – even on perfectly lit images. While it might not be up to the standards of a professional photographer, it’s more than enough for a quick point-and-shoot before sharing on social media.

One area where the camera doesn’t perform as well is in low-lit environments. Though expected before testing, our sample snaps show that as well as being darker than the competition, the noise cancellation is over-aggressive, and the details are soft. That’s when we were trying to be as still as possible too – if you’re trying to take a photo of a group of friends on a night out, chances are you’ll end up with a blurry snap.

The rear-facing camera is capable of capturing 1080p Full HD video, but sadly, it’s capped at 30fps. Even if you lower the resolution of the video, no buttery-smooth 60fps recording options are available to you. There’s no OIS or even EIS on offer either, meaning that videos captured on the Nokia 5.1 will be shaky, even when recorded with the steadiest of hands.

The front-facing 8Mp snapper is more than enough for the likes of Snapchat, Instagram and video calling your friends and family, but we’d leave the most serious photography to the rear-facing camera. The quality is decent, but we’ve noticed that images are a little washed out in terms of colour, and highlights easily blow out in bright environments.

The video offering isn’t too impressive on the front-facing camera either, offering a maximum of 720p HD with no OIS or EIS to help stabilise your videos.

The Nokia 5.1 features a built-in non-removable 2970mAh battery that, in our experience, is generally enough to get us through an average day’s use, though this will depend on a number of factors including brightness, cellular vs Wi-Fi usage and more.

The smartphone has run out of battery while we’ve been using it, but that was only when we were testing the GPU and playing different mobile games. If you’re just tweeting, texting and browsing, you should get a full day’s use before plugging it in.

We’ll be running our official battery test in the coming days, so check back soon to see how it compares to other budget smartphones on the market.

One of the biggest draws of the Nokia 5.1 is in terms of software; unlike most of the competition, the 5.1 offers Android One, based on 8.0 Oreo.

What does this mean to those at home? The Nokia 5.1 provides an almost-stock version of Android that receives monthly security updates, keeping your phone much more up-to-date and secure than some flagship Android smartphones on the market right now.

Thanks to the near-stock nature of the software, there’s very little in the way of pre-installed apps beyond the usual suite of Google apps that appear on all Android smartphones, giving you a blank canvas to fill your 16- or 32GB of storage.