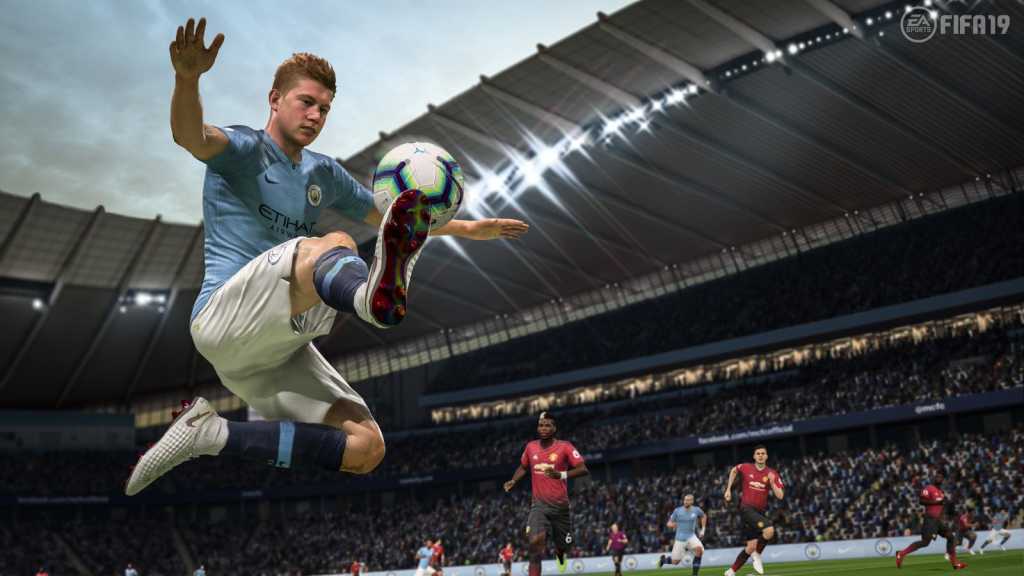 If you want a tactical, intricate football game FIFA still isn’t it, and probably will never be. PES sacrifices official licensing for more technical game mechanics but it’s hard to ignore FIFA’s branding, fun gameplay and superior online community. FIFA 19 is what you’d expect, but in a better way than last year. It improves local multiplayer for the first time in a while and adds some more superstar sheen and in-game touches to an already polished franchise.  It’s the best FIFA yet, but you assumed that already, didn’t you?

As sure as the setting of the sun, each September a new FIFA game will roll into view. And each time we’ll cry, “it’s the same game!” while we click the buy button on the pre-order page.

See the best FIFA 19 deals across all consoles here.

A Nintendo Switch version is also available but doesn’t have all the features reviewed here (our review copy was for Xbox One).

There’s something great about New FIFA Day and we are very much taken by FIFA 19. Sure, the game mechanics are largely the same, but there are some key changes and additions to the gameplay and set up here that make it not only better than FIFA 18, but more of an improvement than that game was on FIFA 17.

Firstly, EA did well to nab the Champions League and Europa League image rights from Konami. The latter’s Pro Evolution Soccer series has awesome gameplay but can’t compete with EA’s rights to use the names, kits and stadia of major footballing royalty.

FIFA is now gamers’ one stop shop for the complete world football experience. It can finally officially brand FIFA 19 with a Champions League mode, music and all.

In-game mechanics are a slight tweak to FIFA 18. Ground passes fizz quicker and more satisfyingly, crosses look and feel better and we scored a lot of headers. It’s not the case that FIFA 19 is easier, but it certainly flows better, with AI teammates making clever runs to get into better positions. 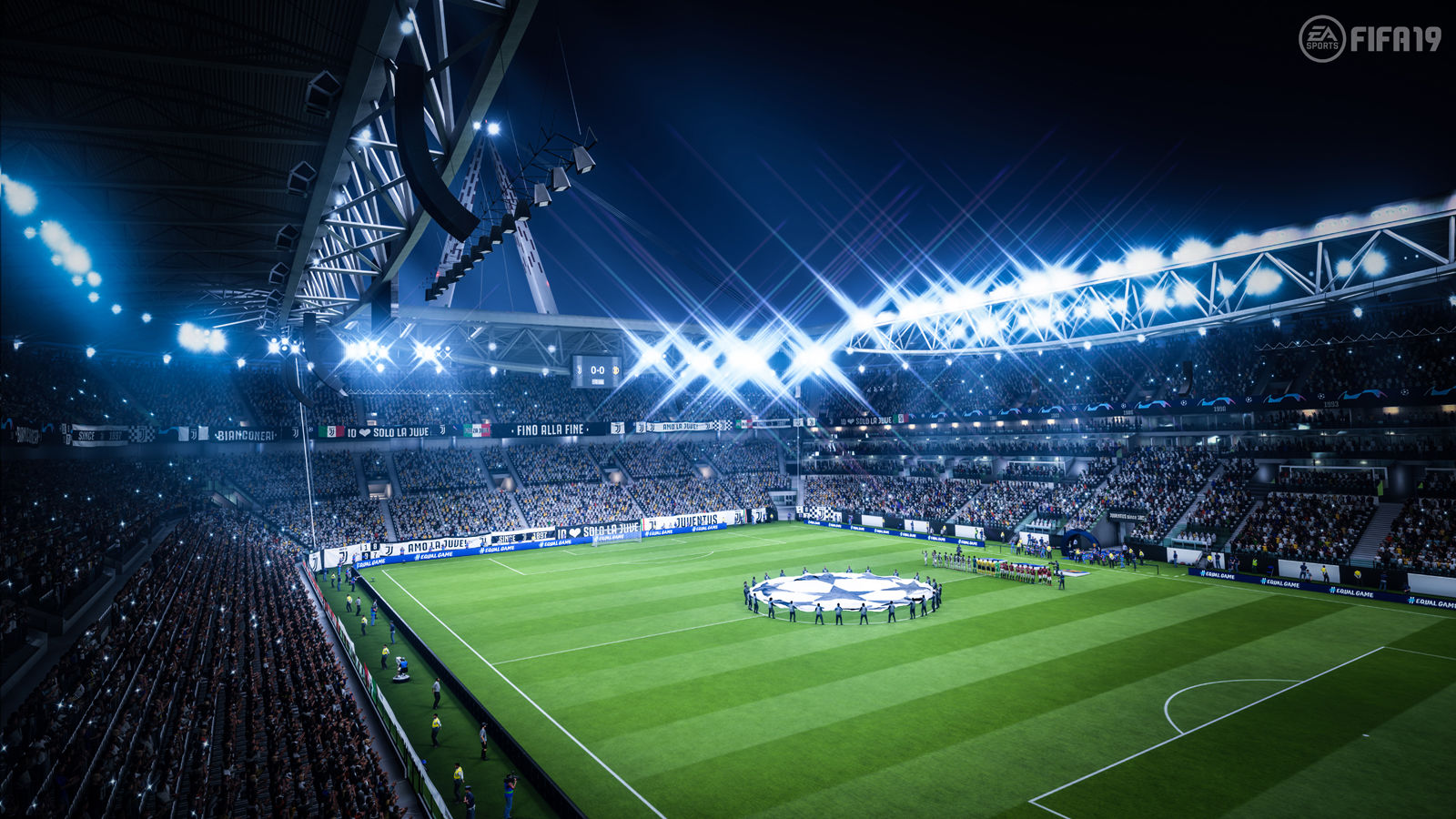 Active Touch is new for FIFA 19 and is the most noticeable addition for close control, allowing you to trap the ball when you receive it in different ways and dummy opponents. The right analogue stick is key for these moves and will unlock your next level of show off skill.

Kick Off is updated and allows you to create Kick Off Names that let you track stats and head to head records against specific opponents, so you really can prove you’re better than your housemates. You can sync these stats online.

There are far more offline modes too. House Rules recalls  cult game Red Card where there are no offsides, fouls or bookings, which makes for great fun as you hack away at your mate who is miles better than you in normal play.

These additions to offline multiplayer are where FIFA 19 improves despite the industry’s push into online. There’s nothing quite like screaming at each other in the same room over the computerised beautiful game.

Another great mode is Survival where you permanently lose a random player from your team when you score, or one where goals scored from outside the box count as two goals. 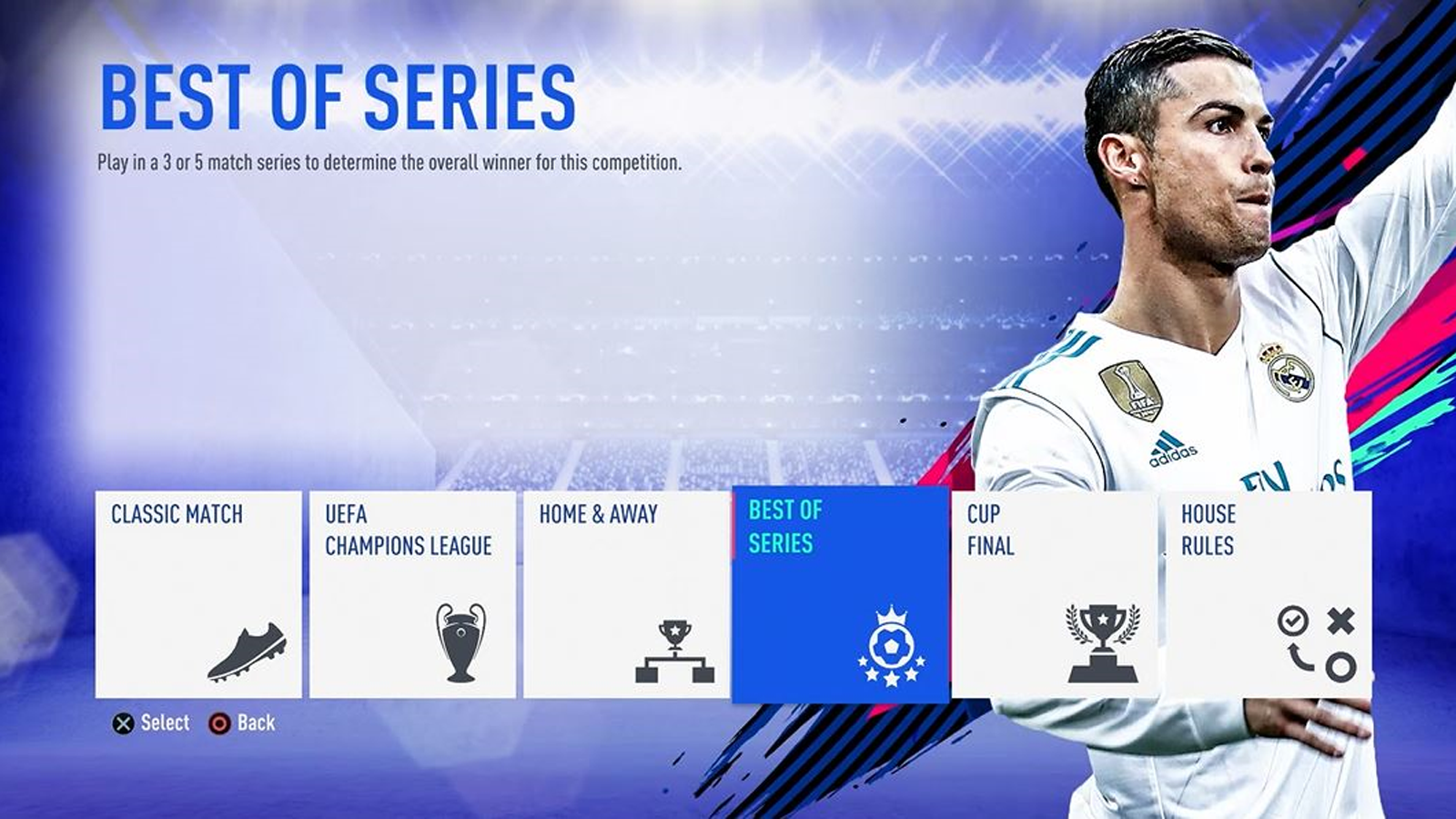 You might not play these modes for hours on end, but it refreshes the pick up and play appeal of FIFA when sometimes playing single matches feels no different from the previous year’s game.

Alex Hunter is back for the third game running, but this is supposedly his last. The Journey now revolves around Alex, his American half-sister Kim and his once-rival now-pal Danny Williams.

You’re thrown straight into Liverpool vs Coventry as Alex’s grandad Jim, replete with 70s TV crackle and Motty on the mic. It’s cute, but it’s not particularly engaging. The story chugs on from there as Alex lives it up in LA.

We have the same reservations about The Journey as the last two years: it is slow and a bit dull. It’s fun now and then when you bump into Ronaldo or Neymar but the cutscenes (though graphically well crafted) are ponderous, and hopping between three players’ stories actually slows down the game even more, when surely adding more characters is meant to invigorate it.

You go from playing a pre-season friendly with Danny, to a passing drill with Kim, to signing for Bayern Munich for Alex – it’s simply not that fun. Answers you can pick to important career decisions range from sassy to nerdy but the outcome is actually always the same, so the illusion of choice in The Journey is pretty thin.

Career mode offline is still fun and reminds us of the heady days of FIFA 2002 on the PSOne, blindly playing match after match to win the league and then do it all over again. It’s good that there are solid one player modes in The Journey and Career, but most single player fun remains in online play and, for some, FIFA Ultimate Team. 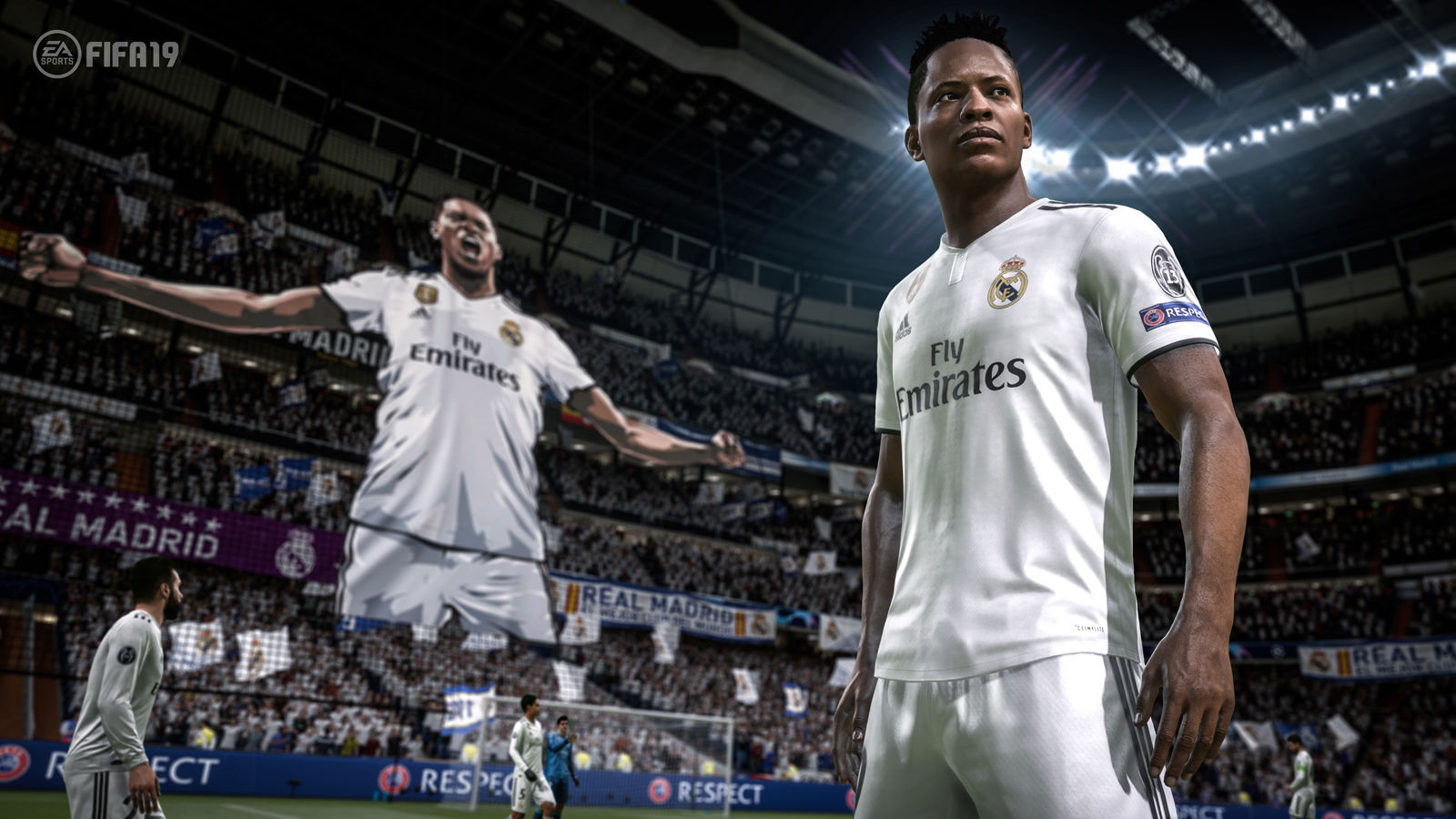 Ultimate Team remains the same as before, so playing well with a team of players selected from all leagues will win you coins to buy better players. It’s still FIFA at its most wild and indulgent, with random online opponents of similar level and the pride you get when you win with a team you hand-picked.

The skill level is pretty high online though, and can be off-putting for more casual players.

Player likeness is excellent across the board, with the usual attention paid to the superstars. Mo Salah in particular is spot on, with FIFA ambassadors Ronaldo, De Bruyne and Dybala placed throughout The Journey.

In the game, these amazing attacking players are great fun to play with but less fun to play against. In FIFA 19 defensive structure and tackling prowess still plays second fiddle to attacking, because scoring overhead kicks from outside the area sells games.

EA does not consider defending sexy (the last defender to feature as FIFA cover star was Sol Campbell on FIFA 2000) and the modern FIFA game wants you to score screamers. It’s very hard to tackle the best attackers in the game and means high-scoring matches are always far more likely than the more realistic edgy 1-0 results.

But it depends what you want from FIFA. While it’s less true-to-life, FIFA 19 excels in football escapism. You want to score last-minute winners in a 5-4 end to end classic, not win the Champions League on penalties (which are still a nightmare to take, by the way).

This is the best FIFA ever, but this does tend to be the case every year. But the addition of new kick off modes and improved gameplay mean the changes are tangible.

The Journey is fun enough but it has run its course, and EA Sports won’t bring back Alex Hunter in FIFA 20. It leaves the franchise open to new things for next time, but for now FIFA 19 is the best football game you can buy.