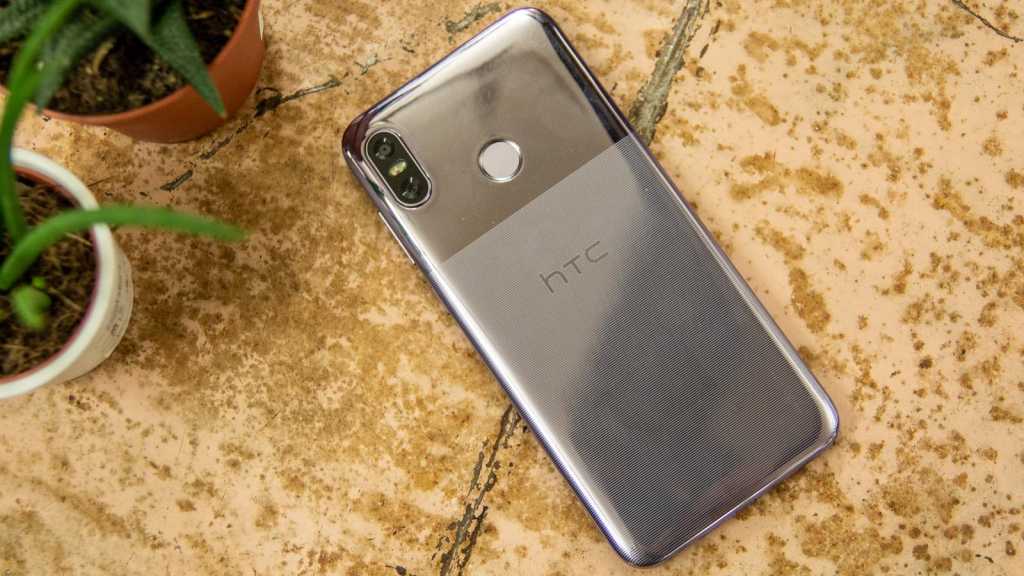 We might not agree with every decision made for the U12 Life, such as putting the fingerprint scanner in the shiniest part of the phone or ditching Android One. However, HTC has done a pretty decent job of creating an attractive mid-range phone. Not only does it look pretty nice (if you’re on-board with the mirror finish), it comes in at just £299 with some decent specs including a large screen, dual cameras, 64GB of storage and a big battery.

The mid-range is almost as fierce as the flagship phone market these days and HTC is back for another crack at it. The U12 Life offers decent design and specs for under £300 but has its drawbacks as you’ll find out in our full review.

HTC has been struggling in the phone business for a while now, but we liked the U11 Life last year. The same is true of the updated version, which brings various improvements and ditches Android One.

HTC U12 Life: Price and where to buy

So the U12 Life comes in at £299 in the UK and 349 Euros in Europe – we’re told it’s not destined for the US. You can buy it directly from HTC and it looks like that’s you’re only option with no retailers or networks stocking the phone.

At this price, it’s competing in a tough mid-range market with phones such as the Moto G6 Plus, Honor Play and Samsung Galaxy A6.

In design, the U12 Life looks somewhat like the Pixel 2, which coincidentally, HTC made for Google.

There’s an interesting effect that HTC calls ‘3D Ultra Stripes’. Sound like some made up gimmick but these are actually tiny grooves in the ‘acrylic glass’ that are laser cut to 0.3mm deep. Huawei has done something similar, although more subtle, with the Mate 20 Pro.

Not only does it create an interesting look different to other phones, it aids grip which is a regular problem for glass backed handsets. It’s also supposed to reduce fingerprints.

It does do this a little bit, but mostly compared to the shiny top section. Oddly, this is where the fingerprint scanner is and you’re going to be polishing this area all the time to stop it looking grubby.

We wouldn’t mind if the entire back had the 3D Ultra Stripes but HTC wanted a two-tone look.

The front of the phone is fairly plain, like most, but looks nicer this time around with a decent 80 percent screen-to-body ratio. HTC has opted against a notch, but the screen is tall and therefore on-trend in at least one way.

One downside this year is that the U12 Life isn’t waterproof. HTC says that it’s splash resistant but it doesn’t have an IP67 rating like its predecessor. It does have a headphone jack, though.

As is typical for a lot of mid-range phones the U12 Life is moderately sized. It’s 8.3mm thick and 175g.

The phone is available in just two colours: Midnight Blue and Twilight Purple as you can see below.

New phones can launch with precious few upgrades compared to its predecessor but the U12 Life has a number of new hardware elements. Nice work from HTC considering the phone is cheaper this year.

Due to the modern 18:9 aspect ratio, the U12 Life has a large 6in screen. Yet, along with small bezels, the phone doesn’t feel too big overall. It’s a big jump from the 5.2in display on the U11 Life.

The resolution also gets a bump to Full HD+ to account for its height. HTC has also switched to a new panel type called LTPS (Low-Temperature PolySilicon) which is partly due to cheaper manufacturing costs, we believe.

HTC says it comes with benefits over IPS LCD including power consumption and better contrast.

We’re not sure if that’s true but we can say the display is pretty good for a phone under £300. It’s got a decent amount of brightness although colours aren’t particularly saturated, some may prefer this more natural look and there’s enough pop to avoid it looking washed out.

Inside there’s an upgrade to the Qualcomm Snapdragon 636 processor, which is supposedly 40 percent faster than the 630 inside the U11 Life.

There’s also 4GB of RAM and 64GB of storage as standard, which was the higher spec model last year. If you need to add more storage then you can use the second SIM slot and add up to 1TB more.

There’s a 128GB model but it’s be exclusive to Taiwan.

In general, the phone is nippy in use quickly opening most apps and not showing signs of significant lag. As you can see below, it benchmarks fairly well compared to it’s predecessor and key rivals, although we didn’t see the 40 percent boost as advertised – it’s more like 20 percent.

However, if you’re looking for a gaming phone around this price, then check out the Honor Play.

As mentioned in the design section, HTC has re-introduced the headphone jack and the phone still has USB-C as you would expect. Elsewhere, there’s dual-band 11ac Wi-Fi, Bluetooth 5.0, GPS and NFC which is top-notch.

HTC has moved to stereo speakers for the U12 Life so sound in an improvement. They don’t get the BoomSound tag, though. Oddly, the phone has lost the ability to playback 24bit Hi-Res audio which is a shame.

The phone is dual-SIM if you don’t need to add an SD card (which takes up one slot) and it’s LTE Cat 11 which means speeds of up to 600Mbps.

We’re pretty accustomed to even budget phones coming with dual cameras now and HTC has added a second to the rear to be bang on-trend.

So the U12 Life has a 16Mp, f/2.0 camera again but now a 5Mp secondary for depth effect. It’s got phase detection auto focus (PDAF) and electronic image stabilisation (EIS).

The U12 Life can take decent quality photos with the rear cameras, including macro and the depth effect. Landscape is also nicely detailed, but using HDR means that colour saturation drops and there’s less punch to the result. Compare the two below.

You can shoot video at 4K if you’re happy with 30fps, otherwise Full HD can stretch to 60fps. Video quality is ok, but the lack of any decent stabilistaion means you need to keep things nice and still.

The front camera is lower resolution 13Mp camera with HDR but now its own LED flash for taking selfies when there’s just not enough natural light. Our best sample in the gallery below uses HDR as otherwise the background was blown out or the subject was too dark. Colours are a little washed out but detail is reasonably good.

Overall then, a pretty good performance for a phone under £300. The areas where is falls down are understandable at this price.

There’s a nice jump in battery capacity from 2600- to 3600mAh so battery life should improve. HTC says you’ll get 88 hours of music playback, 13 hours of video (720p, mid brightness) or 12 hours of LTE browsing.

In our demanding battery test the U12 Life lasted six hours and 59 minutes, which is pretty good. Regular usage should get you through a day, but you’ll want to top up over night so you don’t run out half way through day two.

There will be a 10W charger in the box which the firm claims will charge the phone from empty to full in just 40 mins.

HTC U12 Life: Software and apps

The U11 Life came with Android One – Google’s program for phones offering stock Android and the promise of both security and OS updates.

Well HTC has ditched that for this time around, although the U12 Life comes with a still mostly stock version of Android 8.1 Oreo.

The Sense user interface is there, so if you swipe from the homescreen you’ll get BlinkFeed instead of Google Assistant, for example. We’d rather have Android One but it’s not the end of the world as it’s still pretty stock and Android allows for so much customisation.

There’s minimal bloatware – just some social media apps like Facebook you’d probably install anyway – so the main issue is that there are duplicate apps for things like messaging and email.

It’s interesting that HTC has also ditched Edge Sense, its pressure sensitive tech which on other phones means you can squeeze the sides to do various things. This is a sort of marmite feature if you ask us and its likely missing to get the price tag down.

Some of the decisions made for the U12 Life seem a little odd like ditching Android One and Edge Sense. However, some of this will be to achieve it’s sub-£300 price tag which make it an interesting choice in the mid-range.

You’ll need to be on-board with the slightly odd shiny/stripy design, but if you are then you get a well-rounded set of specs including a large screen, good storage as default, some decent cameras and solid connectivity.

Still, there’s tough competition in this area and the Honor Play blows it out of the water when it comes to raw performance and the Moto G6 Plus has similar specs and attractive design at a cheaper price.

Opting for the U12 Life will likely be because you prefer the design and want a large battery.