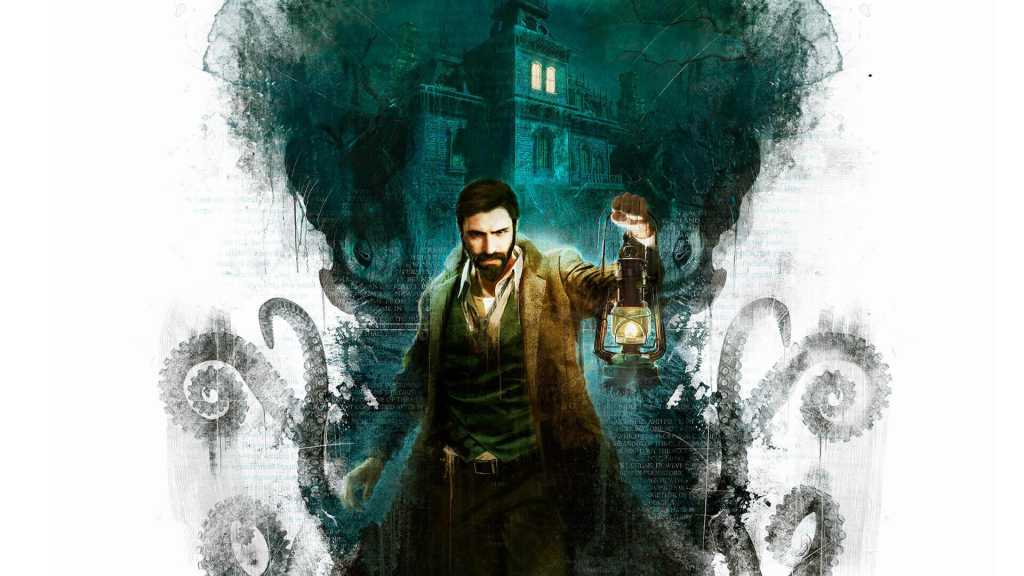 Call of Cthulhu is a game that’s unmistakably flawed, let down by clunky controls, awkward writing, and a lack of polish that’s evident throughout, betraying the fact that perhaps Cyanide Studios’ ambition exceeded its grasp. But if you’re able to look past those flaws, there’s a surprisingly fun, schlocky, slow-burn horror here, as indebted to ’70s B-movies as it is to HP Lovecraft’s back catalogue. It’s not perfect, and it’s not polished, but let its tentacles worm their way into your heart and you won’t regret it.

Still, there haven’t actually been many games drawn directly from the Cthulhu mythos, which makes Call of Cthulhu a pretty enticing prospect: an exploration and investigation-focused horror RPG set in the Lovecraftian lore, adapted from the popular tabletop RPG of the same name.

If you’re hoping for either a tense horror masterpiece or a contemporary challenge to Lovecraft’s more difficult views (let’s just say his views on race won’t stand up to modern scrutiny), you’ll find neither here I’m afraid. This is an awkward game that bumbles through its own tensest moments, pits you against clunky controls, and is let down time and time again by its writing – from plot to dialogue, right down to the typo-ridden subtitles.

And yet, despite all that, I had a tremendous amount of fun working my way through the 6-8 hours of Call of Cthulhu’s campaign. Not everyone will – read other reviews and you’ll find plenty who hate it already – but if you’re a sucker for the schlocky, B-movie sensibility of the early Resident Evil games (or vintage horror cinema, for that matter) but want something a little slower paced, there’s a lot to love here if you can look past its limitations.

And those limitations are no doubt partly down to circumstance. First announced way back in 2014, this game has been in development for years, with a change of developer and multiple delays along the way. The final version has been made by the relatively small Cyanide Studios, and is finally out now on  PC, PS4, and Xbox One. 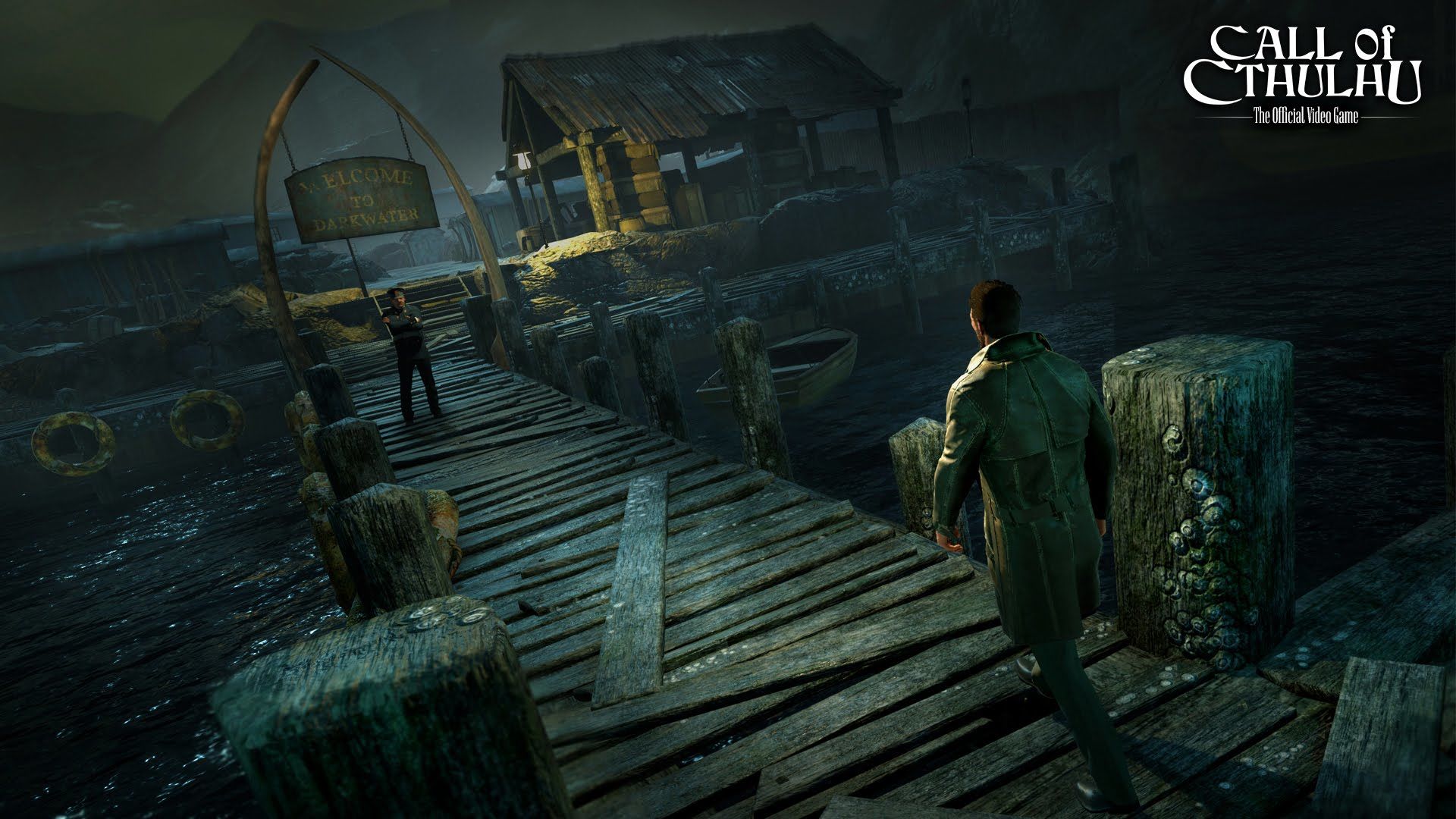 The first thing to know about Call of Cthulhu is that it’s actually based on the tabletop RPG of the same name, rather than Lovecraft’s original ‘Call of Cthulhu’ story, which has left the devs free to craft their own narrative while drawing on the role-playing game’s mechanics – though it’s worth noting that this only takes inspiration from those mechanics, rather than recreating them in digital form, so don’t expect things to work exactly as they do in the pen ‘n’ paper game.

Like the tabletop title, this has a firm focus on exploration, investigation, and psychological horror, with very limited combat. Broadly speaking, if you get into a fight you’ve probably done something wrong, and there are good odds that you’re going to lose. That’s one of the game’s biggest strengths, and arguably its weakest moments see it give in and try to offer some action – most notably an execrable shooting section in the late game that never should have made the cut.

Still, for the most part you’ll spend your time exploring Darkwater, a former whaling island near Boston. Set in 1924, the game sees you play as Edward Pierce, your classic traumatised alcoholic P.I. hired to investigate the mysterious death of a young painter, along with her husband and son.

As you explore Darkwater you’ll have to talk to the locals (who don’t much like strangers round these parts, obviously) and dig around the environment looking for clues like newspaper clippings, documents, or simply anything that looks a bit odd. This is at its best in the early part of the game, when the occult is more of a suggestion than a firm presence, but sadly Call of Cthulhu tips its hand a little too early, and after a few hours the Cthulhu Mythos is in full swing, slightly robbing the game’s latter half of some of its tension. 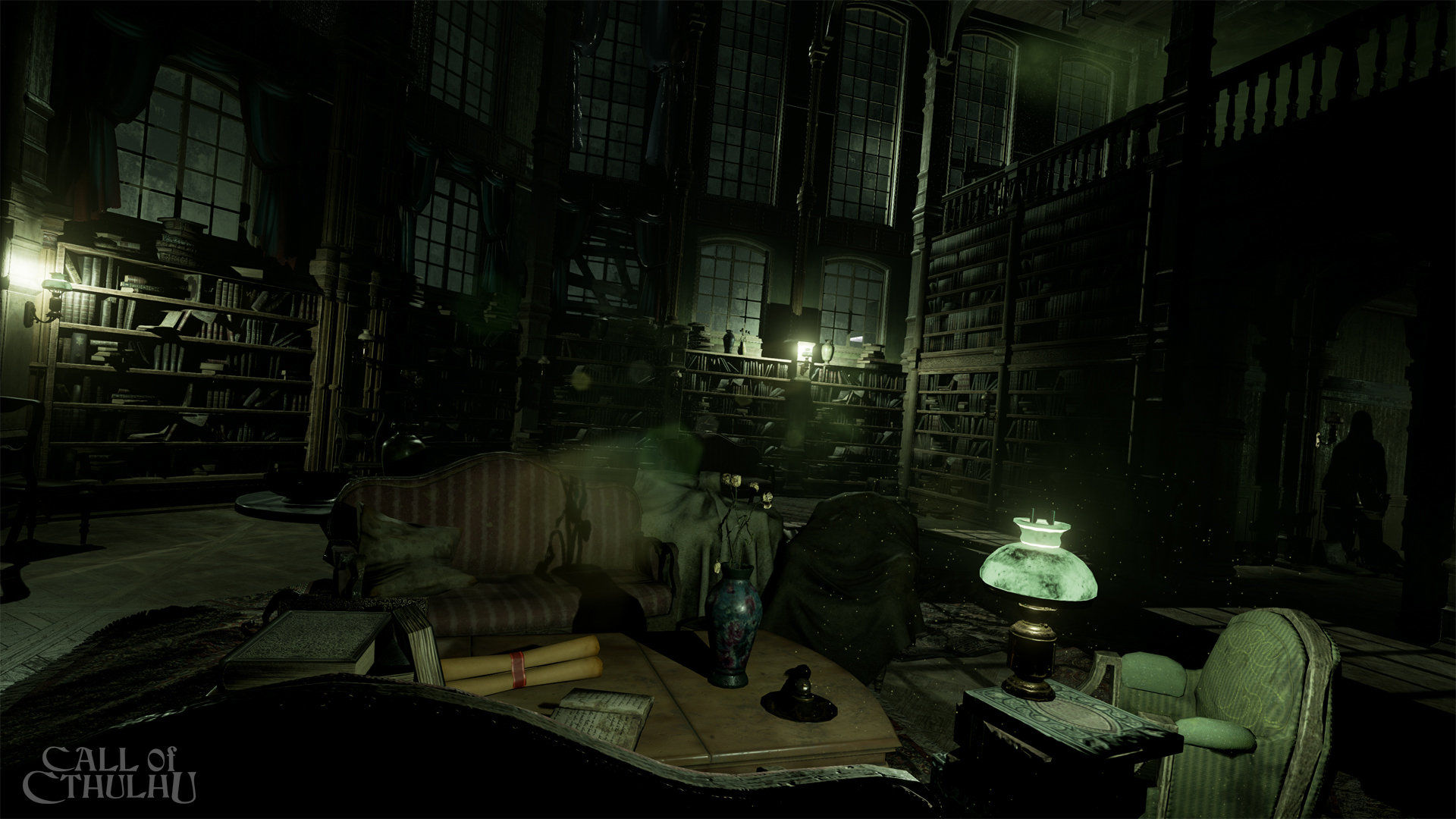 As with any good tabletop-style RPG, it pays to be diligent, and as you collect clues you’ll unlock new dialogue options which may in turn yield extra information or ways to achieve your goals. You can revisit all of those clues at any time in the menu, which includes just about every detail of the island and your investigation, so there’s reams of text to read – if you’re so inclined – and the option for any budding detective to pore over the clues and try to solve things for themselves.

Also drawing from the tabletop game, Pierce’s skillset is governed in part by a selection of character traits. You can choose how to allocate points for Strength, Eloquence, Investigation, Psychology, and Spot Hidden (the ability to find hidden items in certain specific areas) as the game progresses, improving your odds of passing certain challenges. Then there are Medicine and Occultism, which you can only boost by collecting medical textbooks or occult items during the game.

It’s only a matter of improving your odds though – behind the scenes there’s still a dice roll going on, so an element of luck still pervades the game from start to finish. This is kept secret for the most part though – not only does the game hide the random element from the player, it also avoids explicitly telling you when you’ve passed and failed – though naturally context helps you figure it out most of the time. Depending on your outlook you’ll either find this infuriating or a welcome nod to the game’s tabletop roots – I fell on the latter side, but your mileage may vary.

The end result of all that is a system that makes your character stats narratively important, without every straying into the videogamey territory of letting stats dictate results or guarantee you success. If your Eloquence is high you might be able to get into a warehouse by persuading the guards to let you in, while high Strength might mean you’re able to force the rusty old mechanism that controls the hidden entrance round the back – but equally with a spot of luck, a weaker investigator might push the cogs in just the right spot to make it work anyway. 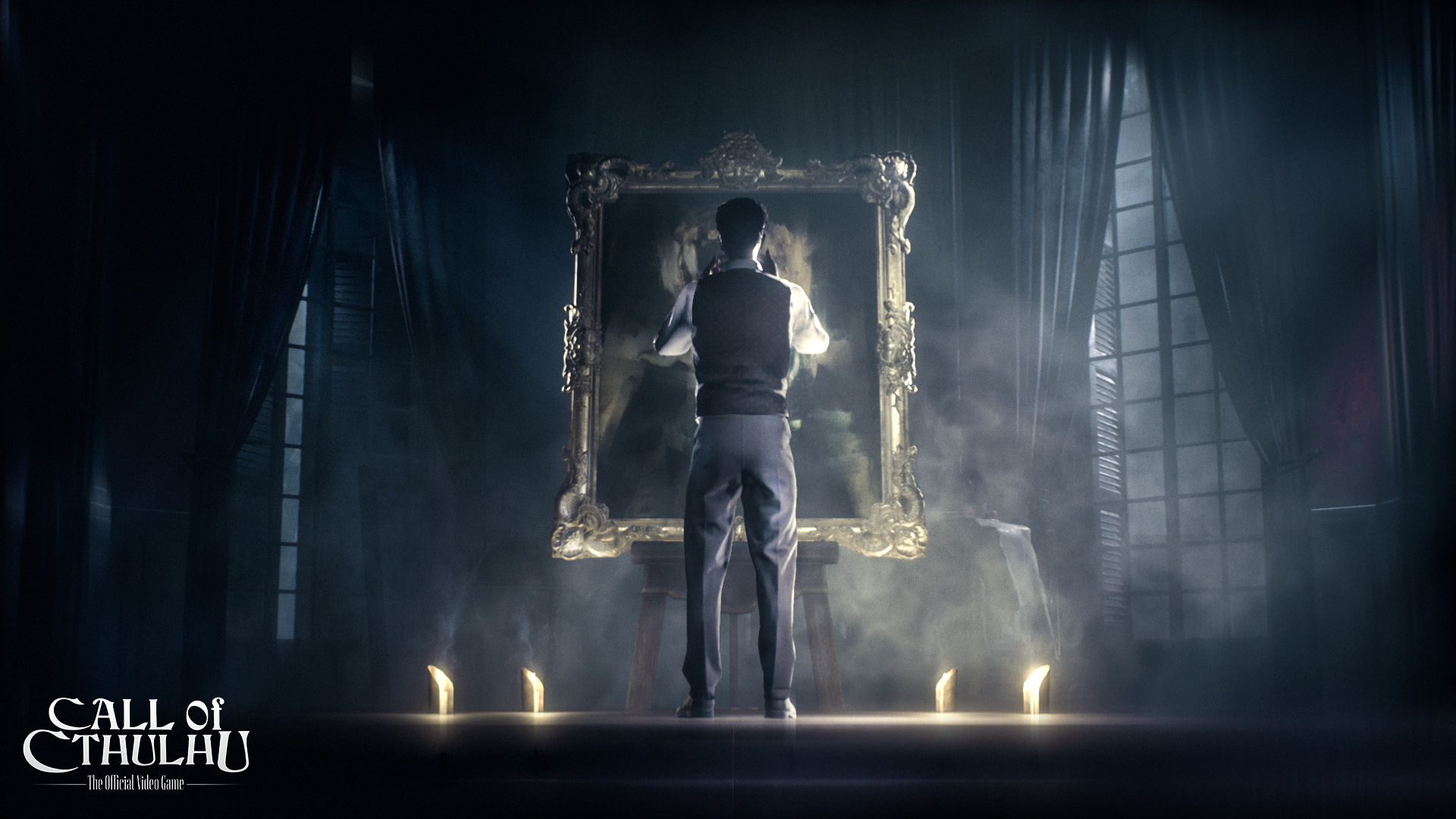 There’s also a sanity system in place, but it’s almost entirely wasted. Declining sanity is an integral part of the tabletop game (for better or worse, as its relationship to actual mental health is tenuous at best) but here it becomes little more than a plot meter. Most of the events that have a major effect on Pierce’s sanity are unavoidable plot points, and the only thing your final sanity score effects (along with multiple other game systems) is which of the four endings you might have access to – nothing along the way is really altered at all.

Speaking of, the story itself is fairly linear, it must be said – don’t expect a sprawling branching narrative here – but you at least have the freedom to shape the specifics of how your version of Pierce gets to the end, and what sort of man he is. Between the dialogue options, the varying stats, and the roleplaying potential there’s definitely the scope here for some replayability, but I’d be surprised if you had the impulse to make your way through the narrative more than twice – it doesn’t change that much.

It doesn’t help that the writing along the way there is consistently clunky. Cyanide Studios is a small French time, so the twin evils of limited budget and localisation have conspired to leave writing that’s lacking the polish you might be hoping for. Odd sentence construction gives away that this was written in another language before being translated, and it’s not helped by voice actors that only seem to have been allowed one take of every line.

In another game this might be easier to forgive, but it’s tough here. This is a game that’s almost entirely story-driven, that’s adapted from a narrative-focused tabletop game, and that draws on the work of a literary great, the writing is where Call of Cthulhu should shine, and sadly it doesn’t. 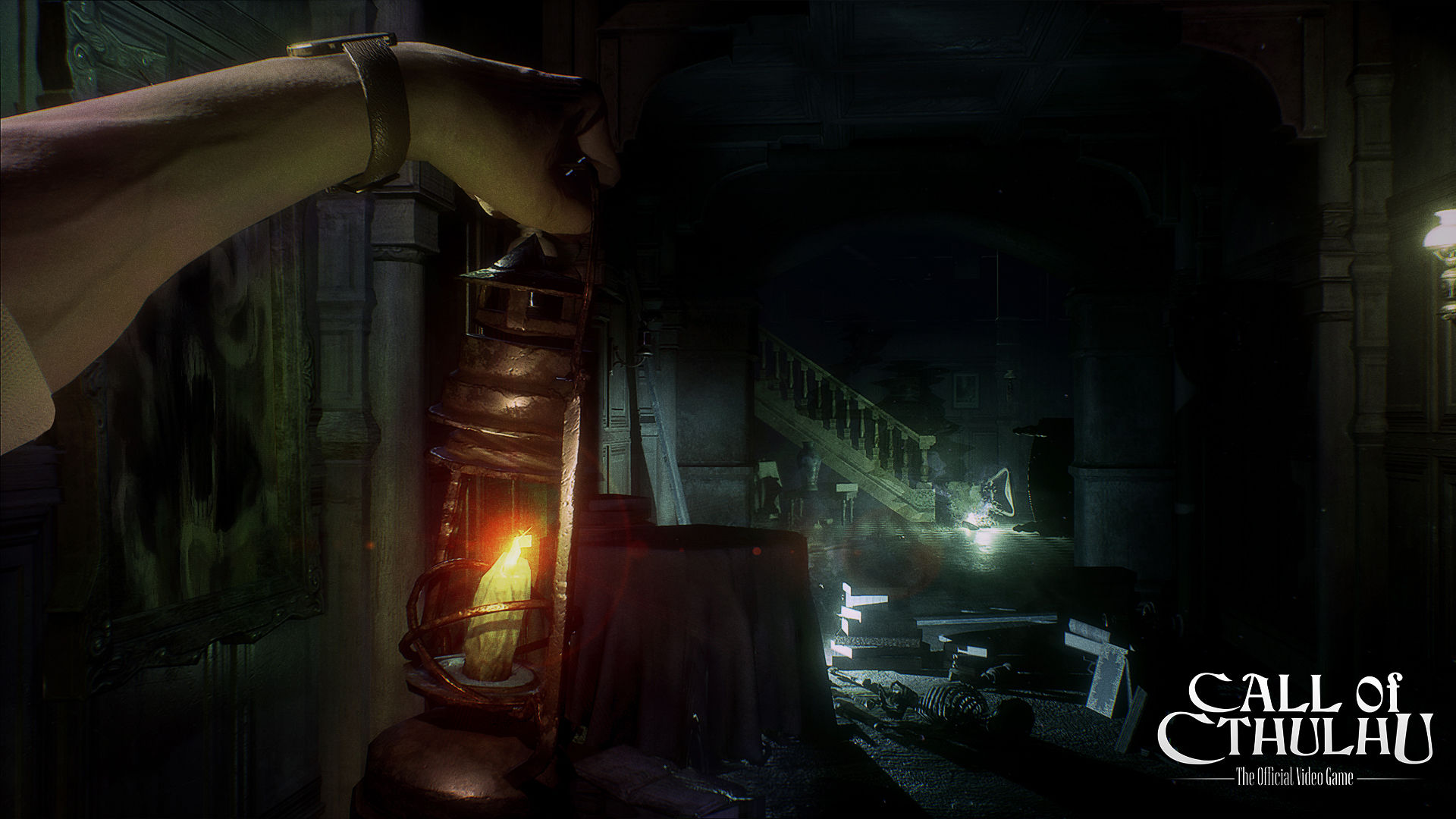 A lack of polish is simply part of the package here. This isn’t a AAA game – even if it might look like one at first blush – and it’s best to set your expectations appropriately. That means it’s occasionally a bit awkward to play, that its scope is more limited than you might like, and that the big-budget sheen you might hope for is missing – not just from the dialogue, but also from the UI, or the rather dodgy facial animations.

But if you can find it in yourself to look past all that, you’ll find an engrossing little world dominated by creepy cultists, elder gods, and a legendary giant whale with especially delicious meat (don’t eat the magic whale meat, folks). Call of Cthulhu comes from a place of love for Lovecraft, and if you’re ready to accept him into your heart and journey into the sunken city, this is a fun – if bumpy – ride.