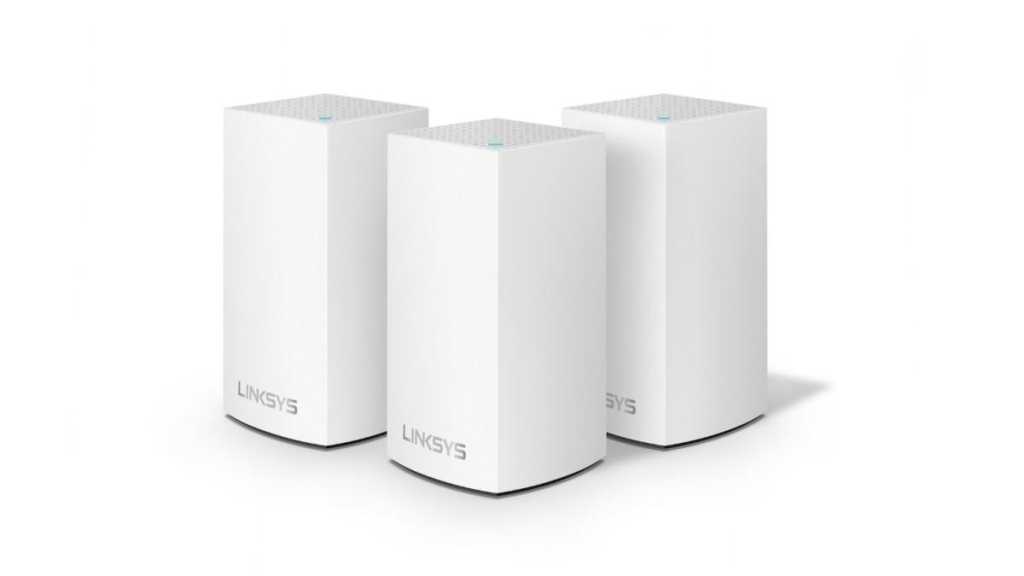 The problems with the Linksys app are a bit disappointing, and more advanced users may prefer an app that provides more fine control over the network settings. Even so, the Velop Dual Band performs well, and provides a reliable and affordable network upgrade for homes that struggle to get a good Wi-Fi signal. And it’s much cheaper than the Tri Band version.

After a flurry of new mesh networking devices over the last 18 months, we’re now entering the second generation for this new technology, and the focus largely seems to be on price rather than new features or stronger performance.

The original Velop from Linksys used high-speed tri-band routers that provide impressive speed for your new Wi-Fi network, but it was pretty expensive, especially for people who don’t have particularly large homes.

The aim with this new version, therefore, is simply to provide a more affordable dual-band alternative for the smaller homes that most of us live in. The basic approach remains the same, though, using two or three identical routers – that Linksys refers to as ‘nodes’ – in different rooms or locations throughout your home.

You can then link those nodes together to create a ‘mesh’ network that covers a larger area, and provides a more reliable Wi-Fi signal than a single, conventional router on its own. Just remember, as always, that these mesh routers don’t include a modem for Internet access, so you’ll need to hang on to your existing modem or router and connect it to the new mesh router so that it can use your existing Internet connection.

The tri-band version of the Velop launched last year was seriously fast – but it was also seriously expensive. It cost £200 for just a single unit on its own, £350 for a kit containing two routers, and a whopping £500 for a three-pack kit designed to cover a sprawling Silicon Valley mansion. Read our Linksys Velop Tri Band review.

Those prices have fallen quite a bit since our original review in early 2017, but the tri-band Velop is still one of the more expensive mesh networking systems currently on offer.

In contrast, Linksys claims that this new dual-band model is “the world’s first entry-level flexible Wi-Fi system”. There might be rival mesh devices that would question that claim, but the dual-band Velop is certainly a lot less expensive than its predecessor. A single dual-band Velop costs just £89.99, with the two-pack at £149.99, and the three-pack at £219.99.

Linksys doesn’t talk about the size of your home in terms of square-feet anymore either, simply suggesting that one of the new Velop routers is suitable for a home with two bedrooms, while three bedrooms might need a two-pack, and four bedrooms should go for the three-pack.

Also check out the BT Whole Home Wi-Fi and our round up of the best mesh Wi-Fi networks. 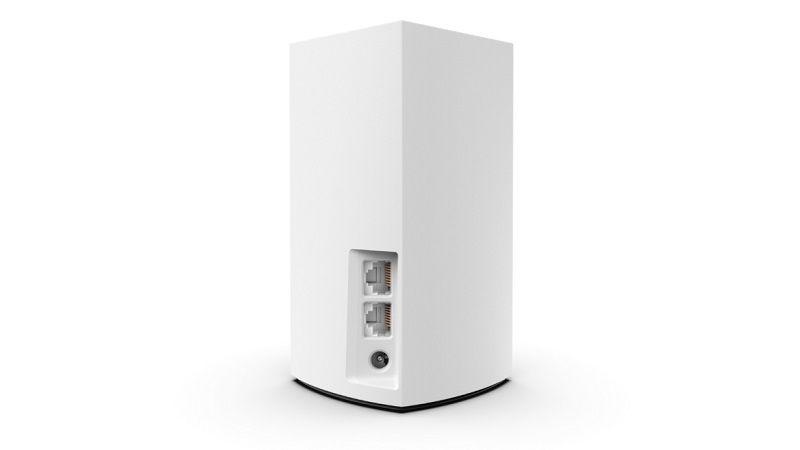 The new dual-band version of the Velop looks very similar to its tri-band predecessor, although the little upright tower units are slightly shorter, standing just under six inches high in their white plastic socks.

Each node has two Gigabit Ethernet ports on the back for wired connections – although one port will be needed to connect the first (primary) node to your existing modem or router. There are no USB ports, though, which would allow you to connect a printer or hard drive that you could share on the network.

And, somewhat surprisingly, we did struggle with the Linksys app when trying to set up the Velop – surprising, because we had no such problems with the original tri-band version.

We were able to set up the primary node and create a new network using just that node on its own, but the Linksys app running on my iPad was unable to connect the other two nodes in our three-piece kit. Using the Linksys app on an iPhone instead seemed to solve the problem, but it’s worrying that the app doesn’t seem to be as reliable as it should be.

The app is also something of a mixed bag in other areas. It does include basic features such as the ability to rename the network and change the password, as well as the ability to create a temporary guest network, and parental controls that allow you to create a schedule that blocks Internet access on specific devices at certain times of day or night. 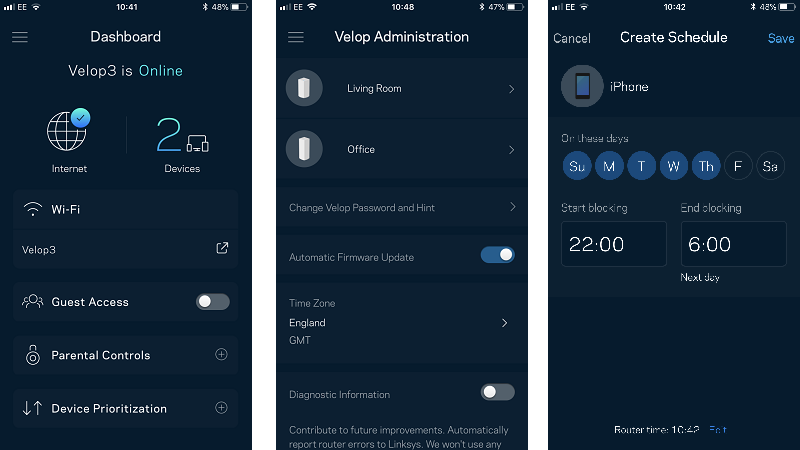 There’s also a ‘bridge’ option that allows you to use devices – such as a NAS drive – that are connected to your original modem or router via the new Velop network. Using bridge mode does disable some other features, such as the guest network and parental controls, but that’s the case with a number of rival mesh routers that we’ve seen as well.

Elsewhere, the app is more limited. Although the dual-band routers operate on both 2.4GHz and 5GHz bands, the app only creates a single, combined Wi-Fi network and doesn’t allow you to choose which band you want to connect to.

There is an option to prioritize performance for specific devices – such as a gaming console or Netflix running on a connected TV – but you can’t choose the band you want to use, nor is there a web browser interface for advanced users who might want more direct control over the network configuration.

The Velop Dual Band is barely half the price of its tri-band predecessor, but it still performs well – especially in areas where our existing BT router normally struggles. Devices used in the same room as the Velop matched the 450Mbps provided by our BT router, but it was in rooms further away that the Velop really showed an improvement.

We tested in an office at the back of the building where the BT router is so unreliable that we normally rely on PowerLine adaptors to provide a wired connection. Yet, in that office, the Velop’s second node provided a consistent, reliable Wi-Fi signal running at a very healthy 135Mbps.

The more expensive tri-band version of the Velop did manage to reach a full 300Mbps in that office, but the 135Mbps of this less expensive model will still be fast enough for most home users – especially as that’s the minimum speed in our most hard-to-reach location.