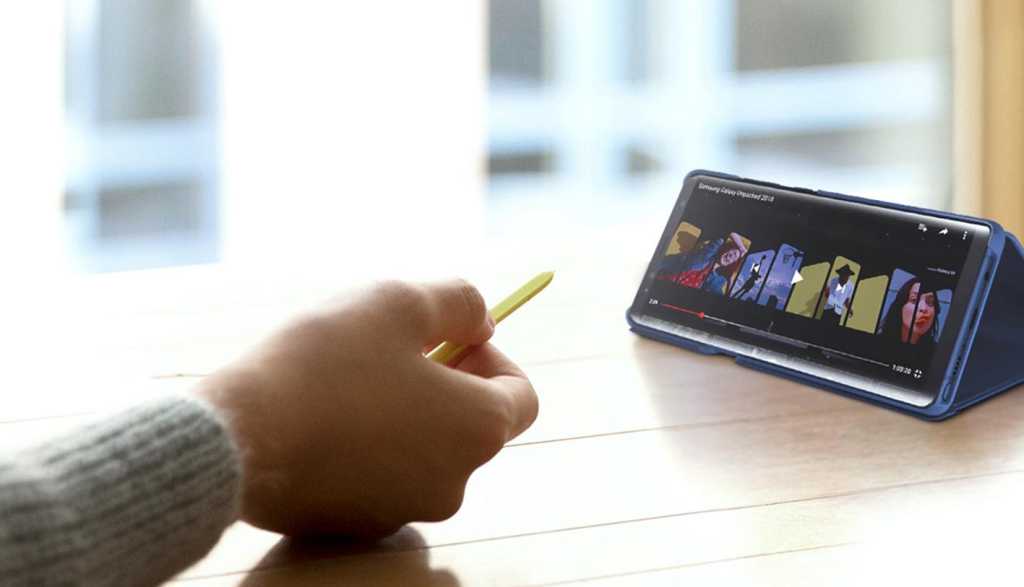 It’s clear that the Note 9 is objectively the better phone here with a number of things the OnePlus 6 is lacking. They include the S Pen stylus, more advanced cameras, wireless charging and more. However, choosing a phone isn’t as simple as that. You really need to consider whether you will genuinely use all those features to justify the much higher price. If not, then the OnePlus 6 is an amazing phone for just £469 and you may well not feel like you need things like waterproofing and a curved edge display.

The new Galaxy Note 9 is here and it’s a seriously outstanding phone. However, should you spend almost twice as much on it compared to the OnePlus 6? Here we compare two very different smartphones to help you choose.

While Samsung is dominant in the phone market, it’s great to have newer players like OnePlus to disrupt and challenge.

Note 9 vs OnePlus 6: Price and availability

With the Note 9 starting at £899 and rising to £1,099 if you want double the storage of the base model you’re going to spend a lot more on it. (But we’ve rounded up the latest and best deals on the Note 9 to help you bring that price down a bit.)

Normally this difference in cost would mean a big gap in the design, build, specs and features but that’s not quite the case here. OnePlus manages to offer amazing value for money.

Note 9 vs OnePlus 6: Design and build

Tiny bezels are the in things and both phones here have a modern look and feel, using a combination of metal and glass which is the norm right now.

The OnePlus 6 is the one with a notch though and although you can hide it in the software, it’s still there.

The Note 9 is taller, thicker and heavier so be aware that it will be harder to handle – especially for those with smaller hands.

They seem to be level on design then, but the Note 9 importantly has an IP68 rating so it’s fully dust and waterproof. For some, this is hugely important and it’s a lot more than the splash resistant OnePlus 6.

In terms of distinct design features, the Note 9 has a dedicated Bixby button and the slot for its S Pen. Meanwhile, the OnePlus 6 has an Alert Slider that can be customised.

Note 9 vs OnePlus 6: Specs and features

OnePlus has to make sacrifices somewhere to achieve such a low price point but the 6 still has a decent set of flagship specs.

In fact, it keeps up with the Note 9 very well in a number of areas including a Qualcomm Snapdragon 845 processor and up to 8GB of RAM. That’s an amazing combination for just £469.

The Note 9 has an Exynos 8910 in the UK but goes up to 512GB of storage if you’re willing to pay for it. It also has a microSD card slot so you can double this to 1TB.

Great for power users, but for most this will be overkill.

They both offer large screens, but the Note 9 goes a little further on specs with a higher resolution and it’s fancy curved Infinity Display. Again, it’s nice to have but a luxury you might not want, or need, to pay for.

Samsung also offers a few other extra things that the OnePlus 6 doesn’t have such as wireless charging, a larger battery and stereo speakers.

The S Pen is also a key reason to buy the Note 9 and this time it’s got Bluetooth LE so you can use it as a remote control for the camera, presentations, video playback and more.

You need to consider whether you’ll use the stylus enough to justify the extra cost.

Cameras are important to any phone user and while the OnePlus 6 is no slouch, the Note 9 has the advantage here. Both phones have dual cameras but Samsung offers features like dual aperture, optical image stabilisation and some new software features like Scene Optimiser and Flaw Detection.

Both phones run the same version of Android but they’re very different to use. That’s because they each make different user interfaces.

Samsung’s is more complex but has more features, perhaps too many for some. While OnePlus keeps things clean and simple with just tweaks it feels are genuinely useful.

Neither is objectively better, but it’s worth noting that the Note 9 has DeX built-in meaning you can get a Windows-like desktop experience without needing a special docking station. Whether you’ll actually use this is another matter.

Here’s a full specs comparison table for the Note 9 and OnePlus 6: