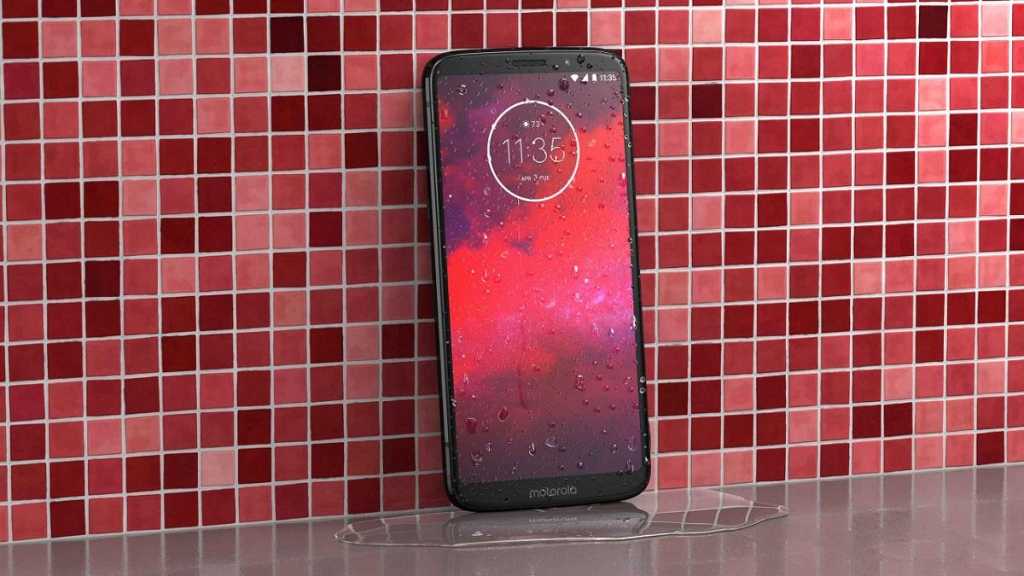 The Moto Z3 and Moto Z3 Play are incredibly similar in design, specs and price. It’s an odd move by Motorola to even have both. But if the Z3 remains a Verizon exclusive, then the Z3 Play makes more sense as the variant for the rest of the world. Although it has a mid-range processor it should mean that the Play gets the better battery life.  Both phones are solid, close to stock Android choices, but when the OnePlus 6 is £469/$529 with the Snapdragon 845 and a headphone jack, these phones are both a hard sell.

The Moto Z3 is Motorola’s flagship smartphone for 2018, but it looks a lot like the Moto Z3 Play. In fact, they are so similar that it’s hard to tell the difference.

Weirdly, the Z3 Play actually costs more than the Z3. What’s going on with the Moto range in 2018? Let’s find out.

At the time of writing both Z3 phones are only available in the US from 16 August, with UK release dates to be confirmed.

The Moto Z3 is only available at Verizon and has been subsidised by the carrier, hence the excellent price point of $480. It goes on sale on 16 August and you can register interest here.

For all intents and purposes, it is a Verizon version of the Z3 Play with a few specs tweaks.

So weirdly, the slightly lower spec Moto Z3 Play is more at $499.

How good are you at spot the difference? Even the keenest eyed might be hard pressed to tell the Z3 apart from the Z3 Play.

The dimensions of each device are exactly the same: 156.5 x 76.5 x 6.8 mm. The front and back of each phone are made with Gorilla Glass 3 with an aluminium bumper running around the edge of both devices.

Both phones have a 6in AMOLED display, dual rear cameras, Moto Mod compatibility, no headphone jack and a side mounted fingerprint sensor. Oddly this doesn’t double up as a power button, which is now on the left-hand side of both phones.

At 6.8mm the phones are exceptionally thin, partly because of the thickness any Moto Mod adds when clipped on.

Externally, these phones are practically identical.

For two phones marketed with different names, there is hardly any difference between the Moto Z3 and Moto Z3 Play. The Z3 has the Snapdragon 835 processor – class of 2017. Moto has not gone for the latest 845, a sign that it cannot sell premium priced Moto phones anymore.

This means it actually has the same processor as the Z2 Force from 2017, but a much lower price of $480.

The Z3 Play has the mid-range Snapdragon 636, supposedly to eke out better battery life from the 3000mAh battery. This lower powered processor is paired with 4GB RAM in the Z3 Play, and it’s odd that the Z3 has just 4GB RAM considering the more powerful 835 on board.

Other than this, there are no differences between the phones internally. The exact same screen, cameras and battery size.

But the Z3 Play one ups the Z3 by coming with a free 2200mAh Moto battery mod in the box, meaning the phone can last for over two days without a charge.

But the similarities between the two phones is all a bit odd, and leads us to believe the Z3 will remain a US exclusive phone on Verizon as it makes no sense to release it alongside the Z3 in most markets.

The one thing the Z3 will be able to do that the Z3 can’t is work with Verizon’s 5G Moto Mod. A beefy, odd looking mod, Moto and Verizon claim it will allow the Moto Z3 onto the 5G networks of Houston, Sacramento, LA and one other.

Launching in early 2019, the mod will allow technically up to 5Gbps speeds on the Z3. The mod itself contains the Snapdragon X50 platform that opens up this possibility on a mobile device.

Confused? No wonder. This is an incredibly hard sell from Moto and people simply (en masse at least) won’t care. It’s an odd move, particularly when the Z3 Play is a simpler, if similar, phone that can’t take advantage of the mod’s power.

Both phones run Android Oreo 8.1 with Moto’s thoughtful additions like the always on display, decent navigation gestures and timely security updates. It’s close to stock Android and means the phones run very smoothly out the box.