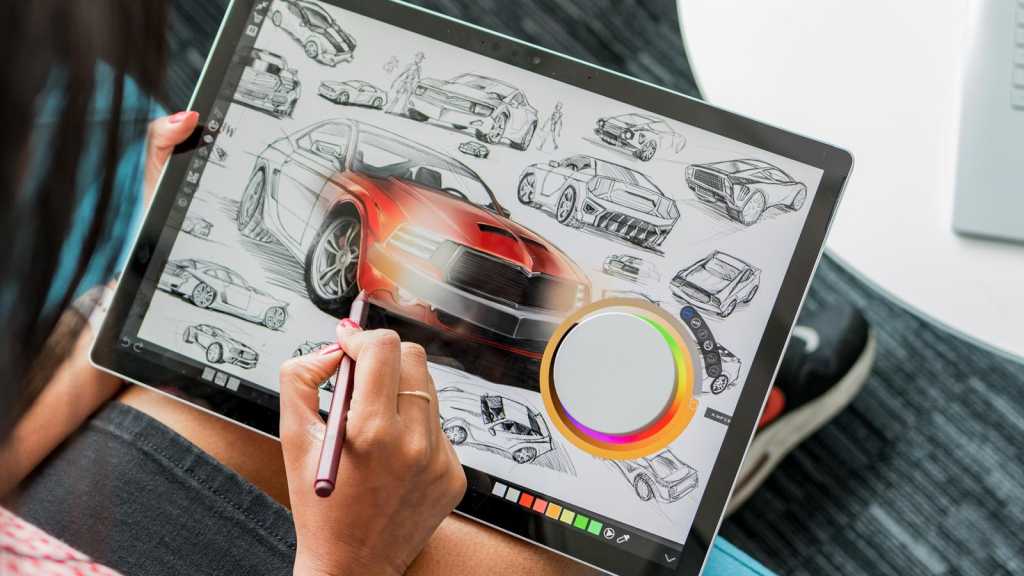 If you need a Surface device that you can do everything on and practically replace your desktop with then the Surface Book 2 is the best – but expensive and bulky – option. The high-end models can also handle graphically intense games and photo and video editing. If you need a tablet that runs full Windows but only need to word process, web browse and stream video then the Surface Pro is the better, more portable and probably cheaper option, even with the cost of the keyboard.

Microsoft makes excellent but expensive hardware. We are fans of all of it, but it’s a range that can be quite confusing if you’re looking to buy one.

Two of its 2-in-1 hybrid laptops are the Surface Book 2 and the Surface Pro. The latter has the ‘2’ as it’s the second generation, while the Pro is actually on its fifth iteration since launch.

Here we compare the Surface Book 2 to the Surface Pro, looking at price, design and specs to see which of the two you should buy.

The Surface Book 2 has a keyboard built in, but its mouse, the Surface Pen and Surface Dial are optional extras that will cost you more.

Which of the two you end up buying might come down to which design you prefer. The Surface Book 2 appears to be a traditional laptop form factor, and can be used like that. But because of its hinge it doesn’t close flat, and the screen is fully detachable.

This means it can also be used as a big tablet, or docked on the hinge as a laptop or the other way around as a screen with the keyboard out the way. You can even fold it back that way for an angle surface to draw on with the Surface Pen.

The hinge on the Surface Book 2 is something you will likely love or hate, and the bulky design means it is quite heavy – 1.5kg for the 13.5in version and 1.9kg for the 15in. The base of each has its own graphics card inside and is the main part of the weight, allowing the detachable screen to be relatively lightweight.

Comparatively, the Surface Pro is also a 2-in-1 laptop but its weight distribution is the other way around, with the tablet the heavier part and the annoyingly not included in the price Type Cover (keyboard) the lightweight part. This means it’s a faff to use on your lap as the tablet has a kickstand and it doesn’t sit rigid.

But the slender keyboard snaps magnetically closed to the tablet when not in use, and the 12.3in screen means this is by far the more portable option. This makes it preferable if you want to take quick notes using the optional Surface Pen or want to watch a bit of Netflix on the train.

The Surface Pro tablet itself is also 766g, meaning it’s far less noticeable in a bag than the Surface Book 2.

The discrete dedicated Nvidia GPUs in the base of all the Surface Books help it to perform faster than the most high-end Surface Pro in comparison, simply because of the limitations of the Surface Pro needing to pack all its hardware into the tablet.

The Surface Book 2’s tablet is in fact fanless thanks to the fans in the base, meaning it’s often silent. That said, the Surface Pro is also fanless and has a cooling system even on the Core i7 model.

17 hours battery life on the Surface Book 2 is truly outstanding, though the Surface Pro isn’t far behind with 13.5 hours, and you may prefer the Pro’s portability. But the Surface Book keeps the most useful selection of ports, maintaining USB-A, C and full size SD slot.

The speakers on both devices are adequate and support Dolby Audio Premium, both support the Surface Pen and Dial, and both ship with Windows 10 Pro.

Which you prefer will come down to your needs, budget and taste in design.

Here’s a direct comparison of the specs of both devices.