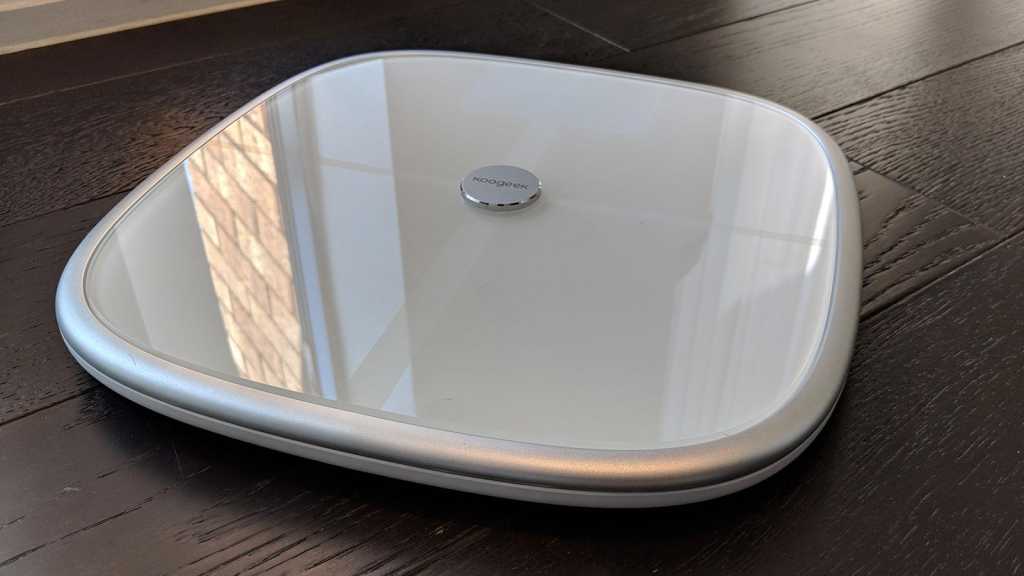 The Koogeek S1 is a budget-friendly alternative to top tier smart scales, but in this case you really do get what you pay for. A stressful setup process, unreliable Wi-Fi support, and a refusal to work on carpet mar the experience, but if you can look past that then this is an affordable way to track your body composition from your phone.

The growth of smart technology has seen an awful lot of devices given unnecessary internet-enabled features, but smart scales are one of the few device types where it really makes sense, taking all the work out of recording and visualising your weight changes.

Alongside major western brands like Fitbit and Nokia, plenty of Chinese manufacturers have jumped on the smart tech bandwagon, and Koogeek is one of those, with a range of connected health and home products – including the S1 smart scale.

That’s a pretty good price for a smart scale that measures body composition – it’s half what the Fitbit Aria 2 costs – but there are some compromises to get there. The closest competitor is probably the £89.95/$99.95 Nokia Body+, which offers a similar feature set, and is occasionally discounted to a price close to the Koogeek’s.

The S1 is fairly typical looking for a modern bathroom scale. The main body is a white square with rounded edges and a metal-effect trim, covered in glass, broken by the Koogeek logo in the centre, and a blue LED display at the top. 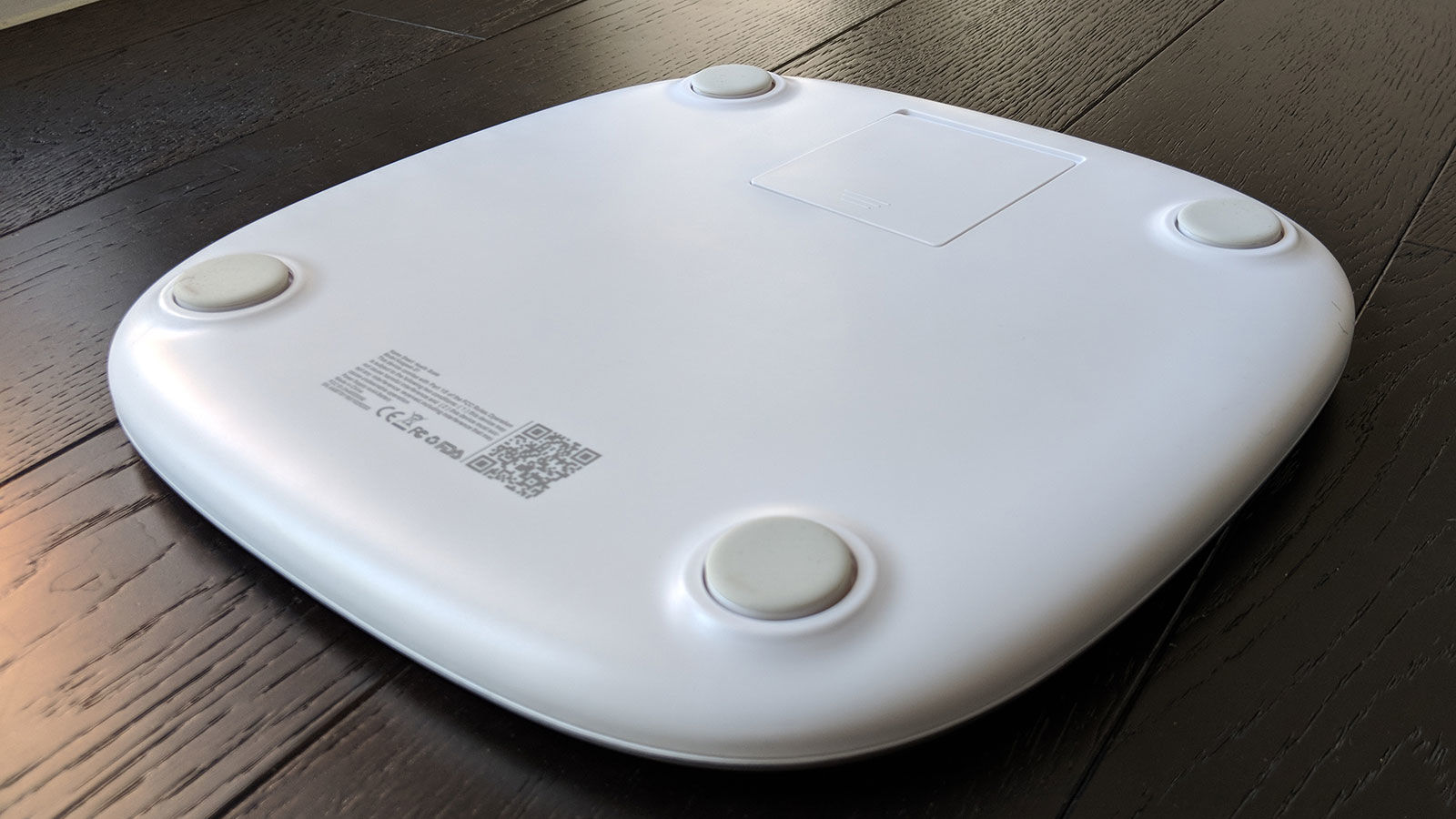 The base is more white plastic, with a battery tray (four AAs, and surprisingly fiddly to open) and four short rubber feet for the scale to stand on. Unfortunately, these are too short for the scale to work on carpet – even quite a thin one – and so this is strictly for hard surfaces only.

That sort of limitation is frustrating when other manufacturers have managed to make scales that work on more surfaces, and you should definitely bear in mind if you want to use the Koogeek S1 anywhere other than a tiled bathroom.

Fortunately it is at least light, and so easy to move around. At just 1.75kg it’s not much of a hassle to move the Koogeek scale about, which is important if you don’t have a nice space to leave it out in.

So, how does the Koogeek S1 work? First up, unlike all smart scales it can connect to your phone over either Bluetooth or Wi-Fi – in theory a benefit because when using Wi-Fi you don’t need to worry about having your phone close to hand.

Unfortunately, we could ever actually get it to work that way. We went through the slightly fiddly setup process a couple of times, until both the scale and accompanying Koogeek app assured us that a Wi-Fi connection had been established.

That didn’t help much though, as we could never get the scale to sync data unless we not only had a phone nearby, but actually had the Koogeek app open too. Grabbing your phone and opening an app isn’t the biggest hassle in the world of course, but it feels like an unnecessary inconvenience when competing devices will just work over Wi-Fi without the hassle.

When it does sync, the Koogeek S1 does more than just measure your weight: it can also track your body composition, including body fat, muscle mass, bone mass, visceral fat, and water levels.

Each of those is displayed in separate line graphs within the Koogeek app, but you can also connect the app to Apple Health or Google Fit if you’d prefer to link the data app to your fitness tracking app of choice. 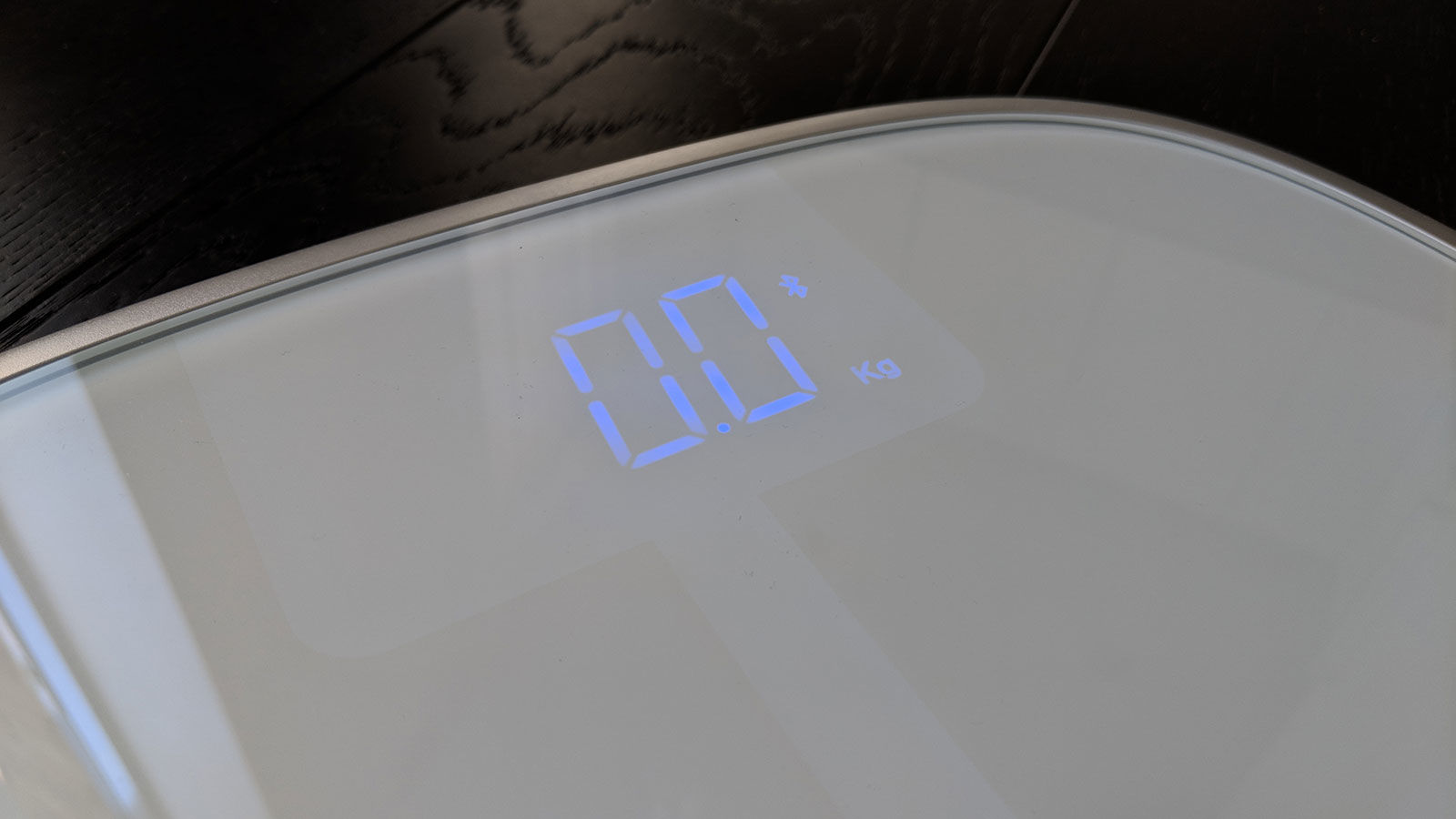 The measurements themselves were accurate in our testing, and while this scale gave us slightly different results to the QardioBase 2, the two scales consistently tracked one another, which is what really matters for scale accuracy.

The scale can support up to 16 different users – which is, frankly, overkill – and will automatically recognise each different person based on their stats, automatically attributing the data to the right user. There’s also a dedicated baby mode, which can subtract your weight if you step on the scales holding an infant, to help you track your child’s growth.