Skip to content
Home / Reviews / Entertainment Reviews
At a Glance

Ultimately, Ant-Man and the Wasp feels a lot like more of the same. With the core creative team returning, this isn’t the sort of sequel that’s fighting hard to tread new ground, but it is a comfortable – and comforting – return. There are no major MCU revelations – beyond the inevitable post-credit scenes – but the smaller scale keeps things personal even as the action gets bigger and better.

The Marvel Cinematic Universe is showing no signs of slowing down. This year has already seen both Black Panther and the mammoth Avengers: Infinity War, and now here comes Ant-Man and the Wasp – a palate cleanser before next year’s ‘90s prequel Captain Marvel and the as-yet-untitled Avengers 4.

Find out in our review.

The film is available in digital versions and on Blu-ray and DVD in the US, and after a lengthy we wait we can now also buy it on digital or disc here in the UK.

If your memory of the first Ant-Man is a little fuzzy (it has been three years, to be fair) then you might want to pick up the Blu-ray or DVD, or just grab a digital copy from iTunes, Google, or Amazon. 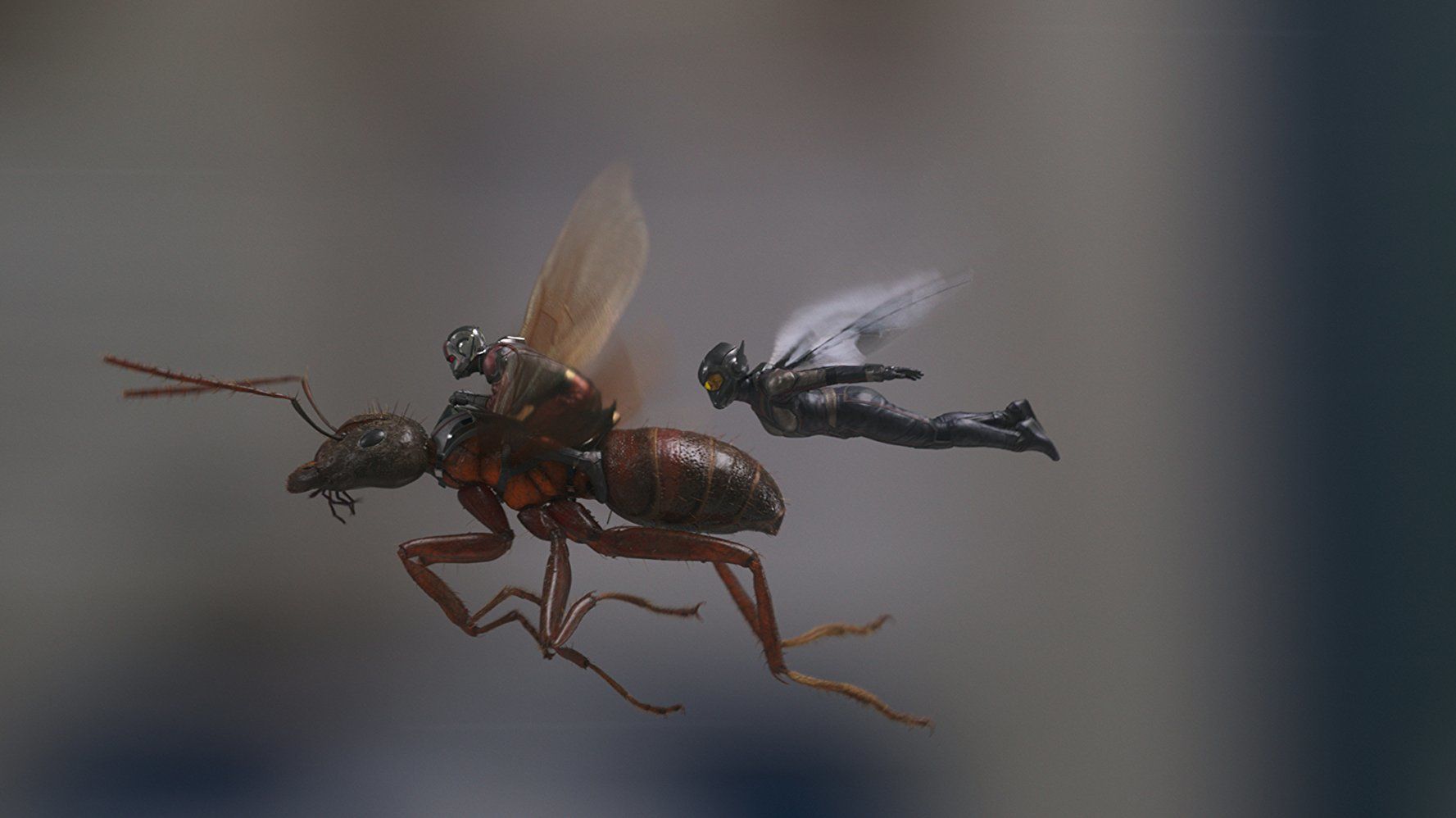 Ant-Man and the Wasp review

As Ant-Man and the Wasp begins, it finds its star anything but superheroic. Under house arrest for his role in Captain America: Civil War, Scott Lang (Paul Rudd) spends his time watching TV, learning card tricks, and looking after his daughter Cassie (a charming Abby Ryder Fortson).

The terms of his sentence prohibit him from speaking to former partners Hope Van Dyne (Evangeline Lilly) and Hank Pym (Michael Douglas), and besides they wouldn’t much want to talk to him anyway: since he used their tech, they’re on the run from the FBI, lead by Agent Jimmy Woo (Randall Park).

Inevitably the plot brings them together, as the pair drag Lang out of house arrest to help them finish building a quantum tunnel: a device they hope to use to find and rescue Hope’s mother Janet (a barely-used Michelle Pfeiffer), long since stranded in the teeny tiny subatomic Quantum Realm.

Of course there are other forces in the mix too. Walton Goggins pops up regularly as a black market dealer hoping to steal Pym’s tech for himself, while Hannah John-Kamen (last seen in Ready Player One) is the superpowered threat: the mysterious Ghost, a former SHIELD assassin with the ability to phase through solid matter. Weirdly enough they also both appeared in this year’s Tomb Raider reboot, though never actually shared the screen there.

It’s all a lot of moving parts compared to the relatively simple first Ant-Man movie, but to his credit returning director Peyton Reed (and the five-man writing team) keep both the scale and stakes small throughout. After Avengers: Infinity War literally threatened half the universe, it’s refreshing to watch a Marvel film that hangs on a single life. 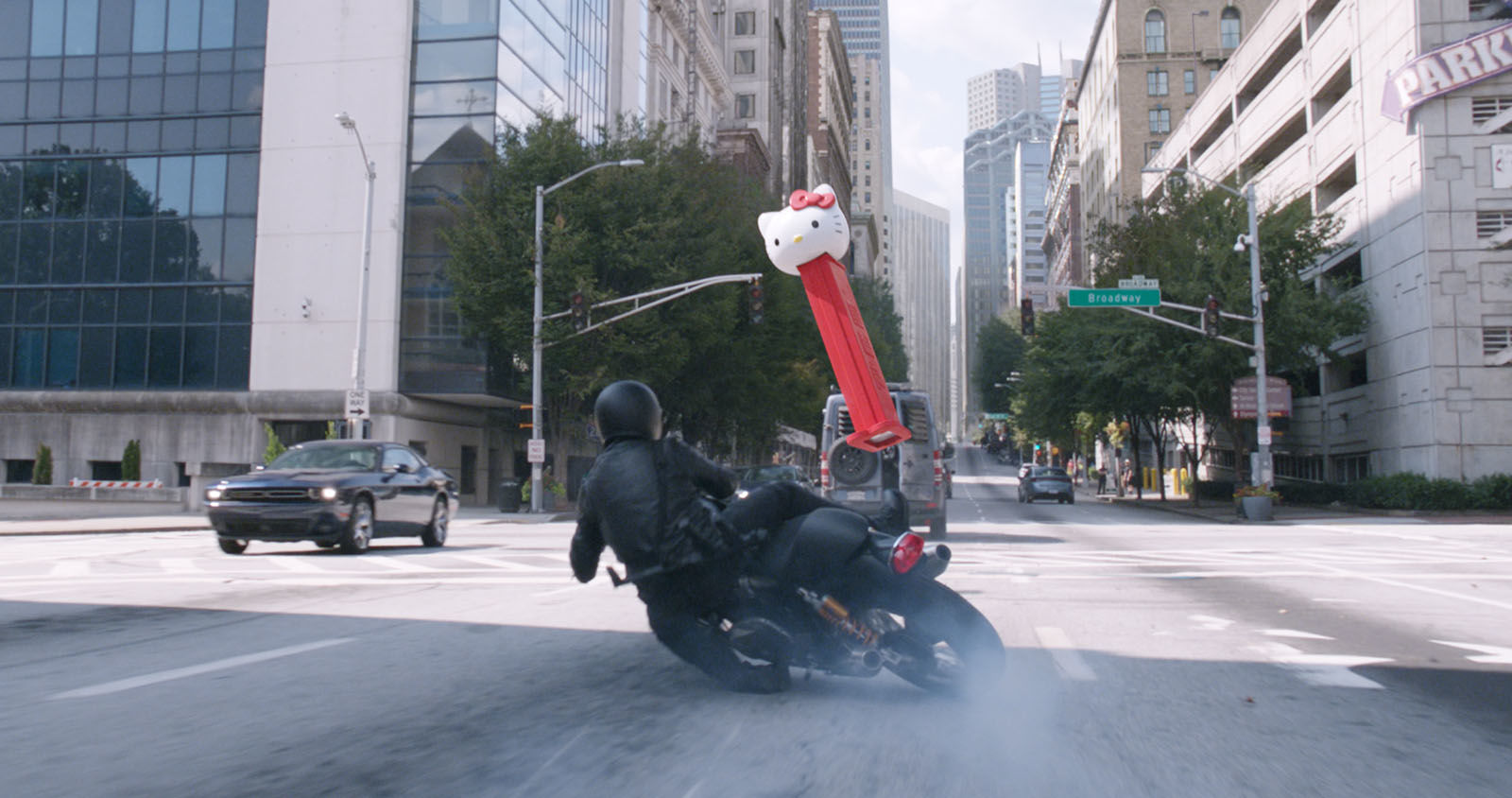 That’s particularly important for the Ant-Man sequel, which works hard to maintain the same light tone as the first film. Ant-Man and the Wasp is quip-heavy even by modern Marvel standards, helped by both Rudd’s natural comedic charm and an able supporting cast.

Michael Peña is back after stealing every scene the first time around, but here’s he’s somehow upstaged by Randall Park, whose Agent Woo is an over-earnest breath of fresh air to the MCU. He turns an antagonistic role into something utterly endearing, from trying to copy Lang’s card tricks to a shocked exclamation of ‘What the Dickens!’ as the film ramps up.

There’s a visual inventiveness at play here that underpins some of the film’s best sequences too, and not just in the psychedelic CGI bonanza of the Quantum Realm. The film’s funniest section sees a malfunctioning suit trap Ant-Man at three-feet tall, prompting a hasty disguise as a schoolkid and a string of tightly constructed visual gags. 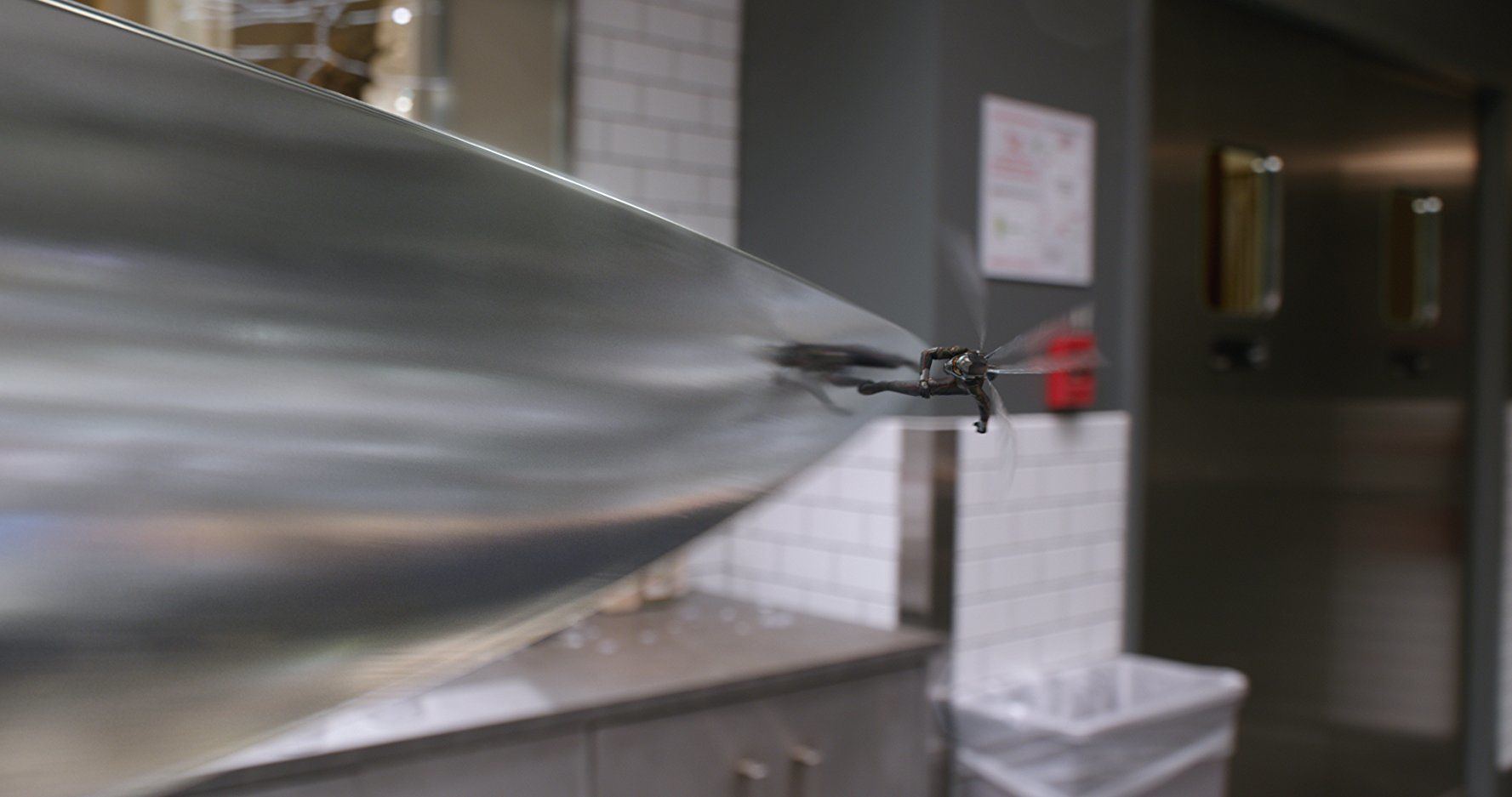 There’s a similar flair to the fight scenes, elevated by the introduction of Lilly’s Wasp as a secondary protagonist. She and Ant-Man flip in and out of different sizes to negotiate ordinary household objects and bullets alike, while dodging blows from Ghost, whose ability to phase provides a neat counterpoint to their powers – the dodging dynamic is just different enough to avoid another tired rehash of the ‘evil version of the hero’ supervillain trope.