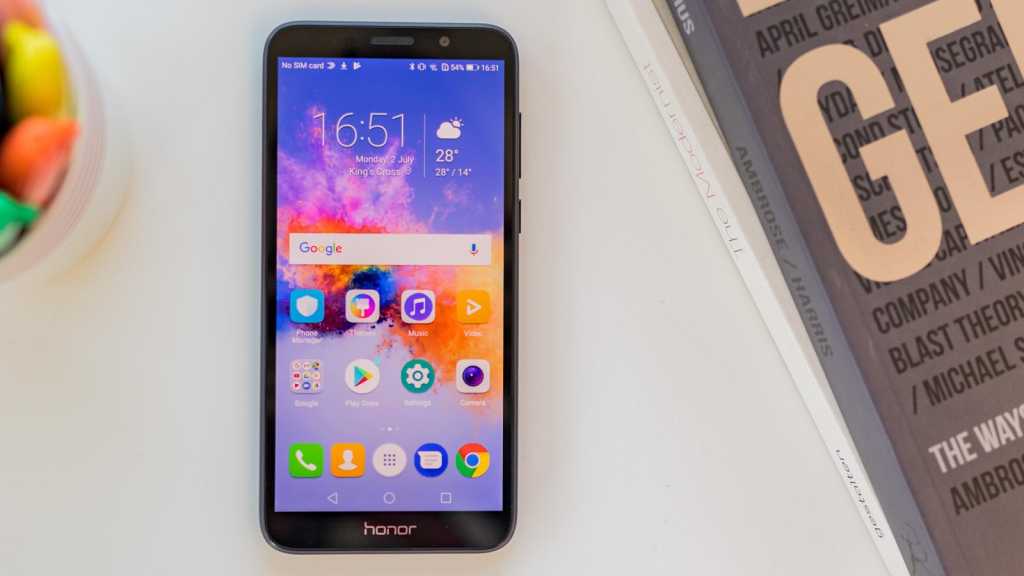 The bottom line is that the Honor 7S is a slow phone. If you don’t mind waiting those few extra seconds for apps to open and pages to load is worth the immense saving of buying a £99 phone, then you’ll be alright. For everyone else the sacrifices will be too much. Very slow performance, a grainy screen, barely passable camera and no fingerprint sensor aren’t always deal breakers if you’re looking to save money, but when you can spend a tiny bit more and get a Moto G6 Play or even Honor 9 Lite then you’ll have a much better phone.

The Honor 7S is an Android smartphone that tries to cram everything good about a phone in 2018 into a sub-£100 package: a slim attractive design, an 18:9 screen and Android Oreo software.

But it turns out – unsurprisingly – that £99 is not enough to make a cheap phone great. Honor has a great track record of affordable smartphones that perform much better than their price suggests.

Honor says this is a phone for ‘new smartphone users’ but unless your demands for a smartphone are very low, the 7S is a price-cut too far.

At £99 the Honor 7S is among the cheapest Honor phones you can buy. It costs even less than the Honor 7A and 7C, sitting in a confusing range of low-end phones. There’s also a more expensive 7X.

It is also available in select other countries –  check Honor’s official site to see if you can get hold of one.

This price puts it in competition with phones that cost a little more. The Vodafone Smart N9 is £109 but is similarly underpowered (and restricted to Vodafone).  The best cheap phones tend to cost from £150 – £199, and as we’ll explain this extra spend is worth it if you want your phone to perform well.

The 7S is a fairly nondescript black (or blue) all-plastic smartphone. It has a 5.45in 18:9 display, the aspect ratio meaning it’s a tall and slim device despite the size of the screen.

In case you want to whip a ruler out, the phone measures 146.5 x 70.9 x 8.3mm. We like the size because it’s not going to trouble any pocket and save for the giveaway Honor logo on the front it could pass for an iPhone 7.

The pebble-like plastic feel of the phone is only interrupted by a tiny camera bump, headphone jack and micro-USB port. The back of the phone is a matte plastic that shows fingerprints slightly but much less than a glass phone will.

At this price you can’t be too picky about design, but you only need spend a little more if you want something with a bit more flair, like the  Moto G6 Play at £169 or Honor’s own 9 Lite at £199.

One of the Honor 7S’s hidden gem features is inside the SIM tray. It is one of very few phones on the market, including high-end phones, that has dual SIM slots as well as a micro SD slot. This means you can use two nano SIMs and a micro SD card for storage expansion at the same time.

Many phones have one or the other, or make you choose between 2 SIM cards or one SIM and an SD. On a £99 phone, this is a great (if niche) differentiator.

Just be aware that the 7S doesn’t have a fingerprint sensor, a feature you may assume is on every phone in 2018. You’ll have to revert to a PIN or pattern to unlock the phone.

The LCD screen is nothing to write home about but remember what you’re paying. At a 720p resolution it’s not HD but phones this price never are. Colours are vibrant enough and the brightness can go up enough that it isn’t too dim, though you’ll still struggle to read in direct sunlight (just like practically every LCD).

It’s fine, but you’ll notice pixelation on app icons and on webpages. If that sort of thing bothers you then look for a phone with an HD screen.

Like many cheap phones, this is where the weaknesses lie. Low-end processors and RAM mean low prices, but at the cost of usability. With a quad-core Mediatek MT6739 chip and 2GB RAM you have a combination which is the absolute minimum a modern 4G smartphone should have.

It shows too – spend just a little more on the Moto G6 Play and we can assure you of a better performing phone than the 7S. But this phone is targeted at a young audience, one that Honor presumes (hopes?) won’t need to push the hardware.

Facebook, Instagram and text messaging are where this phone is just about comfortable. Push it more than that and it grinds to a halt, and we really weren’t testing it that hard. It was very frustrating to use even compared to other cheap phones, not high-end ones.

Even simple racing games are out of the question, and sometimes even opening the settings app took about three seconds. It’s a real drag.

Check out the benchmarks below. At this price performance doesn’t differ too much. But the Moto G6 Play and Honor 9 Lite are clear winners here and in fact the differences are noticeable in real world use.

A younger or perhaps less fussy photographer will be happy to post photos taken to social media but much like the performance here, spending a little more will get you a better camera on a better phone (and maybe even dual cameras).

Check out some samples in the below gallery:

Honor boasts a ‘Loud Voice Call’ feature on the 7S. It’s not entirely clear why, but a phone can always do with an audio boost in loud environments and it was welcome to us with call quality crisp and clear.

If the phone can’t perform above the bare minimum when running demanding apps, at least it can function as a decent phone. And another great little feature that you don’t see on high-end phones is an FM radio – but you get one here built in (you just need to plug in wired headphones to serve as the antenna – but there’s no headphones in the box).

The single speaker is nothing to write home about, but is perfectly serviceable for the odd handsfree call or podcast.

There’s Bluetooth for speakers or headphone but no NFC, so you won’t be able to use it for mobile payments.

Battery life is decent on the Honor 7S, and always an advantage of an underpowered phone. Honor claims it is using ‘smart battery management’, but this isn’t evident on using the phone.

Like other Android devices, the system will tell you if an app is using too much power and will let you manually turn off background processes, but this is still quite complicated if you are a simpler user of phones and in our mind should be automated – something iPhones do excellently but at at least seven times the price of the Honor 7S.

The Honor 7S runs Android Oreo 8.1, which at launch is the latest version available. This is great to see on a budget phone, but it is not guaranteed regular security or software updates. Dare we say that you may not care if you’re looking to spend less than £100, but it’s worth noting.

Honor’s EMUI overlay onto Android is quite heavy and means this does not look or feel like the clean stock version of Android that Google runs on its Pixel phones. We think that the complicated animations and icons may go someway to slowing this phone down, or at least make it feel slow.

But as we’ve returned to many times this phone costs £99, and we’ll take Oreo 8.1 with some shortcomings at that price. If only it ran a little smoother like it does on other cheap phones.