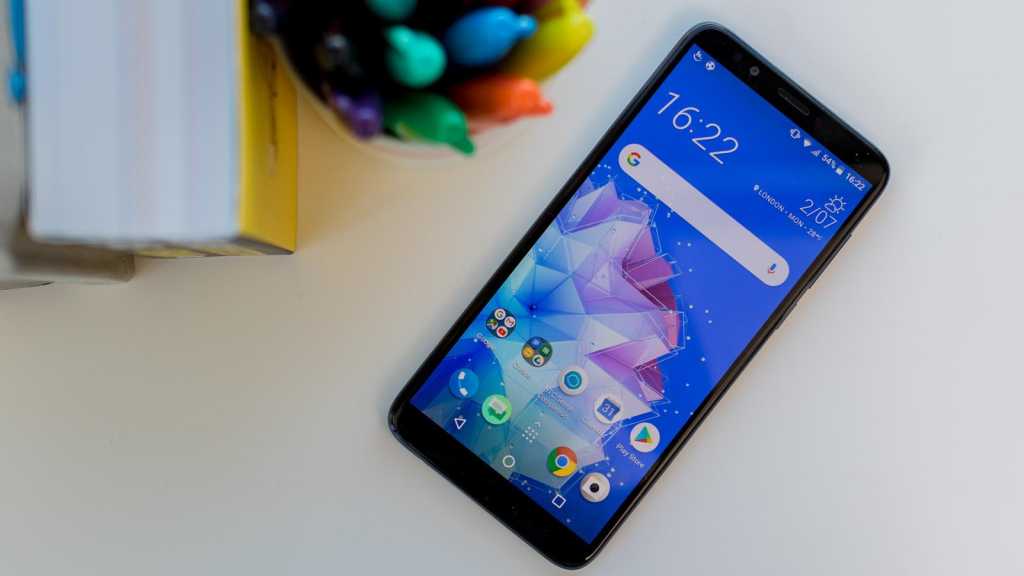 HTC arguably has a better chance of doing well in the budget market compared to the high-end at the moment. Although the Desire 12+ is a reasonable option for a cheap phone, it’s not the best around. The phone looks and feels quite nice and is impressively comfortable to use for a handset with a 6in screen. Basic specs are, well, basic and although performance is generally smooth the Desire 12+ lacks in some key areas. Namely the screen is not that great and the cameras are underwhelming, too. When you consider the Honor 9 Lite outpaces HTC in these areas and more, it’s a no brainer as to which you should buy.

HTC might be struggling to compete with rivals at the high-end of the smartphone market with the U12 Plus, but maybe it can win some hearts with a new budget phone. The Desire range lives on and is yours for under £200. Here’s our HTC Desire 12+ review.

We’re pleased that the Desire brand, introduced way back in 2010, is still here. The trouble, perhaps, is that there’s just as much competition at the low-end of the market as there is at the top-end. More recent players like Honor are tricky to beat so let’s see if HTC can compete.

The Desire 12 comes in two versions and we’re looking at the larger plus model here. The Desire 12+ price is just £199 which means it fits neatly into our budget category that has a £200 cap. You can buy it from HTC and Amazon.

That’s an affordable phone, and the regular Desire 12 is even cheaper at £149 if you’re strapped for cash. It’s available exclusively at Amazon until 15 August.

The Desire range has changes a lot over the last eight years, but the Desire 12 looks very similar to recent rivals. It follows trends in the smartphone marketing including a glossy rear cover and a tall 18:9 aspect ratio screen.

In fact, the Desire 12+ looks a lot like its main rival, the Honor 9 Lite. At the back, where most of the character is on a phone, the pair share a very similar shape and layout. We like the rounded corners and edges providing an attractive look and feel.

The fingerprint scanner placement is comfortable and the cameras are neatly tucked into the corner. However, the glossy rear cover is a little slippery and attracts fingerprint marks.

If that’s a worry, we’d suggest opting for the black model which hides them better. It’s also available in Silver Purple and gold.

There’s little else to say about the design as the Desire 12+ is a fairly plain handset beyond the shiny rear cover. It’s not too big for a ‘plus’ model phone so don’t let that put you off if you dislike giant handsets. Relatively small bezels mean this doesn’t feel like a phone with a 6in screen.

HTC has crafted it into an 8.4mm chassis and the phone weighs just 157g.
At the bottom of the phone is a headphone jack, single speaker and a microUSB port. The Desire 12+ doesn’t offer any kind of water resistance.

It’s pretty astonishing what you can get in a phone for under £200 now. Not too long ago, many of the specs available would have been mid-range or even flagship territory. There are some sacrifices to achieve the low price, though.

As is typical for a budget phone, the Desire 12+ uses an IPS LCD screen so you’ll have to spend more to get LED.

The screen is big at 6in and as mentioned earlier the small bezels mean that it doesn’t feel like a handful. You will, however, have to stretch to reach the top of the display – there’s really no getting around that problem.

Although there’s plenty of real estate and the on trend 18:9 aspect ratio, the display isn’t the best around. The colour isn’t very punchy and the contrast isn’t good either, but the biggest problem is the resolution.

At HD+ it’s 720×1440 which wouldn’t be too bad for a budget phone a while ago. Compare it to the Honor 9 Lite, though, and the screen looks pretty fuzzy. A different of around 200ppi in pixel density is very noticeable and the phones are the same price.

In the engine room is one of Qualcomm’s lower tier Snapdragon 450 processors. It’s an octa-core chip clocked modestly at 1.8GHz and has an Adreno 506 GPU.

There’s a pretty normal 3GB of RAM and 32GB of storage and you get a microSD card for adding more storage – up to 2TB in theory.

Like many budget phones, the performance is generally quite smooth but it’s not perfect. Most of the time, the Desire 12+ feels like any modern phone when do general tasks. However, this combination of specs does struggle when pushed a little harder.

The decent benchmark results don’t reveal what it’s like to use a phone in every way. For example, the camera and other beefy apps, can take a while to load. This is currently what you have to expect and deal with when buying a cheap phone.

If performance is important, think about going a little over the budget threshold with a phone like the Moto G6.

It’s pretty normal for budget phones to have fingerprint scanners now and the Desire 12+ has one on the back. It’s easy to reach and works pretty well most of the time.

However, when it comes to other features and connectivity things haven’t moved on much. You do get a headphone jack but there’s a basic single speaker and the old style microUSB port to keep costs down.

You get a standard set of wireless tech including Bluetooth 4.2, single band 11b/g/n Wi-Fi, GPS and 4G LTE. This means there’s no NFC for use with things like Android Pay.

Despite not having things like USB-C, photography is one of the top things for any consumer buying a phone so a large chunk of the budget is being put towards cameras instead. It may come as a surprise to hear that the Desire 12+ has dual rear cameras.

The main rear camera is 12Mp with a secondary 2Mp camera alongside. This is a similar setup to the Honor 9 Lite where the second camera is there to enable a bokeh depth effect, commonly known as portrait mode.

A depth effect is nice to have but we’re not exactly blown away by the cameras on the phone. Photos are generally a little lacking in various areas, even with the HDR mode. They just don’t have a good level of detail and other key elements such as colour and exposure.

Even in good lighting conditions, photos tend to look dull and the phone struggles in both macro and low light situations. Video is pretty ropey too with results being shaky and the focus struggling a lot.

Although the Honor 9 Lite has a dual camera setup at the front as well, making a total of four cameras, the Desire 12+ just has a traditional single lens. It’s an 8Mp sensor with an f/2 aperture, fixed focus and HDR. It’s not bad but as you can see in our test photos, the sky can easily get blown out.

Budget phones are still pretty basic on the battery front. As mentioned above, you don’t get a modern reversible USB-C port and it goes without saying that there’s no wireless charging. You don’t even get fast charging so we’ll have to wait a bit longer for that tech to trickle down to the budget market.

What you do get is a pretty average size 2965mAh battery which will get most users though a normal day. In our Geekbench 4 battery benchmark test, the Desire 12+ lasted a middling seven hours and and 58 minutes.

When it comes to software, the Desire 12+ has the pretty up-to-date 8.0 Oreo version of Android. As usual this is tweaked with HTC’s Sense overlay.

While quite a few elements are the same as, or similar to, the stock Android we love at Tech Advisor, there are a number of areas we’re not so keen on. For starters, the BlinkFeed section to the left of the main homescreen isn’t great and can’t be changed for, say, the Google Assistant.

There are also various things – like the HTC Clock and Messages apps – that look very dated and are in need of an overhaul to look modern and fresh. A lack of bloatware is a good thing, though, and you can customise the look with Themes which can help.

One of the latest additions is the HTC Sense Companion – a sort of AI assistant – which aims to help you with various things like power saving. It’s not bad and can be really useful at times, like reminding you to switch off regular alarms when you have a day off on the calendar. But overall, it’s nothing special.