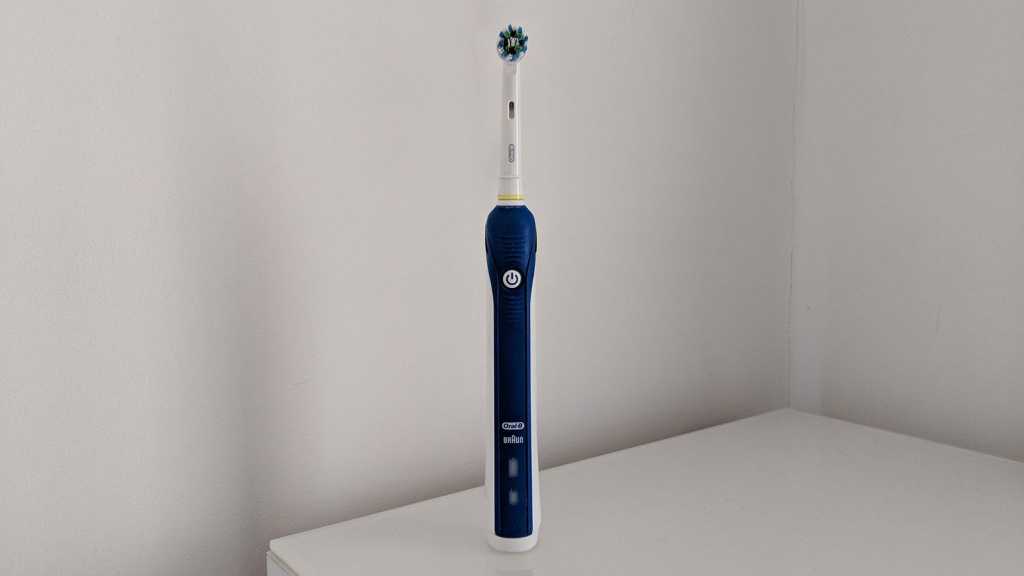 The Oral-B Pro 2 2000 is a simple brush that doesn’t offer much for £79.99, but when you can pick one up for just £35, it’s hard to complain too much. A spare brush head or two in the pack would have been welcome, along with a more detailed battery indicator, but these are small complaints about a brush that does a very good job for a very low price.

In the new age of connected tech, it’s all too easy to spend hundreds of pounds on a toothbrush and end up with interchangeable brush heads, multiple modes, and support for an app that you’ll probably stop using after two weeks.

Don’t get us wrong, there’s a place for those expensive uber-brushes, and they tend to be what tops our best electric toothbrush ranking, but most people looking for an electric toothbrush want something that costs less than £100/$100 and just, well, brushes your teeth well. Meet the Oral-B Pro 2 2000.

It’s worth noting that there are a few slightly different versions of the Pro 2 2000 on the market, and it can be a little confusing, but the main differences are only which brush head is included in the box. We’ve tested the Pro 2 2000N, which includes a CrossAction head, but there’s also the 2000W (with a 3D White brush head) and the 2000S (with a Sensitive brush head).

Even more confusingly, you can also get the Pro 2 2500 series, which are in fact all exactly the same as the 2000 models, but include a travel case. Then there’s the Pro 2 2900 – also the same brush, but in a set with two handles and two brush heads.

Unfortunately, the Pro 2 2000 isn’t on sale in the US right now, but the closest equivalent is the Pro 1500, which you can grab from Amazon or Best Buy. From what we can tell, the two brushes are almost identical, except for the colour scheme and the name, but there may be other minor spec differences we haven’t spotted. 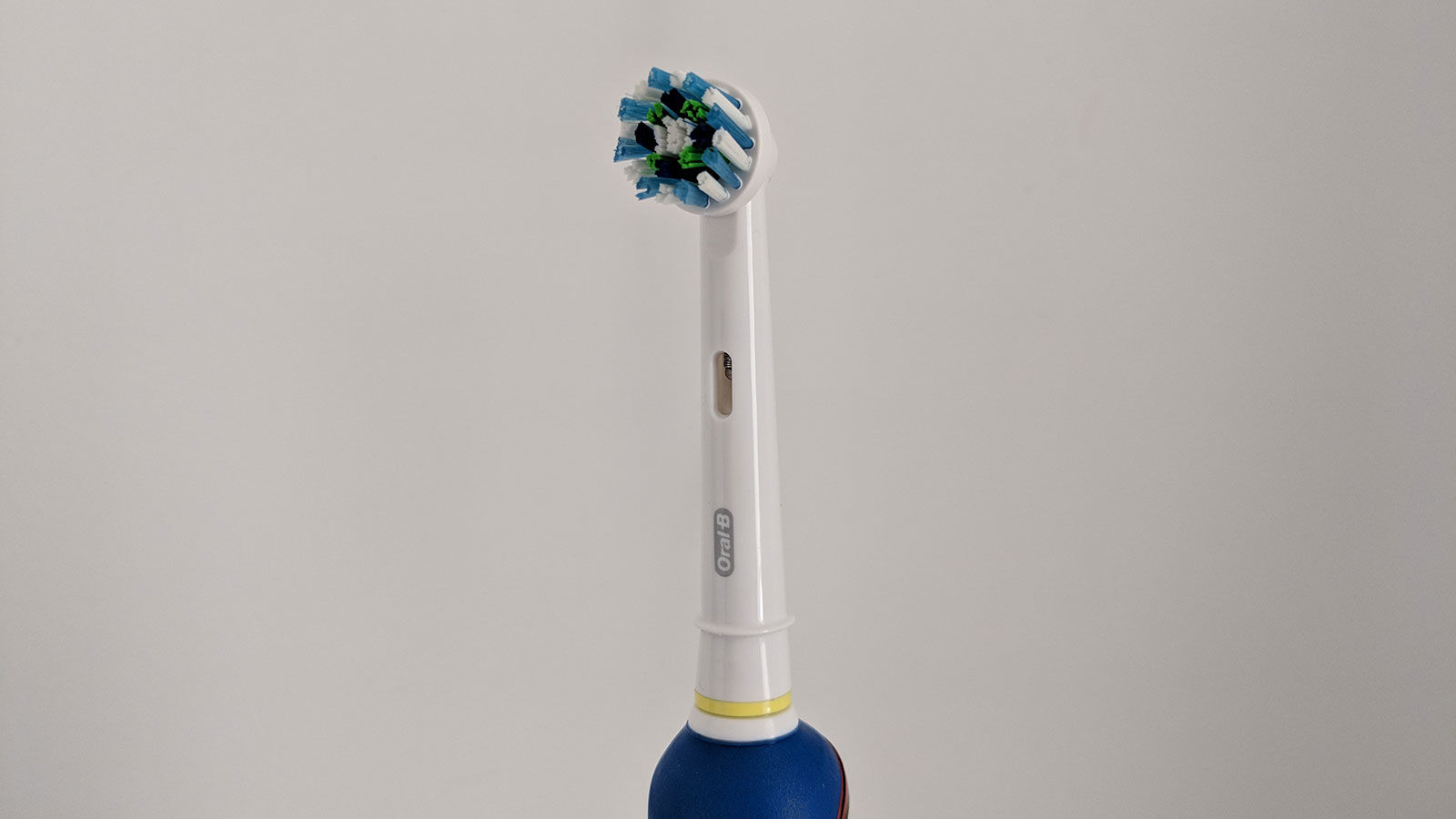 In contrast to more expensive toothbrushes, the Pro 2 2000 is pretty barebones, right down to what’s included in the box. If you buy one of the standard 2000 models, you simply get the handle, one brush head, and the 2-pin charging station. That’s the lot.

Features are similarly simple: there are only two brushing modes and a pressure sensor, with no Wi-Fi or Bluetooth features, and no app support.

As for design, our 2000N model has a slim blue and white body, with a single power button, lights at the bottom to indicate low battery or charging, and a larger red light on the back that’s triggered by the internal pressure sensor. The body is waterproof, so you can use the brush in the shower or wash it under the tap without worrying about breaking anything.

While the 2000N comes in blue, you an also get the same brush with a pink or black body – it just depends on exactly which version you buy, so have a little look around in case you’re fussy about the colour.

The main brush mode, dubbed ‘Daily Clean’, is what you get from pressing the power button once. As with most electric brushes, it includes a timer for two minutes, and the brush very briefly stops every 30 seconds to let you know that it’s time to move onto the next quadrant of your mouth.

Push the power button again and the brush switches to Gum Care mode – this works in the same way, but is set at a lower speed, perfect for those with sensitive teeth or gums, or who have been advised by their dentist not to brush too hard.

The included pressure sensor will help with that too. Push down too hard and the red light on the back of the brush will turn on, while the brush itself simultaneously slows down, to avoid damaging your teeth or gums and warn you to reduce the pressure. This is important, as many people switching to an electric brush from a manual one will naturally brush too hard, which can do more harm than good. 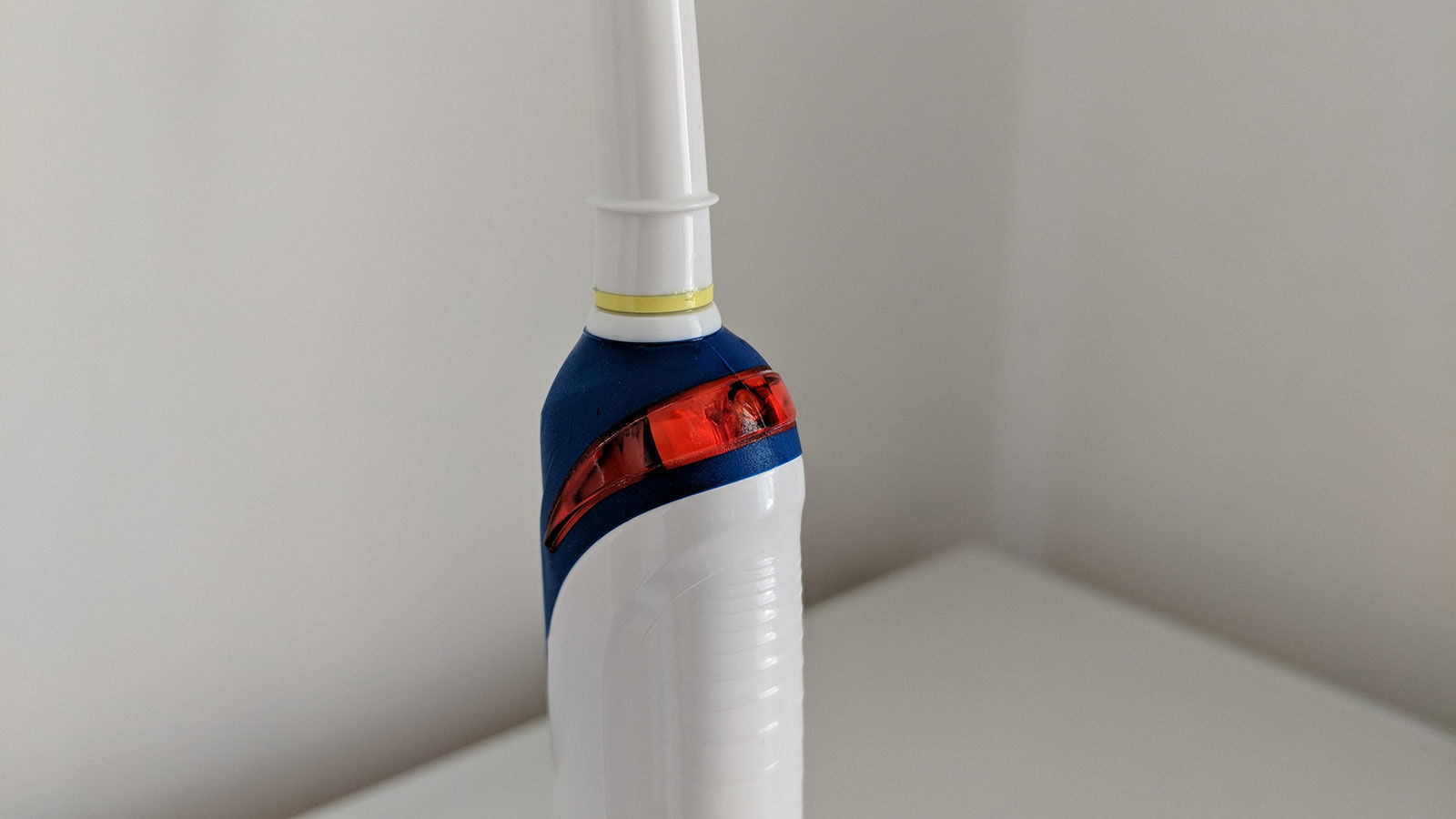 As we explained above, which model you buy will dictate which brush head you get out of the box – which should last you for three months before it needs changing, at which point the colour of the bristles will start to fade.

Once you need to replace it, you’ll get a range of options, as this is compatible with a massive range of Oral-B brush heads: Cross Action, 3D White, Sensi Ultrathin, Sensitive Clean, Precision Clean, Floss Action, Tri Zone, Dual Clean, Power Tip, and Ortho Care. Depending on which type you buy these usually cost around £2/3 per brush, though you can save more money by buying Oral-B ‘compatible’ brush heads manufactured by third parties. 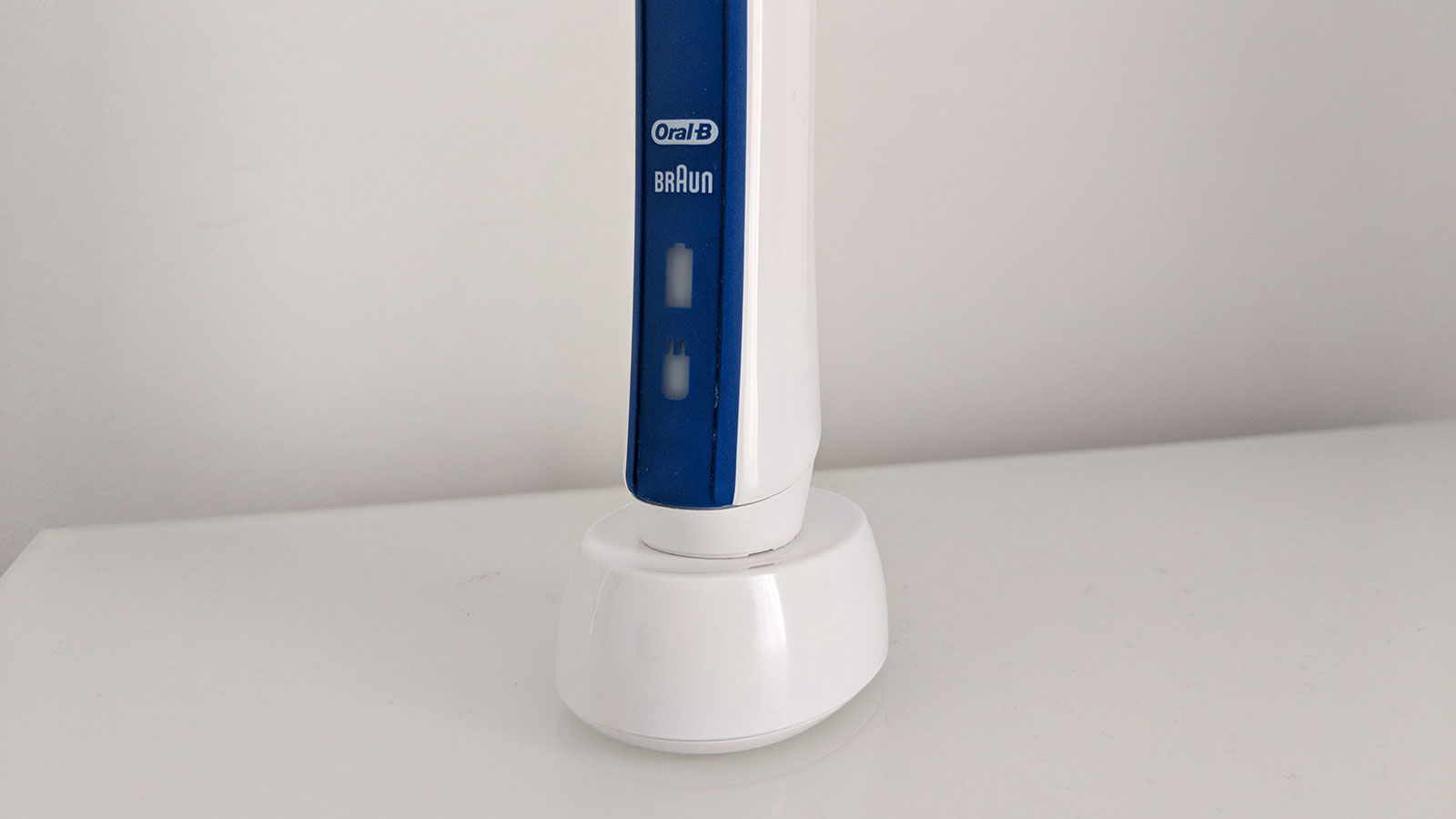 As for battery life, Oral-B claims that the Pro 2 2000 should last two weeks on a single charge if you use it twice a day. We found that it comfortably lasted a week and a half on a trip abroad, though it’s worth noting that it takes basically a full day on the charger to fill the battery up. That won’t be a problem if you just leave the brush on the charging stand in the bathroom between uses, but might be more annoying if you’ll only be charging it once it runs low.

The low battery indicator is also just a simple red light that turns on when the battery is low, with no indicators along the way – by the time you see the red light you need to worry about charging it pretty soon, which could be frustrating depending on your usage.