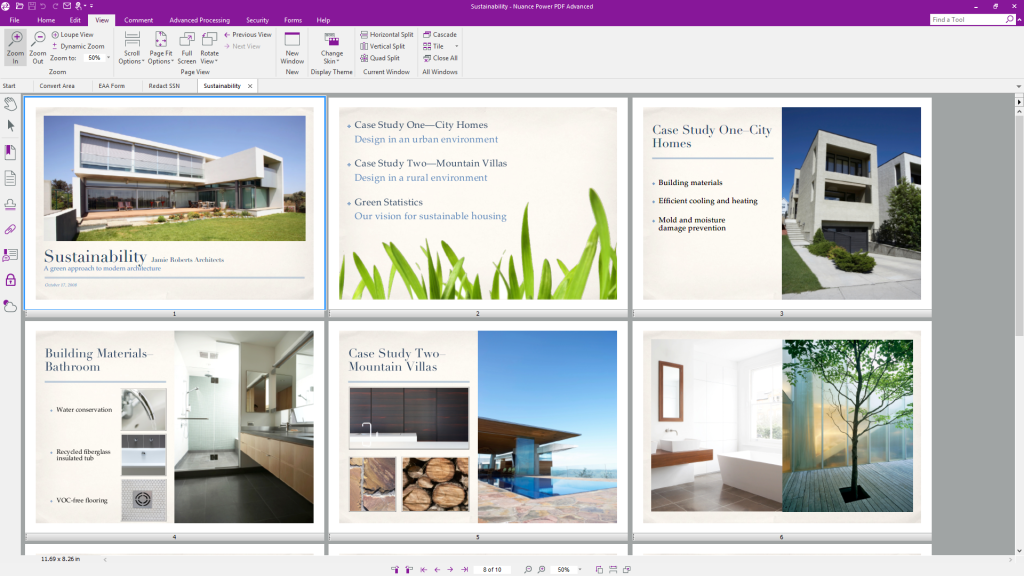 Adobe’s Acrobat Pro still has an edge in some areas, such as its more sophisticated batch conversion features, and Adobe’s background in print and publishing means that Acrobat will probably always be the first choice proofing tool for designers. But Power PDF 3.0 will be a strong alternative for many business users who do most of their work in Microsoft Office, and with no need for annual subscriptions it can work out a lot cheaper in the long run too.

Adobe’s ‘portable document format’ – aka PDF – has just turned 25 years old, and has become one of the most commonly used digital file formats in the world. And, as Adobe invented the format, many people automatically turn to Adobe’s own Acrobat software when working with PDF files at home or at work.

But while the basic Acrobat Reader program is free, and perfectly adequate for people who simply need to read or print PDF files, Adobe’s more advanced tools for creating and distributing PDF files are quite a bit more expensive.

Like other Adobe apps, such as Photoshop and Illustrator, the current Acrobat DC (Document Cloud) product range has adopted the ‘software as service’ model, with Acrobat Standard DC offering an annual subscription that costs £157.68 per year, while the high-end Acrobat Pro DC is slightly more expensive at £182.04 per year.

But while the PDF format was originally invented by Adobe, it is now an ‘open’ format that has been endorsed by the ISO (International Organization for Standardization) and that opens the way for other companies to develop and sell their own tools for creating and editing PDF files. One of the leaders in this field is Nuance, with its Power PDF range, which has just been updated to version 3.0.

There are two versions of Power PDF 3 available. Power PDF Standard 3 is designed for home workers and small businesses, and costs £94.99 as a digital download ( $179.99 in the US) – boxed copies of the software are no longer available – while Power

PDF Advanced 3 includes additional features for larger organisations, and steps up to £154.99. Both of those prices are about £15 more expensive than the previous Version 2.0, but they’re still less expensive than their Adobe rivals – especially as they only require a single one-time purchase, rather than a recurring subscription.

There are also volume discounts available for the Advanced version, although there’s no discount for existing Version 2.0 users who want to upgrade to Version 3.0.

Some of the improvements in Version 3.0 are simply refinements of existing features, such as greater speed and accuracy when converting existing documents into PDF format, or accurately reproducing complex document layouts. However, a key update is support for the new PDF 2.0 format, which was approved by the ISO in 2017.

The new PDF format includes many new features, such as stronger encryption and the use of non-Roman characters in passwords. It also improves the accessibility of PDF files for people with impaired eyesight, extending the ‘alt-text’ and tagging features – similar to those used on web pages – that allow text-to-speech or Braille programs to read out a description of an image file.

The PDF 2.0 format also supports entirely new types of content, such as mapping data from geospatial information systems (GIS) and the PRC format for 3D graphics. And, for people who still need to print documents on that old ‘paper’ stuff, there are improved features to ensure accurate colour reproduction when sending page proofs to commercial printers.

Nuance Power PDF 3: Ease of Use

Both versions of Power PDF also benefit from improved ease of use. The previous update back in 2016 introduced a new ‘ribbon’ interface that was designed to feel familiar for people who use Microsoft Office at work. That interface has been further refined, with additional ribbons providing easy access to tools for editing text, graphics, headers and footers.

To keep the screen a bit tidier you can also open multiple documents as a series of tabs, and the program’s multiple viewing modes mean that it’s now easier to combine elements from several open documents into a new PDF file as well.

The Advanced version of Power PDF already had a number of features that set it apart from its Standard stablemate, such as the ability to automatically convert documents into PDF when they are placed in a special ‘watch folder’.

And, with Version 3.0, the Advanced version gains other improvements, such as the ability for multiple users to collaborate on a document simultaneously, and to electronically sign documents using the commercial DocuSign system.