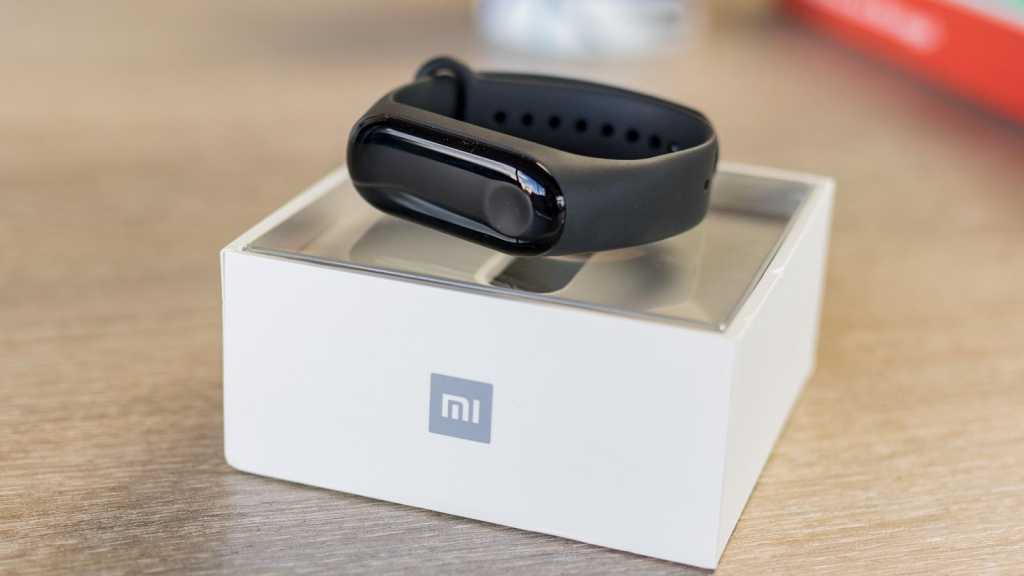 Not entirely flawless, but incomparable at this price point – even against the newer Mi Band 4. Mi Band 3 is an excellent value activity- and sleep tracker, with a built-in heart-rate scanner. It’s fully waterproof and offers extraordinary battery life, plus at-a-glance info on the time, date, weather and important notifications.

The Mi Band has been among our favourite activity trackers since gen 1 was released back in summer 2014. It was a relatively basic sleep- and fitness tracker but with extraordinary battery life and a super-low price, and since then we’ve seen the addition of an OLED screen, heart-rate scanner, app notifications and more.

Until Mi Band 4 came along in June 2019, the third-gen model was the best in the line by a long way, adding a larger display, improved waterproofing and a higher-capacity battery, as well as the ability to read messages onscreen and track specific activities. Nowadays we prefer Mi Band 4, with its larger and customisable colour screen and various activity modes including swim-tracking, but for value you just can’t argue with Mi Band 3.

It’s still incredibly cheap, currently available from Amazon UK for just £19.24. Nothing in our best fitness trackers chart can come even close to that price.

Do make sure you buy an English or Global version of Mi Band 3, since the text and icons on the Chinese model make it rather difficult to use.

What does the Mi Band 3 do?

Xiaomi’s Mi Band 3 is a fitness band with the ability to track exercise (steps taken, distance moved, calories burned), sleep (deep, light and total sleep) and heart rate (automatic or manual), over the past day, week or month. You can track fitness data in the free Mi Fit app, and the Mi Band 3 can additionally hook into Google Fit.

One of its biggest draws – aside from the low price – is incredibly long battery life. Though your exact mileage will vary dependent on how many notifications you receive, the 110mAh battery inside (up from 70mAh in Mi Band 2) can easily last 20 days before needing a recharge. And when it does drain down, you can get it back up to 100 percent in just a little over an hour.

Navigation is intuitive, requiring simple swipes up, down, left and right to enter and browse menus. A single large button can be used to return you to the main screen or select an option, such as a manual heart-rate scan. 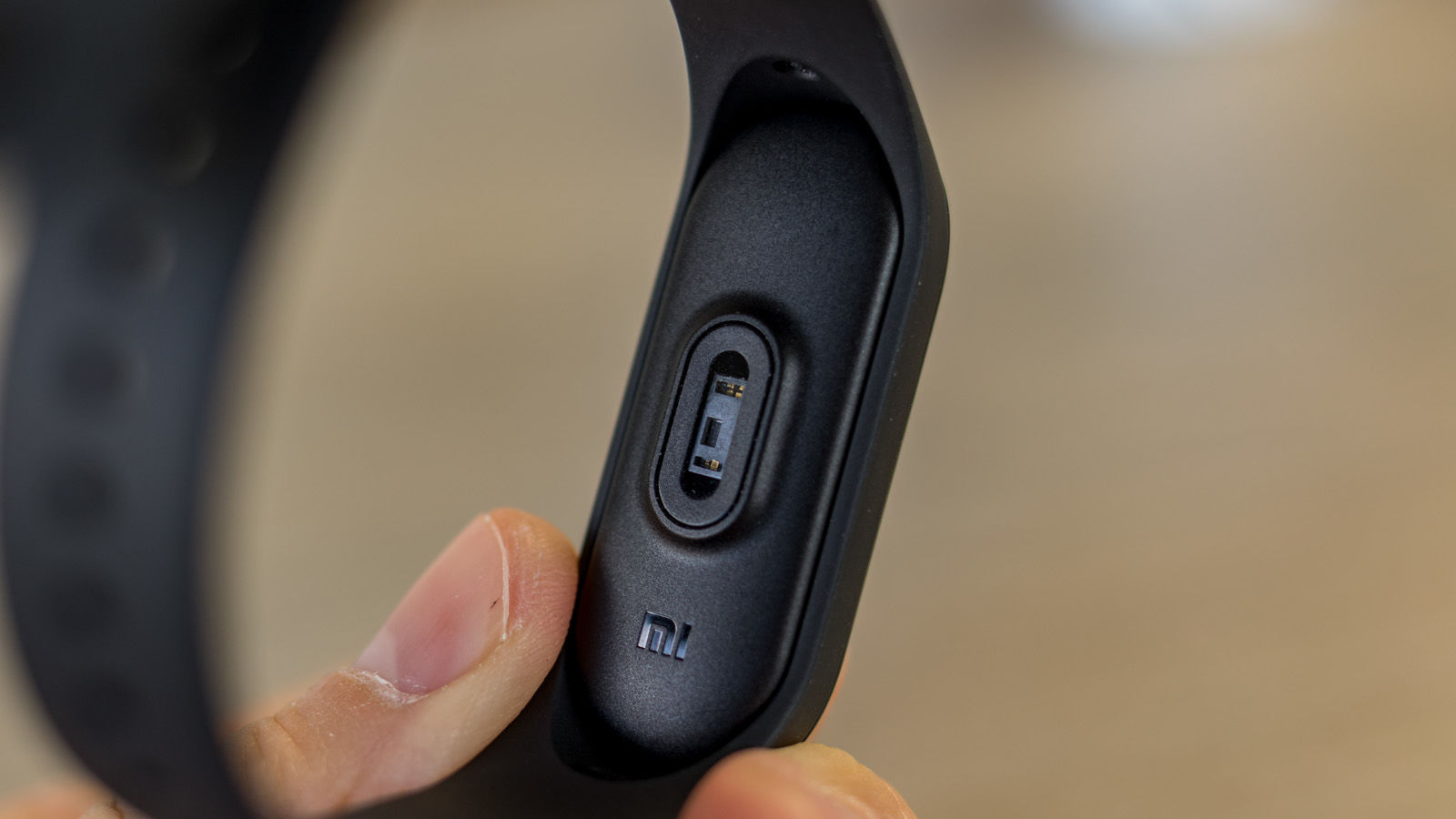 Whereas before it was able to count only your steps, the Mi Band 3 can now more accurately differentiate between walking, running (outdoors or using a treadmill) and cycling, and during these activities you can configure the band to vibrate if your heart rate goes over a specified BPM, or if you start to run slower than you’d like.

For activities that don’t fall into these groups, such as jump rope or sit-ups, you can ‘tag’ the behaviour so that when you are later tracking progress you can understand what you were doing at that time.

A popular activity not accounted for here is swimming, and that’s something we hope will come in a later generation. Though the Mi Band 3 won’t track your strokes, it can be worn in the swimming pool, bath or shower. Whereas its predecessor met IP67 waterproofing specifications, the third-gen Xiaomi fitness band builds on this with 5ATM.

The new Mi Band also has some smartwatch-type functionality, and it’s now much easier to activate the screen by lifting your wrist than with the awkward twist required by previous generations. 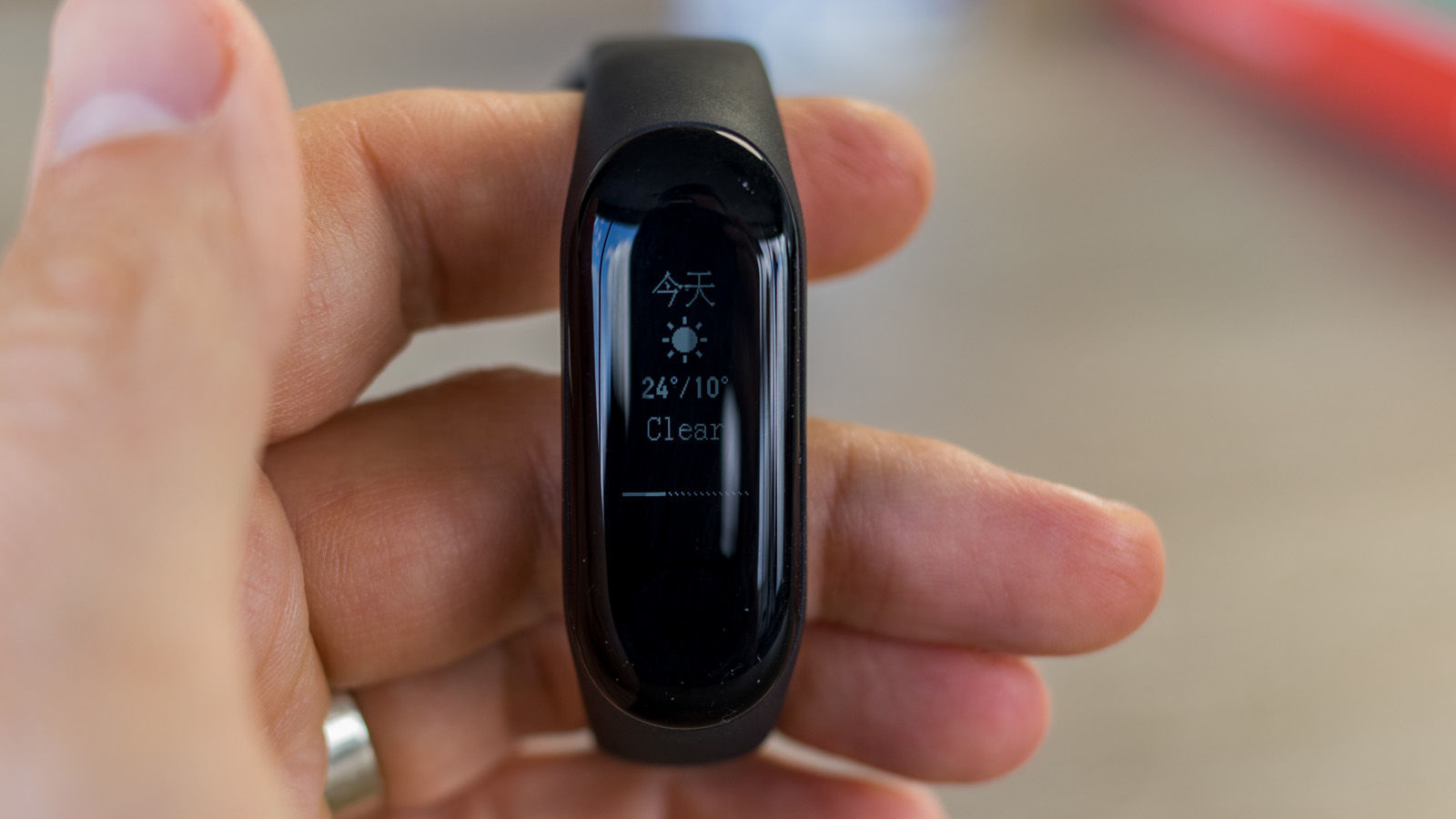 The Mi Band 3 can show you at a glance the time and date, the weather forecast, incoming messages, emails, phone calls and other notifications. The larger 0.78in OLED screen (up from 0.42in) allows you to read the full message content, or if it’s an email the sender and subject line.

You’ve always been able to locate the Mi Band via the app on your phone, but new in this generation is the ability to find your phone via the band. Select the option on your wrist and an alarm will sound on the phone, even in silent mode.

You can set goal notifications, idle alerts, alarms and event reminders, and the Mi Band 3 can offer smart analysis on your sleep cycles. There’s also a Do Not Disturb mode.

Is the Mi Band 3 too good to be true?

It’s incredible what’s on offer here at such a tiny price, so it feels almost mean to pick holes in the Mi Band 3. But holes there are.

Twelve in fact, on the Mi Band’s silicon band, making it easily adjustable to the size of your wrist (wearable size is between 155- and 216mm). The new band adopts the same design as the hypoallergenic wristband we’ve seen on previous generations, which means we have the same concerns. 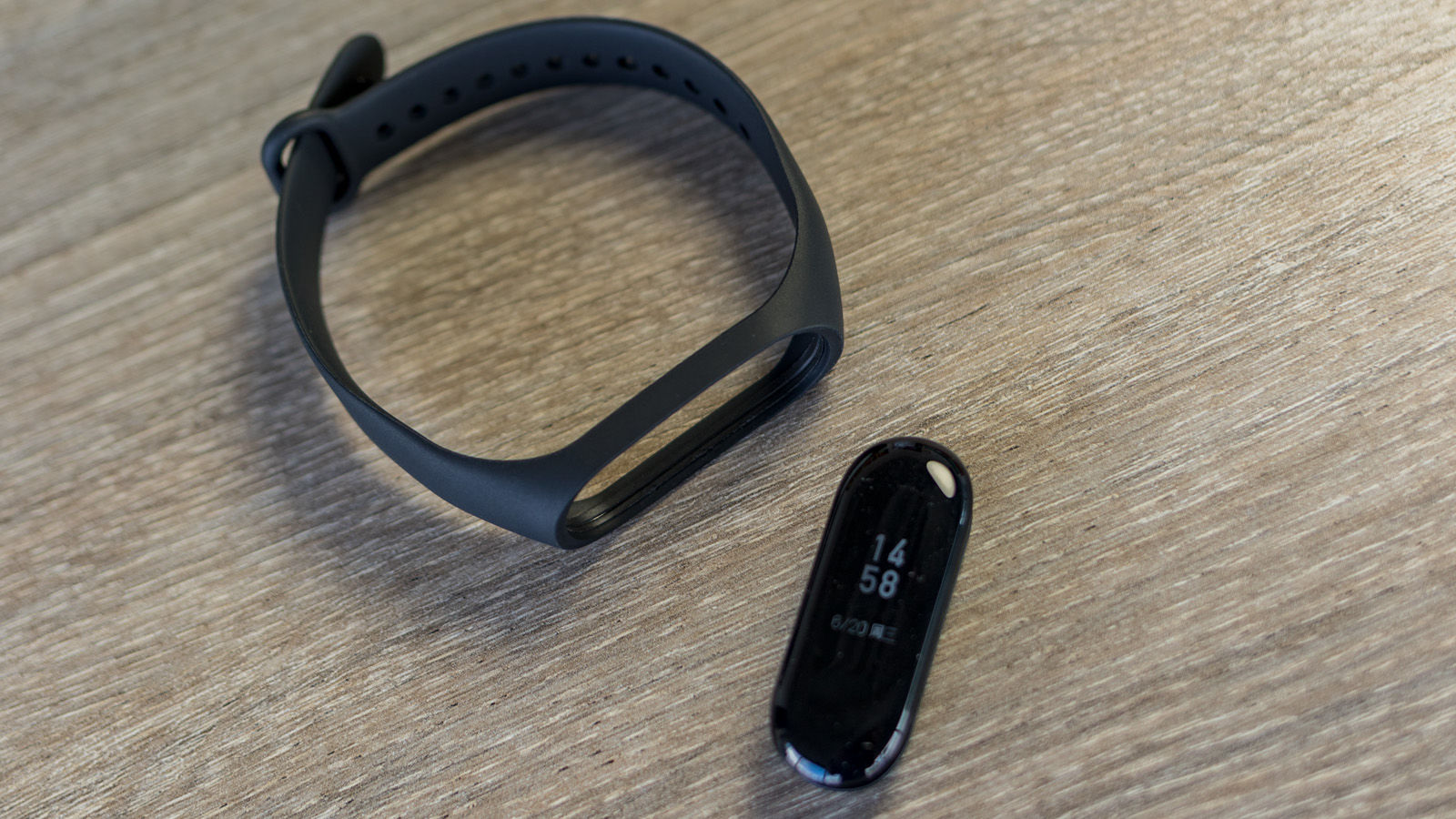 While it holds the tracker snugly when new, over time we expect the band will deteriorate in the same way its predecessors did. You must take the tracker out of the band to charge it – again over a proprietary charger, which is fine until you lose the dongle – and each time you do so you loosen the band’s grip on the tracker.

It is possible to buy replacement bands for the Mi Band 3, and these will be available in black, orange or blue.

The tracker itself is bigger than before, which admittedly means you’re more likely to notice if it falls out its band, but it also causes it to feel more bulky on your wrist. Don’t get us wrong, this is still a much slimmer and lighter alternative to a full smartwatch, and it still weighs an incredibly light 20g – 9g of which is the tracker itself and 11g the band. 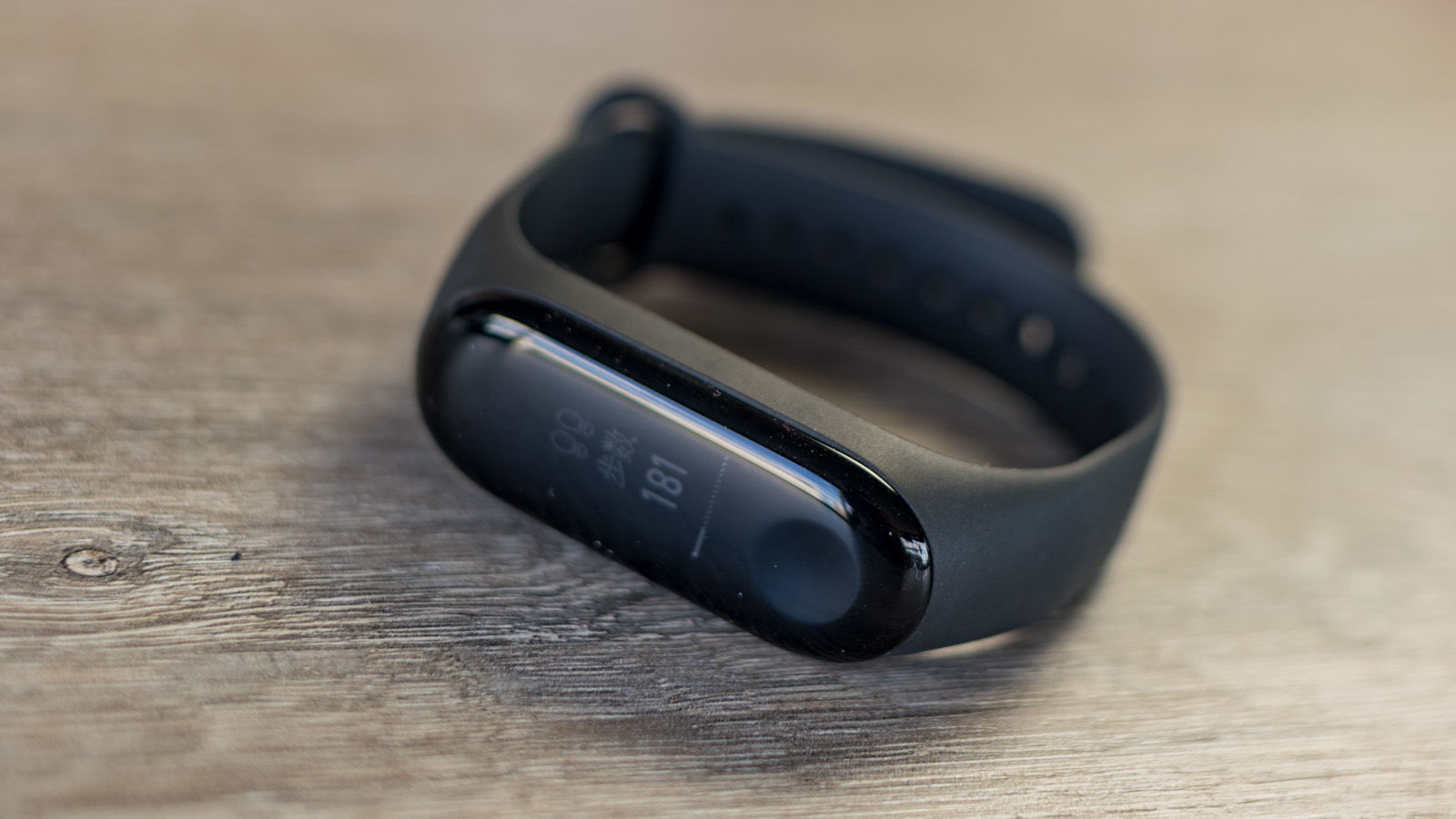 The LCD is not only larger but also brighter, yet we found the super glossy surface still made it difficult to see in direct sunlight. It also picked up fluff and dust from places we didn’t even know fluff and dust existed, so we were constantly wiping it clean.

For users in China, which is obviously the Mi Band 3’s intended marketplace, the larger screen allows for more information on the display. Unfortunately for UK users much of this naturally comes in the form of Chinese characters.

Though you can work out what’s going on even without understanding the language thanks to the accompanying icons, there is no way to switch this off. It seems almost petty of us to criticise the Mi Band 3 for this, but in a review targeted at English-language-speaking readers it’s worthy of note.

One way in which the Mi Band 3 cannot compare to the likes of Fitbit is with regards to competitive analysis and sharing between friends.