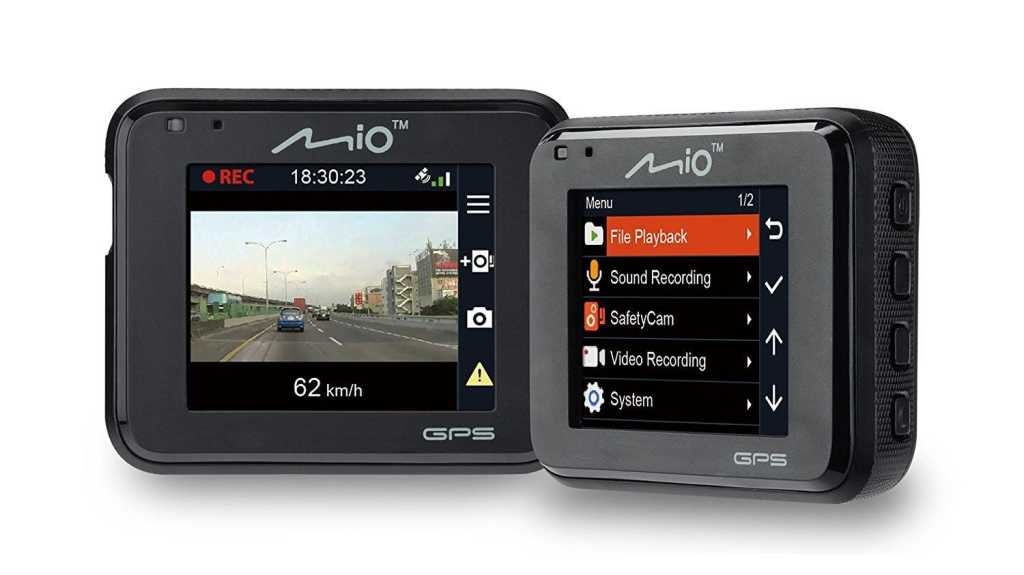 The MiVue C330’s small dimensions, simplicity and speed camera warnings make it a decent sub-£100 dashcam. While it doesn’t offer 60fps recording and it caps out at 1080p, the image quality should be decent enough to provide evidence in the event of an accident. The accompanying PC and Mac app provides a nice way to view all your videos and accompanying data, too.

While Mio was once only known for manufacturing satnavs, the company expanded into the world of dashcams and now offer a range to suit your budget. The MiVue C330 dashcam is a modest sub-£100 offering from the company, providing 1080p@30fps capture in an impressively small form factor. But does the price tag reflect the video quality? Here’s our MiVue C330 dashcam review.

Those interested in buying the MiVue C330 dashcam can do so from the likes of Amazon (£84.99) and Very (£74.99) in the UK, though those in the US are out of luck. It’s relatively cheap, especially when you consider that the C330 features built-in GPS and speed camera warnings updated on a monthly basis for life.

It’s also cheaper than the likes of the Asus Reco Classic and Nextbase 312GW. Those that want to splash out on something with all the bells and whistles should take a look at our list of the best dashcams of 2018.

Building on the design of previous dashcams, Mio has figured out exactly what a dashcam should be: compact and discreet. It’s incredibly small at 51.2 x 62.6 x 37.4mm and only 59.5g, and when coupled with an all-black design, it makes the MiVue C330 pretty hard to spot from outside the car. The display is small at 2in, providing a less intrusive experience than those with larger displays.

A complaint about the MiVue 618 was a poorly placed USB port – it was found on the top of the device, and it would often interfere with the windscreen mount. Mio listened to the feedback, and the USB port on the C330 is found on the left-hand side, making cable management a breeze.

You’ll find four buttons along the right-hand side with on-screen labels, making it easier to navigate than other dashcam UIs we’ve seen. The UI, in general, is easy to use, tidy and provides access to a variety of options. You can tweak the camera settings, enable and disable a parking mode, change speed measurements, adjust the sensitivity of the G-Sensor and more.

That G-Sensor, like with other dashcams, will detect collisions and will lock the recording, avoiding it from being accidentally overwritten. You can also push a physical button to lock the current recording if, for whatever reason, you want to disable the G-Sensor.

The MiVue C330 sports built-in GPS and will provide navigational data on videos, but that’s not all. Using your location and a database of speed cameras in the UK, the C330 can alert you to upcoming speed cameras and the local speed limit. It’ll even provide a countdown on-screen until you reach the speed camera, allowing you to gently adjust your speed if necessary. 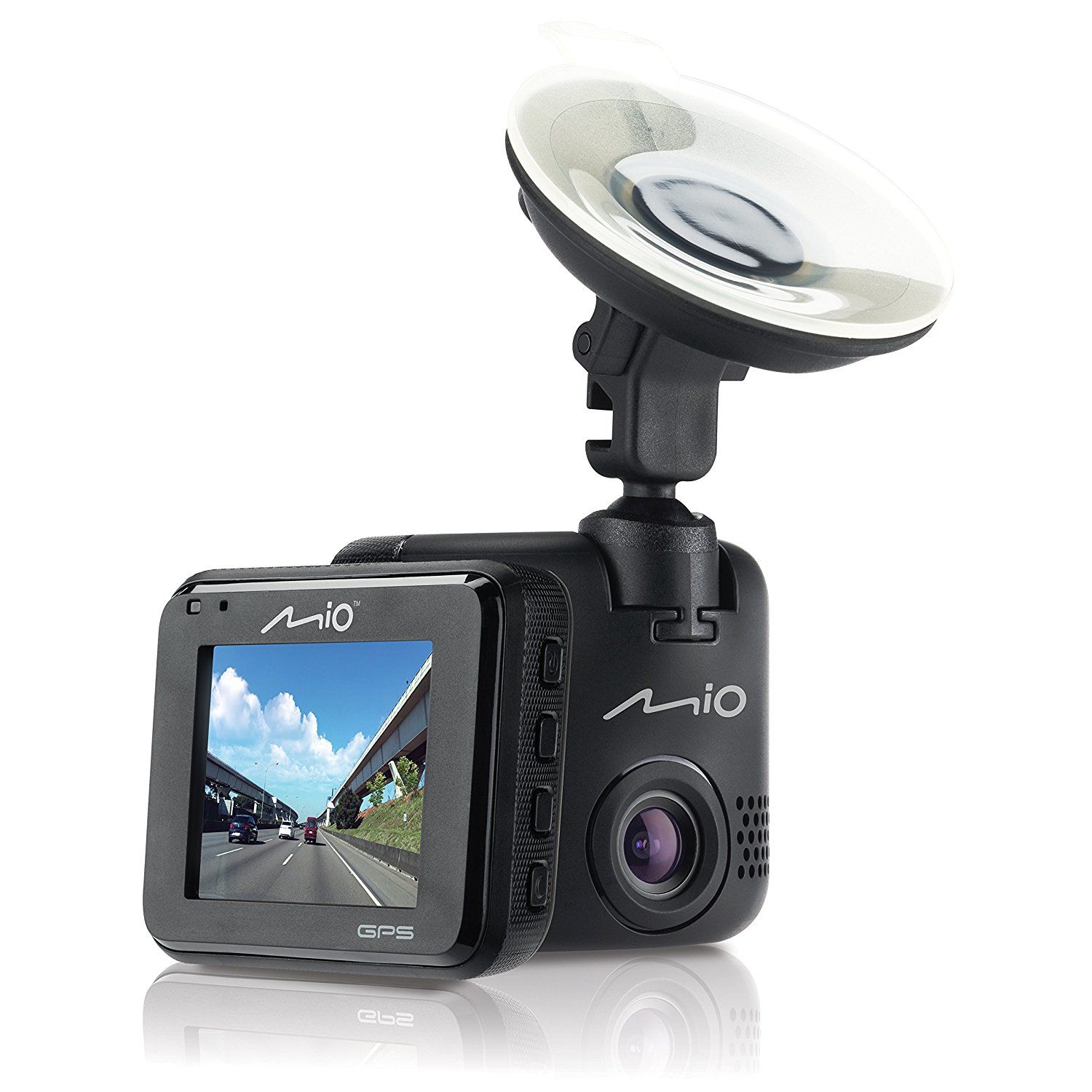 It’s a handy feature to have, and thanks to free monthly database updates, it should always know the location of cameras. On the off chance that it doesn’t, you can manually log the location of speed cameras by pushing a physical button on the camera.

Our only complaint? The announcement is a spoken voice, and it’s pretty quiet. We’d prefer a quick chime, something that is much easier to notice – especially if you’re listening to the radio and concentrating on driving.

There’s a small built-in battery in the C330, allowing you to use it wirelessly for a short amount of time. This is ideal for collisions; you can quickly remove the camera from the mount and use the dashcam’s photo mode to get photos, complete with location data, time and date, for insurance purposes.

Oh, and like many other dashcams, the C330 offers auto power-on technology that’ll automatically begin recording when you turn the ignition on, and will turn itself off once you turn off the engine.

The MiVue C330 defaults to a Full HD (1920×1080) resolution at 30fps, with no high frame rates on offer. It’s coupled with a 130-degree wide-angle lens that captures a lot of the scene in front of the car, though this also means that registration plates can appear quite small unless you’re directly behind another car.

And while older MiVue cameras had issues with colour reproduction, we’re happy to say that it isn’t the case with the C330. In daylight, colours are fairly accurate and the image is clear enough to pick out small details like road signs and registration plates of passing cars. Admittedly, there are cameras that offer better detail, but not at this sub-£100 price range. You can see a full resolution screenshot below. 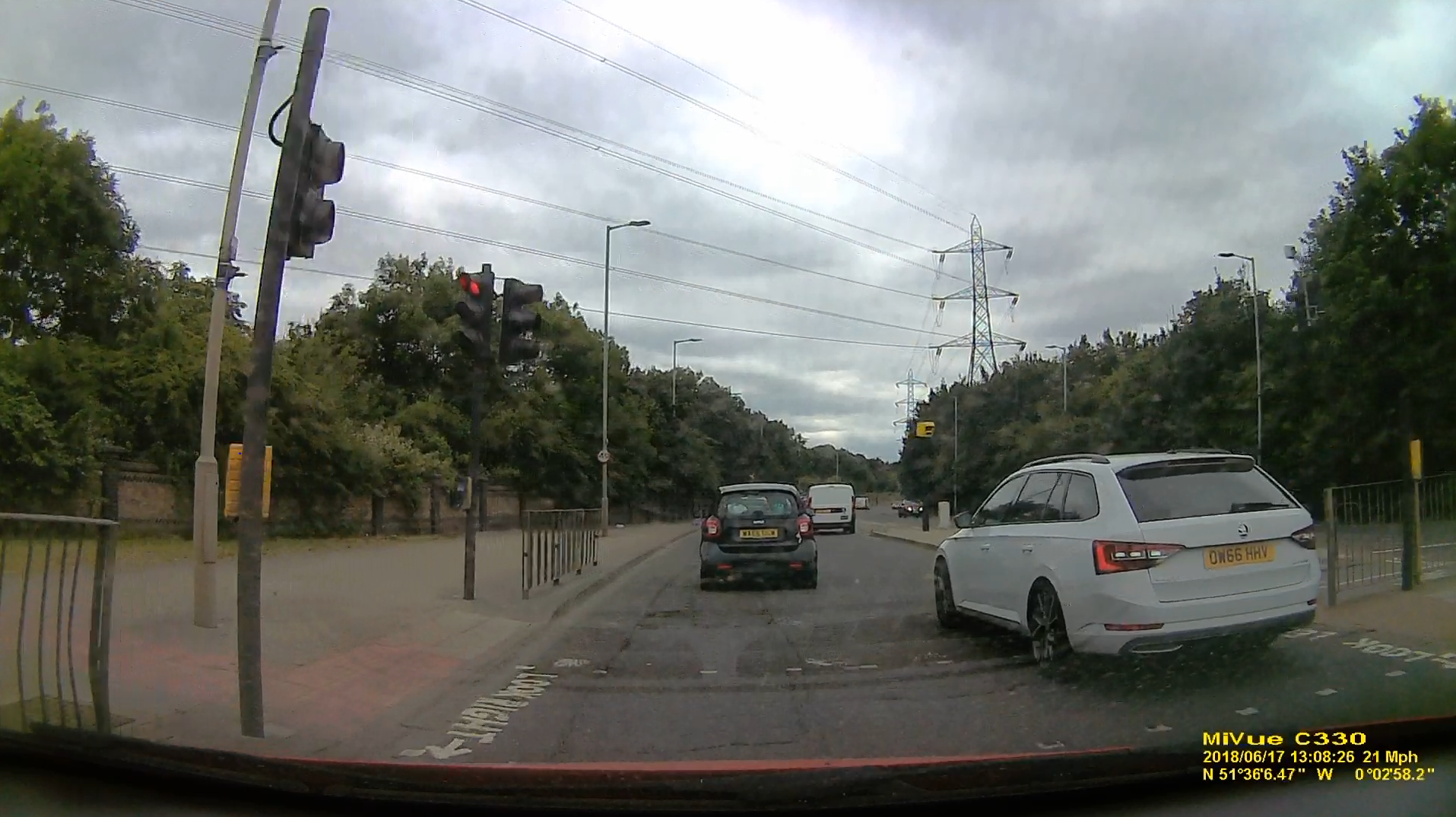 The only issue we’ve noticed is an occasional ‘flicker’ during the day. The sky blows out temporarily before re-adjusting, leading us to believe that bright light may confuse the camera’s sensor. It only lasts a couple of frames, but it’s certainly noticeable in video playback. 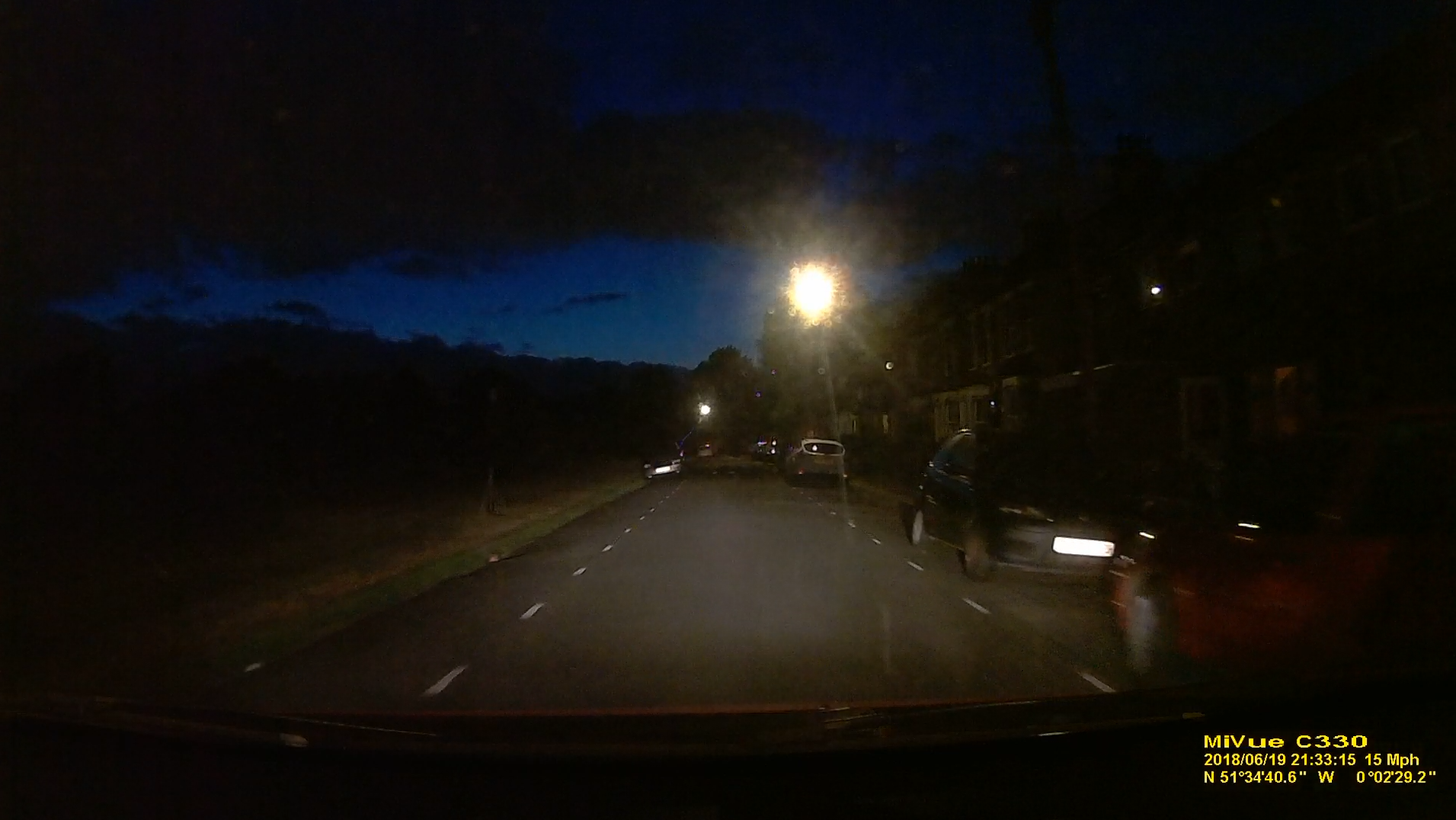 As expected, nighttime performance isn’t as good. Despite the C330’s F2.0 lens, the videos are quite dark and, like most other dashcams on the market, it’s hard to make out registration plates. It’s either too dark, or the headlights of your car make it too bright to be read. It should be enough to get an overall picture of an event, but you may struggle to make out the finer details.

Files, by default, are recorded in .MP4 format and, for some reason, won’t play with audio using the default video player featured in Windows 10. For us, this was easily remedied by using VLC player to view the footage captured on the dashcam, but you can also opt to use MiVue Manager.

MiVue Manager is the accompanying software for the C330, and is available to download for Windows and Mac. It provides an easy way to review footage along with information like speed, GPS coordinates and G-Sensor data. And, if you’re using the dashcam to capture your driving skills, it provides an easy way to upload your footage to YouTube and Facebook.

The one annoyance? The MiVue C330 features a Mini-USB port, a connector that has largely been phased out and isn’t as readily available in the average household as it once was. While the C330 isn’t alone in featuring a Mini-USB port, the company doesn’t provide a cable to connect the dashcam to your PC or Mac to easily view the footage. You’ll have to search your cupboards for an old one, or pick one up on Amazon.