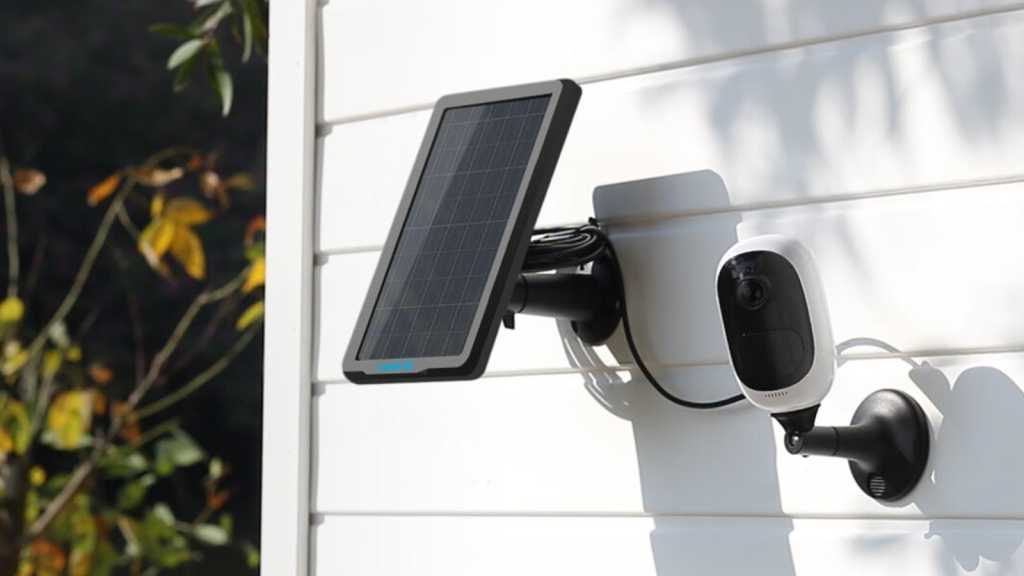 The Argus 2 might not be that different to the original but Reolink has corrected the main issue by switching to a clip-in lithium battery. Get the solar panel and things are even better. Otherwise, this is still a great camera at an affordable price that you can use indoor or outdoor with decent 1080p quality and a range of other features including two-way audio, night mode and smart motion detection. You don’t even need to use cloud storage so the Argus 2 is an attractive option in the security camera world.

We found the Reolink Argus security camera a decent option and the firm is back with a new and improved second generation. Here’s our Reolink Argus 2 review.

The new version looks pretty similar and much of the spec and feature list stays the same. But the Argus 2 comes with upgrades that apply mainly to the battery tech including an optional solar charging.

We liked the original Argus largely because of its affordable price of £99. A new model in the tech world is often more expensive but the Argus 2 is £149/$129 despite not being hugely different.

For all the options, see our roundup of the  best security cameras.

The Reolink Argus 2 uses a familiar tall egg-like design as we saw with the original. The camera sits on a ball-joint to give you simple and easy adjustment to get the right angle.

In the box are different mounting options, depending on where you want to place it. There’s even a strap that can be put round a tree branch or similar, although this isn’t as stable as a traditional bracket.

Once again the Argus 2 is weather-proof with an IP65 rating so it can survive outside, and there’s even a silicone case in the box with a cute little hood to protect it even more.

You can mount it where you like, it just needs to be in Wi-Fi range to work.

The main upgrade comes in the form of different battery tech. The original used four annoying CR 123A batteries but the Argus 2 has a rechargeable lithium battery that can easily be removed.

It charges via Micro-USB and you can even get an optional solar panel for £26.99 which means the camera battery will remain topped up so the whole thing is much less hassle. As long as you get a bit of sunlight, of course.

The above battery change is the biggest upgrade and it’s very welcome here.

Battery life won’t be an issue if you use the solar panel (probably worth the extra if you can afford it). Otherwise you’re looking at four to six months depending your usage.

Otherwise, the camera pretty much just works as it did before so you get a 1080p resolution with a wide 130-degree field of view as well as features like, motion detection and two-way audio.

The camera is decent quality and you can live stream to various devices using apps for iOS, Android, Windows and Mac. The app is similar but has a fresh look so it’s more modern but still easy to use with quick access to all the main features.

It’s all pretty easy to setup using a clever system of QR codes. You’ll want to play with the settings, mainly PIR (passive infrared) so you don’t get too many notifications of motion. The app will handily make suggestions if it thinks the settings are wrong.

The main upgrade other than the battery is improved night vision. The new Starlight CMOS sensor still offers 33ft of range but the Argus 2 can provide night mode in colour.

As before, the Argus 2 has a microSD card slot (for up to 64GB of storage) which means you don’t have to rely on cloud storage like many rivals. This often costs quite a lot so the Reolink isn’t just cheaper in terms of the initial price.

Buying a memory card will be cheaper in the long run but should you want cloud storage, Reolink is working on adding this feature. You can check for updates here.