There’s an awful lot to unpack in these first hours of Cyberpunk, and we haven’t even touched on the GTA-style driving (first- or third-person), the stimulant power-ups, or the story hints, including Keanu Reeves’ ‘digital ghost’ Johnny Silverhands. Mild reservations about the sexualisation and stereotypes aside, Cyberpunk 2077 is one of the most impressive, ambitious games expected in 2020. The sprawling world, dense RPG elements, and visceral combat look phenomenal, and we can’t wait to get our hands on a controller for ourselves and make the move to Night City.

There aren’t many games that have commanded the attention – or intrigue – of Cyberpunk 2077, the next major game from The Witcher and Gwent developer CD Projekt Red.

For a long time we had nothing but teasers and speculation to go on, but since E3 2018 the developer has been slowly releasing more info on the game, including two extended gameplay videos – and the reveal that it will star Keanu Reeves.

We also got an official release date: 16 April 2020, when it will hit PS4, Xbox One, and PC – so at least it is for current-gen consoles, though we’d expect an eventual port to Project Scarlett and the PS5. You can pre-order the game now from Amazon, though if you’re planning to play on PC you’re best off buying from CD Projekt Red’s own GOG store, which throws in a few freebies. 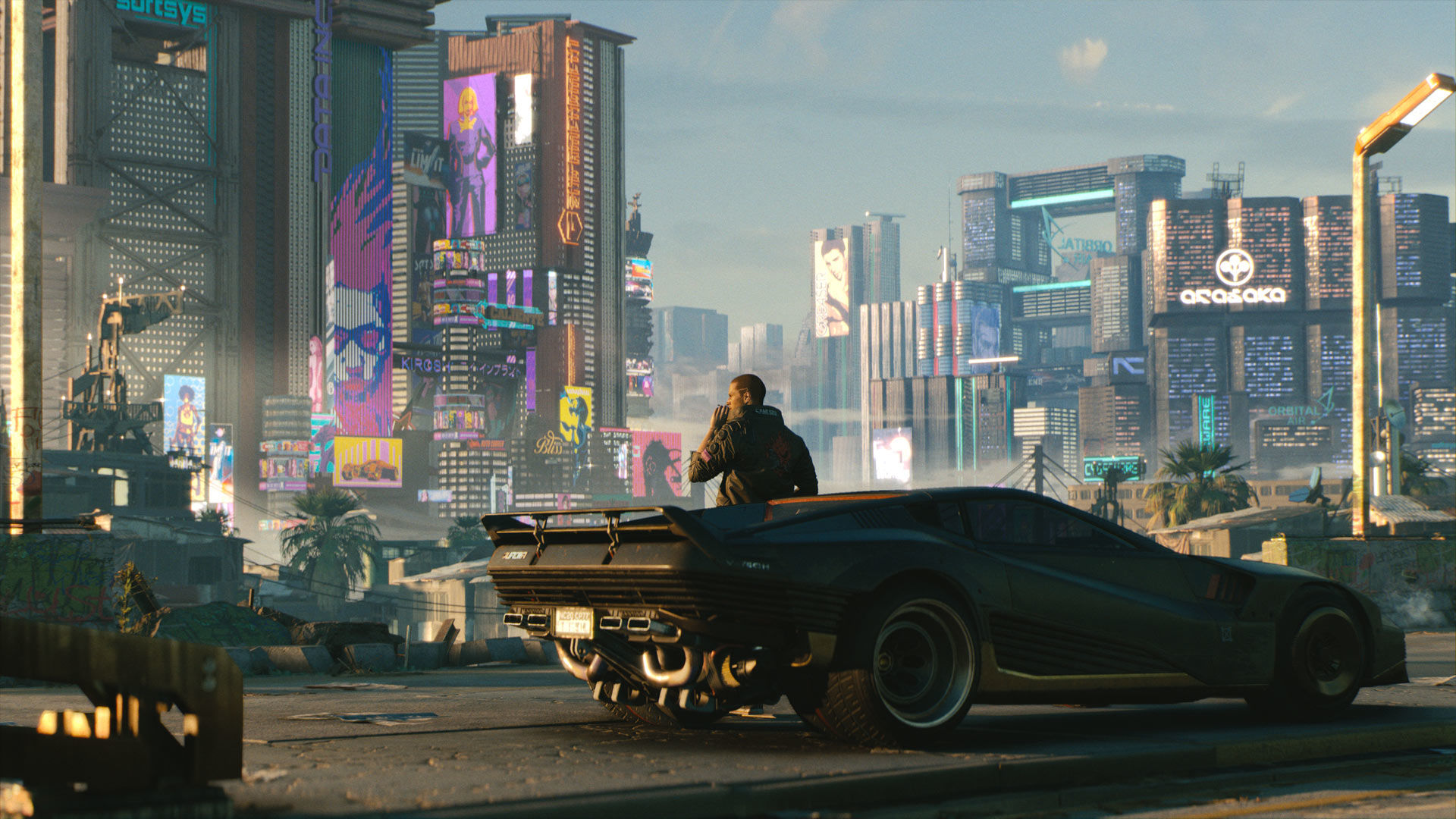 From the two hours of gameplay footage that we’ve seen CD Projekt Red’s devs play at each E3 show, the first thing that hits you about Cyberpunk 2077 is the size and scale of the world, adapted loosely from the tabletop roleplaying game Cyberpunk 2020.

It’s there in the first moment the player character – V – leaves their apartment megaplex and steps out into Night City, a massive Californian metropolis which you’ll be able to explore fairly freely, with ‘hundreds’ of cars, bikes and other vehicles around  – a clear nod to a GTA influence. As you step outside for the first time there’s a disorienting bloom of light, which slowly gives way to a sea of people and a sky pulsing with neon billboards.

It’s immediately overwhelming, and you suspect intentionally so. The UI pops up to tell you who everyone is, with names ranging from the specific, like Wilson, your friendly neighborhood gun dealer, to the generic, like ‘mallrat’ or ‘dirtboy’.

In case you couldn’t guess from the name, this is a dystopian future in the vein of Neuromancer or Blade Runner, complete with massive mega-corporations, sleazy streets, and ubiquitous cybernetic implants. 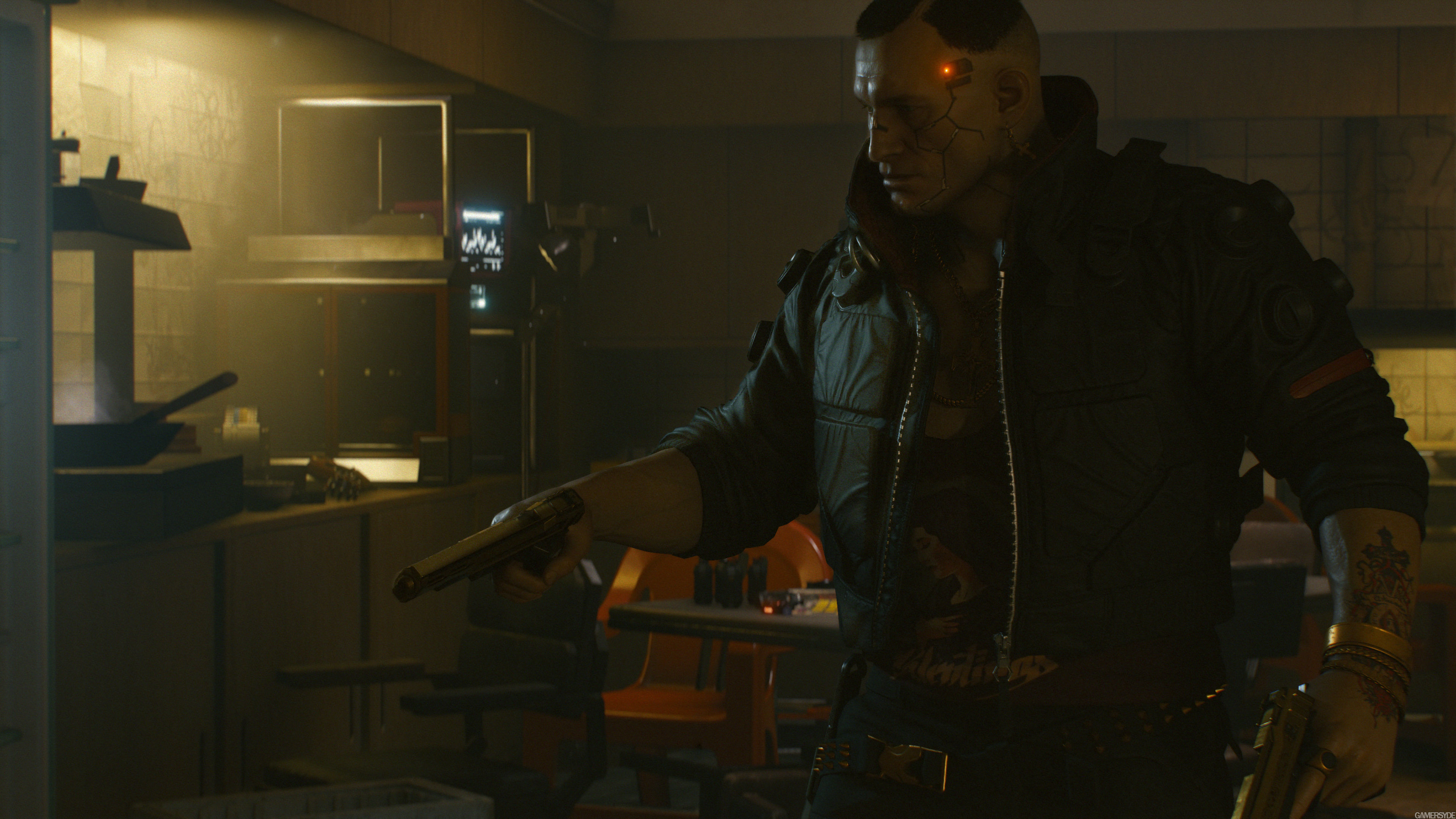 Those implants are one of the many progression systems baked into Cyberpunk, and you can visit one of many ‘ripperdocs’ to swap out your eyes for a new set that will let you zoom and scan enemies, or fit yourself with a subdermal grip that offers an in-universe explanation for the UI’s ammo counter.

Character customisation goes way beyond that though. From the get-go you pick not only your gender and physical appearance (with a bewildering array of sliders and settings and even the promise of trans and non-binary choices on the way), but also character beats like who your childhood hero was, and stats ranging from RPG staples including Strength and Constitution through to the slightly more nebulous ‘Cool’.

That sort of naming makes more sense when you consider that the main XP system is dubbed ‘Street Cred’, which you can boost not only by completing missions and defeating enemies, but – quite appropriately – by just picking the right outfit to wear. There are even separate level systems for your clothes and implants.

The skill progression system splits skills up by those six main stats, and then lets you put points into skills with specific weapons, fighting styles, hacking, and more. If you don’t want to think about things too much, there’s also an auto-levelling mode that assigns points based on how often you use specific weapons and abilities, to reflect character progression more organically, whether that’s towards brute force or tactical thinking.

The focus of both demos was more on a spot of the ol’ ultraviolence though, and violent it certainly is. From shooting people’s legs off with shotgun shells to severing arteries with extendable ‘Mantis’ arm blades, you can do a great deal of violence as you go about Night City. 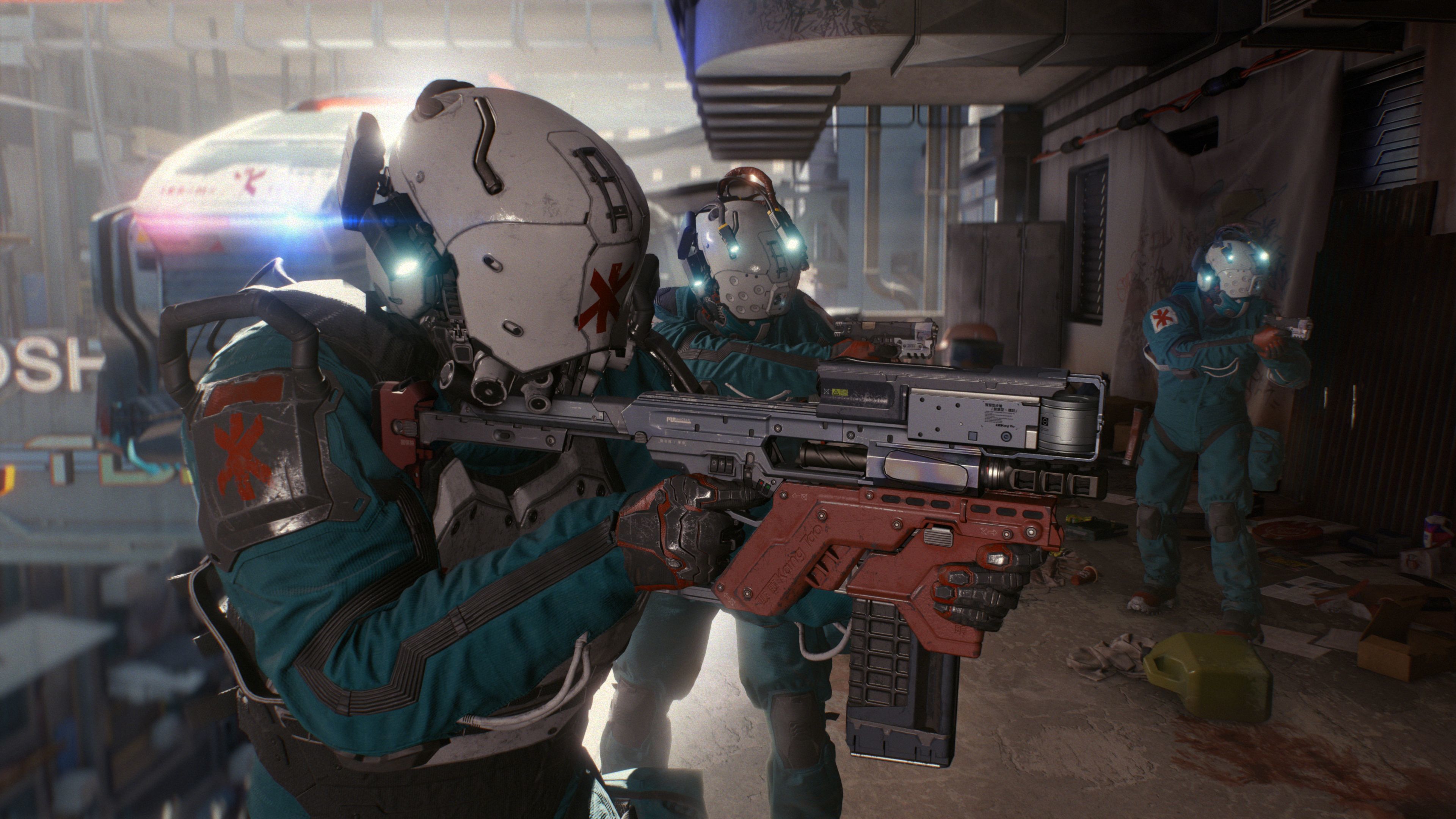 CD Projekt describes the game as a “mature experience for a mature audience,” but that’s clearly in the ‘M for Mature’ sense of the word. Alongside the arterial splatters you’ll find full-frontal nudity, lingering shots of bums, and swear words littered about like punctuation.

In a one-hour demo it feels gratuitous at best and downright unpleasant at worst, but we’re cautiously optimistic that in the context of the game it will make more sense, and that the studio is going to actually engage with all that sex and violence in interesting ways, not just throw it in for shock value.

The game does at least appear to be open to more than just the heteronormative. Not only are the other denizens of Night City impressively varied – right down to a muscly guy strutting about in pink short shorts – but at Gamescom the devs revealed that your character can have same-sex relationships – or at least hook-ups.

There’s some room for concern about how the final game will handle it – an online furore over an in-game poster featuring a trans model highlighted how easy it is to get well-intentioned representation wrong, and both demos shown so far lean fairly heavily on racial stereotypes, from a Latino partner to a Haitian ‘Voodoo Boys’ gang. Again, none of this is inherently wrong, but CD Projekt Red will have to tread carefully as it wades into a more contemporary setting for the first time.

The mature tone also pays off in the combat systems, which prove the studio knew what it was doing when it made the switch to first-person. There’s an inventiveness on display throughout, from guns that can ricochet shots off walls or shoot straight through cover, to hacking abilities that let you directly jack into opponents and in turn use their network access to remotely hack their mates.

Animations are fluid throughout, and do a great job of placing you in the world. As you slide across the floor or reach out to catch a thrown object the camera tracks your character’s eyeline, while stealth kills include contextual animations like plunging an enemy’s head into nearby water to kill them more discreetly.

The result is a combat system that seems to give you as many different options and approaches as the branching dialogue and mission systems do. The missions we saw played out including multiple branching points, with the chance to approach peacefully or guns blazing, to ally yourself with different in-game factions, and to con people or keep things honest, each supposedly with lasting effects on the game world.

Just as important as all the branching options, while both demos we’ve seen descended into violence, at Gamescom it became more clear that at least the mission we saw could be completed entirely non-violently, opening up a lot more role-playing possibilities for savvy players who are happy to play the various factions against one another, and the devs claim that it should be possible to complete the game without ever killing a single person.

There’s an awful lot to unpack in these first hours of Cyberpunk, and we haven’t even touched on the GTA-style driving (first- or third-person), the stimulant power-ups, or the story hints, including Keanu Reeves’ ‘digital ghost’ Johnny Silverhands.

Mild reservations about the sexualisation and stereotypes aside, Cyberpunk 2077 is one of the most impressive, ambitious games expected in 2020. The sprawling world, dense RPG elements, and visceral combat look phenomenal, and we can’t wait to get our hands on a controller for ourselves and make the move to Night City.