It would be hard to call Battlefield V a major leap forward, but nobody really expects – or wants – that anyway. Instead, this builds on the success of Battlefield 1, shifts the setting, and ups the ante. There’s a lot of the game we haven’t seen yet – not least the single-player and new Royale mode – but what we have played should certainly be encouraging for fans of the franchise. Grand Operations are Battlefield at its most distinctive, with varied tactics, shifting objectives, and enough of a narrative hook to keep single-player fans happy too, while Conquest remains a Battlefield staple for very good reason.

Videogame sequel numbering is often confusing, but the Battlefield series’ jump from Battlefield 1 right to Battlefield V (not to mention the switch to Roman numerals, even though everyone is still going to call it Battlefield 5) is still notably odd.

There’s a shift to the game itself too of course: from the First World War to the Second, primarily, along with a new game mode (the somewhat inevitable PUBG-inspired Royale), and all the minor tweaks and updates you’d expect from any iterative update to a long-running franchise.

We’ve now had the chance to play Battlefield 5 twice: first at E3 2018 as part of the dedicated EA Play event, and then again at Gamescom 2018, playing through both one of the signature Grand Operations, and a couple rounds of Conquest. Here’s what we think.

First up, Battlefield V comes out later this year: 19 October to be precise, though anyone who pre-orders the Deluxe Edition will get early access from 16 October. As for platforms, it’ll be out on PS4, Xbox One and PC – though our demo experience was running off a PC.

Those interested in playing early can sign up to EA Access here, or pick up Battlefield V: Deluxe Edition from Microsoft (£79.99) or Origin (£69.99). Of course, you could always wait a few more days and pick up the standard edition of Battlefield V, available for pre-order from GAME (£54.99) in the UK, and GameStop ($59.99) in the US. 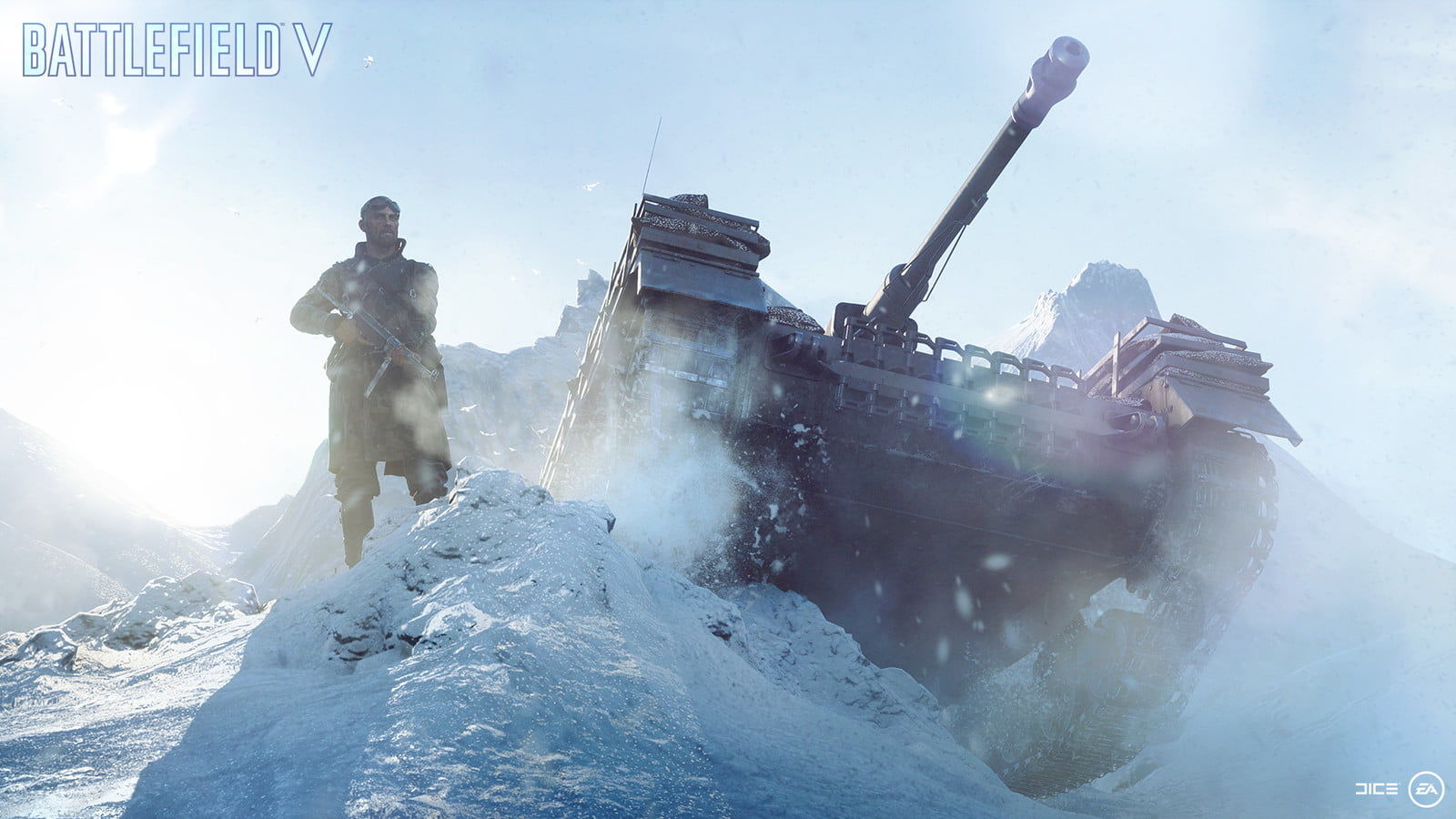 As you’d expect, Battlefield V will have plenty of different online game modes, including the newly announced Royale: a 100-player free-for-all along the lines of the PlayerUnknown’s Battlegrounds or Fortnite. There’ll also be a single-player campaign, similar in style to Battlefield 1’s fragmented story.

Between E3 and Gamescom we’ve had the chance to try out two of the game’s classic multiplayer modes: Grand Operations, multi-stage online offensives that take the series’ trademark 32v32 combat to its extreme; and Conquest, the classic control point mode that sees you win by wearing down the opposing team’s respawn tickets.

Let’s tackle Grand Operations first. Playing as either the attackers or the defenders, you’ll play through multiple scenarios – each representing a day in the game – with your objectives changing each day depending on the results of the previous encounter.

It’s a mode that will feel familiar to anyone who played the Operations mode in Battlefield 1, but with an enhanced scope and a promise from developer DICE to explore less familiar fronts of the war. We played through the first two days (though normally you can expect at least three) of a Grand Operation set in frozen Norway, stepping into the shoes of the German defenders trying to hold the lines against an airborne British assault. 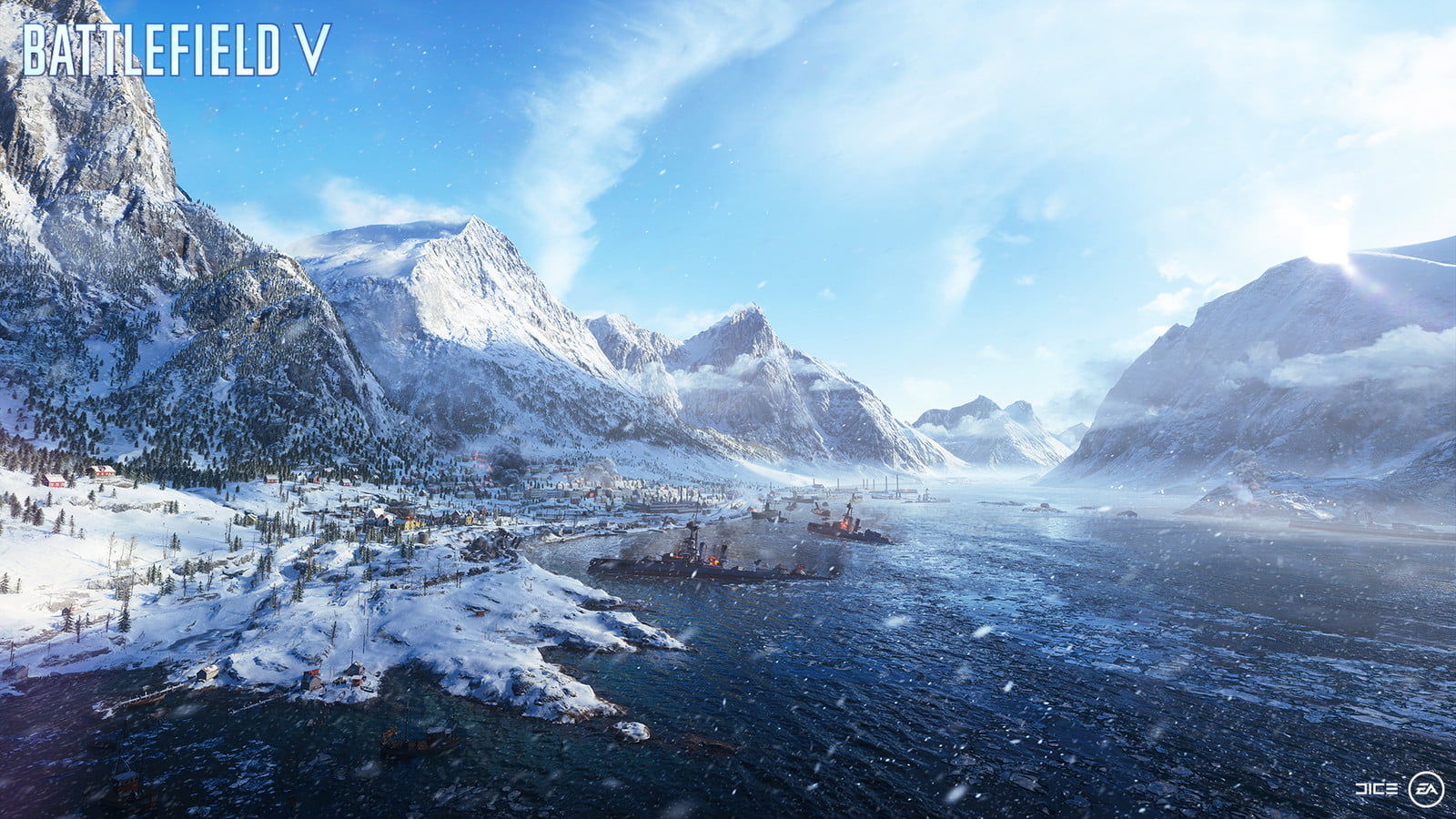 On the first day, we were tasked with defending our anti-aircraft cannons from British paratroopers – not to mention using them to take out their planes – while on the second we had to defend a series of key points as the Allied attackers pushed forward with their core ground troops.

On day one the two teams were just about evenly matched, and despite an early push from the Allies, we managed to protect two of the four anti-aircraft guns – reflected in the tone of the brief mid-round cinematic, and presumably limiting how much heavy weaponry our opponents could bring with them on day two, when we – just barely – held our ground to win the day.

Conquest is less cinematic, but just as impressive. We played a couple of rounds on the new Rotterdam map at Gamescom, fighting across a map divided by a river and towering railway bridges. It’s an impressive bit of map design, making the most of the verticality of a city to create multiple routes into every control point, some of which you can fortify. Nests of buildings and alleys are separated by the expansive open area along the river – a sniper’s dream when defending one of the nearby control points.

Convention demos are rarely the best way to experience complex objective-focussed squad gameplay, which is the traditional focus of Battlefield. Sticking close to your squad can net you help with ammo and med pack drops, not to mention revives, but it’s easier said than done in the chaos of the, uh, battlefield.

And chaos is definitely the word. Darting through shelled-out building and over snow drifts, it’s tricky to keep your bearings. That’s not helped by puffs of snow and smoke – the particle effects are working overtime here – or the way the whole screen shakes and shudders with every explosive impact. In a series that has often strived to make war as visceral as possible, Battlefield V is a total triumph in that regard. 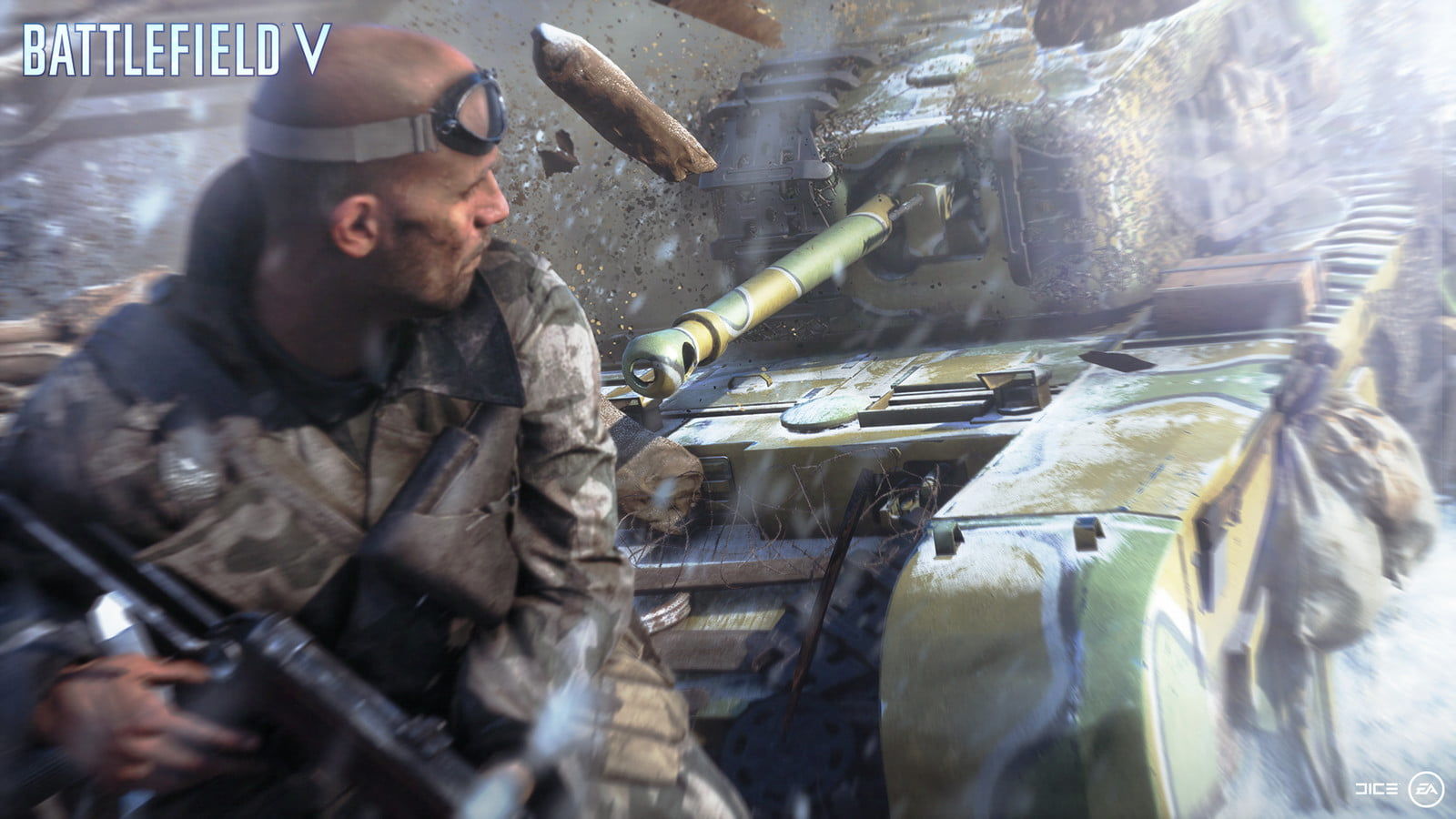 The shooting itself is as tight as you’d expect, and we had the chance to flit between a few of the available classes: grenadier, medic, sniper, and machine gunner. The weaponry will feel familiar if you’ve played any of the zillion WWII shooters to come before this – think bolt action rifles and slow firing machine guns – and there’s a chunky weight and recoil that fits the setting well.

Vehicles are here too, giving you the option of enhanced mobility (and often firepower) at the cost of becoming a much more visible target. We got to play around with tanks and trucks, but it takes coordinated play to make the most of vehicular combat, and coordinated we were not. There’s still nothing quite like rounding a corner to find yourself staring down the barrel of an enemy tank gun though, and percussive booms of cannon fire arguably do more to sell the scale of the war than the sheer volume of players ever does.

More novel is the introduction of a building tool, which lets any player construct fortifications and sandbag walls around key objectives – though Engineers are naturally a bit better at it. It’s a great new tactical wrinkle (even if its influences seem a bit obvious in this, the Year of Fortnite) that adds a new element to the defensive game: suddenly you have to prioritise where you build your defences, and when your time is best spent fortifying, and when you need to be in the thick of the fray.

Fortifications are arguably a bit less useful in Conquest, where you might soon find yourself trying to storm a control point defended by opponents taking advantage of the defences you built for them. In Grand Operations they could prove crucial however, both buying valuable time for defenders and shaping the battle by re-routing attackers.

We didn’t get a look at the game’s character customisation options, which have already proved mildly controversial – Allied soldiers wandering around with katanas strapped to their backs hardly scream historical accuracy – but EA promises plenty of freedom in that regard (without the help of loot crates, it’s at pains to insist).