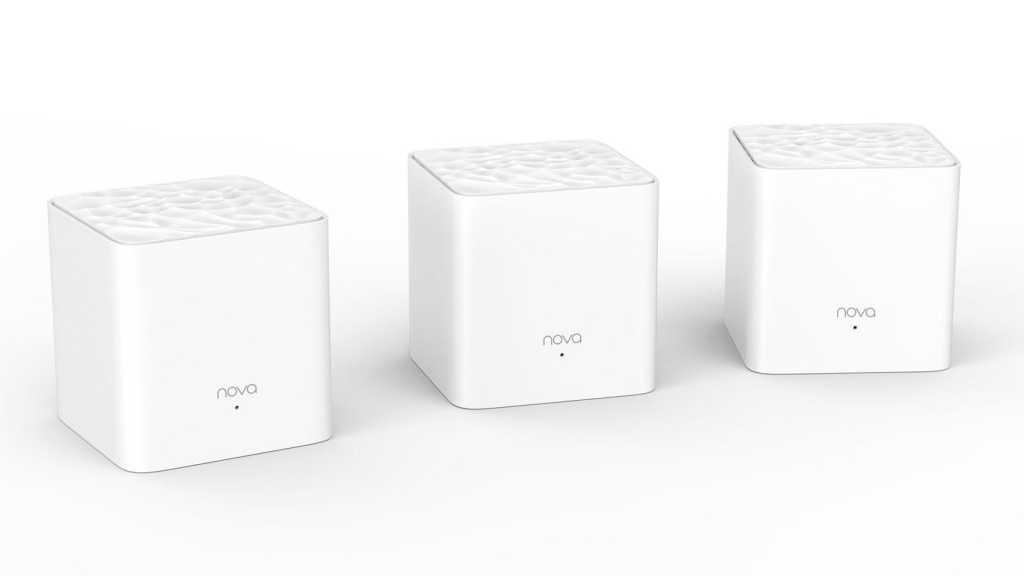 We were impressed by both the performance and ease of use of the Nova MW3. It’s excellent value for anyone who needs to give their Wi-Fi network a bit of a boost.

Mesh Wi-Fi kits are the only thing you should consider if you need to get reliable Wi-Fi across your home. Repeaters are rendered pointless when systems such as the MW3 provide far better coverage and speeds for barely any extra money.

The idea is that you turn off your current router’s Wi-Fi, hook up the MW3 (either the two- or three-pack) which wirelessly link together to provide wider, more reliable Wi-Fi coverage than you’d typically get from just a single router, even the latest 802.11ac models.

However, many mesh kits are quite expensive, and are often aimed at massive homes, rather than the more modest domiciles that most of us live in.

Tenda’s Nova MW6 could be considered expensive, though it’s still one of the more affordable mesh kits that we’ve come across, costing around £150/$150 for a kit with three identical routers, but Tenda has gone even further with the Nova MW3, producing the most affordable two-piece and three-piece mesh networking kits that we’ve seen so far.

The MW3 looks very much like the smaller brother/sister of the MW6, with a similar cubic design moulded out of pristine white plastic.

The MW3 routers are slightly smaller – just 90mm on each side – and have softer, rounded edges that are easy on the eye if you want to sit the router on a shelf or window ledge.

But, as with the MW6, the build quality does seem a bit cheap and cheerful, with the lightweight plastic feeling fairly flimsy, so you should probably keep the MW3 out of reach of young hands that might mistake them for big Lego bricks.

The low cost inevitably means that the MW3 routers also have a fairly modest specification, providing dual-band 802.11ac Wi-Fi on the 2.4GHz and 5GHz bands, with a maximum speed of 1200Mb/s (theoretically).

That’s modest compared to more expensive rivals, such as the Netgear Orbi or Linksys Velop, but should still be more than adequate for people who just want to browse the web and stream Stranger Things on Netflix.

There’s not much in the way of extras, either. The MW3 can’t even stretch to Gigabit Ethernet, with just a pair of 10/100 Ethernet ports on each router/node. If you’re lucky enough to have fibre broadband running at gigabit speeds then you might benefit from a more expensive mesh system, but the MW3 is perfectly capable of handling the sluggish BT broadband available here in the rural wasteland known as ‘East London’.

You should also remember that – like most mesh devices – the MW3 doesn’t include a modem, so one of those Ethernet ports will be needed in order to connect the first router (the ‘primary node’) to your existing broadband modem or router. There’s no USB port for connecting and sharing a printer or USB hard drive either, although that’s an acceptable compromise given the extremely low price of the MW3.

The MW3 might be inexpensive compared to rivals, but Tenda gets all the basics right. The Tenda Wifi app guides you through the installation process for the first router (the primary node), and then prompts you to change the default name and password for the new network in order to tighten up security.

Setting up other routers – secondary nodes – is even more straightforward, as you simply plug them into mains power and the app automatically detects them for you and connects them to the primary node.

The app also provides some useful options, such as the ability to create a guest network, or set up parental controls that restrict Internet access for certain devices at specific times.

Tenda pays good attention to detail too, with options such as the ability to set a time-limit on your guest network – it can run all the time if required, or you can set it to shut down after four or eight hours. It even has a ‘bridge’ option, which allows devices – such as a NAS drive that I have connected to my old BT router – to be shared on the new MW3 network as well.

The only drawback here is that bridge mode disables some other features – including the guest network – but we’ve seen that limitation on more expensive mesh devices as well.

With its primary node connected to my old BT router, the MW3 network managed an average speed of around 360Mb/s when connecting to nearby devices in the same room. That’s slower than the 420Mb/s we recorded with the original MW6, but it’s great for general day-to-day internet use, and hard to fault at this price.

And, of course, mesh Wi-Fi systems aren’t only about speed, as their primary aim is to extend the reach and reliability of your wifi network. So the real test was to see how it coped in my back office – where the signal from the BT router is so erratic that I normally rely on a powerline adapter to provide an Ethernet connection for my office computer.

I was pleased to see that the MW3 managed to hit the same consistent speed of 100Mb/s in the office as the more expensive MW6. And, given that the MW3 network covers a wider area and more devices than my powerline adapters, it’s certainly a cost-effective alternative which delivers faster speeds at distance than you can usually expect from powerline tech.

And watch out for sales, as prices can drop even more. We spotted the three-pack for sale at Currys PC World for just £59.99.

That two-piece kit is designed to cover an area of up to 200m2 (roughly 2100 square feet), which should be fine for most small and medium size UK homes. If you do need wider coverage for a larger home – or perhaps for a home spread across two or three floors – then there’s a three-piece kit that is suitable for areas up to 300m2 (3200 square feet) for a still very competitive price of just £99.99.

Tenda told us that the prices were designed so the MW3 could compete with ‘older technology’, such as low-cost powerline adaptors that can extend your network connection to individual rooms via your mains electrical wiring.

For smaller homes – which is a ‘normal’ home here in the UK – the MW3 is perfect for getting that all-important Wi-Fi signal to cover your whole home – and probably your garden too. At this price, there’s no reason to consider traditional boosters, repeaters or even powerline networking, unless you need coverage in a home office at the bottom of a long garden.