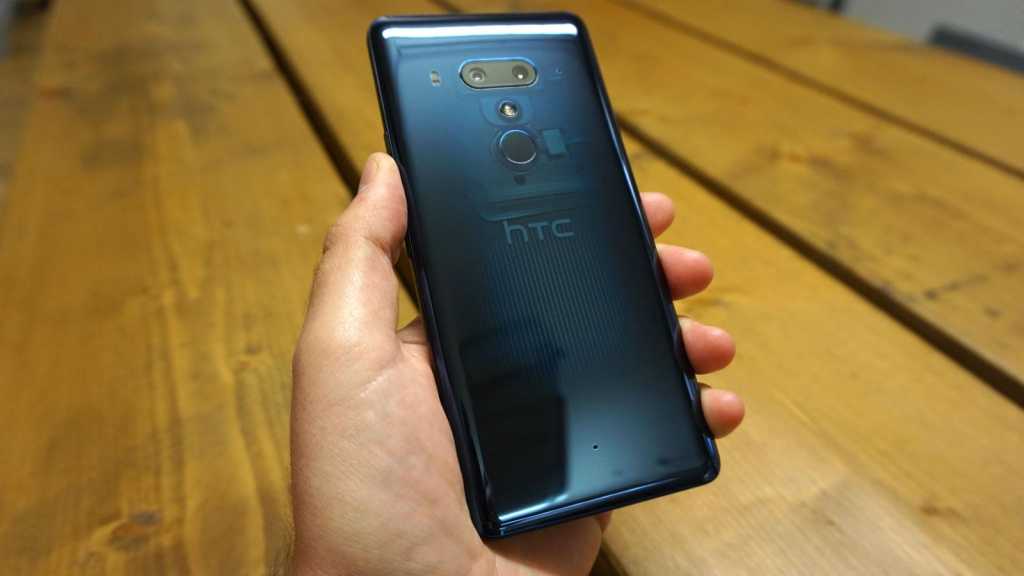 With the same price and similarly high-end specs, much of this choice will come down to whether you want iOS or Android. On the iPhone 8 side is a compact and lightweight design. The smaller screen might be a better thing for some and it also has wireless charging. If you don’t mind a more bulky handset, the HTC U12 Plus offers a bigger screen, a microSD card slot, a slightly higher waterproof rating and four cameras. Edge Sense 2 might be a good or a bad thing.

The iPhone 8 is yet another solid smartphone from Apple and there’s another challenger from the Android world wanting to take it out. Step in, the HTC U12 Plus with Edge Sense 2 and no less than four cameras. Can it win?

HTC U12 Plus vs iPhone 8: Price and availability

Splashing out on a flagship phone isn’t cheap and the easiest way for us to compare the two is by the RRP if you were to buy it outright.

There’s a 128GB model of the HTC U12 Plus but the model up for pre-order on the official site is the regular 64GB.

HTC U12 Plus vs iPhone 8: Design and build

A glass rear cover is almost standard for flagship phones now and that’s what you get here, although only the iPhone 8 utilises this full for wireless charging.

Each phone has waterproofing and although the U12 Plus is slightly higher at IP68 against IP67, this doesn’t make a big difference in real life. You can just submerge it in slightly deeper water at 1.5- rather than 1m.

Neither phone has a headphone jack, but the iPhone 8 has the advantage of being a lot smaller and lighter (7.3mm, 148g) than the HTC. That’s if you don’t mind having things like a smaller screen.

The HTC U12 Plus might be bigger and heavier (8.7mm, 188g) but does look more modern with much smaller bezels and a rear fingerprint scanner. We really like the transparent model, too.

One thing to point out is that the U12 Plus doesn’t have traditional push buttons. Instead, the power and volume keys use Edge Sense 2 force feedback which is sort of cool but also weird and won’t be to everyone’s taste.

HTC U12 Plus vs iPhone 8: Specs and features

Of course, one of the biggest differences here is that one phone runs Android while the other is iOS. There’s a lot to debate about this, but much of it comes down to personal preference and things like how much time and money you’ve already invested into one or the other.

If you’re thinking about switching from one OS to the other, our best advice is to try the other out before buying. Find a friend or someone who will let you have a play.

If the decision isn’t made for you based on the software, then here are the key hardware differences.

The screen is a huge factor here as some may be looking for a small and simple display like the one on the iPhone 8. Bigger screens might show more but they’re harder to use, especially when you have small hands.

On the flip side, the HTC’s large 6in high-res screen is appealing to those wanting as much display as possible.

You’ll notice on the spec sheet below that the iPhone 8 only has 2GB of RAM compared to the U12’s 6GB. It’s a big difference but Apple has created iOS to require a lot less and you’ll find similar performance on each device so look elsewhere for deal-breakers.

This might come in the form of camera tech, which is important to almost every smartphone buyer.

The iPhone has always been a solid choice for photography and video but the HTC U12+ represents some real competition.

The pair are pretty even on video with 4K at up to 60fps and 240p slow motion, but HTC offers HDR capture. It also has dual 8Mp front cameras, again for portrait shots.

Double the amount of lenses isn’t an automatic win, but although we haven’t fully tested the U12 yet, the DXO Mobile score of 102 suggests that the phone does outpace the iPhone 8 at 92.

Here’s a full specs comparison table for the HTC U12 Plus vs the iPhone 8: