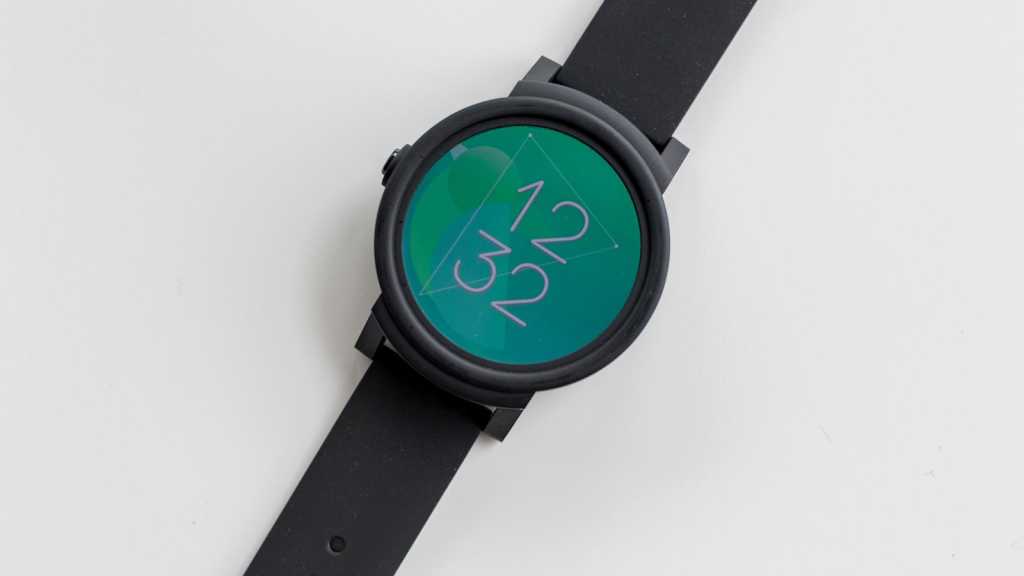 The Ticwatch E is a fairly basic Wear OS smartwatch, but including both a heart-rate monitor and GPS at such a low price makes this one of the most affordable smartwatches around that can also serve as a fitness tracker. Disappointing battery life and some patchy performance with an iPhone are our only real criticisms of the Ticwatch E, which otherwise offers a lot to like at its price.

The Ticwatch Express – or Ticwatch E for short – is a lightweight, budget-friendly Wear OS smartwatch that offers a solid feature set – including GPS and heart rate monitoring – at one of the most competitive prices around.

Manufacturer Mobvoi also sells a second, similar model, the Ticwatch Sport, which we’ve also reviewed. The Sport costs a little more, but boasts a bezelled face and GPS that’s integrated into the strap for more accuracy – read our Ticwatch S review if you think that model sounds more up your street.

The Ticwatch E boasts a simple, chunky build that’s a far cry from the slick finish of an Apple Watch, but is actually fairly attractive in its simplicity.

The 1.4in round watch face is flanked by a single side button, and our black model comes with a matt polycarbonate finish that feels sturdy and robust.

The face is built out of scratch-resistant glass, while the watch as a whole has an IP67 dust and water resistance rating, which means it should be able to handle getting wet, but isn’t intended to be fully submerged – Mobvoi warns that it’s not intended for either the shower or swimming.

The included silicon strap matches the matt finish of the main body, and is soft-touch and comfortable to wear. It’s also removable, using a standard watch pin, so you can replace it with just about any watch strap you might want.

Our review unit is the black model (also dubbed ‘Shadow’), but you can also get it in white (‘Ice’) and yellow (‘Lemon’) – those other two colours have a transparent, glossier finish around the body of the watch itself.

So enough about how it looks: what keeps the Ticwatch E ticking?

The smartwatch is powered by a 1.2GHz dual-core MTK MT2601, along with 512MB of RAM. Those are just specs though – in usage the Ticwatch is pretty nippy with smooth scrolling through the various menus, and mostly seamless app switching.

It runs Google’s rebranded Wear OS (previously Android Wear), which has come a long way in the last few years, and now offers a user interface to rival Apple’s watchOS, with simple navigation and integration with most of the core smartphone apps: music, email, texts and WhatsApp, and built-in Google Assistant.

By default there’s a simple always-on watch face to display the time, and either shaking or tapping the watch (or just pressing the button) will bring it fully to life. You can however turn off the always-on display, which will help save battery.

As a Wear OS device, it’s undoubtedly best suited to people who own an Android phone (running version 4.3 or above), which will offer the most compatible apps and smoothest performance.

The watch is officially compatible with iPhones running iOS 8 or above, but we wouldn’t recommend it: in attempting to pair it with an iPhone X we can intermittent connectivity issues which sometimes left it completely unable to pair – all of which disappeared as soon as we linked it up to a Pixel 2 XL running Android.

In terms of trackers, the big ones here are GPS and a heart-rate monitor, which mean the Ticwatch E will do a decent job as a fitness tracker – despite the existence of the more sport-focussed Ticwatch S.

In our testing both worked well, though don’t expect pinpoint accuracy from the GPS – it’s more than enough for rough tracking, but won’t always get your run distances exactly right. Remember as well that it’s not fully waterproof, so you won’t be able to use it to track any swimming.

Mobvoi claims that the Ticwatch E offers a two-day battery life from its 300mAh battery, but in our testing we found that the default settings – which include GPS and the always-on display – drained the watch after a day and a half or so, so expect to top it up regularly unless you don’t mind ditching a few features to save the battery.

It charges by a small 4-pin plug, which in turn connects to a USB port – so you’ll have to connect it to either a computer or a USB mains charger whenever you want to top it up.