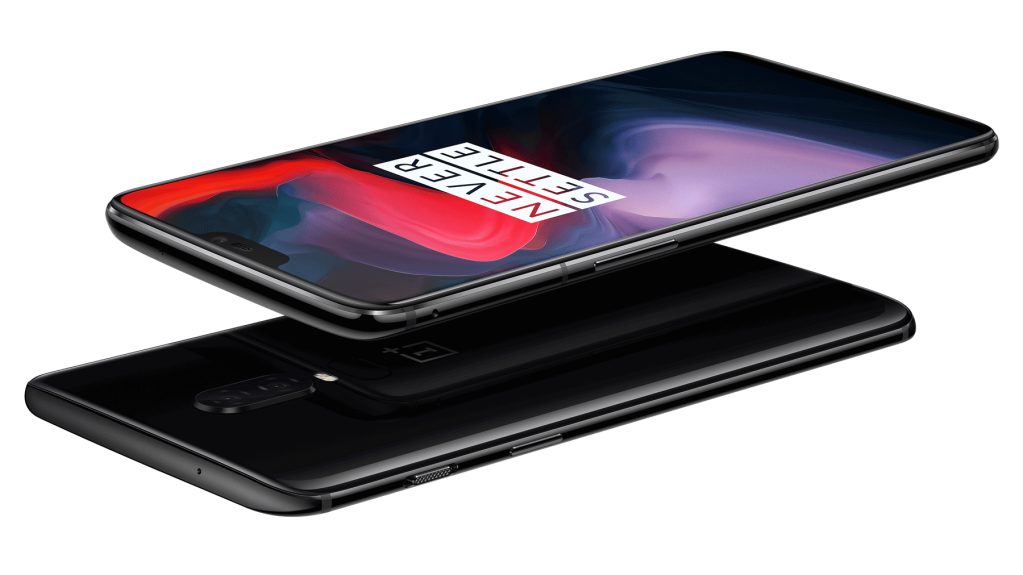 The OnePlus 6 is a solid upgrade to the OnePlus 5T. Its Snapdragon 845 processor, improved cameras, and increased storage capacity option all make it a tempting device even for those who already have the OnePlus 5T. Yes, the price has crept up, but when you compare what you’re getting in the OnePlus 6 to some of the premium handsets that cost £300 or £400 more, it remains a fantastic bargain. If you see a OnePlus 5T going cheap, then its certainly worth consideration, but we’d say stretching to the new model is the way to go.

OnePlus has returned with its latest flagship phone, the OnePlus 6. But, how does it compare to its predecessor the OnePlus 5T? We put them head to head.

The OnePlus 6 went on general release on 22 May 2018, with a selection of models that combine different configurations of RAM and storage.

You can order an unlocked OnePlus 6 directly from OnePlus or on a contract from O2, which has an exclusive UK deal for the phone.

You can also read our where to buy the OnePlus 6 guide to keep abreast of the best current deals.

As is usually the case with OnePlus models, the superseded OnePlus 5T has now been discontinued and is out of stock at the manufacturer.

At the time of writing O2 in the UK was still offering the device on a tariff, and there are various sellers on Amazon still carrying the OnePlus 5T if you look around.

With the arrival of the OnePlus 6 the company has adopted the current trend in 2018 for glass backs. This makes the new model slightly heavier than the OnePlus 5T which featured an all-metal chassis, but in most other respects the shape and feel of the devices remain similar.

This means that both are tall and reasonably slim, but the OnePlus 6 squeezes a 6.28in panel into its frame, which is a step up from the 6.01in display found in the OnePlus 5T.

Achieving this leaves very little room for bezels and does introduce the ‘notch’ design that made it’s debut on the iPhone X. Love it or hate it, the idea seems here to stay for the time being.

Aside from that there are only a few external tweaks. The dual-camera unit has moved from the upper corner to the centre, and the fingerprint sensor on the OnePlus 6 is more of an oval than the circular surface found on the 5T.

Both retain headphone jacks (hurrah!) and the paltry single speakers (bah!). An IP waterproof rating eludes either handset, although OnePlus states that the newer model should survive day-to-day exposure to water (such as being out in the rain).

Dash charging remains, with still one of the fastest recharging times we’ve seen, but strangely OnePlus left out wireless charging even though the OnePlus 6 has a glass back.

OnePlus has taken the decision that a 1080p AMOLED display is the optimum balance between affordability and performance. We have to say that it could well be right, as the OnePlus 6 zips around in an impressive fashion while still rendering crisp and colourful images.

It’s very similar to the panel on the 5T, with only the increased size and notch giving away which is which.

True, if you compare them directly to an iPhone X or Samsung Galaxy S9 then you’ll notice a superior level of clarity, but the OnePlus displays are perfectly good for the majority of us, and those other phones cost considerably more.

So, that notch. It’s a housing for the facial recognition camera, as on the iPhone X, and is actually a bit smaller than on the Apple device. Android developers have now had a bit of time to optimise their apps around the notch designs that have appeared on everything from the Huawei P20 to the LG G7 ThinQ.

This means information on the screen places itself on either side of the notch without issue. Should you find the intrusion too much though there is a setting in the software that places black bands on either flank, thus returning you to the classic, clean line at the top of the display.

OnePlus has made its name on offering high-end specs for mid-range prices, and the new model continues this proud, and welcome, tradition.

The latest Qualcomm Snapdragon 845 is the major difference between the devices, as the 5T comes with the previous generation 835.

Other than that things are mainly the same, with 6GB or 8GB of RAM available paired with, respectively, 64GB or 128GB of storage. The top model of the OnePlus 6 does extend this to 256GB, and this might be important for those who like to keep everything on their handset, as neither device comes with support for microSD cards.

Both are fast and fluid to use, with those specs ensuring that this should remain the case for at least a year or two.

Here’s a detailed breakdown of the technical specifications;

Optics have been something of an Achille’s heel for OnePlus in the past. None of the previous models, the 5T included, have really set the world on fire with their photographic results. They’ve been OK, just not brilliant.

The 5T combined a 16Mp and 20Mp rear camera, both with f/1.7 apertures. The latter was employed for portrait shots where a bokeh (blurred background) effect was created. The dual-lens could capture some decent images, but did struggle working out where the edges of subjects were.

With the OnePlus 6 things are a bit different. There’s still the 16Mp and 20Mp configuration, both with f/1.7 apertures, but an important addition is Optical Image Stabilisation (OIS) on the main 16Mp shooter.

This makes video very smooth, which is a good things as the OnePlus 6  captures 4K@60fps and the results can be excellent, especially if you use the Slo-Mo mode.

Stills are also improved, aided by the increased light capacity of the 16Mp sensor, and while it won’t trouble the likes of the Pixel 2 XL or Samsung S9, OnePlus has definitely upped its game this time around.

One of the strongest draw for many to the OnePlus brand is the near-stock Android experience. The company does use its own OxygenOS skin, but it is minimal in style and impact on performance.

If you’re looking for a clean, simple interface that’s pretty much as Google intended, then either of these phones will fit that bill.

Android 8.1 Oreo is the version running on both devices, but the soon to arrive Android 9 should make an appearance on the OnePlus 5T and 6 shortly after its release. Oreo actually arrived for the OnePlus 3 and 3T before the 5, so the 5T could luck out in this regard.

One new feature included in the OnePlus 6 is gesture controls akin to that on the iPhone X. They are entirely optional and can be disabled in the settings, which is what we think most people will do. But you can also turn them on on the 5T.