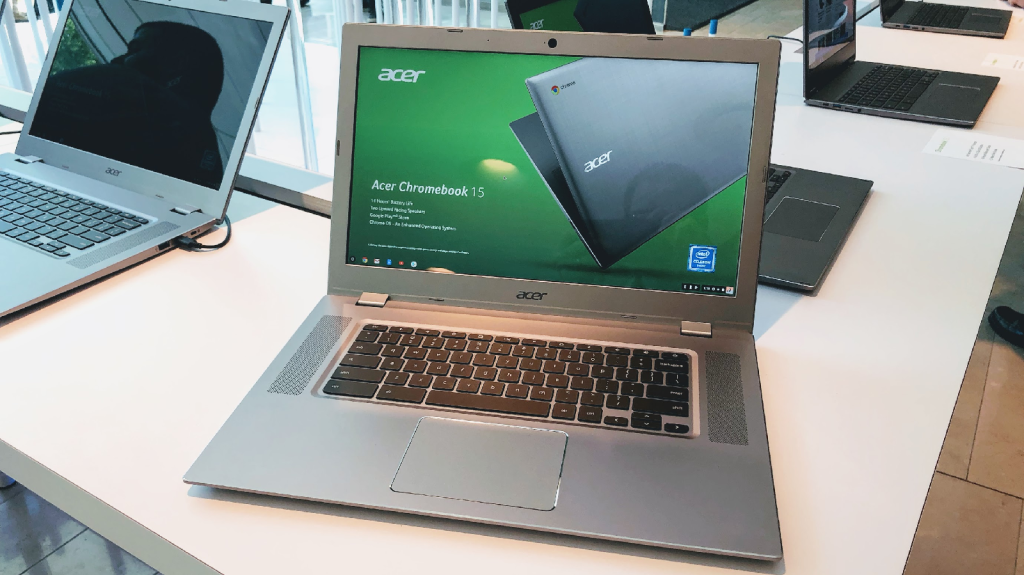 For undemanding users, the Chromebook 15 looks to be a decent budget laptop. It offers a larger-than-usual screen with a sensible resolution and there’s a touchscreen model if you’re willing to pay extra. If it lives up to the 14-hour battery life claims, then it’ll be a very tempting proposition for some people that would otherwise have to put with with less than half that from a similarly priced Windows laptop. However, do bear in mind that you can’t run Windows apps on a Chromebook and a £399/US$349 Windows laptop will have a more powerful processor and a much wider choice of software.

Although there’s been plenty of talk of new Chromebooks recently, few have reached shelves – in the UK at least – which has meant your choice has been somewhat limited to older models.

Acer, though, has released a fairly steady stream of Chromebooks over the last few years and has two new ones for 2018, the Chromebook Spin 15 and the more budget-friendly Chromebook 15 which we’re looking at here.

There are lots of affordable 15in laptops, but if you want something with decent performance you’ve either got to increase your budget or go for a Chromebook, but 15.6in models have been thin on the ground. This isn’t Acer’s first Chromebook 15, but it is a step up in quality and a step forward in connectivity and performance.

The main difference between the two is that the Spin has a touchscreen and a 360-degree hinge so works just like a convertible laptop.

For alternatives, see the best Chromebooks to buy.

It seems you don’t get stunning build quality at this price, even if you’re buying a Chromebook. The lid flexes a little and the overall impression is a far cry from the latest thin-bezel laptops which, admittedly, tend to cost upwards of £1000. 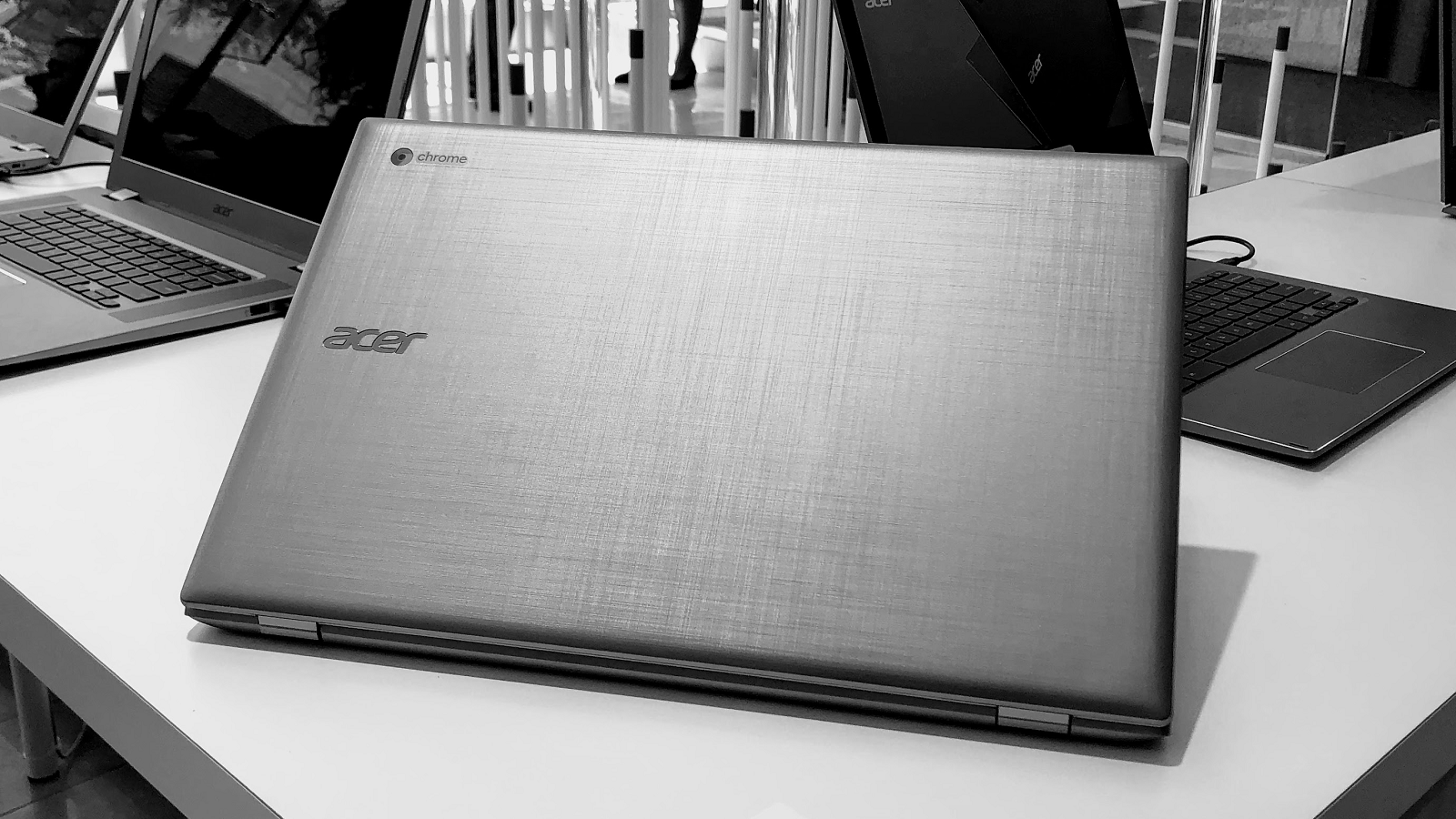 This is despite an upgrade from plastic to an aluminium deck and lid. Underneath, though, you won’t find metal: there’s soft-touch plastic.

Usability is hampered by the fact that the base lifts up when you open the lid, but it’s a fairly minor quibble.

The feeling of cheapness is only exacerbated with the lid open as there are wide bezels around the screen and keyboard. Either side of the keyboard are two speaker grilles, and the stereo speakers do sound good. They’re pointing the right way for a start, and they’re decently loud. 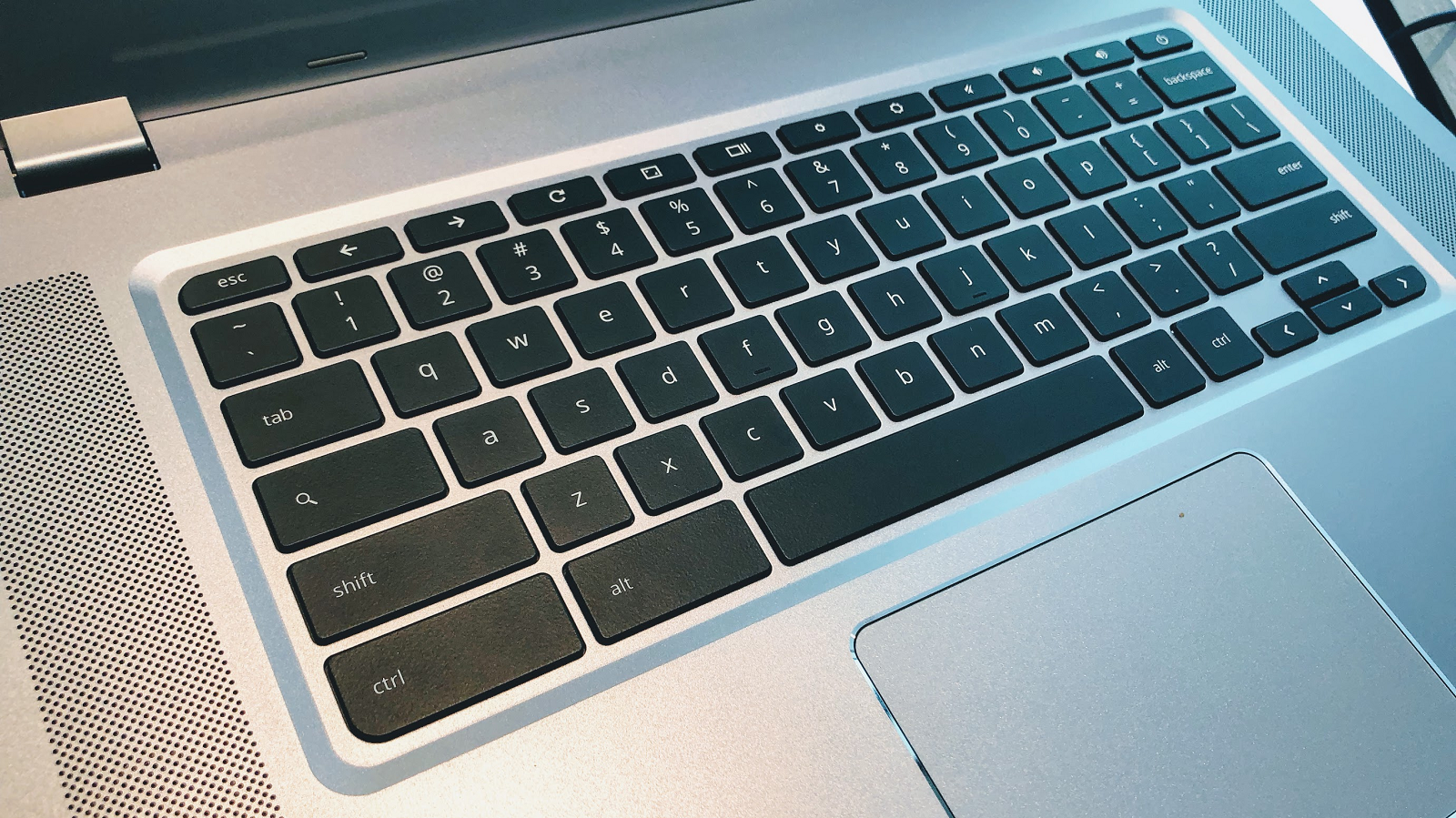 Chromebook keyboards are simpler than most laptops, and it’s no exception here. However, don’t expect a crisp, firm action. That feeling of cheapness once again rears its head with a slightly spongy sensation.

The touchpad isn’t glass, but so long as you can live with using it for basic cursor movement and not a whole load of gestures, it’ll do the job.

At 1.8kg the Chromebook 15 isn’t quite featherweight but it won’t weigh you down as much as many Windows laptops around the same price.

Plus, Acer says the battery will last up to 14 hours, which budget Windows machines can only dream of: most won’t even get you through a working day.

There are modern aspects to the 2018 Chromebook 15. Most noticeable is the USB-C port on either side. There’s also a USB 3 port on both sides, too, and a useful microSD card slot and standard headphone jack on the left. 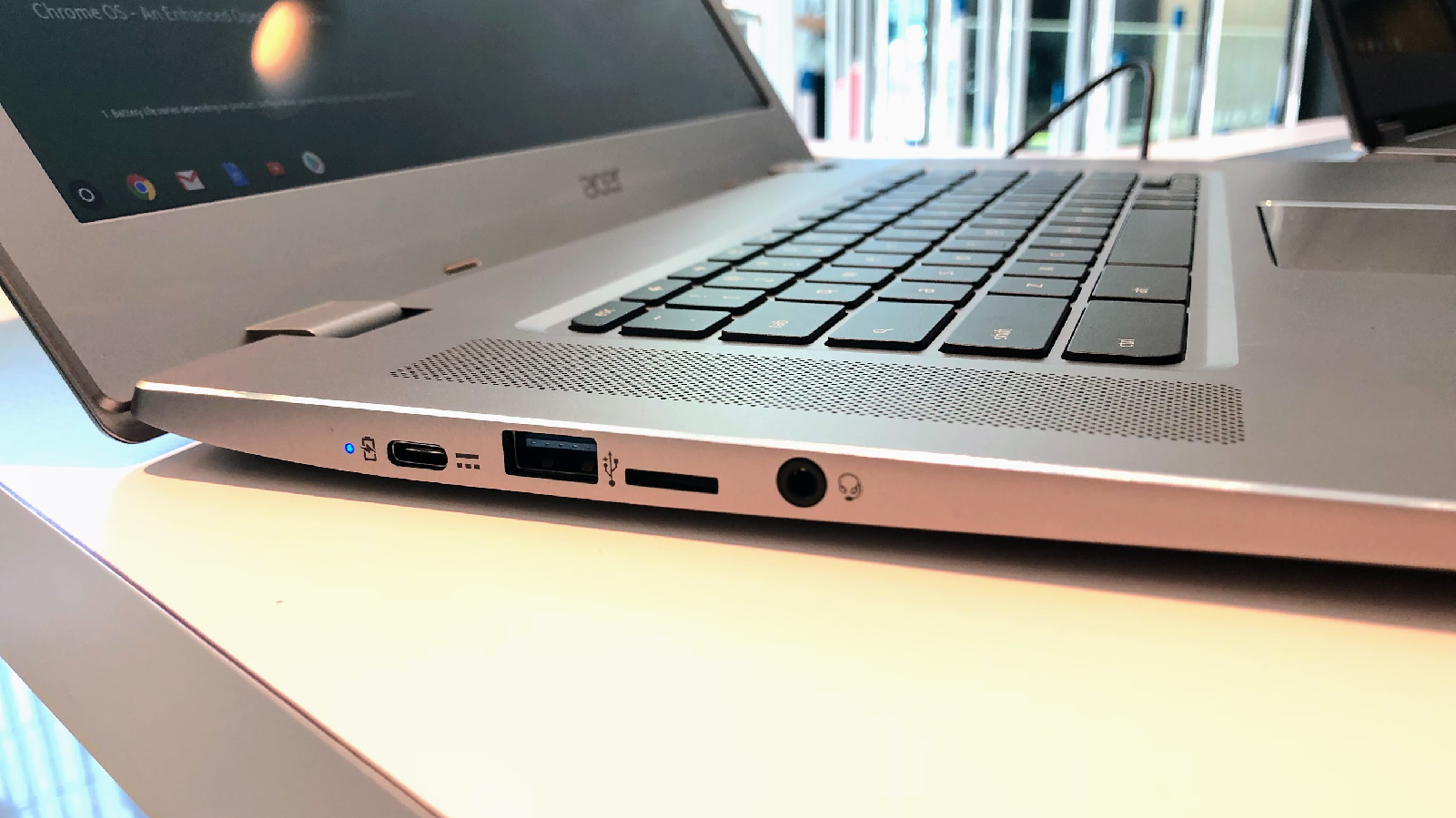 Importantly you’ll be able to have up to 8GB of RAM, and that is going to come in mighty useful when you’ve got 20+ tabs open in the Chrome browser. Which is really the only app you’ll use, let’s face it.

Android apps make a lot more sense on the Chromebook Spin 15, but you might still find the touchscreen version of the standard Chromebook 15 useful. We wouldn’t recommend many of them on the non-touch model for obvious reasons.

Android apps on Chrome OS still feel very much in their infancy and don’t yet have a fully integrated feel. Not all Android apps require a touch screen: you can run Facebook Messenger or Twitter perfectly happily on the non-touch model.

Like the Spin 15, the standard Chromebook 15 has a 1920×1080 resolution and it looks sharp enough – just. It’s not the brightest around, neither does it assault your eyeballs with saturated colours, but this is a cheap laptop, after all. 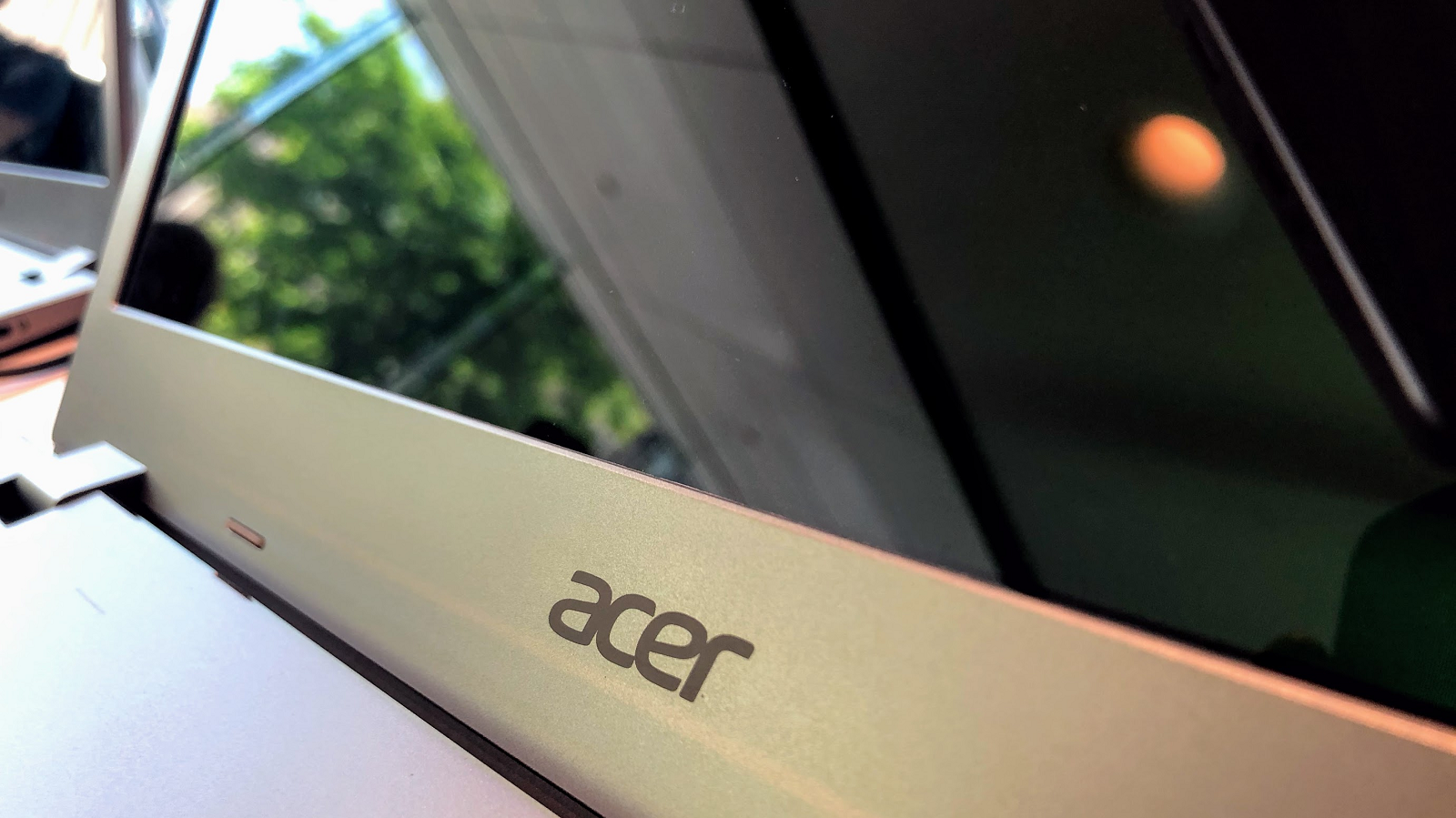 The glossy finish isn’t hugely welcome as the lack of brightness means reflections tend to dominate whenever light hits the screen.