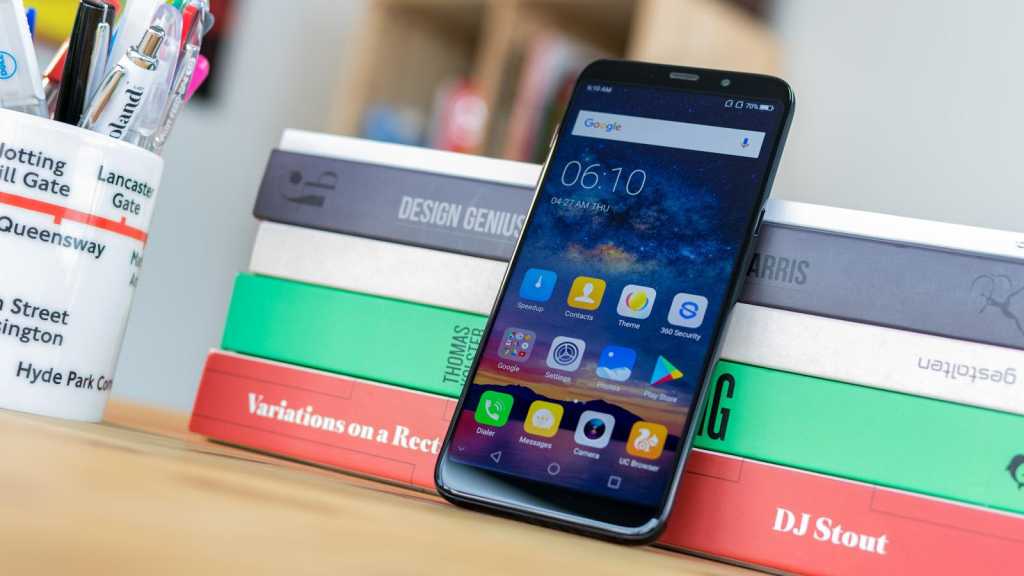 At £134.99/$179.99/€153.76 from GearBest the Bluboo S8+ sounds a great deal on paper, and it certainly looks the part. But it offers middling performance, a terrible camera and a low-res HD screen. Battery life isn’t as good as we had hoped for either. You will find more for your money.

The S8 Plus is a name that should sound rather familiar, because it’s also used by Samsung for its 2017 flagship Galaxy S8 Plus. And in many ways you could argue the Bluboo looks a bit like it, with its 18:9 display and glass front and rear. That’s about where the similarities stop, because this S8 Plus is significantly cheaper – but is it still a good deal?

Bluboo is a Chinese brand, so you’ll need to import one if you wish to use it in the UK. It will work fine over here, with support for all three 4G bands used in the UK, but do note that you may be asked to pay import duty on its arrival and should factor this into the cost. This is calculated at 20 percent of the value on the shipping paperwork.

We received our review sample in ‘Deep Night Black’ from GearBest, where it’s also available in Sapphire Blue and Mirror Silver. Prices can fluctuate at GearBest, but at the time of writing it costs £134.99/$179.99/€153.76.

That’s a pretty good price for a 6in-screen phone with 4GB of RAM and 64GB storage, but see what else you could get for your money in our best budget Chinese phones round-up.

We noted that the Bluboo S8+ looks a little like the Galaxy S8+ with its glass design and 18:9 display. It also has a dual-camera at the rear, but here you’ll find a vertical arrangement with the fingerprint scanner below – much more like the Note 8 in design.

This is a useful position for the fingerprint scanner, and in easy reach of your index finger without needing to stretch. The scanner also works very well, and is fast and responsive. Our only slight concern is it’s a little too close to the camera, which might lead you to accidentally smudge the lens.

Fingerprints are something you need to consider with this device due to the glass rear, but on our black review sample they weren’t too bad.

To one side of the dual-lens camera is a dual-LED flash, and to the other is a small logo that states the obvious: ‘Camera Dual’. We guess Bluboo has added this to keep things symmetrical, but we’d be concerned if we weren’t able to spot the second lens without it and think the design would be cleaner without.

It’s a bit of a shame because in other respects the Bluboo has a nice design, and it certainly looks more premium than the price you’re paying. This impression comes largely from the display. Though it’s only an HD panel (we’ll talk more about the screen specs later), it adopts the trendy new 18:9 aspect ratio.

This isn’t just a popular trend in smartphones, though, it’s also useful. With screens getting larger with each new generation – here a mighty 6in that will suit those looking for a phone on which to enjoy multimedia or simply larger text – the taller aspect ratio allows them to do so without becoming any wider, and therefore less comfortable to hold in the hand.

The Bluboo S8+ is a large phone, but without this aspect ratio it could have been an unmanageable device – certainly in a single hand. As it is the side bezels are incredibly slim, and with onscreen navigation buttons the company has also managed to keep the top bezel and chin relatively small. This results in a handset that measures 156x72mm.

The Bluboo is on the chunky side for a modern smartphone at 9mm, and it’s also a hefty 202g. This can largely be accounted for by the 3600mAh battery inside.

Other things Bluboo has done to help accommodate the S8+’s large body is to curve the edges at the front and rear, making it feel smaller in the hand, include a ‘Quick Ball’ software feature, and replace the volume rocker with separate volume up- and down buttons. These are rather unusually on the left side of the handset, which will be a problem only if you’re using a wallet-style case (a silicon cover is provided in the box).

Something you won’t find anywhere here is a audio jack, with the S8+ instead relying on its mono speaker and USB-C 2.0 port for connecting earphones. Helpfully Bluboo has included two adaptors in the box, so even if you lose one you’re still covered. There are also two USB charging cables – a nice touch.

The 6in display is usefully large, and as we’ve mentioned we like its tall 18:9 aspect ratio. It’s also surprisingly bright – we measured 525cd/m2 using a Spyder – which means it will work well even in bright sunlight.

This is a Sharp in-cell display, with vibrant colours, good contrast and very decent viewing angles. We also like the fact Bluboo has protected it with Gorilla Glass 4, because a smartphone of this size could easily fall out your hand if you’re not careful.

But there is one specification where the company has cut costs, and this is in resolution. The S8+ has a 1440×720-pixel resolution, otherwise known as HD+. It’s very rare these days for us to test smartphones with HD displays, because even the budget models typically feature Full-HD now (the flagships, Quad-HD).

The resulting pixel density is 268ppi, which is still clear but something that could be better. Text has good clarity but there is some fuzziness to icons and images.

When you buy a phone at this price you don’t expect flagship performance. To be fair, you don’t really expect much.

In real-world testing the Bluboo’s 4GB of RAM helps it to multitask, but you still wouldn’t want to throw everything at it at once. In our benchmarks its 1.5GHz MediaTek MT6750T octa-core processor was capable of middling performance, backing up the idea that it’s suitable for day-to-day tasks but nothing too intensive.

Gaming is pretty much off-limits, at least beyond any casual titles, but it does have enough omph for video playback and multimedia.

We ran the S8+ through all our usual benchmarks. If you want a name you’re more likely to have heard of in order to compare performance it’s very much on par with the  EE Hawk and £169  Moto G6 Play.

We recorded 2492 points in Geekbench 4, and in graphic tests 25fps in GFXBench T-Rex and 13fps in Manhattan. Its JetStream JavaScript performance was similarly uninspiring at 18.7.

In terms of storage there’s a very generous 64GB internal ROM as standard, but you can also bolster this with a microSD card up to 256GB in capacity. You must choose between expandable storage and a second SIM, however, as you can’t have both using this hybrid tray.

This is an area we expected good things from the Bluboo S8+, but its heavy weight perhaps makes you think its 3600mAh battery is more capacious than it really is.

We ran Geekbench 4’s battery test with the screen set to 120cd/m2, and the Bluboo kept going 5 hours 29 mins, which is a middling score. We’d say the S8+ will easily last most users a full working day, but this test proves that heavy users might not make it that far.

When it is time to recharge you’ll find the Bluboo supports 10W fast charging. Don’t expect Quick Charge or wireless charging at this price, but you do helpfully get two charging cables in the box.

You get the basics in terms of connectivity, which means no NFC and therefore no mobile payments. Bluetooth is version 4.0, and Wi-Fi support is 802.11n. The S8+ also supports GPS and GLONASS.

Something that might attract you to the Bluboo, however, is its dual-SIM dual-standby support, with this phone capable of accepting two nano-SIM cards at once. The S8+ supports all three 4G bands used in the UK.

We don’t typically expect budget phones to come with class-leading cameras, but when there are two lens we expect a little better. In our outdoor shots much blurring and noise was visible, and in our standard low-light test scene you could barely make out what you were looking at – this is the worst camera we’ve seen in low light for some time.

It’s not all bad, though: colours are reasonable, and there are a couple of features in the camera app that might take your fancy, such as the ability to capture audio while shooting stills, to use the screen as a flashlight for selfies and apply Snapchat-style filters and stickers.

The Bluboo has a 13Mp (boosted to 16Mp using software) lens at the rear, plus a 3Mp camera that enables you to adjust the bokeh effect in real-time. In essence this simply blurs the outer edges of the shot and is adjustable on a sliding scale, but it’s not especially impressive. The front camera can also use software to boost from 5Mp to 8Mp.

Below are a selection of our test shots with Auto and HDR settings, and in low light. 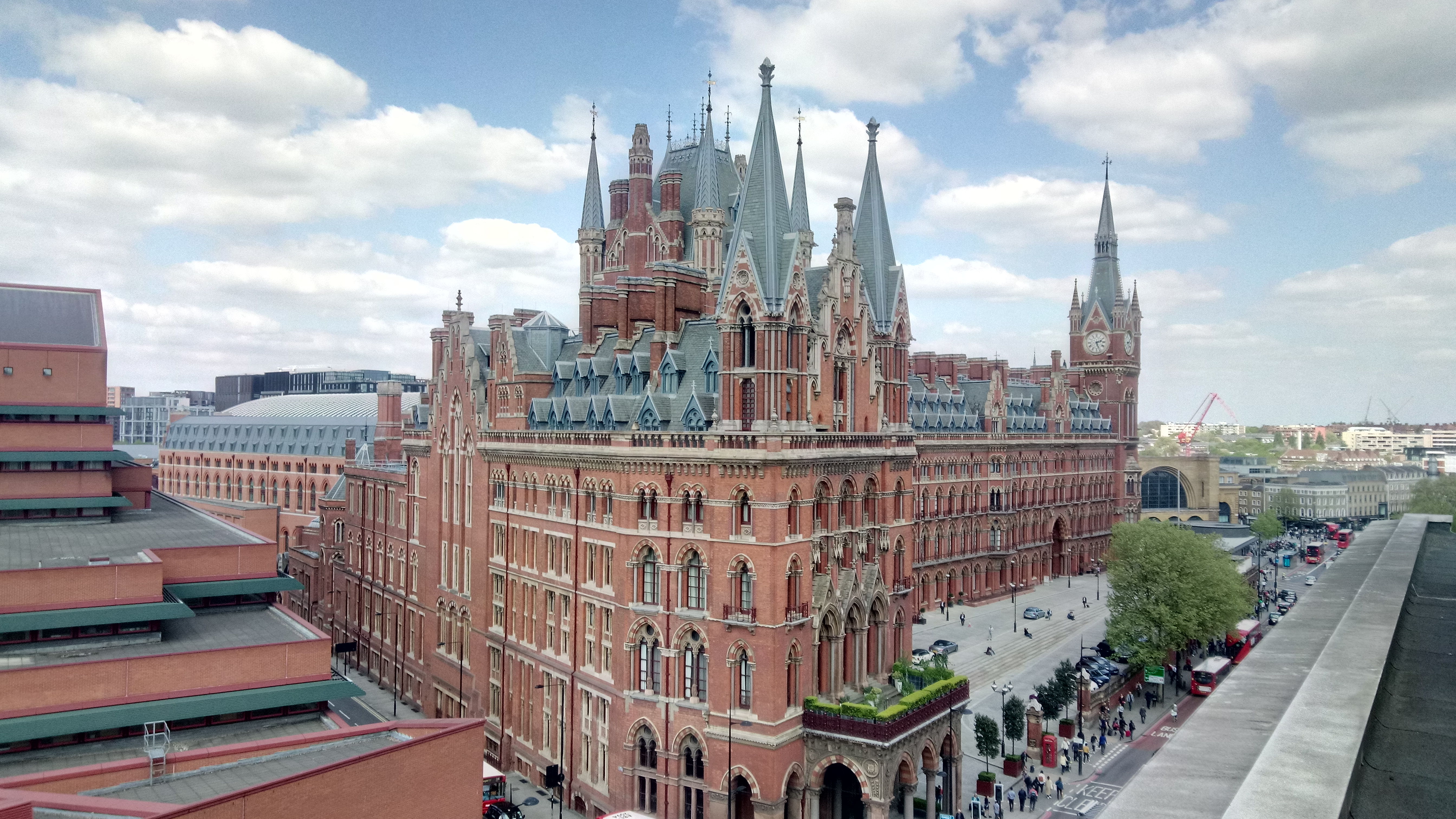 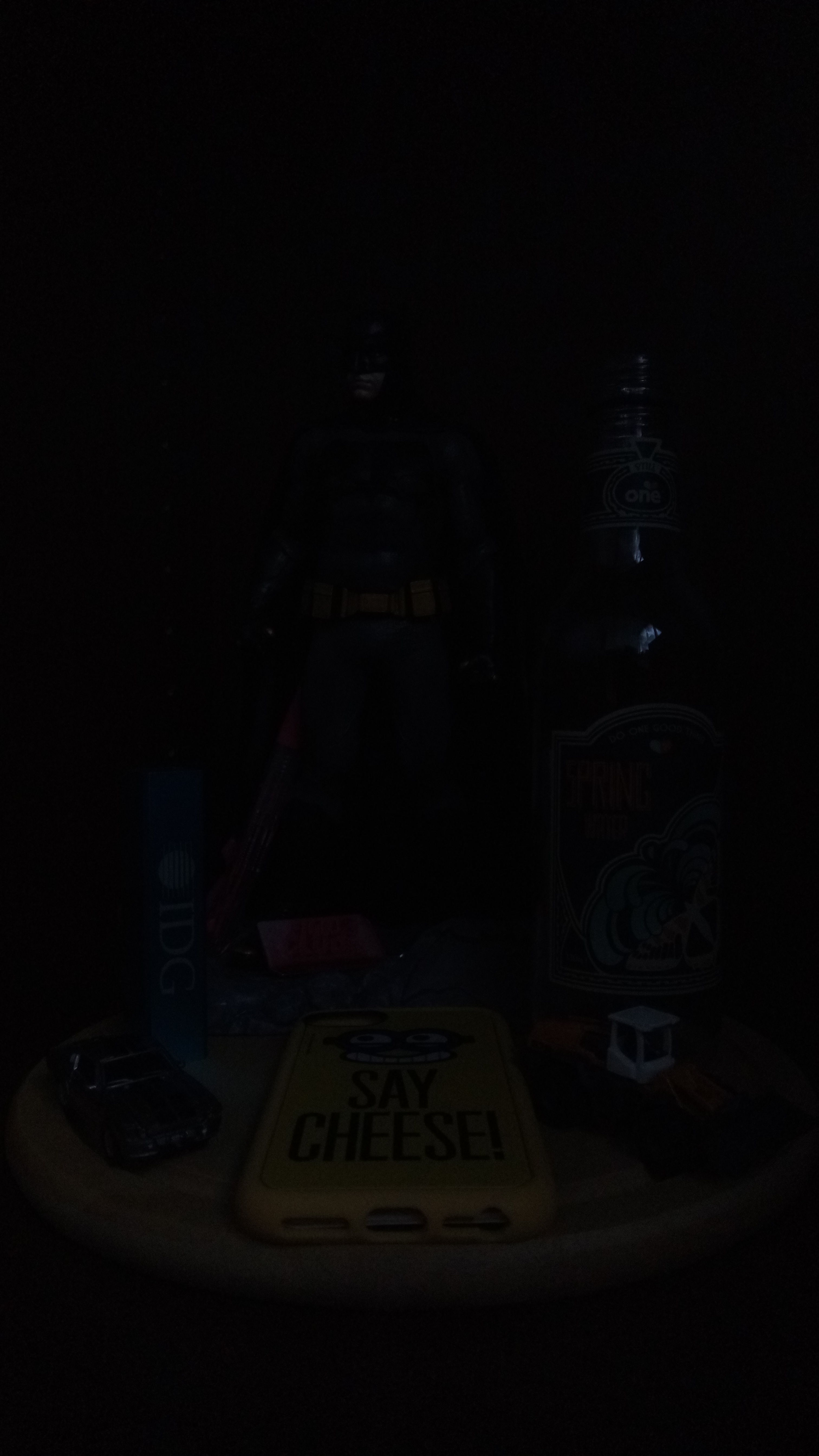 The Bluboo S8+ runs Android 7.0 Nougat with no upgrade to Oreo or the soon to be released Android P promised. It’s not an entirely standard implementation, with the 360 OS UI overlaid.

You’ll notice some design tweaks in the pull-down navigation bar, and the absence of an app tray with everything instead laid out on the home screen.

The UI also builds in its own Themes store and three key apps: 360 Security; 360 Privacy, a private space for your files and images; and Avatar Master, which lets you log into a single app using two separate user accounts.

On our review sample there was some additional apps preinstalled, including SuperAppLock, Super Share, Clone, US News, UC Browser, Freezer, 9Apps, QuickTouch and Speedup. You can uninstall some but not all of these if desired.