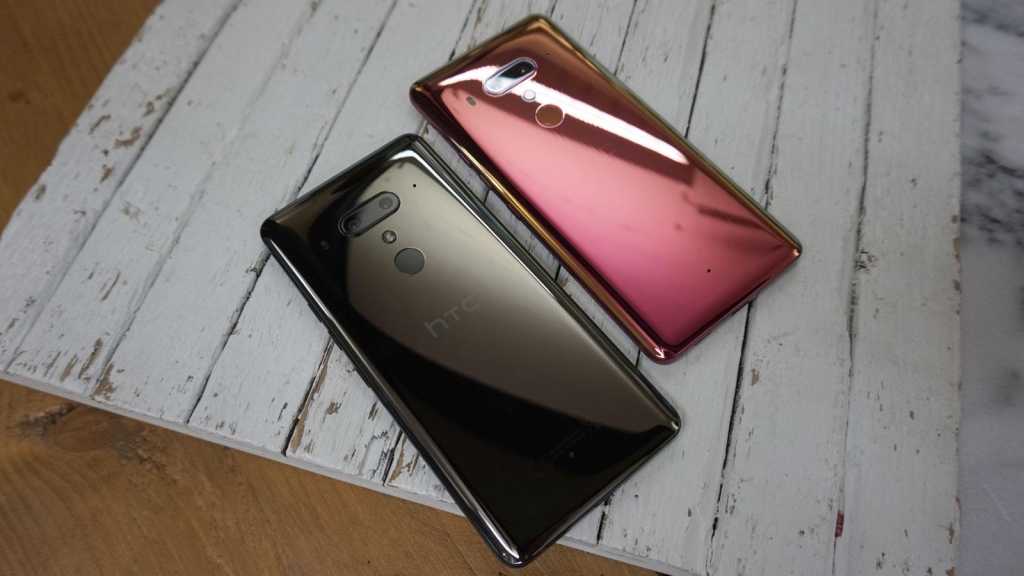 The HTC U11 remains an excellent phone even after the release of the U12 Plus. It has a great camera, brilliant design and solid performance. You can probably find it for £200 less than its RRP now, too.  But the U12 Plus is evidently a better all-round phone. It’s got four cameras, a bigger battery, bigger display and better specs. If you want to push your smartphone to the limit, the U12 Plus is a better buy, but many will find the U11 a similar and cheaper choice.

The HTC U12 Plus is a chunky, glossy but capable flagship device. With four cameras, exceptional photo and video capabilities and some innovative audio features, it is a fine choice. But is it better than 2017’s HTC U11?

The U11 was an underrated phone – aside from the amazing looking glass back it had a brilliant, Google Pixel-level camera and fast performance. But in a world of Samsung Galaxy phones, it struggled to sell.

We’re big fans of the HTC U phones, and still love the U11. Here we compare that phone to the newer U12 Plus to see which you should go for and if the U12 Plus is a decent upgrade.

HTC U12 Plus vs HTC U11: Price and availability

You might be tempted to look for the U11 cheaper, though – HTC’s official website has it for £449 at the time of writing.

HTC phones are tricky to find from mobile operators unfortunately, so we’d recommend buying direct from the company.

Although the U12 Plus continues the design ‘liquid surface’ design ethic from the U11, the two phones actually look quite different.

The U11 has a standard 5.5in 16:9 display whereas the U12 Plus has a taller 6.0in 18:9 screen. Both are LCD rather than the usually expected OLED screens on high end phones, but they are both vibrant, bright, high resolution displays that you won’t be disappointed with.

The U11’s 16:9 screen means it has larger bezels at the top and bottom of the front of the phone. These contain the camera, earpiece and a fingerprint sensor on the chin. On the U12 Plus these bezels are much slimmer but pack dual front cameras – the fingerprint sensor is on the back, though.

Because of this, the Android navigation buttons are on-screen on the U12 Plus, whereas on the U11 they are capacitive buttons lit up in the chin bezel either side of the fingerprint sensor.

You will likely prefer one of the designs. The back of each phone is impressive in the same way though, with exquisite layered glass designs that reflect and refract light in amazing ways. If the front of the phone is plain and black, then the back is one of the most attractive of any smartphone we’ve seen.

On the back of the U11 is a single camera, while the U12 Plus has two – so that’s two and four cameras respectively overall in comparison.

The side bezels of the U12 Plus are also notably slimmer, which helps you hold the taller, larger device easier in one hand. But both phones are chunkier than you might expect due to the curved glass backs and are largely two-hand affairs.

So, while the similarities are there with the colourful glass design, the phones end up looking and feeling quite different in comparison.

There’s a lot different in the specs too. Here’s a handy comparison chart:

This means the U12 Plus is the more versatile set up, with better zoom and effect capabilities. It can also record 4K video at 60fps compared with 4K at 30fps on the U11.

With two cameras on the front, the U12 Plus can also do portrait selfies – great if you’re into that sort of thing.

Both phones also have squeezable (yes, really) sides. This allows you to squeeze and launch certain customisable actions. The U12 Plus goes one further and has tap input on its edges, and also no moving buttons – the clicks are actually force feedback instead.

Perhaps more importantly, the U12 Plus has a 3500mAh battery, bigger and longer lasting than the 3000mAh cell in the U11 (though in our experience the U11 has quite decent, efficient battery life).

Both are fast charging compatible, but despite the glass back that technically allows for it, neither can be wirelessly charged. The U11 is IP67 waterproof, while the U12 Plus is IP68 (for most people there’s no difference between the two – both ratings are good).

The U11 shipped with Android 7.0 Nougat but is upgradeable to 8.0 Oreo – though this upgrade will depend on your region and operator, so you may want to check before you buy. The U12 Plus ships with Oreo out the box, and will get Android P, but we don’t know when.

HTC’s Sense overlay of stock Android is quite subtle but does change things like the common font, app icons and menu appearance. In fact, some aspects of the design haven’t changed for about four years, and while Oreo makes it look new, if you are an HTC fan it might be disappointing to see that neither phone really shakes up the look of the software.

That said, it’s a good clean version of Android that has few performance flaws. If you’re buying, then the newer U12 Plus will be supported for longer, but the U11 running Oreo in 2018 or 2019 is a perfectly good – and potentially cheaper option.