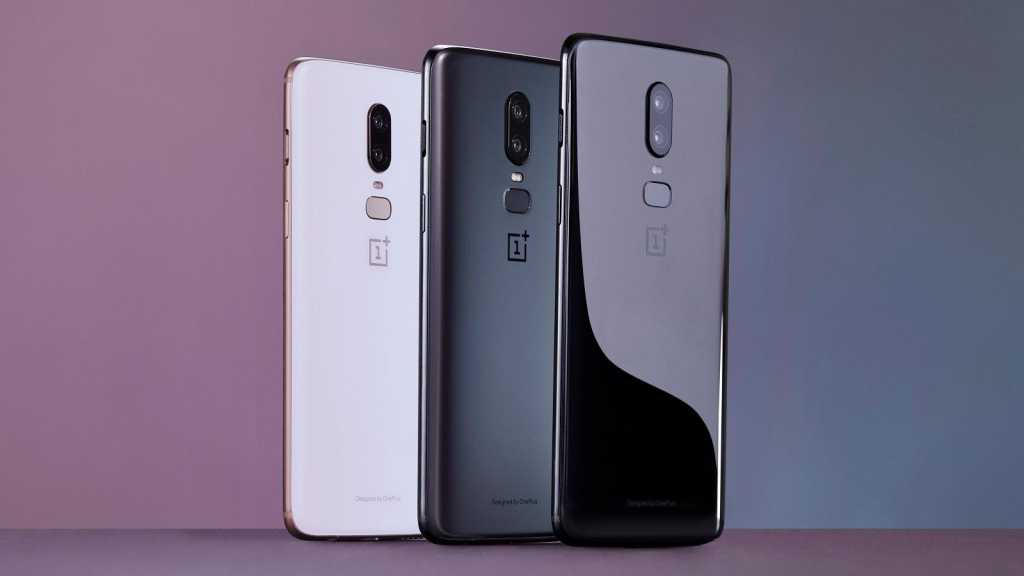 The OnePlus 6 is an extremely impressive phone. It looks beautiful, packs a hugely powerful performance punch, holds an impressive camera and comes with Android software that is very intuitive to use. All at a price point of under £500. The Pixel 2 was a solid choice when compared against some other phones but it’s higher price just can’t be justified with the release of the OnePlus 6. OnePlus have really knocked it out of the park with this one. If you think a Galaxy S9 is just a bit too much to spend on a phone, then the OnePlus 6 is currently the next obvious choice on the market.

The smartphone season of 2018 continues in earnest with the release of the OnePlus 6, which is providing some extremely impressive specs for a comparatively low entry price. This phone looks like it could be the undisputed king of the mid-range options.

We’re comparing it against the Pixel 2, which was one of the best options for budding photographers at the end of last year. With its beautifully designed software making it a dream to use it’s a serious consideration when looking at a new handset too.

Make sure you have a look at our full reviews of the OnePlus 6 and the Pixel 2.

The OnePlus 6 will set you back £469 for the 6GB/64GB model, £519 for the 8GB/64GB and £569 8GB/128GB version. While these prices are slighty more expensive than the previous OnePlus 5T, they are are substantially more affordable than other rivals like the iPhone X or Samsung Galaxy S9 that offer a similar level of hardware. The colour of your phone will denote your received specs, with a midnight black version offering 256GB of storage space.

The Pixel 2 retails at £629 for the 64GB model and £729 for the 128GB version, and comes in a variety of colours including Clearly White, Just Black and Kinda Blue.

The OnePlus 6 certainly has the edge on price here while also being the more modern phone, and so seems to offer more bang for its buck. The Pixel 2 certainly has some standout features however, so we’ll see how they compare as we move through.

The design battle is always a subjective affair but in this case we’re pretty sure the vote is going to be unanimous.

The OnePlus 6 looks great. It’s a continuation of the same design style seen in previous OnePlus models such as the 5T. The model is made entirely from glass (Gorilla 5) with a metal border around the side giving the phone a very modern look.

There are a couple of different finishes to choose from here including Midnight Black which provides that classic OnePlus look. Mirror Black gives a very professional look, and is heavily polished which adds to the glass and steel aesthetic.

The design philosophy on the Pixel 2 does leave a little more to be desired. The handset certainly looks a little dated compared too many other options on the market, and particularly against the OnePlus 6.

The bezels at the top and bottom of the phone are substantial to say the least. The pixel has a textured aluminium body on the rear, and a fingerprint sensor installed in the middle of the back.

The Pixel 2 is IP67 certified, allowing you to leave it submerged in up to 1m of fresh water for 30 minutes, should the idea tickle your fancy. Sadly the OnePlus 6 only has improved water resistance, so no IP rating, but it should still be okay if you drop it in a puddle, but no promises.

The OnePlus 6 retains the headphone jack, but the Pixel 2 doesn’t have one – so if that’s important to you, it’s certainly something to keep in mind.

The OnePlus 6 has much smaller bezels when compared to the Pixel 2, and also to its previous models. This allows for a 6.28in AMOLED screen including a notch at the top, one of the latest phone trends to arrive in 2018. The display operates at a 1080×2280 resolution due to the new 19×9 aspect ration.

The screen covers a much larger percentage of the face of the phone, making it look that much more modern and stylish when compared to the Pixel 2. The OnePlus 6 looks like a high end smartphone for a mid-range price.

The Pixel 2 holds a 5in OLED 1920×1080 display, and here we can see the bezels in full force. The screen does retain the ‘always on’ feature however, which allows you to see the time, notifications and the title of the song that is currently playing at any time.

OnePlus have always provided some very impressive specs with their phones, and the 6 is no different.

The Qualcomm Snapdragon 845 will feature on this model, and you’ll also be getting at least 6GB of memory with a maximum of 8GB. That is the same as some higher end laptops.

There is no microSD slot but you will be getting 64GB of storage as standard, with 128GB and even 256GB available. The colour of the phone will dictate the specs inside too, so do keep that in mind.

The phone benchmarked extremely well, beating out the Galaxy S9 but still falling behind the iPhone X. The tagline of ‘The Speed You Need’ while a little cheesy, couldn’t be more true. Do remember this is a sub-£500 phone that is beating top end phones on performance.

On the software side there isn’t a whole lot to say. The phone comes with the firm’s own OxygenOS which is essentially just a stock version of Android’s 8.1 Oreo. The interface has largely been left alone and thankfully there is not much bloatware either.

There is a whole lot you can do on the customisation front too, so for those that desire it there are several ways to tweak the phone to your liking.

The Pixel 2 holds the previous generation Snapdragon processor, that of the 835 which is still extremely fast, and comes with 4GB of Ram.

The phone also holds the Android 8.1 Oreo OS, and the software here is clean, very user friendly and ultra-responsive. The software was what really made this phone stand out when it launched, as it was a pure joy to use. Other phones do seem to be catching on to this trend however, with more emphasis being put on user experience generally.

The Pixel 2 does come with three years unlimited storage for original quality photos and videos through the Google cloud, which is a great feature for those who like to make the most of their camera, one of the aspects the Pixel 2 excels in.

The OnePlus 6 has a very solid camera layout considering the price point.

The dual setup of one 16Mp and one 20Mp Sony sensor have an impressive f/1.7 aperture, with the 16Mp camera bringing in optical image stabilisation (OIS) to help improve your shots.

The photo app is nice and slick to use as well, allowing you to easily switch between settings and modes.

While this won’t be the best camera on the smartphone market, it’s extremely impressive considering it’s almost half the cost of some of the higher end phones.

The Pixel 2 dodged the trend of using two cameras and opted to remain with one 12.2Mp sensor instead, with a f/1.8 aperture, being able to record UHD 4k video at 30fps on its rear facing camera.

The strength of this camera comes from the post-processing power that Google can supply. Taking a single photo will actually cause the camera to snap several images which the software will then combine to produce the final image. This method means that the image has an amazing amount of detail that really shines in a low light environment.

We’ve included a basic spec comparison here, but you’ll find more detailed specs for the OnePlus 6 under the table as well.