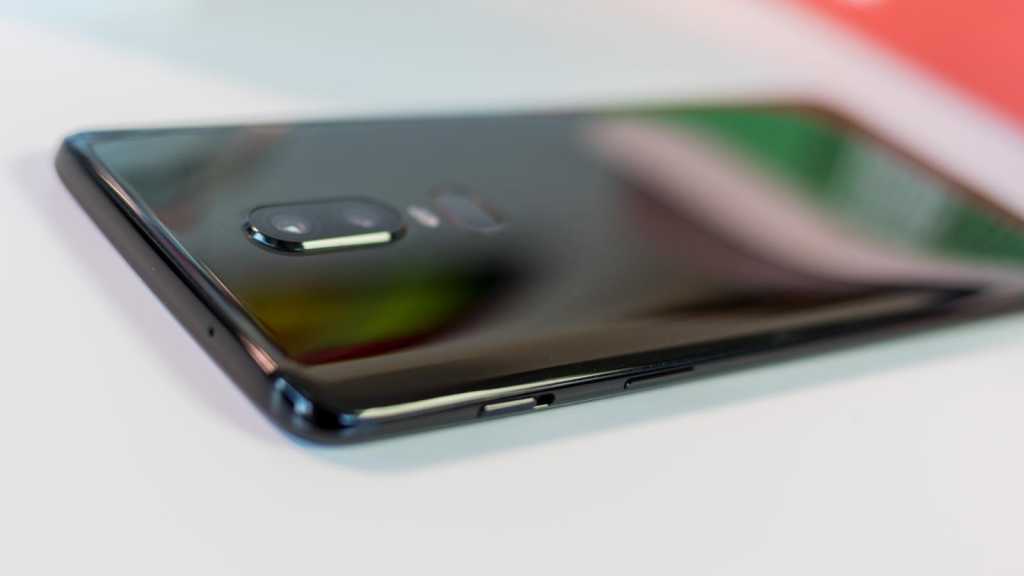 This decision could come down to which software you prefer – iOS or Android. But the iPhone X is the most desirable Apple phone yet, with its exquisite design and high end specs. The OnePlus 6 is the best OnePlus phone ever too, and finally has a premium design to match – but amazingly costs less than half an iPhone X. That seems ludicrous, and it’s an amazing deal. But if you want an iPhone, then the iPhone X is a more satisfying – if bank destroying – purchase.

The OnePlus 6 is no doubt the best OnePlus phone yet, but is it as good as the iPhone X? Both look similar but are very different under the hood.

We compare the price, specs, design and features of the OnePlus 6 to the iPhone X to see which you should buy.

How much do the OnePlus 6 and iPhone X cost?

Where else can you buy the OnePlus 6 and iPhone X?

The OnePlus 6 wins this one – for more than half the price of the iPhone X you can get the OnePlus 6 with the same amount of storage.

What are the design differences between OnePlus 6 and iPhone X?

The most obvious similarity here is the notch. The iPhone X is perhaps overly credited with introducing this contentious trend to the mass market, with many Android phones – including the OnePlus 6 – said to have copied it.

This isn’t strictly true, but on the OnePlus 6 there is a software option to hide the notch, which you can do on the iPhone X.

The notch on the iPhone is slightly larger, but to be honest we don’t mind the design on either phone.

Both phones are made of glass on the front and back. This makes them a bit more fragile than metal phones, and you might want to put a case on both. Apple in particular charges a lot of money to fix smashed glass on the iPhone X.

Both phones have vertical dual cameras on the back, with the OnePlus’ central and the iPhone’s to the left edge. Both phones have camera bumps that are about as big as each other, which is often annoying on any phone, but at least the cameras here are excellent.

The iPhone X’s display is impressive as it dips right down to the bottom of the device like no other on the market. Most Android phones with notches have large chins to house some of the internals, and while the OnePlus 6 isn’t the worst offender here, it’s there.

The glass of the OnePlus 6 comes in three different colours – a midnight black that is matte thanks to the treatment, mirror black that’s a standard fingerprint magnet and silk white, which is pearly to touch.

The iPhone X is the same glass finish whether you plump for the space grey or silver version. We are fans of the silver one as it reminds us of the original iPhone.

If you want a fingerprint sensor, you’ll have to get the OnePlus 6. The sensor on the back of the phone is really responsive, sits below the cameras, and can be used to pull down the notification shade.

No such luck on the iPhone X, though Face ID is amazingly good and a worthy replacement. It’s even secure enough to use as biometric identification for banking apps. While the OnePlus 6 has a face unlock feature, it isn’t as secure.

The metal construction of the rim on the iPhone X is more premium in feel (and price) than the OnePlus 6, but the latter really does not feel as cheap as it costs. Both are well designed phones, and the choice is yours.

How are the specs and features different on the OnePlus 6 and iPhone X?

This is where things differ. Check out the specs compared:

Pretty similar is the iPhone X with 3GB RAM, 64 or 256GB storage, Apple’s A11 Bionic processor, the unique Face ID feature and dual cameras with OIS.

You view all the action through either the OnePlus 6’s 19:9 6.28in OLED or the iPhone X’s 19.5:9 5.8in AMOLED display. Both are among the brightest and most vibrant on the market, but Apple’s screen may just about edge it thanks to the True Tone tech that accurately, adaptively calibrates the colours. It’s cool, but it’s reflected in the sky-high price.

The iPhone X also has more pixels per inch at 458 compared to the OnePlus 6’s 402, but that’s because the latter screen is bigger.

The OnePlus 6 is taller and wider than the iPhone X, but both are practically the same thickness at 7.7mm. Despite the large screens, the tall aspect ratios mean neither of these phones feel uncomfortably big in your pocket.

The iPhone is the more premium device and it scores better on benchmark tests, but in all honesty, you will not notice a real world difference between it and the OnePlus 6.

Both phones can handle portrait mode, though we reckon the iPhone X edges it in this department. With OIS on the main sensor on the OnePlus 6 though, this is the best photography set up on a OnePlus phone yet, with better low light shots than before.

But Apple has really pulled it out the bag with the iPhone X, and it is a notch (heh) above the OnePlus in this regard. But by no means does the OnePlus 6 have a bad camera, which is great to say after the relative disappointment of the 5T.

The extra cash you’ll spend on the iPhone also gets you wireless charging and waterproofing, where the OnePlus 6 has neither. It does have a headphone jack though, and we’d actually rather have that than the other two features. It depends what your priorities are.

What are the software differences between OnePlus 6 and iPhone X?

Your choice here is down to whether you prefer iOS or Android. iOS 11 is great and coupled with the gesture controls on the iPhone X is the best version of Apple’s operating system yet.

But OnePlus’ Oxygen OS Android skin is also brilliantly sparse and close to Google’s stock version. Handy things like grey scaling the screen for reading apps and do not disturb while gaming are thoughtful additions.

You can also opt to use gestures on the OnePlus 6, which bear a resemblance to the iPhone X’s, but there are some differences. You have the option to use normal Android buttons though, not an option Apple gives you on the X.

We prefer how Android deals with notifications. It groups them into manageable lists and in priority order, too. The iPhone will not do that, and every notification stacks up into a chronological list of individual bubbles. It’s the main thing we don’t like about iOS and given the OnePlus 6’s software is very close to stock Android, we prefer it.