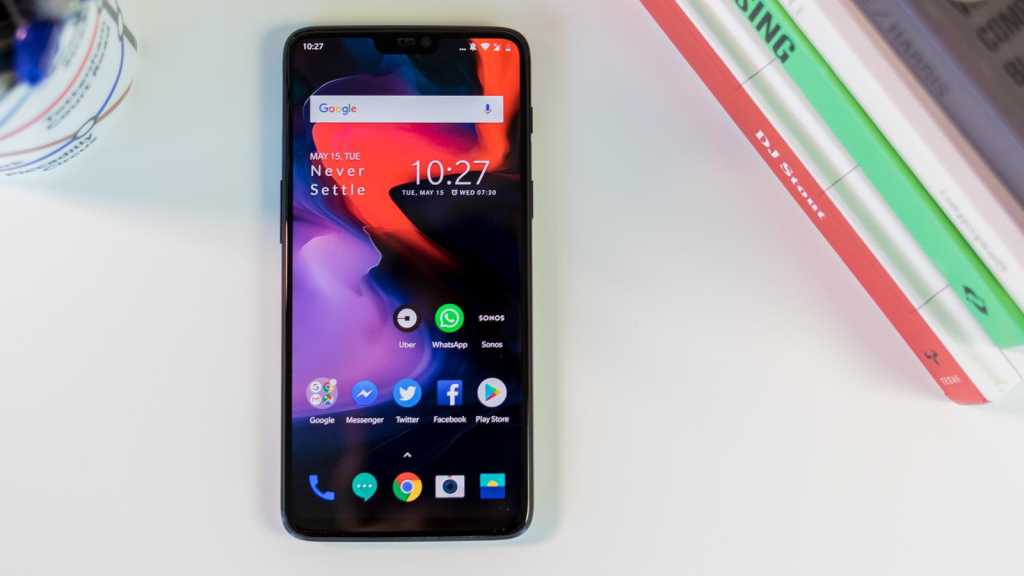 When we reviewed the Samsung S9 back in March we said that it was ‘an amazing smartphone that will be hard to beat in 2018’. This remains true, but with its cheaper price we think the OnePlus 6 just has the edge. A OnePlus 6 might not have the waterproofing, expandable storage, or photographic heritage of the S9, but it does a lot of the same things for about £250 less. If you want the best, and don’t mind paying for the privilege, then the S9 is the one to buy. Those seeking a great Android experience, but wanting to save a decent wedge of cash, will find the OnePlus 6 very hard to resist.

OnePlus is now selling its latest handset, the OnePlus 6, which continues the company’s trend of high-quality components and reasonable prices. So, does the new addition have what it takes to tempt Android users away from the current king of the hill? We compare the OnePlus 6 with the all conquering Samsung Galaxy S9.

These are widely available from retailers and mobile providers, and it’s worth keeping an eye on them as they pop up with discounts from time to time.

Be sure to regularly check our Best Samsung S9 & S9+ deals guide for any bargains.

The OnePlus was announced at an event in London on 16 May and went on general release on 22 May.

There are three variants available, each of which combine different allotments of RAM and storage. Here is the list of options;

You can order an unlocked OnePlus 6 directly from OnePlus or on a contract from O2, who have an exclusive UK deal for the phone.

Read our Where to buy the OnePlus 6 feature for more details.

Android phones have taken on a taller, skinnier design in recent years. The reason for this is simple, as it allows displays to be larger without making the devices impossible to hold.

Samsung and OnePlus adopt this approach with the former installing displays with 18:5:9 aspect ratios, while the OnePlus is marginally larger with its 19:9 panel.

Size-wise the OnePlus 6 sits between the two Samsung devices, being wider and also thinner than both.

Construction sees another shared ethos, with the metal chassis’ adorned with glass backs and curved edges. In the Samsung devices this permits wireless charging, but sadly that feature is missing from the OnePlus 6.

Both the Samsung models feature an IP68 rating, which means that they are waterproof. OnePlus doesn’t include one of these but states that the unit will be fine in light rain showers.

One immediately obvious difference is found when you turn the displays on. Samsung has resolutely stuck to its thin bezels and straight edge across the top layout. OnePlus eschews this in favour of the current Apple-led trend of inserting a notch into the top of the display, where a facial recognition camera is housed.

Flipping the units over reveals fingerprint sensors positioned under the single camera on the S9 and dual-camera units on the S9+ and OnePlus 6. There is also the simple pleasure of finding headphone jacks at the base of all the handsets. Yay!

It’s easy to see that these are attractive, premium-looking devices that are certain to catch the eye, as well as quite a few fingerprints.

Samsung make some of the best displays currently available, and this is borne out by the panels in both the S9 and S9+.

The former features 5.8in Quad HD+ SuperAMOLED Infinity display that runs at a resolution of 2960×1440, while the lager unit is the same except for its 6.2in size.

They are both capable of being very bright indeed, which is good is you’re going to be spending time outside in the sun, and render vivid, rich colours. As we said, these are great screens.

OnePlus doesn’t skimp on this area either, offering a 6.28in AMOLED panel running at a 2280×1080 resolution, which is a just little lower than that on the Samsungs.

The notch along the top will be a matter of personal taste. It seems that most Android manufacturers have opted to include one this year, and opinions on this are definitely mixed.

Should you find the feature annoying, then there is a software setting that will black out either side of the notch, returning you to an OCD-satisfying straight line.

As these are premium devices it’s no great surprise to find that the components inside are top of the line.

Samsung combines its own Exynos 9810 octa-core SoC, with 4GB of RAM on the S9 and 6GB on the S9+. These are bolstered, respectively, by 64GB and 128GB of storage, all of which can be expanded up to 400GB via microSD.

OnePlus opts for the comparable Qualcomm Snapdragon 845 octa-core processor, with options for either 6GB or 8GB of RAM and 64GB, 128GB, or 256GB of storage. You’ll need to decide how much space you’re going to use for the duration of the device’s life though, as there is no option to add a microSD card.

For a more detailed look at the technical specifications of the devices, here’s a full breakdown;

Another traditional area of strength for Samsung is its cameras. The S9 is something of an oddity in 2018, as it only has a single rear lens rather than the dual setup that can be found on most flagships at the moment, including the S9+ and OnePlus 6.

That being said, it’s a highly capable 12Mp sensor with an innovative switchable aperture that offers f/2.4 in bright settings, and a faster f/1.5 for when things get darker. There’s also Optical Image Stabilisation (OIS) to keep things smooth.

The S9+ comes with the same main camera but pairs it with a 13Mp telephoto lens for greater depth in images, plus a dedicated portrait mode.

Both devices shoot 4K video at up to 60fps, and have a super slo-mo mode that can capture 720p footage at 960fps.

The OnePlus 6 is, on paper, a solid performer. The dual-camera combines 16Mp and 20Mp units, with f/1.7 apertures on both and OIS on the 16Mp sensor.

As the OnePlus 6 is still barely out of the wrapping, we will be conducting deeper tests on the camera performance in a variety of settings. So, be sure to check back if you want to see how it stands up to its Samsung rivals.

OnePlus may use its own OxygenOS, but it’s a very light overlay that leaves most things in the Android 8.1 Oreo operating system unmolested. Thankfully there isn’t much in the way of bloatware either, making the OnePlus 6 a fine choice for those who like Android the way Google intended it to be.

Samsung’s TouchWiz interface has been refined a great deal over the past few years, but it is still distinctively different from stock Android in terms of looks and features. Of course, for many people TouchWiz is Android, and if you’re one of those then the 2018 version is the best it’s been.

Opening the app draw will show lots of bespoke Samsung apps vying for your custom – email, calendar, etc. – but these can be replaced by your own personal favourites.

Under the skin there’s Android 8.0 Oreo, although the 8.1 update is expected to appear any day.