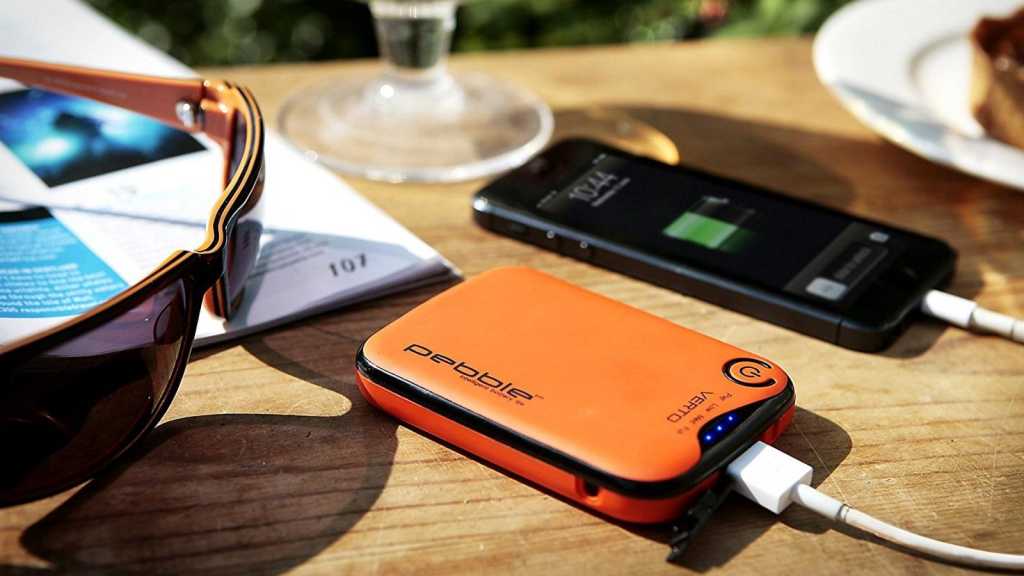 A fun, highly portable design, a cheap price tag and support for older smartphones may be enough to tempt you to buy this power bank. It will charge your phone on the go, but expect nothing more from it: it’s slow to charge and recharge, sorely lacking in features, and is refilled using a DC jack rather than the more convenient Micro-USB or USB-C.

We could talk all day about the differences between various power banks, but let’s face it: we’re not all geeks. For some of us, a power bank is the same as any other power bank. It fits in your pocket and it charges your phone. Job done.

So if we are to ignore the differences in speed, capacity, features and so forth, does it really matter how old it is?

Veho’s Pebble Verto is like a flashback to the days when we first begun reviewing power banks. But it’s also ultra-pocketable and dirt-cheap – just £12.95 at Amazon UK. And that makes it worth a second look for many users.

Let’s start with the good, then. Available in various colours, of which our review sample is a refreshingly bright orange, the Pebble Verto has a funky design with a soft-touch rubber surface that’s great for grip.

Unsurprisingly, given the name, it looks a lot like a pebble. (If you were to paint one orange in any case.) We’re so sick of seeing black rectangular plastic slabs that this fun design makes a nice change.

Just 99g in weight and 63x89x14mm, the Pebble Verto is not going to add noticeable weight to a bag, and it should slip right into your pocket. It comes with a soft protective carry case too, which will be useful for keeping it together with the supplied adaptors.

It’s been a very long time since we reviewed a power bank that didn’t come with a standard Micro-USB or USB-C cable. Instead the Verto has a USB-A cable to which you attach the necessary adaptor for your device to the other end – there’s Micro-USB, Mini-USB, Apple’s old 30-pin connector and a DC jack. 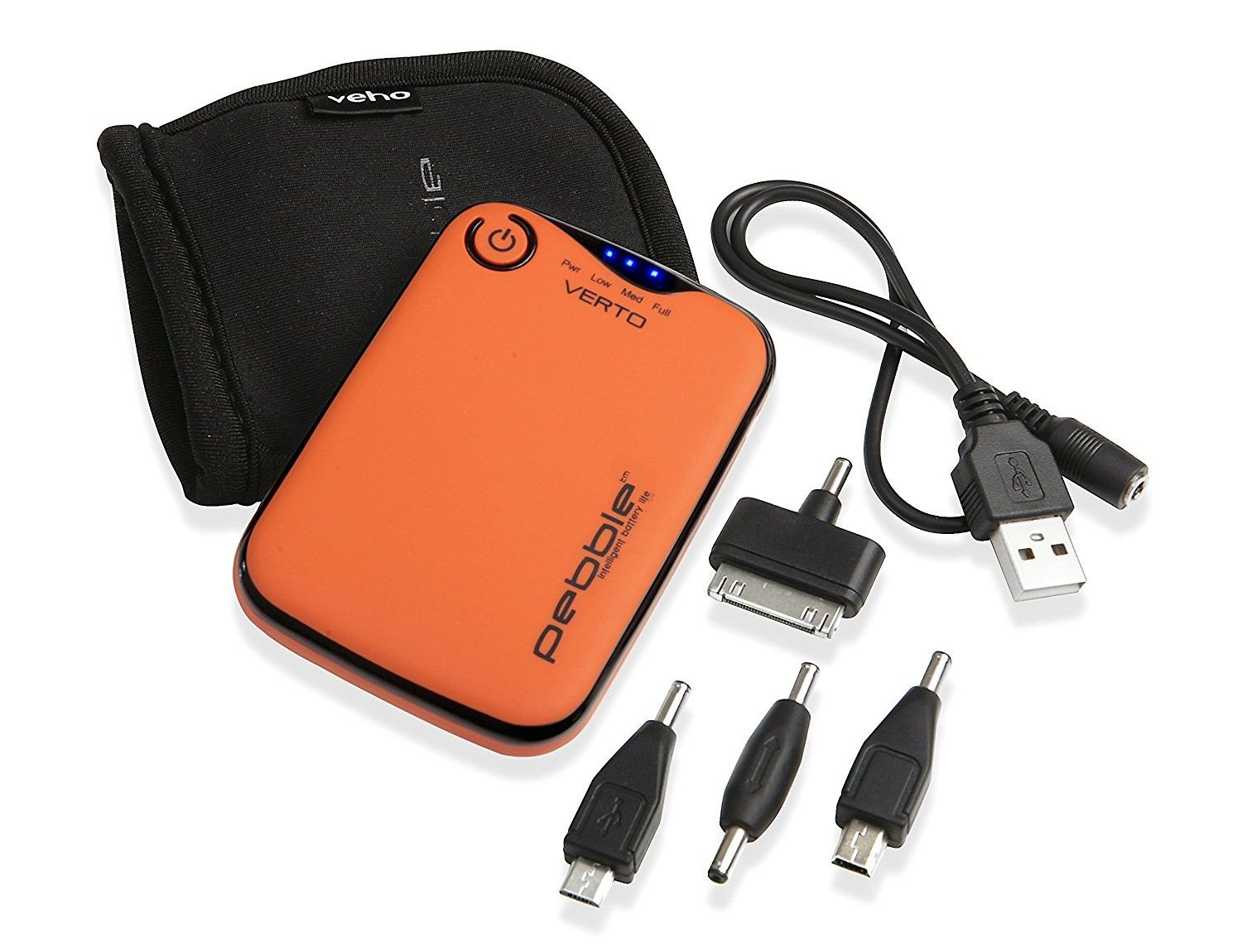 Notably missing are USB-C and Lightning, though if you need either of these you can simply supply your own cable. But don’t lose the adaptors, because you’ll need the DC jack to recharge the power bank.

Recharging over DC is not at all common for power banks. Where it is available it usually allows you to recharge the power bank at a faster rate than is possible over USB, though of course here you are still using USB. Not only is it less convenient than charging over a standard Micro-USB slot, then, it’s also not any faster. The Verto has a very slow 5W input, and does not support passthrough charging.

That’s matched by a very slow 5W output, and charging is not automatic – you must plug in your device then press and hold the power button. You must also manually power off the bank once you have disconnected your phone.

With this in mind things are starting to look less rosy for the Veho, but let’s keep things in perspective: if a power bank will fit in your pocket alongside your phone, does it matter how long it takes to charge it? And with a relatively small capacity, even at 5W it isn’t going to take all night to refill.

The Pebble Verto has an advertised capacity of 3700mAh. All power banks lose some of this capacity via voltage conversion and heat generated, so the industry-standard energy-efficiency rate is actually only around 60-70 percent.

You’ll likely get about 2200-2500mAh available to your phone, and how many times it will charge that device depends on the capacity of its own battery. The Verto will give us around a 70-80 percent charge for our Galaxy S8, but should give an iPhone a full charge.

There are four blue LEDs atop the Pebble, one of which flashes while it’s in use and the remaining three show how much capacity remains. That’s arguably all you need at this capacity – you know if you’ve used it once you’re probably going to need to recharge it before relying on it again.