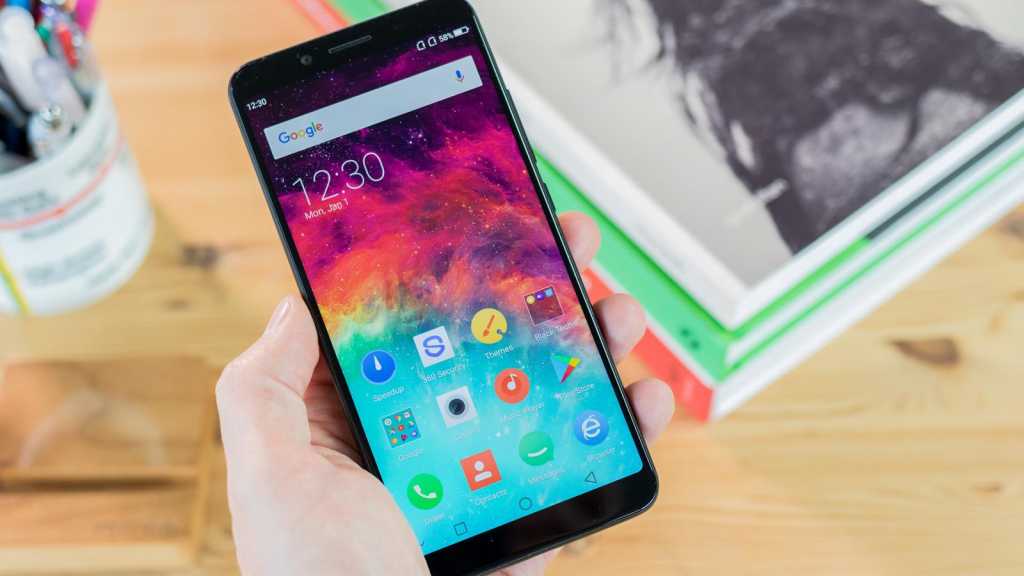 The S2 Pro from UMIDIGI offers amazing value at just a touch over £200 thanks to its large 18:9 display, huge battery and capacious internal storage. Performance and photography are adequate, making this an excellent budget- to mid-range choice, and worth considering as an alternative to the Moto G6 if you need the extra storage or dual-SIM capability.

UMIDIGI’s S2 Pro goes big on all the best bits: big screen, big battery and big storage. And that’s not just what the marketing says.

Despite coming in around £200, only a slightly chunky chassis gives away the fact this budget phone is anything other than a premium device.

There’s an 18:9 display with super-slim bezels, a dual-camera, a capacious 5100mAh battery, and a massive 128GB of storage.

Is this phone too good to be true?

Do remember, though, that this phone ships from Hong Kong. If customs pick it up they will demand 20 percent of the value on the shipping paperwork in import duty, so be sure to factor this into your budget. Read more about what to watch out for when buying from China here.

The S2 Pro is sold unlocked and SIM-free, so you’ll want to pair it with a great SIM deal for the best value long-term.

UMIDIGI is well-known for its good-looking budget phones, and the S2 Pro is possibly the best-looking yet. That’s thanks to a huge 5.99in Sharp TDDI in-cell display that adorns 90 percent of the front of the device.

The bezels are not as slim as you might see on the latest flagships from the likes of Samsung and LG, but they’re pretty minimal. Very little space is found above the screen, and the chin is short thanks to onscreen navigation buttons.

With more screen area available, the S2 Pro becomes attractive as a device for watching movies and playing games. At this price you’ll not be surprised to find it doesn’t offer class-leading performance, but the Helio P25 chip inside is more than up to casual gaming.

It’s a nice screen too, usefully bright which is handy in direct sunlight, and with good colours and strong viewing angles. It is only Full-HD in resolution, and we’d like to see Quad-HD at this size, but text and images are fuzz-free. Even the latest Samsung Galaxy phones now default to Full-HD.

The 18:9 panel makes this smartphone look like a premium device, and that is mirrored elsewhere in the design. A Gorilla Glass 4 protective screen layer and sandblasted metal unibody chassis make the S2 Pro feel tough and built to last. It comes with a free case in the box, too.

It’s arguably a little on the heavy side at 188g, and relatively chunky too at 8.8mm, but the tall aspect ratio of the 5.99in screen and curved rear edges mean it’s easily manageable in a single hand.

The chunk is partly due to a massive 128GB storage and two-day, fast-charging 5100mAh battery inside (0-100% in 150 mins). A pin-operated SIM tray high on the left edge can accommodate either two SIMs or a single SIM and a microSD card, allowing you to boost storage by a further 256GB.

Though we don’t usually like these hybrid SIM trays that force you to choose between storage and connectivity, here you wonder who might actually need more than 128GB built-in. At around £200 that’s very impressive.

Elsewhere around the phone’s edges you’ll find a reversible USB-C slot, but no headphone jack. You’ll find an adaptor in the box for plugging in a standard pair of earphones, or you can make use of the phone’s mono speaker. It’s surprisingly loud, though really rather tinny at max volume.

Around the back of the S2 Pro are subtle antenna lines top and bottom to improve reception, and a vertically stacked dual-camera, two-tone flash and fingerprint scanner. The UMIDIGI logo at the bottom is relatively small and unobtrusive.

The UMIDIGI S2 Pro runs a Helio P25 chip from MediaTek, which has eight cores and is clocked at 2.5GHz. This integrates the Mali T880 GPU, and is paired with a substantial 6GB of RAM, all of which leads to much better performance than you should expect at this price.

It’s very closely in line with the Moto G6 in general performance. In GFXBench the UMIDIGI recorded 841 points single-core and 3882 points multi-core to the Moto G6’s 752 and 3972.

The Moto G6 fell slightly behind in GFXBench graphics, recording 20fps in T-Rex where the S2 Pro could muster 22fps. In reality both are more than capable of casual gaming and video playback.

You can see the full benchmark comparison in the chart below.

In terms of connectivity the S2 Pro lacks NFC, but includes 802.11n Wi-Fi, Bluetooth 4.0 and GPS. The 4G support covers all UK bands, and there’s the aforementioned second slot if you’d rather use that than boost the internal storage.

The S2 Pro has a dual-camera at the rear that lets you create the bokeh (blurred background) effect, though this must be applied at the composition stage since editing tools are restricted to exposure, contrast, shadows, vibrance and hue, plus a black and white filter.

There are seven other filters you can apply before you take the shot, plus Beauty and ‘FaceCute’ modes that seem to do the same thing: smooth your skin and widen your eyes. Snapchat-style lenses and stickers are also be applied, though they are limited and gimmicky.

All these extras are available for video, too, and the S2 Pro can record 4K, slow-mo and time-lapse footage. It’s not bad, but the mic seemed to pick up a lot of background noise in our tests.

Leaving aside the gimmicks, the Sony-made cameras are quite acceptable for a phone at this price. Rated at 13Mp and 5Mp at the back, and 5Mp at the front, they don’t offer pin-sharp detail but in good conditions they produce a nice shot.

As you’ll see in our Auto and HDR examples below, the camera was capable of picking up individual bricks and the street sign on the building across the road, though more noise is introduced toward the edges of the photo, which are 4:3 by default.

HDR mode made a notable difference, even on a sunny day like this, and that can’t be said of all budget phone cameras.

Low-light performance is less impressive, and the UMIDIGI struggled to accurately light the scene without the aid of its two-tone flash. It has had a hard time picking out the different shades of black here, and text is fuzzy.

The front camera supports Face Unlock, which takes only a second or two to enable access to the phone once you’ve woken the screen. It’s handy if you don’t want to use the fingerprint scanner or type in a PIN, though unlike those options it requires good lighting to work effectively.

One of the down sides of the S2 Pro is the fact it’s running Android 7.0 Nougat with no upgrade in sight. With Android P nearing consumer release, we cannot be sure that the UMIDIGI will ever even see Oreo at this stage.

Nougat is still a good OS, if not the latest, and it’s overlaid here with UMIDIGI’s own UMI 2.0 UI. Aside from the lack of an app tray it’s really not all that different, and functions exactly as would any other Android phone.

There are some unfamiliar apps preinstalled, however, such as an App Store and Themes store, Freezer (a place for unloved apps where they can’t hog resources), Clone (a phone-to-phone data transfer tool), Super Share and FreeShare (sharing apps), 360 Security, App Cleanup, Speedup and Avatar Master (for cloned apps).

You’ll also find some additions in the Settings, such as the bizarrely named Eyebrow mode, which lets you adjust the blue, green and red light filters and enable a night mode that reduces screen brightness. You can also customise the colour of the notification LED to display for calls, SMS and other notifications.