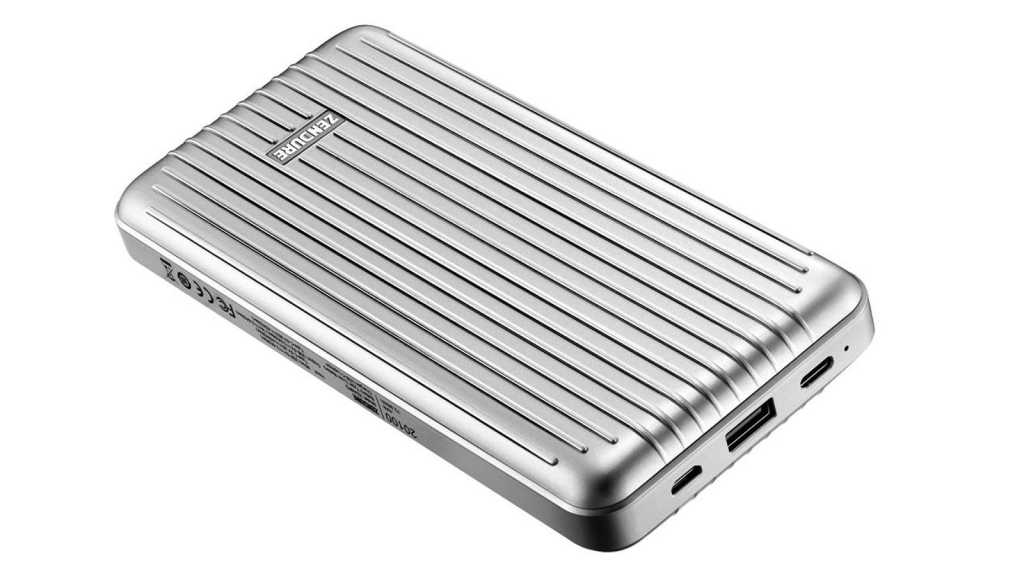 One of the fastest USB-C PD power banks we’ve come across, and certainly one of the best designed. Zendure’s 45W A6PD stands out for its extreme energy efficiency and ability to hold a charge for six months just as much as it does its good-looking rugged design. Not the cheapest laptop power bank you’ll find, but absolutely one of the best.

This is the first Zendure power bank we’ve tested with a USB-C input/output, but while Zendure is late to the party it has come in style with the A6PD. This isn’t just any old USB-C port, it’s a Power Delivery 2.0-specified port that can accept or deliver up to 45W – that’s enough for fast-charging not only your phone, tablet and other USB devices, but many USB-C laptops too.

When used as an input it means you can refill this power bank in as little as four hours, and as an output it’s meatier than many we’ve seen. The majority tend to offer around 30W, but at 45W this Zendure matches the Dodocool 20100mAh PD charger currently riding high in our best laptop power banks chart. That’s important, because not all USB-C laptops require the same amount of power, and 30W banks are typically compatible only with the USB-C MacBook. (Check the spec of your current laptop charger to be sure.)

The Zendure costs an extra £7 over the Dodocool, available from Amazon UK for £51.99 ( Amazon US for $70.99), but there are plenty of reasons why you might prefer the A6PD, including its good-looking and ultra-tough build.

Built from an ABS/PC Composite, the A6PD has the same rugged build as previous power banks in Zendure’s line-up. It used to market these devices as tough enough to run over in a McClaren, and though that no longer seems to be something it shouts about the A6PD certainly seems as if it would stand up to that amount of force.

Our review sample is a gloss black, though it’s also available in silver. It has a ribbed exterior that has always reminded us a little of a Pelican case, significantly aiding grip in the hand. The single button has been moved from the familiar front position to the power bank’s side, where it also sits with four LEDs used to show how much power remains. We’d rather see an LCD screen for an exact readout as this capacity, but we can’t complain.

So how much exactly is 20100mAh in the real world? Zendure stands out among power bank manufacturers for its 80 percent energy efficiency rating, where most others can support only up to 70 percent. Its devices will also hold that charge for up to six months.

You won’t necessarily use this Zendure to charge only one device, of course. It actually has two inputs and two outputs, though you’ll see three ports on one end of the bank (this is because the USB-C port is both input and output). We’ve already raved about the 45W USB-C port, but the full-size USB-A is pretty impressive, too. It can fast-charge at up to 18W, which is Quick Charge 3.0 speed. Pleasingly, the Zendure can support both outputs at max speed at once.

The second is a Micro-USB, faster than many at 12W, but no match for the USB-C port for refilling this bank. When it does come to recharging the Zendure you’ll find you can do so while charging a connected device. This is a process known as Charge-through or passthrough charging, and allows you to use a single mains outlet for charging multiple devices. It’s very handy.

Zendure supplies a USB-A- to USB-C cable and a cloth carry case in the box.