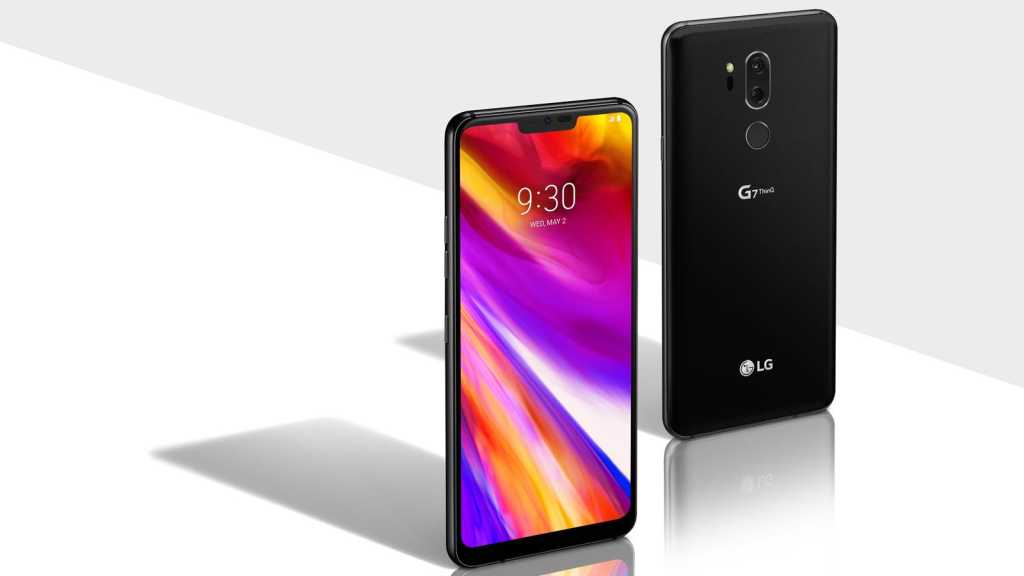 The G7 isn’t a massive departure from the G6, but LG has made improvements in the areas that count: the new LG phone is faster, has an enhanced screen, and photography is also improved. It offers good value, but costs a lot more than the G6.

The LG G7 ThinQ is a reasonable upgrade over the now year-old LG G6, with faster performance, a larger and more modern-looking screen, more storage and some camera enhancements, partially enabled by the addition of new AI smarts. It won’t go on sale until 31 May, but when it does its £594 price tag (from  Unlocked-Mobiles) will place it in a different league to its predecessor, which can now be bought SIM-free for just £339. Is the G7 worth the extra money?

We’ve outlined the key features in each phone below to help you make a purchasing decision. Though we haven’t finished our in-depth testing of the G7 ThinQ, we can say we’re more impressed with it than we were the G6, and it could well be worth an upgrade if one is due. But the G6 is still a great phone, and will offer excellent value for money by comparison.

The display was one of the most talked-about aspects of the LG G7 ThinQ ahead of its launch, and unsurprisingly so given that LG let the cat out the bag in a press release before the release.

The reason for that talk is the new notch found at the top of the display (shown below), as seen on the iPhone X. It’s a bit like Marmite, with some claiming it’s ugly and others appreciating the extra screen space that it allows. An option in the Settings lets you take it or leave it, with this area of the screen (known as the ‘Second Screen’) customisable to show notifications if desired.

The display is still an IPS panel, but the G7 uses an MLCD+ or ‘Super Bright’ screen. It’s capable of 1000 nits for up to three minutes to aid outdoor visibility, and it has complete coverage of the DCI-P3 colour gamut. All this is possible without consuming more energy.

Leaving aside the screen itself for the moment, you’ll notice the LG G7 also has slimmer bezels than the G6, with a much shorter chin (around 50% smaller). This is thanks to the new aspect ratio. The whole thing has been stretched out, but while it’s 4mm taller the G7 isn’t any wider, thicker or heavier.

The G7 also gets a dedicated button for calling up the Google Assistant, but otherwise the design is very similar. Both are virtually all glass at the front, with glass rears to boot. Gorilla Glass 5 is present on both sides for protection. (Also see: Best LG G7 cases.)

The fingerprint scanner remains in situ on the back, but the dual-camera now adopts a vertical- rather than horizontal alignment.

As before the LG flagship is waterproof with IP68 certification.

When the LG G6 launched in 2017 it was forced to use the older Snapdragon 821 processor, given that the Galaxy S8 held the exclusive on the then-new Snapdragon 835. This put it at an instant disadvantage, competing with 2017 flagships with a 2016 processor.

Fast-forward to 2018 and this is no longer an issue: LG now specifies the same second-gen 10nm processor as its rivals, including the Galaxy S9 (in some territories at least). This is the Snapdragon 845, and compared to the 821 it promises significant improvements in performance and energy efficiency.

The new CPU also allows the LG G7 ThinQ to do fancy AI stuff with its also enhanced primary camera, automatically optimising settings for various shooting scenarios – there are 19 in total.

The processor is paired with either 4GB or 6GB of memory, and 64GB or 128GB of storage. In the UK we’ll see the 4GB/64GB model. Performance is significantly better, as you’ll see in the chart below.

Battery life will likely be around the same. Though the G7 takes a hit with a 3000mAh battery against the G6’s 3300mAh cell, its processor, display and native OS are also better optimised for energy efficiency. Its wireless charging is also no longer a US-only luxury.

Audio should also have improved, with the LG G7 now including what LG markets as a BoomBox Speaker. In essence it is able to use the internal space as a resonance chamber to amplify bass. The new LG phone also supports DTS:X surround sound, and has a Hi-Fi Quad DAC that is not exclusive to Korea.

As well as adding the aforementioned AI smarts that can improve photography, LG has also upgraded each of the cameras. In place of the LG G6’s 13Mp dual-camera is a new 16Mp dual-lens model, with an improved aperture of f/1.6 and f/1.9 over the previous f/1.8 and f/2.4. As before OIS is supported on the main lens, and there’s a new Super Bright mode for enhanced low-light photography.

The front camera has also been boosted from 5Mp to 8Mp, which will be interesting if you’re a selfie queen or often known to video chat.

These are all simply numbers on a screen, of course, and we want to physically test the G7’s cameras before making any firm conclusions. Though we have spent some time with the LG G7 and are impressed with what we’ve seen so far, our testing was with a pre-production model.

Read our full reviews of the LG G6 and LG G7.